Hotel Forum was a monstrous concrete carbuncle of a hotel built during the Soviet era (started in 1978, it took 11 years to complete) next to the Vistula river in the middle of the city. It represented unprecedented luxury in Poland at the time, and featured a swimming pool, mini golf and a casino. But it only stayed open for 13 years – a design fault led to the basement constantly flooding, and it stood decaying and abandoned for many years. The long-term fate of the building is still uncertain, but five years ago, a group of creatives set up Forum Przestrzenie, a contemporary cultural centre with a bar and a good kitchen, which is now one of the hippest venues in the city. Local beers cost about 8zl (£1.65), pizzas from £6.30. Alongside concerts, movie screenings, food and fashion shows, locals come to relax on deckchairs and enjoy the sunset, with Wawel Castle across the river. DJs provide extra ambience. It has a very relaxed atmosphere in a retro setting.
• Ul Marii Konopnickiej 28, forumprzestrzenie.com 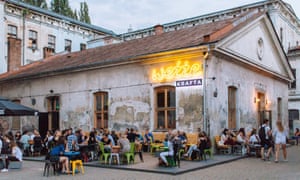 A few minutes from Kraków’s tourist-thronged main square (Rynek Główny), Tytano is an old tobacco factory whose production halls and offices have been turned into bars, restaurants and clubs. The high ceilings, large loft windows and exposed brickwork have all been retained, and the complex is closed to traffic so people can stroll between venues. Among the most popular are Weźże Krafta, which offers more than 30 local craft beers on tap (Polish IPA at around £2.50); cocktail specialist Lastriko; and Veganic, which serves vegan fare such as beetroot falafel burgers and cabbage leaves stuffed with red rice and boletus mushrooms (main from about £5). There are concerts and fashion events throughout the year and most venues have indoor and outdoor seating. It has just been announced that the site will be developed into a hotel in the next few years, so enjoy it while you can.
• Ul Dolnych Młynów 10, on Facebook 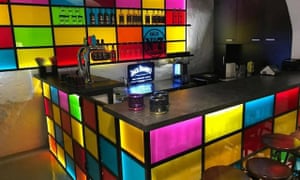 This newly opened straight-friendly gay bar is on two levels in a historic tenement building near the main square. Before you step inside, a little history about the building: in 1944 two women, Halina Buyko and Maria Grzybowska, fled to Kraków after being involved in the failed Warsaw Uprising against German occupation. They started serving pastries and then established a cafe, U Warszawianek, which quickly became a meeting place for artists and authors. When it closed its doors in 1990, Kraków lost an important creative hub. But the tradition is being continued today by the Lindo Cafe, which as well as being a buzzing bar serving regional beer and cocktails in its rainbow-lit cellar area, shows local artists’ work, and hosts party nights and LGBT movie nights.
• Lindo Bar, ul Sławkowska 23, on Facebook 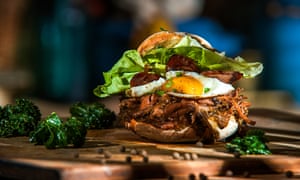 At the Bezogródek food truck in Błonia Park, you can try anything from Hungarian langosz (fried dough cakes) to Thai ice-cream. But my favourite is Andrus food truck at the Skwer Judah food court in the Kazimierz district (see below). Andrus takes a traditional Polish pork dish, called maczanka Krakówska, and gives it a twist by marinating the pork in his secret signature sauce for 48 hours and serving it in a warm bun with onion and pickles. Other combinations include horseradish and fried egg, and the showstopper comes with beetroot mousse and dark chocolate. Bring wipes as this sandwich is as messy as it is delicious (£2.60).
• Andrus Food Truck, ul Wawrzyńca 16, on Facebook; Bezogródek – ul Piastowska 20, on Facebook 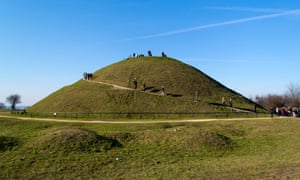 Looking at Kraków’s skyline from Wawel Hill (seat of the Polish government in the Middle Ages and the Renaissance), you’ll notice a few lumps on the surrounding hills. These are the Krakówskie Kopce or Kraków Mounds. The oldest – Kopiec Krakusa and Wandy – are believed to have been built by pagan tribes several thousand years ago. Kopiec Krakusa is located across the river in Old Podgórze and is said to be the burial site of Kraków’s founder, King Krakus, although no grave has ever been found beneath it. There is a large lawn at the foot of this mound, great for a picnic with a view. During the summer solstice the mounds are in alignment with the sun rising at Kopiec Wandy and setting at Kopiec Krakusa. Two newer mounds commemorate Polish generals, with the most visited being Kopiec Kościuszki, finished in 1823, which offers spectacular views of Wawel Castle, St Mary’s Basilica, the Main Square and Błonia Park. The largest mound is Kopiec Piłsudskiego, constructed in the 1930s, and located in the Las Wolski forest next to Kraków Zoo. 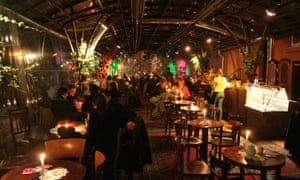 This cafe and bar is attached to the Bunkier museum of contemporary art, which hosts many exhibits, including the World Press Photo Contest. The building, designed by Stefan Borzęcki and Antoni Hajdecki in 1965, is one of Poland’s few examples of brutalist architecture and was the first modern building within Kraków’s old town. It’s in Planty Park, where the medieval city walls stood until the early 19th century. The cafe has different sections: snug, antique corners with wing-backed chairs, a larger tunnel-like greenhouse affair and an outside terrace facing on to the park. This is one of the few places in Kraków where you can drink tank beer – beer that is not pasteurised or micro-filtered and is less carbonated (about £2).
• Plac Szczepański 3a, en.bunkiercafe.pl 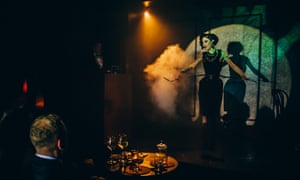 While the rest of the world has speakeasies, Kraków has its “lost bars” – though the principle is the same. The first bar to hide its door was Mercy Brown in 2015. It’s located in the Smakolyki restaurant, and you gain access through the cloakroom, down a hallway and up a flight of stairs to the hidden courtyard of an historic tenement building. Once inside, the vintage decor offers a small glimpse of what life was like in Kraków in the 1920s – there’s soft lighting, chandeliers and frilly lampshades, velveteen couches and golden drapes. The menu is short and simple and drinks cost £4-5, including signature cocktails such as tea time – gin with jasmine tea cordial accompanied by elderflower liquor served in a china tea cup. Finding a seat can be difficult so reservations are encouraged. Regular events include burlesque shows and cocktail mixing competitions. Other lost bars worth searching out include Sababa, Z Ust do Ust and Lost Bar.
• Straszewskiego 28; on Facebook 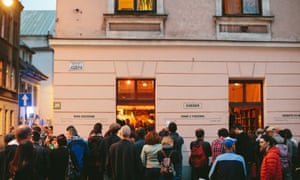 For 500 years, Kazimierz was the bustling centre of Jewish life and culture – until it was destroyed and its inhabitants were forcibly removed to the Kraków ghetto just across the river in Podgórze by the Nazis in 1941. During the communist era, it was a rundown quarter of the city that most people avoided. But since the fall of communism in the 1990s, and when it came under the spotlight of Steven Spielberg’s movie Schindler’s List, it has once again transformed into a buzzing, bohemian neighbourhood packed with bars, cafes and historic sights – the Remuh Synagogue traces its roots back to the 1550s; the Galicia Jewish Museum chronicles the sobering history of Polish Jews. Plac Nowy, the heart of the district, is home to flea markets at the weekends with antiques, books and food stalls – grab a traditional zapiekanki (pizza breads packed with toppings) from one of the stands or holes-in-the-wall in the square. Cheder, which was opened by the Jewish Culture Festival Association in a former prayer house, is a venue for lectures, film screenings, concerts and other events and serves Israeli-style coffee alongside traditional mezze (£4.30 for five small dishes with pita bread). The Jewish Culture Festival runs from 22 June to 1 July.
• ul Józefa 36, jewishfestival.pl/pl/cheder 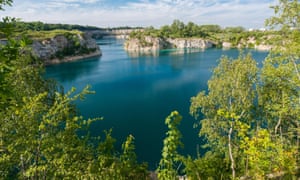 Once a limestone quarry where Karol Józef Wojtyła (AKA Pope John Paul II) worked during the second world war to avoid forced labour in Germany, this lagoon just beyond the city centre was created in 1990 when the quarry was flooded. Now Zakrzówek is an oasis of turquoise waters and cliffs where locals come on hot summer days to stroll, sunbathe and enjoy barbecues. Swimming here has been banned on safety grounds, but there’s a scuba diving school at the site. Thanks to its vertical limestone walls and good visibility, it’s considered one of the best diving sites in Poland. It’s a special place because you feel as though you’ve trekked through forests to get to the lagoon – then you climb a hill, and realise you’re on top of the city centre. But visit soon: the city has voted to redevelop the site for recreation, and although it will reintroduce bathing, it’s sure to lose its sense of wilderness.
• The nearest bus (number 194) and tram (18) stops are Kapelanka and Norymberska

Kraków locals love their ice cream. The longest queues – up to an hour in summer – can found at Lody na Starowiślnej, which has been serving a short menu of flavours – vanilla, chocolate, nuts, blueberry, wild strawberry, raspberry and coffee for 55p a scoop – for the past 30 years. Owner Stanislaw Sargi makes fresh batches everyday using natural, local ingredients.
Open everyday 9am-8pm, ul Starowiślna 83, on Facebook

Getting there
Ryanair, Easyjet, BA, Jet2.com fly to Krakow from various UK airports.

Stay
Venetian House Aparthotel has modern apartments in the main square from £68 a night for two.

Retaining the customers you have ·

Chern’ee shares her culture through her art ·

2019 Outlook: Aviation market to expand at a slower rate this year