According to easyJet data, around 30 percent of Britons are planning to visit Spain this year. However, Britons will need to follow some strict beach rules.

Beaches across Spain are governed by individual regions so areas often have their own specific rules.

From this Friday (July 8), tourists can no longer smoke cigarettes on the beach in Barcelona.

A smoking ban is already in place in other areas of Spain such as Majorca and fines for lighting up are around £25.

The ban has been introduced to combat litter as cigarette butts are unsightly and can damage the natural environment. 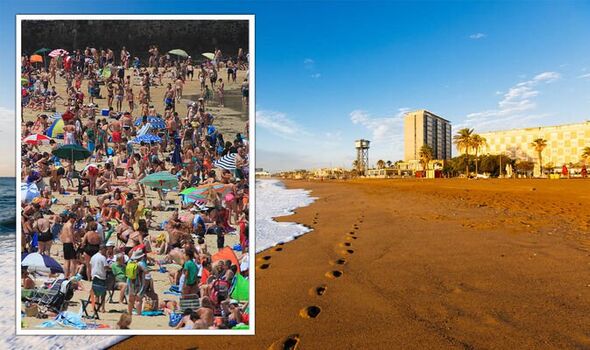 Washing with soap and shampoo at the beach is illegal across Spain due to the damage the products can cause.

Although most Spanish beaches will have public showers for beachgoers, using products is forbidden.

In some areas, including Malaga and Benidorm, washing with soap in the sea is also banned and punishable by a fine.

The fine for using products in the beach showers is around £642, according to Health Plan Spain.

A new unusual law introduced in Vigo in Galicia will see holidaymakers fined for urinating in the sea.

The strange new rule is designed to clean up Vigo’s beaches and anyone caught will be fined 750 euros (£642).

It is not yet known how the city plans to catch perpetrators or if other Spanish cities will choose to introduce the fine.

Barbecuing is also against the rules at some Spanish beaches with police approval required for a smoky feast. 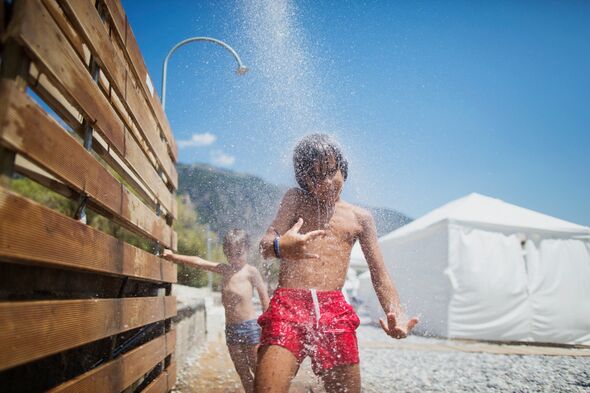 In Granada, beachgoers can be fined £2,500 for lighting a barbecue or any kind of fire on the beach.

Barbecues can start fires and can be extremely dangerous for the guests and other beachgoers.

Recently, a child was injured in the UK after stepping on a barbecue which had been buried under the sand.

British tourists will also need to stick to strict beach curfews in some holiday destinations this year.

In Benidorm, tourists are not allowed to access the beach between 11pm and 7am or drink alcohol there.

This rule is designed to prevent accidents and to keep drunken tourists away from the sea.

In some areas tourists are not allowed to walk around shirtless away from the beach in Spain.

Tourists should make sure to bring a cover up so they aren’t breaking any laws after leaving the beach.

These New Luxury Road Trip Itineraries Are the Best Way to See the U.S. This Summer – Mercedes Included