Casa de Campo has been a fixture in La Romana for nearly 50 years, the first resort in the Dominican Republic and one of the most luxurious.

Best known for being a golfer’s paradise thanks to its three Pete Dye courses (including Teeth of the Dog, the number one ranked course in the Caribbean), Casa de Campo is also home to three beaches, outstanding restaurants, an equestrian center and a marina.

Though it has been in existence for almost five decades and has a loyal following of discerning travelers and celebrities, Casa de Campo is by no means taking its well-established reputation for granted.

Over the past two years, resort owners have invested significant sums of money upgrading and renovating the 7,000-acre enclave, adding everything from a new pool and retail offerings to an exciting new gathering space.

“As a resort facility, there’s nothing like it in the world, it’s an amazing destination,” began Kycek. “And from an improvement standpoint, we’ve done more improvements in the last three years than at any other given time in the property’s history.”

Among the first projects to be completed was the addition of Minitas Beach club, a space that includes a pool overlooking the ocean, as well as a show kitchen, private cabanas and gazebos. 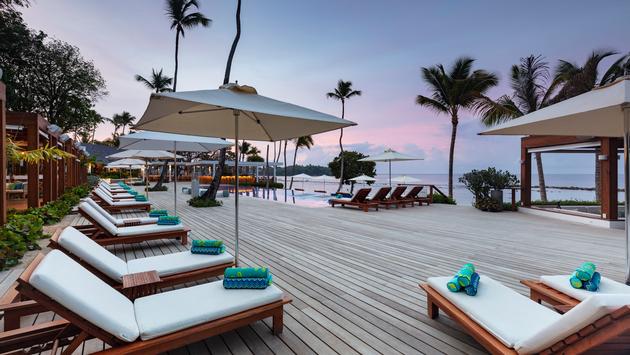 “We have a beautiful beach, but never had a pool area and for the high-end traveler we wanted to create that environment,” explained Kycek. “A lot of people want to be at the beach but don’t want to go in the water.”

Following on that significant project, the resort next added a family pool area, which was completed in November 2018. The fun and inviting new space includes children’s pools, retail shops and two food trucks.

“That added a whole new dimension to the resort,” continued Kycek. “It’s really exciting being here and seeing all of these projects come to completion and seeing everyone using the beach and the pools and shopping in the shops.”

Though the new beach club and family swimming areas are impressive, that is still not the complete list of renovations the resort has recently undertaken. 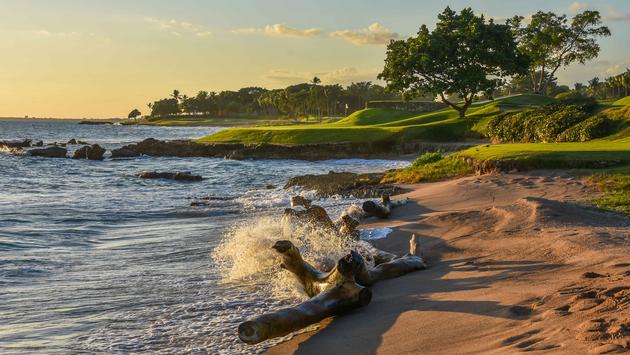 Given that golf is one of the biggest attractions at the resort, there have also been a few upgrades on that front as well, including the addition of a new golf learning program called Trackman Golf Simulator, which is part of the resort’s recently completed golf learning center.

All of the rooms at the resort now meet the Leading Hotels of the World standards, said Kycek.

“It was a hard renovation,”Kycek explained. “They completely ripped walls and flooring out and went all the way down to dirt, installing new plumbing, new electrical and redesigning rooms as well, modernizing them.”

The spacious rooms are now more efficiently laid out and all include such highlights as walk-in showers.

“Before they were dated rooms,” added Kycek. “Now, they are modern, state-of-the-art rooms.”

Having reopened in November 2018, the newly renovated rooms are barely a year old. 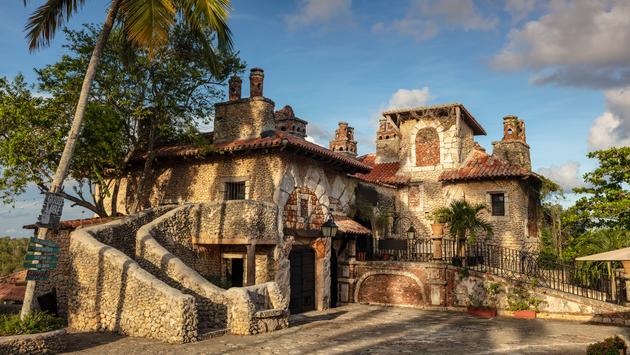 These are just a few of the many renovation highlights at the resort. Kycek also touched upon several other notable projects including a new Mexican restaurant in Altos de Chavon, the resort’s artist community; and later this year a brand new indoor, outdoor meeting venue that can accommodate up to 600 people, is scheduled to be completed.

The venue will offer views of the ocean and the surrounding river valley.

“The resort’s owners have been very supportive. All the money we are making they are reinvesting back into the property and the property is in the best condition it has ever been in,” said Kycek.

Are you interested in staying at this property? Travel agents have access to huge savings you’d never find booking on your own. Enter your email below and one of our expert travel agents will be happy to help you save money!

Flight passenger shocks with bizarre on-board hygiene method – why have they done this?