Google Maps Street View has become increasingly popular with users looking to spot unexpected moments happening around the world. Though these incidents are sometimes snapped by accident, others have been planned by the people caught in the images.

This seems to be the case for one cheeky chap who was spotted in a beachside car park.

The man, who appears to have just returned to his car from a day surfing, is joined alongside another male who could be a friend.

It appears to be a particularly sunny day in the unknown location, which both dressed for the warmer weather.

Both men are wearing black shorts and also seem to be wearing baseball caps. 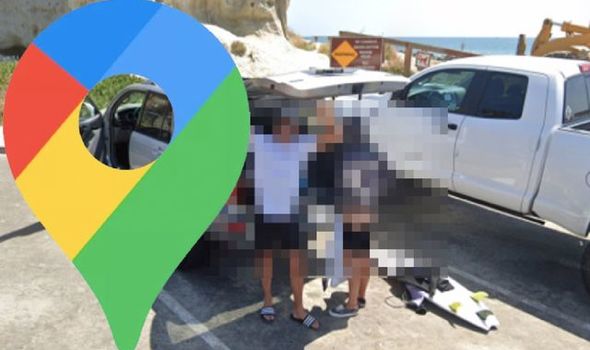 The duo seems to be unloading or reloading their car.

While the boot of the vehicle is popped open, a surfboard is strewn on the floor to the side with a wetsuit crumpled on top of it.

One of the men is also holding a towel, suggesting he is in the middle of getting dried.

However, their seemingly innocent presence in the car park is not what has caught viewers attention.

Instead, it seems one of the men wanted to pull something of a prank on the camera.

It is clear both men are aware of the camera’s presence, with one of the men looking directly at the camera as he holds both arms up.

With his fingers outstretched, he appears to be waving.

The second of the men, however, took a less traditional approach to greet the camera. 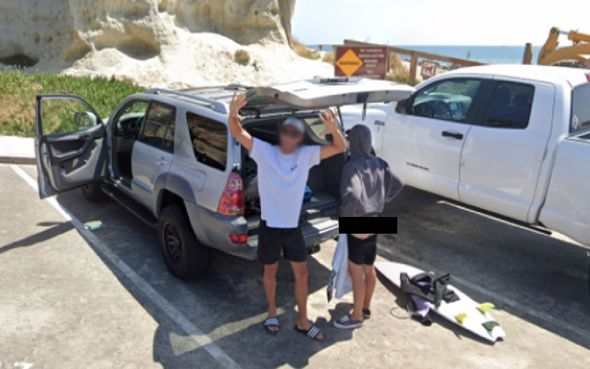 With his back to onlookers, he has pulled down his shorts to reveal his bare bottom.

Luckily, his identity is concealed.

The man has a grey hoodie on, with his hood completely up over the top of his baseball cap.

This is not the first time a beachgoer has decided to put on a rather lewd display for the Google Maps Street View cameras.

In Tulum, in Mexico, one couple decided to reveal themselves after they noticed a Google worker gathering images on foot.

The twosome can be seen removing their swimwear, exposing themselves entirely.

They then proceed to run in front of the camera, stopping to pose or make gestures every now and then.

In relation to nudity, Google assures it always blurs images.

The Demand for Travel Education Is on the Rise