It’s the Riviera, but not the French or the Italian one… The BULGARIAN RIVIERA is set to be a summer hot spot – and here are some great deals for stays there

Every week our Holiday Hero Neil Simpson takes an in-depth look at a brilliant holiday topic, doing all the legwork so you don’t have to. This week: why summer bookings to Bulgaria are booming.

It’s the Riviera, but not the French or the Italian one. Think instead of the Bulgarian Riviera, which is set to be a summer hot spot.

Airline Jet2 says it has already taken so many bookings to the region that it will lay on dozens of extra flights next July, August and September, and the firm has also revealed plans to offer a record number of peak-season hotel choices in Bulgaria’s main seaside resorts.

Jet2 boss Steve Heapy says: ‘Many of us still see holidays as essential purchases and demand is particularly strong where there’s good value to be had, which is certainly the case in Bulgaria.’ 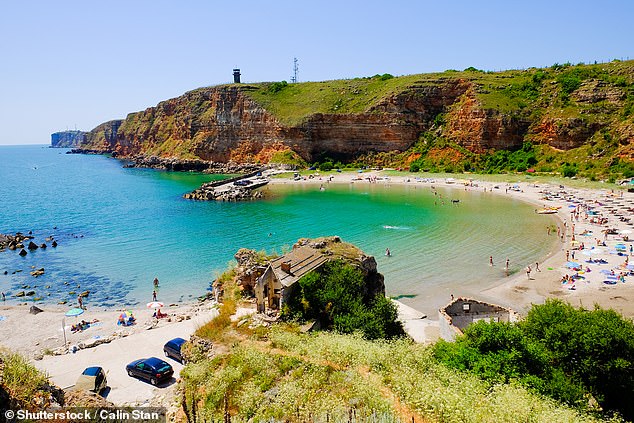 Airline Jet2 says it has already taken so many bookings to Bulgaria (the country’s Bolata beach pictured) that it will lay on dozens of extra flights next July, August and September

The latest holiday money report from the Post Office shows that the cost of a typical day in the sun on the Black Sea coast – the area that makes up the fast-growing Bulgarian Riviera – remains far cheaper than in rival European resorts.

The researchers’ eight-item holiday shopping basket (including a bottle of water, coffee, sunscreen and an evening meal with drinks) costs just £26 in Bulgaria. In Cyprus the bill is £56, on the Costa del Sol it’s £60 and in Lanzarote £71.

Tour firms such as On the Beach have scores of school holiday weeks in Bulgaria next summer from under £550pp, including flights and transfers. Many also include the firm’s free fast-track security offer at departure airports. Pick the Sunny Victory Apartments and as well as two pools and an on-site store, the resort comes with rooms with fully equipped mini-kitchens. Stays cost from £522pp for a week in July (onthebeach.co.uk). 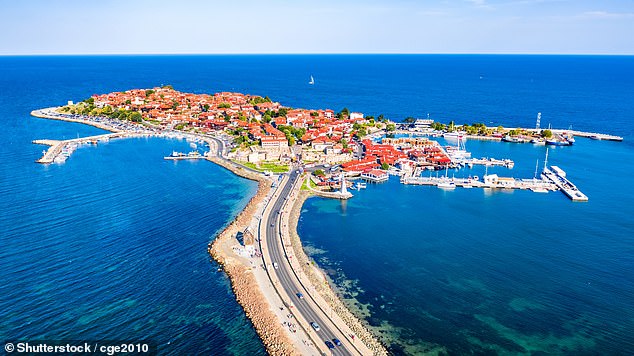 Black sea pearl: The small town of Nessebar, above, is a Unesco World Heritage Site set on a narrow peninsula with a 5th Century church, restored frescos and narrow streets of traditional, timber-framed houses to explore

Holidaying in Bulgaria doesn’t mean skimping on style either. Along with thousands of extra seats on new flights from Birmingham, Leeds-Bradford, Manchester and Newcastle, Jet2 has introduced sleek hotel and spa complexes in Bulgaria, including Secrets Sunny Beach Resort.

The adults-only retreat promises infinity pools, swim-up bars, sea-view suites and a seaside grill on the beach. All-inclusive weeks next summer start at £679pp from Leeds-Bradford. Another ‘Luxe Collection’ option for families that’s new for 2023 is the marina-side Voya Beach Resort with direct beach access, a spa for parents, a kids’ club and mini aqua park for children. All-inclusive weeks cost from £649pp from Birmingham Airport (jet2holidays.com).

Sightseeing options are also increasing all along Bulgaria’s Black Sea coast, where wide, sandy beaches are occasionally broken up by pretty, rocky coves. Tui offers guests the chance to explore on its Black Sea Catamaran Cruises from £62, where you board for welcome drinks before sailing to a secluded bay to swim, snorkel and be served a full lunch in the sun. 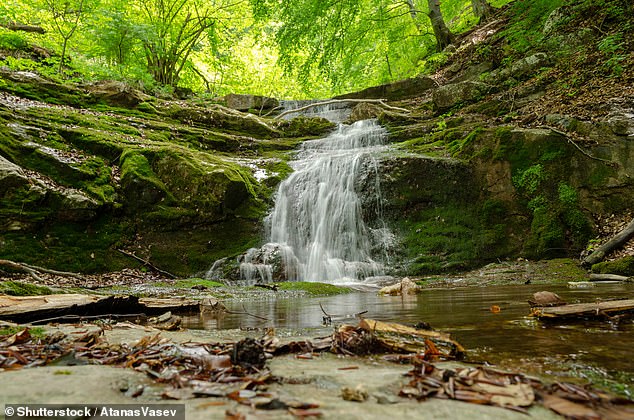 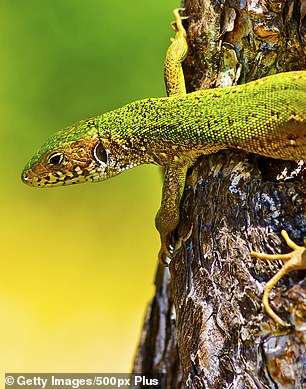 Another excursion in Tui’s new Green & Fair Experiences category focusing on sustainable tourism is its all-day Into The Wild 4×4 Tour from £50pp. Turning away from the Black Sea coast, you head into a heavily forested national park where bright green geckos, wild boar and golden jackals roam. You’ll also see the lunar landscapes and soaring arches of Leyarnika Cave, before a village lunch, honey-tasting and visit to the 165ft-high Borov Kamak waterfall.

And while plenty of Bulgaria’s family-friendly hotels and resorts are relatively new (which is why many guests like them), there’s history as well. The small town of Nessebar, dubbed the Pearl of the Black Sea, is a Unesco World Heritage Site set on a narrow peninsula with a 5th Century church, restored frescos and narrow streets of traditional, timber-framed houses to explore.

Emirates to Offer Internet Connectivity for US Flights Over North Pole