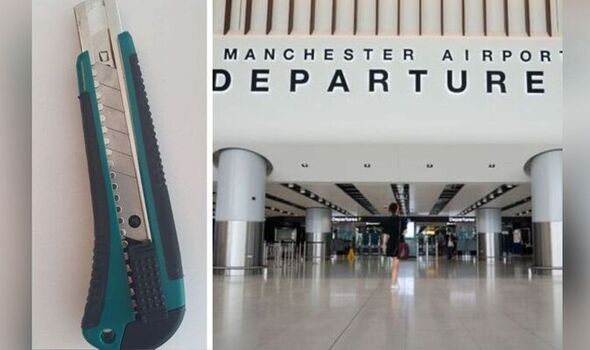 The dad explained how the six-inch blade was in a laptop case amongst chargers and that it went undetected when it passed through the scanners at Manchester Airport. A “thorough investigation” is now taking place, reports Manchester Evening News.

The man, who lives in Cheshire, travelled to Crete from Terminal 2 on July 12.

He had taken his children through fast-track security.

The family run their own business, so had been packing up boxes at their office before travelling away on the holiday.

This involved using a knife to cut tape on the boxes, which he then took home in his laptop bag to do more at home.

But the man, who does not want to be named, completely forgot it was in the bag.

He travelled with the bag to do work while on holiday and took the knife with it through security unaware he was committing an illegal act.

He has now made a complaint with the airport, worried that this could have happened to others too.

The airport has responded to this saying they are following their protocols that happen when there is an allegation of a security breach.

The member of staff involved in screening this man’s tray has been suspended from x-ray duties while the investigation takes place, the airport added. 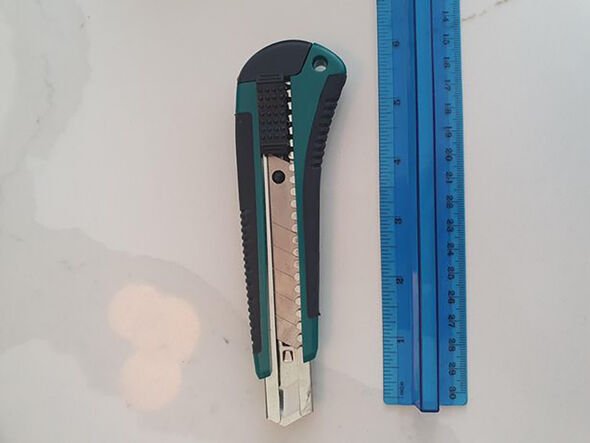 The man said: “I was going away with the family but we run our own business so we took a bag in the hand luggage with a laptop and some other things.

“We’d been in the office some days before flattening some boxes using a knife. I’d put it in the same bag to take it home with me before going away.

“The airport was absolutely rammed with huge queues, but fortunately we were put through fast track.

“Staff seemed very stressed because of the queues and there were some issues with some big items going through the scanners.

“I put the bag through security and everything was normal. But when we were in Crete I got the bag out to do some work and when I got the charger I found the knife, I just thought ‘bloody hell how has that got through? How have I got away with that?’

“It made me really concerned, what else is there that could be getting through? It’s something that should have been taken very seriously or even arrested.

“It’s not like I was testing them or anything, it was a complete mistake. I’ve emailed the airport about this as it shouldn’t be happening.

“Everyone knows the airport has been a shambles recently but this should not be happening. It’s dangerous.

“I’m very glad I found it when I did as that’s the last thing I would have wanted trying to come home. It’s the same kind of knife that was used by hijackers on 9/11, there’s no way this should have got through.”

A spokesperson for Manchester Airport said: “We would like to thank this person for raising his concern that he may have carried a prohibited item through security on July 12.

“Safety and security is our number one priority and we will complete a thorough investigation into the circumstances of this incident.

“In line with the processes we follow in the rare event allegations of this nature are received, we have temporarily removed the colleague involved from x-ray screening duties.”

Walks near me: Enjoy some fresh air in the scenic countryside near Southampton

Scenic Eclipse explores the hidden gems of the Mediterranean ·