With winter right around the corner hordes of British travellers are gearing up for a seasonal retreat. Data from ABTA shows that 4.7 million Britons jetted off on holidays during Christmas and New Year in 2018. Boasting some of the most beautiful Christmas markets in the world and just a short journey away, its no surprise European cities are such a popular winter holiday haunt. New data has revealed that there is one metropolitan destination that offers travellers the most for their money.

The research by Ocean Finance ranked popular European destinations based on the cost of flight return tickets, two nights in a hotel, three meals per day, public transport and tickets to the city’s top attractions.

Out of the ten cities, it was Lisbon that ranked the highest, with two travellers spending just £371 for two days in the Portuguese city.

In fact, two travellers can enjoy return tickets for just £98.

It also ranked highly for the most reasonably priced food and some of the cheapest public transport on the list.

READ MORE
Flights: Paying extra to pick your airline seat – is it a rip-off? [DATA] 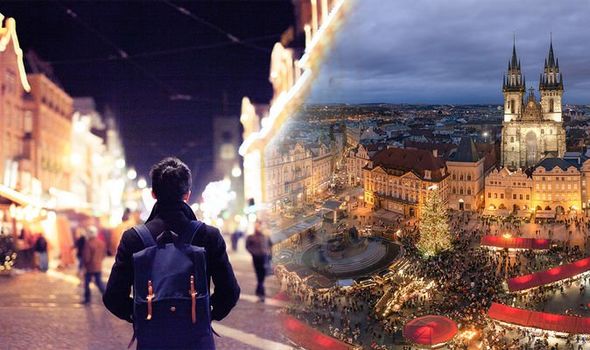 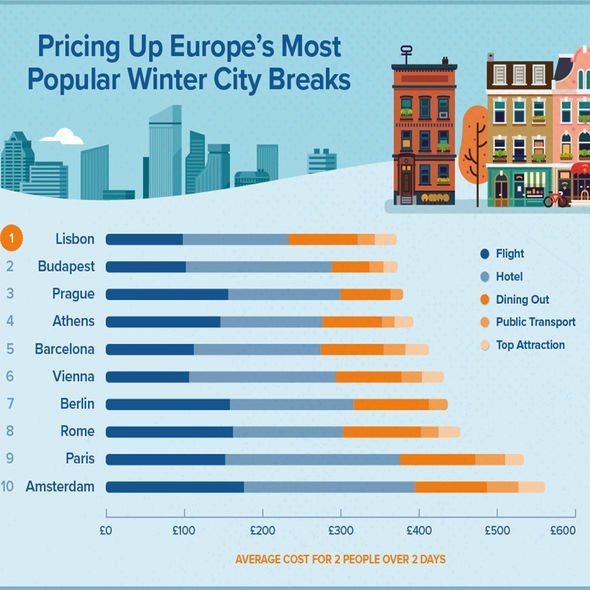 However, it lost a few points for the cost of its most popular tourist attraction.

Entry will set visitors back just £14 per person.

On top of this Lisbon also enjoys mild temperatures throughout the winter months, averaging at 12 degrees celsius, perfect for those hoping to escape the cold.

Other cities that ranked well were Budapest and Prague, where travellers can enjoy a two-day mini-break for an average of £372 and £379 respectively.

By analysing average return flights provided by Skyscanner, the research found that, following Lisbon, Budapest and Vienna were the cheapest destinations to travel to. Two tickets to Budapest came in at £51 per person, meanwhile, Vienna tickets cost £53 per person.

For foodies, the Hungarian capital was the best value, costing two travellers just £48 for three meals a day.

In terms of purse-friendly accommodation, Athens takes the crown, with an average stay for two travellers costing just £130. Lisbon and Rome followed closely behind at £135 and £140 each. 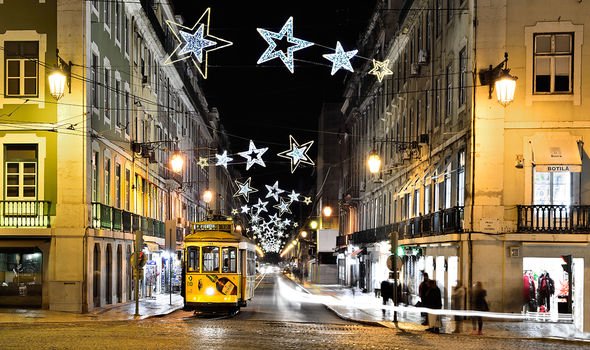 On the opposite end of the scale, however, sit Amsterdam and Paris.

For big spenders, they may be a dream destination, but the budget-conscious may shudder at the cost of itineraries both surpassing the £500 mark.

While Paris would set tourists back £533, Amsterdam is the most expensive destination, costing tourists £560 for the two days. 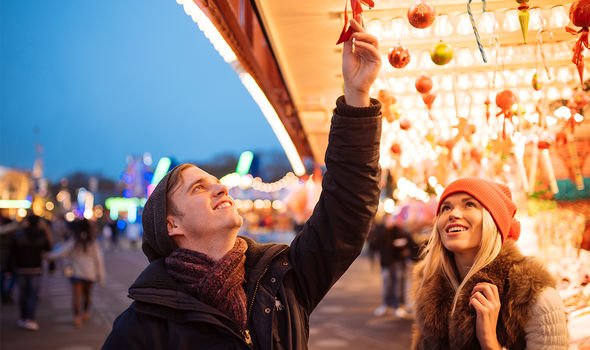 Even with all of this information to hand, though, there are still some ways travellers end up unintentionally losing out on their holiday money.

“Millions of consumers, unaware of their rights and without access to a secondary marketplace, lose money on non-refundable hotel, train and event bookings every day,” Melonie Dando, the CEO and co-founder of travel booking resale app UseMyBooking told Express.co.uk.

Timing is everything too when it comes to holiday transit. Be sure to compare a few different travel departure and return dates when booking your flight or train, as they will fluctuate day-to-day and you may snag a better deal if you can be flexible.

“You should also check local holidays and political goings-on at your end destination, with bank holidays often driving up costs, while things like strikes may cause prices to drop but cause you a lot of pain once you’re there.”

Asia's world city set to welcome the Year of the Pig ·