Google Maps Street View image are taken by the tech giant’s cameras mounted on cars. The vehicles track the globe photographing their environs for all to see from the comfort of their own devices. Sometimes, though, strange scenes are captured.

This certainly seemed to be the case in one shot.

Google Maps Street View has photographed a street – believed to be in Europe – that seems far from normal.

The eerie image shows a row of houses, many of which have wrought-iron balconies, with multiple cars parked outside.

While this may seem ordinary enough, a strange phenomenon appears to be occurring on the pavement and on the walls. 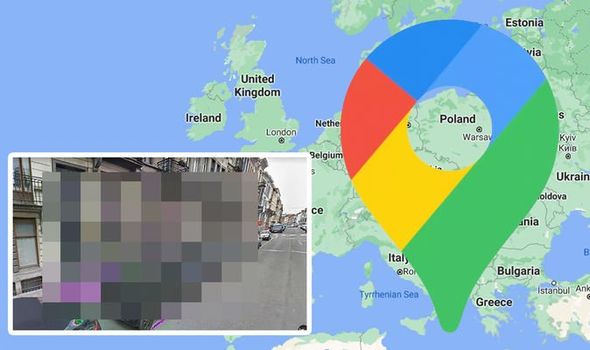 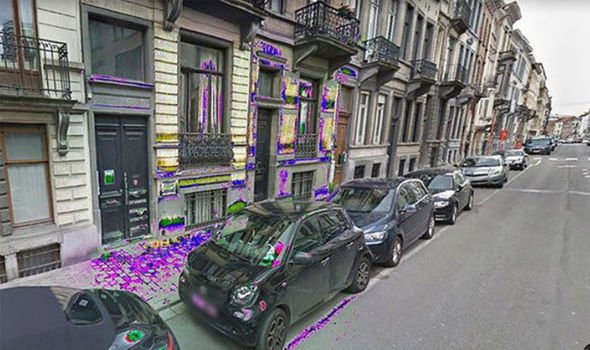 A bizarre purple substance seems to be staining the stone.

It creeps up the exterior of the houses as though invading the properties.

In some places, it morphs into a sickly yellow,

In fact, it’s rather like something out of a horror film.

The unusual staining seems to mainly avoid the doors and windows, but it’s unclear why this is.

No people can be seen in the shot which lends an even more haunted feel to the chilling sight.

However, while the image might seem unnerving at first glance, it’s much or likely that there is a rational explanation behind it.

The unusual effect is most probably due to a technological glitch with Google Maps Street View. 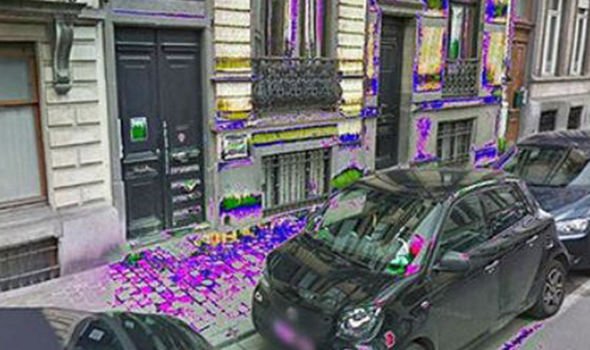 Glitches are not uncommon on the tool.

A photo of one man which has gone viral after being posted to content-sharing site Reddit this week.

The shot, taken in New York, USA, depicts a room set for a formal event. 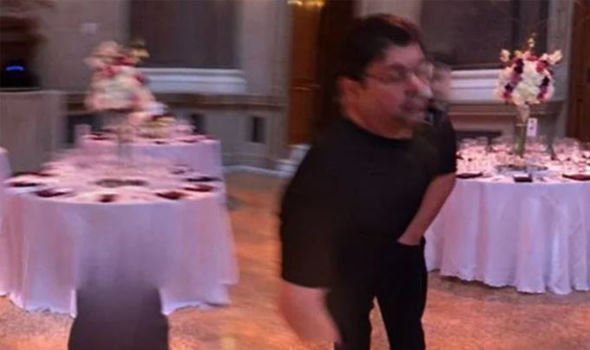 In the foreground, is a most unusual sight.

A man can be seen dressed all in black but there seems to be something very wrong with him indeed.

He appears to have two sets of legs and a distorted torso.

He also seems to be missing an arm.