Flying can be nerve wracking at the best of times, so its unsurprising that there was a sense of fear amongst passengers on board flight 293 when they noticed part of the engine coming apart mid-air. The American flight, which took off from Denver at 7:46am on Sunday, had to circle back to the airport less than an hour into the flight after passengers noticed part of the engine had detached. A video filmed by a passenger onboard named Bobby Lewis captured the terrifying moment of realisation. The video, filmed out of one of the plane’s windows during the flight, shows the wing with a piece of material scarily flapping around in the wind. 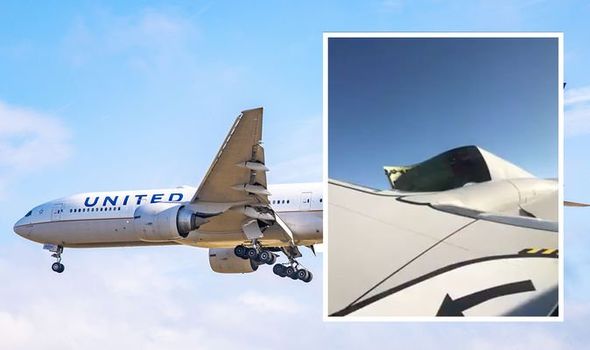 It is reported that the incident happened when the aircraft’s engine casing unexpectedly popped open mid-flight, causing concern amongst passengers.

The flight soon circled back returning to its departure airport at around 8:50am.

Customers onboard the flight posted to Twitter to share updates they received from the airline following the dramatic landing.

United said: “We know returning to the airport wasn’t part of your plans today, so we greatly appreciate you hanging in there!

“Our maintenance team needs to address a technical issue with an engine on your plane before we depart again. We’re doing our best to get you on your way as soon as possible.” 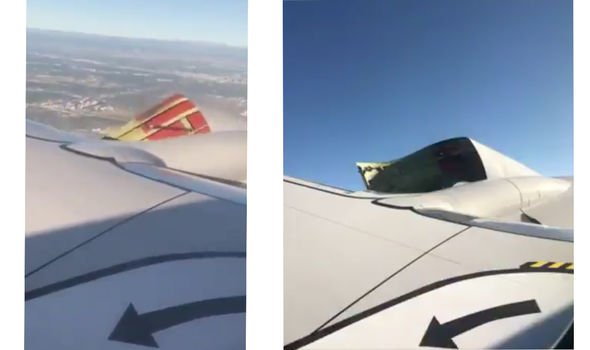 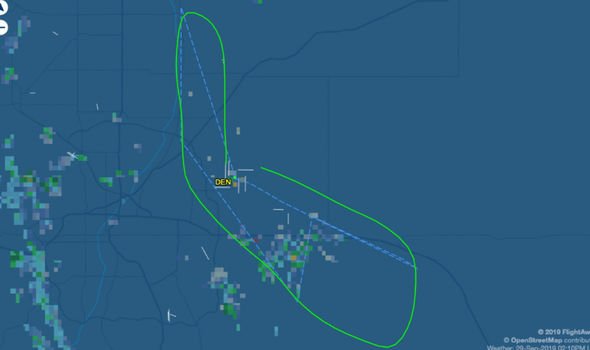 Luckily the situation was soon amended and all passengers were flown to Orlando, arriving safely if not a little later than anticipated.

A spokesperson for the airline said: “United flight 293 from Denver to Orlando returned to the airport due to a mechanical issue with one of the engines.

“The flight landed safely and taxied to a gate where customers deplaned normally. Customers have departed on a different aircraft to Orlando.”

This is the second emergency landing for United Airlines this month.

Another plane was forced to make an unexpected landing recently when a passenger onboard became trapped in the toilet.

The flight heading from Washington DC to San Francisco was forced to relocate to the closest airport in order to receive mechanical support to free the female traveller.

The commotion was caught on camera, where passengers can be seen standing up in their seats to get a better view of the mechanic trying to unscrew the door.

The man can be heard assuring the passenger she will be freed soon, saying: “We’re just working on opening the door at the moment ma’am; we’ll get you out soon, okay.”

Initially due to arrive in San Francisco at 20:38pm local time, it instead landed in Denver 7:21pm, before finally making it to its final destination after 10.00pm.

A spokesperson for the airline said: “We are reaching out to all customers onboard and the customer in the lavatory to apologise.”

Hidden worlds – cities as you've never seen them before

Why there is no better time to visit Georgia

Is A Hotel Or Airbnb Safer In The Age Of COVID-19?