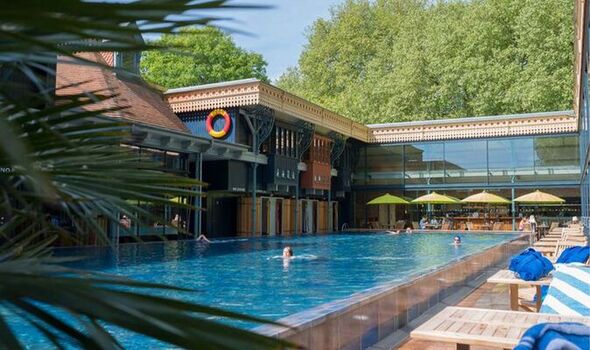 The pool was closed to the public in 1974 and 30 years later, in August 2004, the building was awarded Grade II listed building status following a public campaign. In 2013, a restoration project was taken, finally opening to the public once again in 2017.

The original Thames Lido was first open to the public in 1902 as the Ladies Swimming Bath. It is thought to be the oldest surviving outdoor municipal pool from the early Edwardian era. Windowless, it was built to allow Edwardian women to bathe in privacy and was originally fed water directly from the Thames until the 1950s.

This Thameside retreat now has a 25m outdoor swimming pool, which is heated throughout the year to around 26C, MyLondon reports. It also has a poolside tapas bar which serves house-baked sourdough, charcoal-grilled lamb and wood roast spiced cauliflower.

There’s also another restaurant with poolside views, with the restaurant retaining many of its original features from the 1902 building, such as the vaulted beams.

Don’t fancy a swim after your tapas? There’s also a variety of massage packages on offer, with all treatments lasting for a total of 60 minutes. You can engage in all three activities for under £100, starting with a 2-hour swim, an hour-long massage, followed by a ‘restorative’ meal at the retreat’s restaurant.

The Thames Lido, on Napier Road, is just an eight-minute walk from Reading station according to Google maps, making it incredibly easy to get to from Central London, since Reading forms a part of the newly-inaugurated Elizabeth line.

Just hop on from Paddington Station and you’ll get into Reading in just 25 minutes.

The incredible winners of the 2021 Drone Awards unveiled