A quarter of people have a fear of flying and if, like me, you’re one of them, the very thought of getting on a plane can send you into a state of panic. I’m the one constantly checking the weather before I board a plane and gripping the armrest at the slightest sound or movement when in the air, unnerving the poor person sitting next to me.

My instincts tell me the sky isn’t a place humans should occupy, while everything from the cramped seating to the lack of control, makes me feel like I’m constantly in danger. But I desperately want to overcome this phobia which is why, after years of putting it off, I finally enrolled in a “Flying with Confidence” course run by British Airways .

I was surprised to see just how many people turned up for the one-day programme given at Heathrow airport. Around 100 nervous-looking people were waiting in a room, preparing to face the same fear as me; a fear which does not discriminate. While waiting, I chatted to an anxious Airbus engineer, whose fear was getting worse with every flight he took and a police officer who hadn’t flown in over 10 years because his phobia had gotten so bad.

But British Airways pilot Captain Steve Allright and his team spent the day talking us through everything you could possibly want to know about flying, from how a plane works to what techniques you can use to stay calm. The course concluded with a short flight to Bournemouth, where your newly gained knowledge was put to the test.

Amazingly, most people completed the full day, including the flight. I left that day, feeling like I had a new perspective on flying and a new-found confidence in the air. One week later, I was on a flight to Spain feeling fully in control of my fear. But what caused this change? Here are my 10 top takeaways. 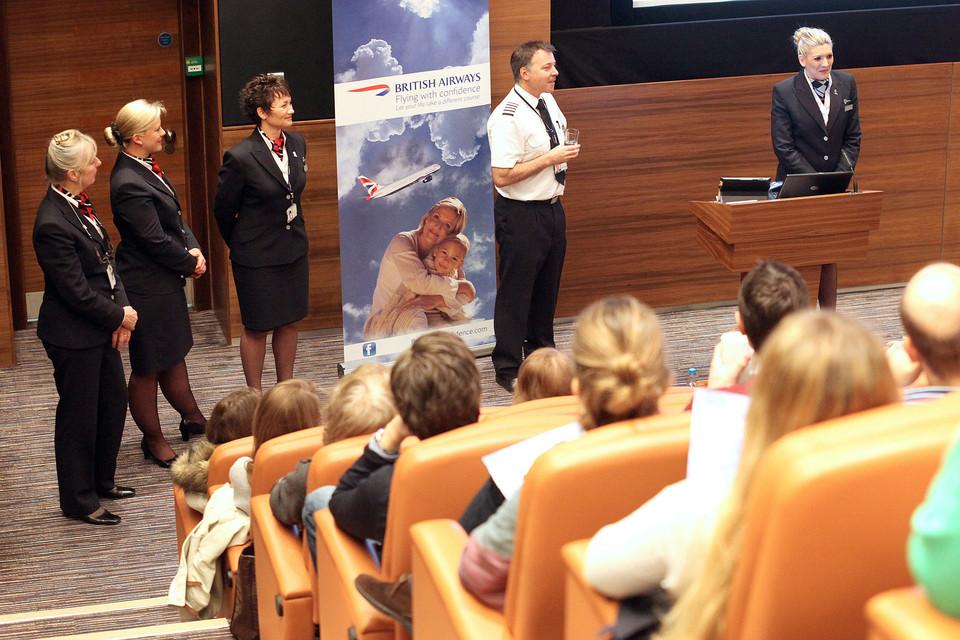 Learn how a plane works

One of the main reasons people are scared of flying is a lack of knowledge on exactly how a plane is able to stay in the sky. But much like a submarine underwater or a car on the road, planes are designed to be in the air. Captain Allright explains: “a lift is produced by the wing moving through the air, which is a perfectly normal part of physics.” An aircraft flying at 30,000ft can glide for 100 miles, even if all the engines fail.

It can be hard to understand how anyone enjoys flying when fear takes over, but pilots really do have a passion for their jobs and have gone through a rigorous selection process and a two-year training programme to get to where they are. “It is the most highly regulated profession in the world. Pilots are retested and retrained every six months over their entire career,” says Captain Allright.

It may be uncomfortable but it’s not necessarily dangerous. Captain Allright tells us: “all turbulence is caused by nature and is perfectly safe because the aircraft is built to withstand even the most severe turbulence. If you have your seat belt on, you are always perfectly safe.”

It’s easy to catastrophise when you think about flying, whether it’s the wing snapping off or the engine failing. But whatever the negative thought, always visualise a happy ending where you get off the aircraft safely. This positive mentality will help reduce anxiety and keep you calm on the flight.

Concentrate on your breathing

It’s impossible to panic when you can control your breathing. If you feel yourself getting anxious, even before you take off, inhale for four seconds and exhale for four seconds. Combine this with muscle contraction – clenching your buttocks while exhaling is most effective – so it overpowers the nervous signals running up and down your spinal cord, helping you to remain calm. This may sound odd, but it really works.

Other techniques to try include distracting your brain from your fear. Wearing a rubber band around your wrist and pinging it when scared, snaps you back to reality and can serve as a reminder to stop overthinking. Alternatively, try firmly pressing the skin between your thumb and index finger. This pressure point is linked to anxiety and can help you remain calm. 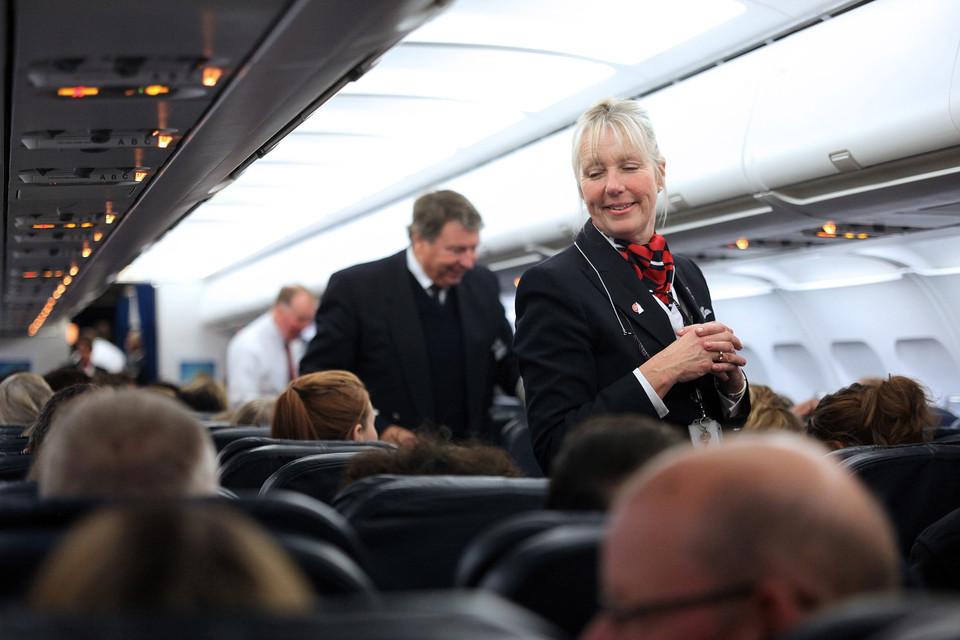 Talk to the cabin crew

The cabin crew are there to keep you safe but also calm. Let them know you’re a nervous flyer when you board the plane and don’t be afraid to ask questions if you’re worried about anything that’s happening. It’s also important to remember that despite any noises or bumps, there is nothing wrong unless you are told otherwise.

Learn how to deal with claustrophobia

Everyone to some extent gets claustrophobic, but it’s how you deal with it that can make the difference when it comes to being comfortable on a flight. Use distraction and breathing techniques to calm nerves, walk around the plane to stretch your legs, and always plan how you will pass the journey. Break down each hour of a flight and decide how to occupy yourself – never board a plane with nothing to do.

Don’t try to conquer your fear of flying by booking a return trip to Australia. Experiment with short haul flights and go through the journey in your head before you arrive at the airport, imagining a safe take off and landing. Fears and phobias are hard to conquer, but persistence and perseverance are what will eventually help you overcome them.

Take a ‘Flying with Confidence’ course

Don’t feel embarrassed about seeking expert help. Going on a course will give you invaluable advice that is tailored to exactly why your fear exists. Being surrounded by professionals who love to fly as well as people who are experiencing the same thoughts and feelings as you, is really reassuring. The one-day British Airways “Flying with Confidence” course runs throughout the year at various locations across the UK. Prices start from £235.

Cruise Lines Cancel Sailings in China Due to Coronavirus Outbreak