I’m not a fly-and-flop kind of Caribbean visitor, although I do love my beach time on a lounger with an umbrella drink in hand.

What’s fun about each island are the offbeat excursions and sights just waiting to be discovered or experienced, once I forsake the sand for the sights.

On two recent trips, I did just that. Here’s what I found:

My destination one morning was the Hampden Estate, nestled among the sugar cane fields in the lush Queen of Spain Valley near Falmouth on the north coast, where I journeyed into the heart of one of the oldest working rum distilleries on the island.

“We produce rum 24/7, and we’ve been doing it the traditional way since this sugar cane estate was founded 267 years ago,” he said. 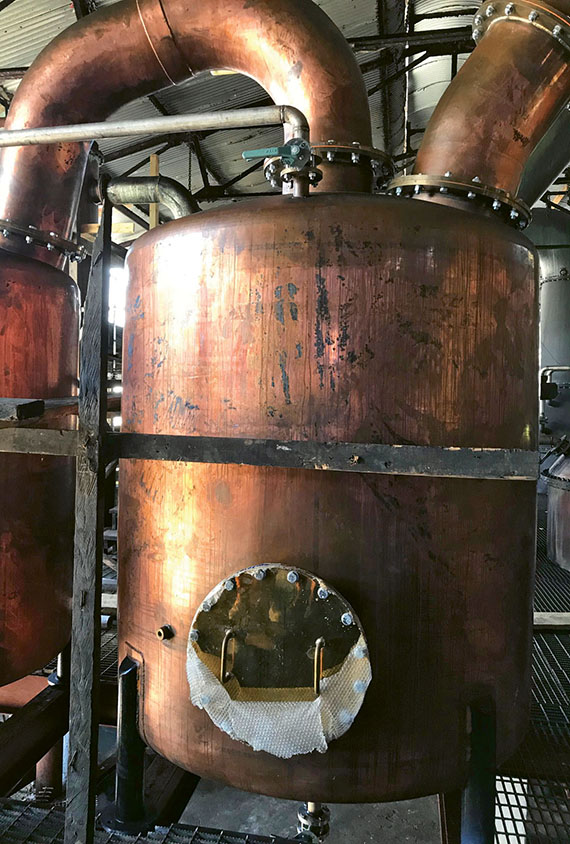 Prior to touring the innards of the distillery, with its 70 cone-shaped cedar vats, four immense copper stills and miles of piping crisscrossing wooden beams as old as the estate itself, I sat under an ancient ficus tree in a courtyard flanking the distillery while Watson gave me a rambling history lesson.

“This estate and property has had only four owners in its lifetime. The current owners occasionally stay in the great house that was built in 1779. The ground floor served as the rum store until the early 1900s. Some people say that the house is haunted and spooky. We’re surrounded here by 8,000 acres of sugar cane fields,” Watson said.

He explained that rum production requires a source of fresh water, which in Hampden’s case comes from a mountain water-collection system.

“Our rums are produced, aged and bottled without any additives like sugar or glycerin. The rums are genuine and authentic with nothing artificial,” Watson said. “Each batch is aged seven or eight years in this tropical climate, which is equivalent to almost 25 years of maturation in Europe.”

I was getting thirsty, but before I sampled the goods, I peeked into the boiling house, where the 15-day fermentation process takes place, and then I gaped at the copper stills that Watson said are “the heart of the distillery.”

Our final stop was an adjacent building where the aging of the thousands of gallons of rum takes place, the last step in the production of Hampden’s signature rum.

After the distillery tour and a lunch of jerk chicken and deep-fried dumplings called “festivals” served outdoors on a flower-filled patio, I finally sampled the goods.

Watson described the Hampden Gold as “a sipping kind of rum” and the Rum Fire as “the kind you take to a party.” It packed a punch, for sure.

“We did 1,000 tours last year. It’s very popular with cruise passengers, but we get lots of visitors who are staying in resorts in Montego Bay and Ocho Rios,” he said.

Walk-ins are taken, but reservations are preferred for the hourlong tours on weekdays at 10 a.m. and 11 a.m., priced at $37.50 per person or $50 per person with lunch.

Afternoon tours can be arranged.

Book through tour desks at hotels, cruise ships or at www.hampdenestaterum.com.

My headquarters on a recent trip was the all-inclusive Tamarind resort on the island’s west coast, one of seven properties in the portfolio of the Elegant Hotels Group.

I signed up for the new, complimentary Saturday morning walking tour offered by the resort because I saw it as an opportunity to explore the ‘hood.

I’d been doing site inspections of several of Elegant’s other resorts until then, but I definitely wanted to expand my horizons. One more view of an oceanfront deluxe suite and swim-up bar was not what I fancied doing that morning.

Shaunte Franklyn, Tamarind’s concierge and guest coordinator, was my guide. A charming guest from Ireland also joined us.

“We call this tour the Paynes Bay Walk, named after the area we’re in,” Franklyn said.

Paynes Bay beach is one of the island’s best swimming beaches, with calm seas and gentle surf.

I met Franklyn in the lobby at 8 a.m. Already the day was hot, but she came armed with bottles of water and sunscreen and wore a sun visor and sturdy walking sneakers.

I wasn’t as prepared. I was in flip-flops and no hat, and I realized the error of my ways midway through the two-hour hike.

“This is only the second week of this tour, so if you have suggestions on any tweaks we should make in the itinerary, please let me know,” she said. 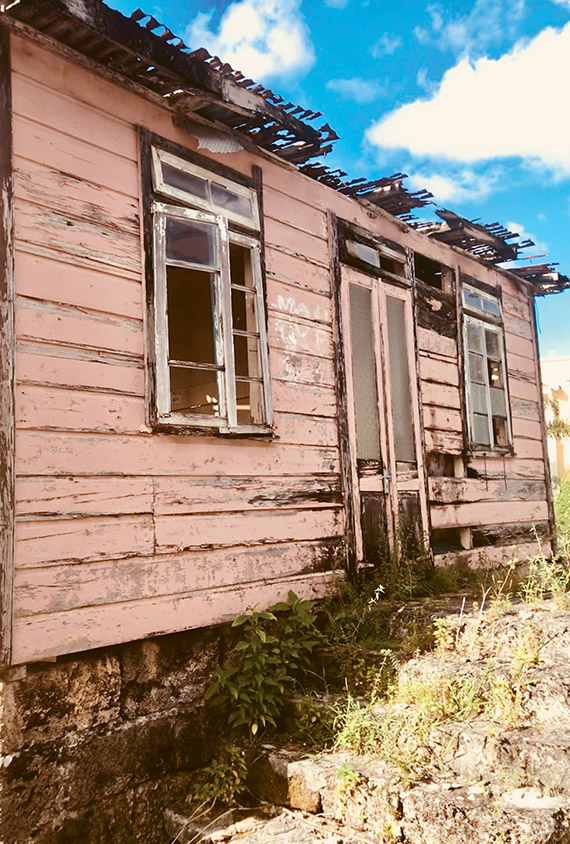 Our first stop was at the fish market down the road from the resort. The fishermen were out at sea and would be back later in the day with their catches.

“Lots of locals buy from this market; so do the hotels around here,” Franklyn said.

I figured that the delicious mahi-mahi that I’d dined on the evening before came from this market.

The next stop was the pyramid-shaped Cubana Monument, erected against the backdrop of the tranquil waters of Paynes Bay in memory of the 73 passengers and crew who perished on Oct. 6, 1976, on the bombed Cubana Flight 455 from Barbados to Cuba via Jamaica.

“The crash was an anti-Castro terrorist attack and happened just minutes after the flight took off. Members of Cuba’s gold-medal fencing team were among the victims. So were scholarship students from Guyana on their way to Havana’s medical university,” Franklyn said.

The monument was unveiled during the 1998 visit of then-Cuban president Fidel Castro to Barbados.

We turned away from the beach and started up Holders Hill, a very long and steep hill (as I realized after an hour), passing chattel houses along the way before getting into residential areas higher up.

“Chattel house” is a Barbadian term for a small, moveable, wooden house that working people would occupy. It goes back to the plantation days, when the homeowners would buy houses designed to be moved from one property to another.

“They’re all over the island. Some have been abandoned, but there are others still occupied,” Franklyn said.

At the crest of the hill, we found ourselves at the entrance to Holders House. It’s a wide, gravel driveway lined with mahogany trees with a grass polo field at the end.

Holders is a traditional, 17th-century plantation house set in five acres of formal gardens. Today, it offers several bedrooms for guests, but until 2016, it was the venue for an annual musical and theatrical festival.

“The billboard is still up advertising the last Holders Season in Barbados until it was canceled after ticket prices had increased and attendance dropped off,” Franklyn said.

The mansions at the top of the hill are impressive and can be booked for guest stays.

Much of the last half of the hike was along the borders of the golf courses of the Sandy Lane resort.

Traffic along the road was steady, and much of the time we tromped through grass along the side of the road to avoid the cars.

The walking tour ended at the beach, and as we cooled our feet along the shore on the stroll back to the Tamarind, I offered some modest suggestions.

“Add more communities and an easier hill along the way. Advise guests to bring a snack, to wear sneakers and to bring stamina.”

All in all, I got a slice of Barbados life that I would have missed back on that lounger.

Which airlines hold themselves to a higher safety standard? Who puts oxygen masks back after deployment?

The Fyre Festival island has just gone on sale