Google Maps Street View is a fascinating tool for exploring the planet. Sometimes users stumble over some very alarming scenes. One such shot was taken in the Netherlands.

It appeared to depict a very chilling incident indeed.

Some have claimed the photo shows a terrible murder.

The image was captured in the city of Almere, east of the city in the Netherlands.

The Google Maps shot, taken from the air, shows a waterside jetty jutting into a lake in Beatrixpark. 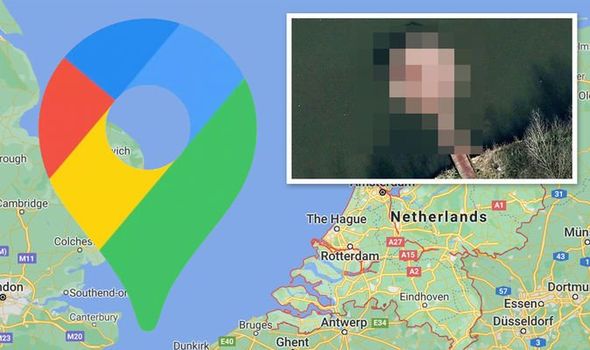 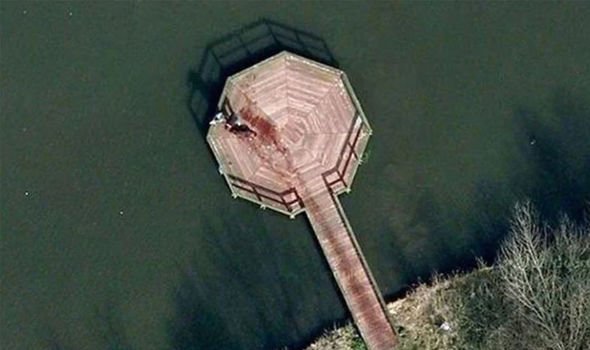 In many ways the scene looks entirely ordinary… but it’s what is going on at the end of the wooden structure that arouses suspicion.

It looks as though there is a large patch of red blood on the jetty.

In fact, it seems the smear runs all the way back along the bridge to the hard ground.

Could it be that a bleeding body has been dragged out into the lake?

Has Google Maps inadvertently captured the aftermath of a murder?

While it may well look like a sinister scene from the angle shown, there is, in fact, a much more mundane explanation for the shot.

In reality, far from being a murder, the Google Maps image shows an owner with their friend and a dog – and the stain is nothing more than a pool of water.

When the photo began to go viral, the dog’s owner came forward to describe what was really being witnessed in the snap. 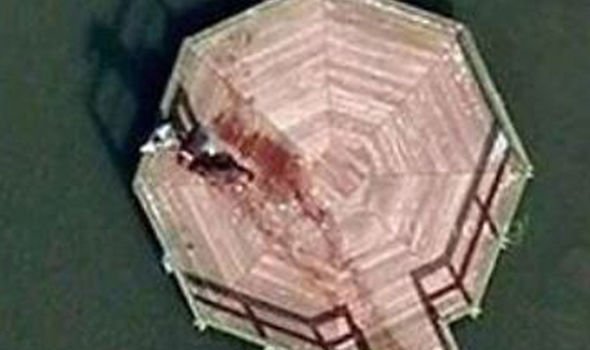 Known as Rama, she told The Sun: “When I saw the picture I realised, ’It’s my dog’.

“He loves the water. He jumps off the end of the jetty, swims around to the bridge and runs down to the edge again.

“It’s hilarious that everyone thought it was murder.

The scene is far from the only sinister snapshot seen on Google that has a more innocent explanation.

One photo shows three sinister black figures pressed up against windowpane of a house in Chicago.

At first glance, it looks a thought a horrifying attack is taking place.

However, on closer inspection, it seems the figures are in fact cutouts put up in time for Halloween.

Man Run Over by Plane During Take Off

Winter Wonderland Alert! You Can Ice Skate Along a 9 Mile Trail in Quebec, Canada