You know how it goes. You’re on a long drive, you need a break, you know it’s boring to stop at the motorway service station, but you just want to get on to your destination and going off-road for a pit stop feels like too much hassle. Even if you do divert, who’s to say the nearest town will have a cafe? That there’ll be anything more than Starbucks? That you won’t get lost in a ringroad system and lose an hour down the Hemel Hempstead rabbithole?

A new book feels your pain. The Extra Mile – which styles itself as “Delicious alternatives to motorway services” – has collated more than 300 pit stops across the UK within 15 minutes of motorways and major A-roads.

The picks range from nice pubs to farm shops, and stately homes to small-town cafes; and as someone who regularly drives between Cornwall and London, and who seems to end up at the A303 Burger King by Stonehenge on an all-too-regular basis (though I did recently swap it for a pork pie at the Podimore service station), I put it to the test this weekend, checking out the options heading south-west on the M4 and M5 before the Christmas rush.

First impressions? The book is a brilliant idea and a much-needed concept, for travellers and small business owners alike. It’s co-authored by Alastair Sawday and is laid out like his accommodation guides, with a page for each property showing photos as well as a write-up, and practical information like drive-time off the main road and opening hours (we’ll get to that later). The auspices were good – there were dozens to choose from.

I decided to go for lunch at an M4 farm shop, stop for a coffee and cake at a coffee shop on the M5, and take one final caffeine break on the A30. Here’s how it went.

The book promised a family-run farm shop and cafe in a former army barracks two minutes from the motorway (there are no directions listed – I guess they assume everyone has GPS). In fact, it was just under two minutes, and since parking was a breeze, it was faster to get seated than it would have been at a service station.

Service was super-quick, and the cafe overlooks the carpark, so there were no worries about leaving my heavily laden car. My Welsh rarebit (recommended in the book) arrived in about seven minutes, and my coffee was almost instant. 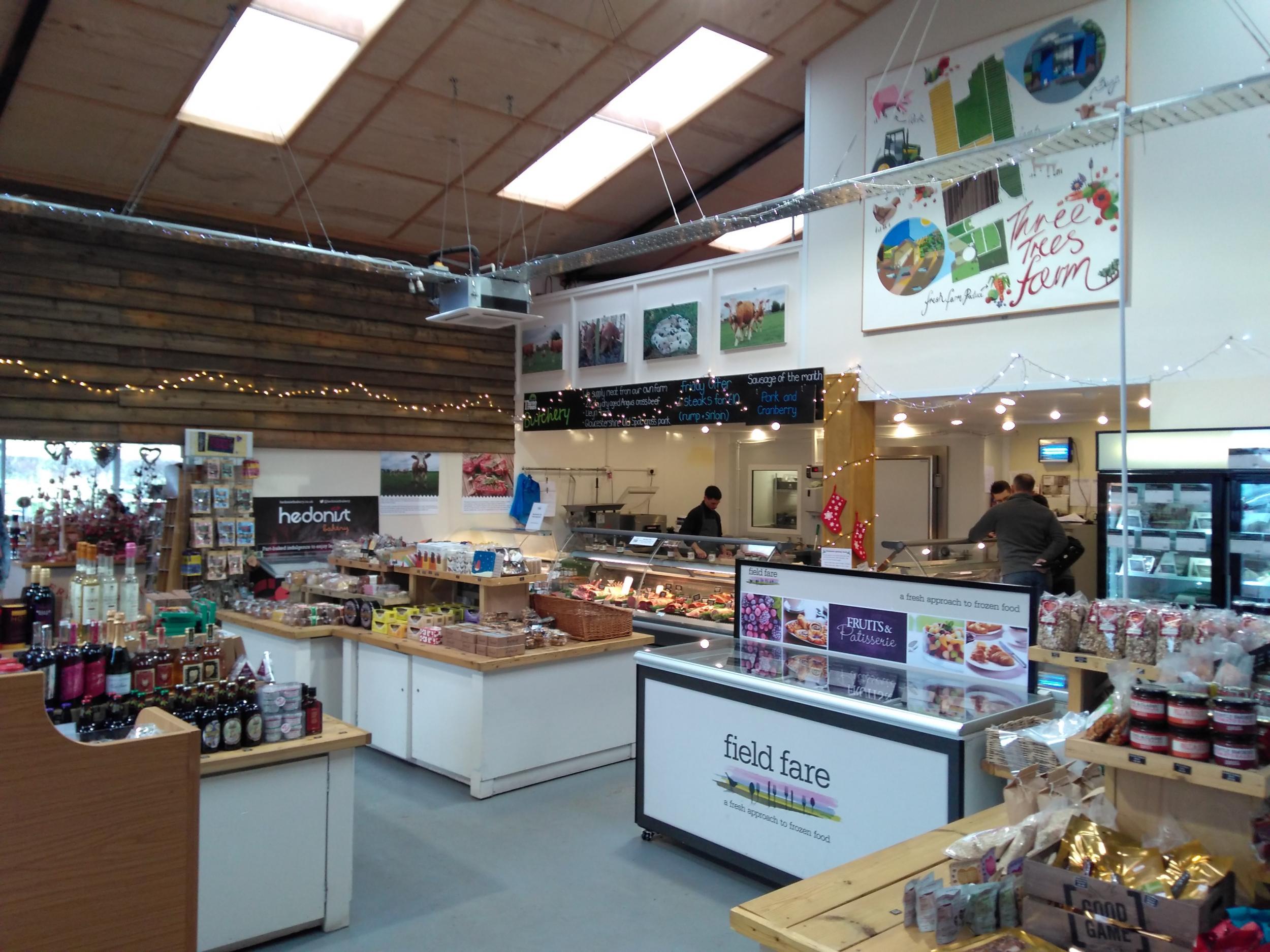 Unfortunately not everything was so smooth. The coffee – plugged in the book as “strong” and “boosted with yummy, farm-fresh cream” – tasted like dishwater. The Welsh rarebit was good, at least (strong, presumably local, cheese and great salad let down by boring industrial-grade sliced white bread).

The farm shop was phenomenal, though, with a fantastic selection of cheap veg, a butcher’s counter, and stacks of festive food. Christmas shopping was done and dusted in under 10 minutes.

The only issue? The guidebook listed it as closing at 5.30pm but that’s just the shop – the cafe closes at 4pm. And I couldn’t find the views the book promised – “sheep and cows chewing the cud against the backdrop of Liddington Castle” – but maybe that’s because I was concentrating on the food.

Coffee: The Weir at COACH

With the time creeping towards 4pm and having been stung by the Three Trees opening hours mix-up, I called ahead to the Weir at COACH, a modern timber-clad, glass-fronted building converted from a riverside toilet block, according to the book. They didn’t answer, but the book insisted they were open till 5pm – surely it wouldn’t get opening hours wrong twice?

This one turned out to be a miss on a few levels. It took longer than nine minutes to get there – not much longer, but a stressful drive taking us through Taunton with plenty of traffic and the fear of hitting the rush-hour queues on the way out. The book hadn’t mentioned that it was in town. 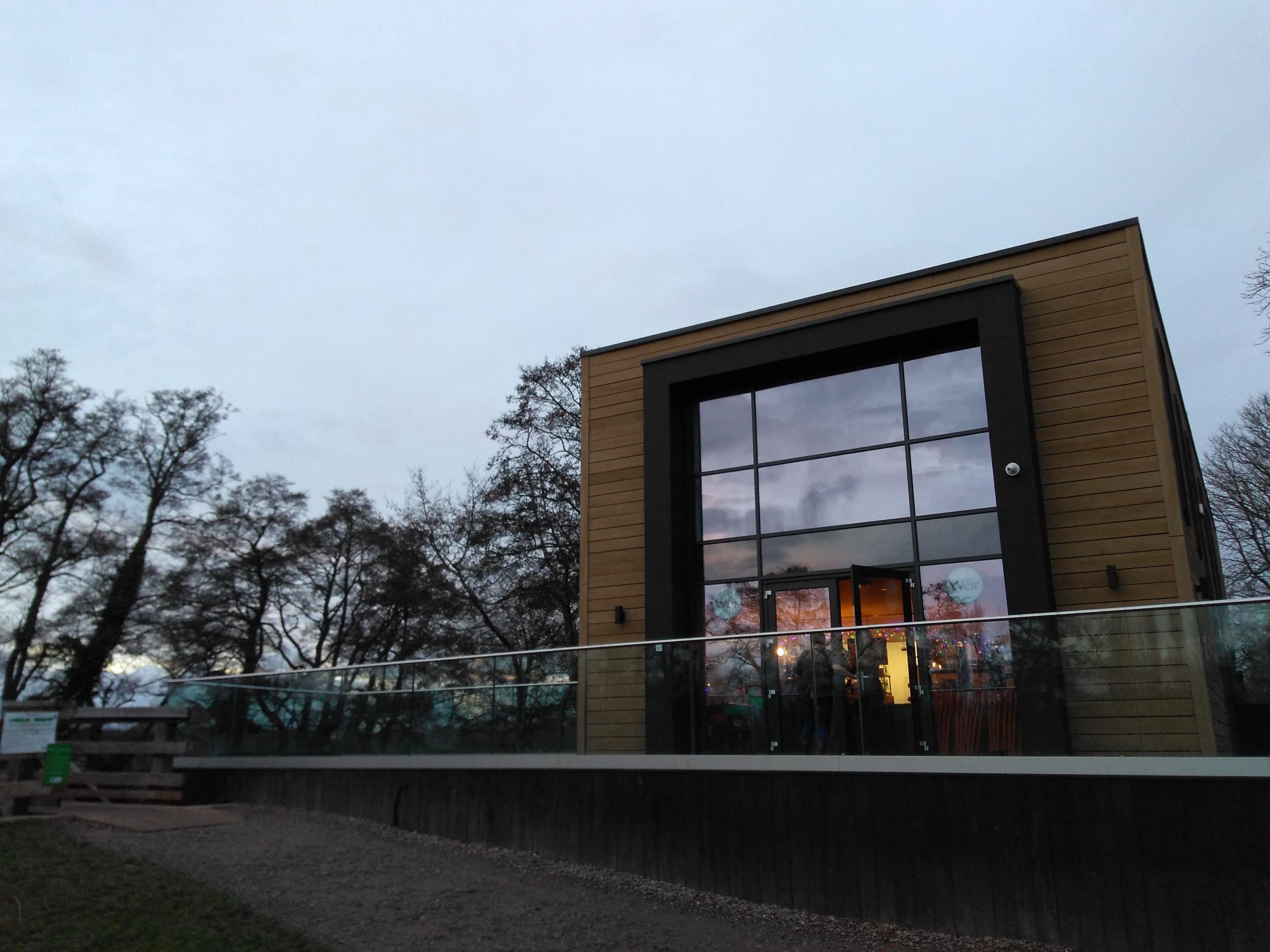 I followed the GPS as far as I could – it turns out that it’s in a park on the outskirts of town, so a couple of minutes’ walk off the road, plus the only parking spaces on the streets leading up to it were for residents only. Not great for those with luggage or mobility issues, and not great for keeping the pit stops quick.

I left my travelling companion with the car and trotted down myself to the cafe – to find them locking the doors. “Are you closed?” I gasped (it was 4.10pm). “Yes,” came the reply, “we close at 4.”

On the plus side, it was a lovely location, in the middle of a park, by a small river. But with no parking and the need to cross the whole of Taunton to get there, it’s an odd inclusion for a book that’s supposed to be about quick nips off the motorway.

On the other side of Taunton, a 15-minute drive from COACH, is Hestercombe House, a stately home and National Trust property – although this came as a surprise to me, as the book sells it as “Hestercombe Gardens”, a WWII army base and “neglected secret” until its gardens were restored and opened to the public. It sounded enigmatic – until I saw the kiddies’ Christmas ice rink outside and realised it’s just a normal National Trust property. 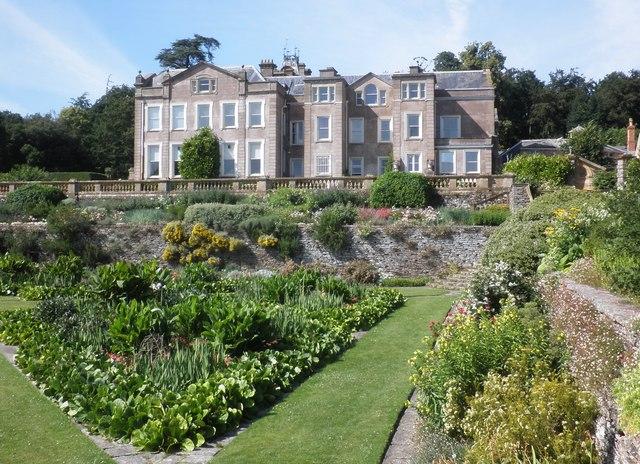 It was about 4.30pm by now, freezing, and the only options to sit were outside in the dark, cold courtyard, or inside in a small room with some toddlers. Still full from lunch and with a car full of supplies from Three Trees, I decided to press on – but not before asking what time the cafe closes (the guidebook said 6pm). 5pm, came the reply.

A30: 0 minutes’ drive from the Whiddon Down junction

This is the only venue in the book that I already knew – the former Little Chef beside the Travelodge on the A30 near Okehampton has been transformed into Hog & Hedge, a new-style service station which stocks local products (Devon soap, Cornish clotted cream) as well as selling food and drinks. 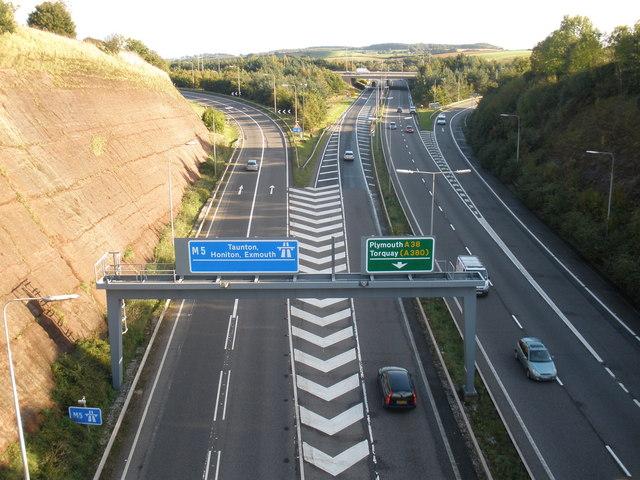 I’ve never eaten there, but the guidebook says it has “freshly cooked food, organic teas and excellent coffee, with views over the Devonshire fields.” I’m not sure about the latter – it looks out over the Travelodge carpark and backs up against a petrol station – but the coffee has been decent in the past.

Not that I was able to try it this time, because although the book says it’s open till 7.30pm, I arrived some time after 5pm to find it closed. When I subsequently called to see if it had been a one-off, the phone number listed in the book was wrong. When I finally got through, I was told it always closes at 5pm during winter; by Easter, it should be opening later, “maybe 7 or 7.30pm”.

The Extra Mile is a phenomenal idea, but the execution is less phenomenal. It looks great and is easy to use, but no new book should have the opening times wrong for four out of four entries; and getting the phone number wrong for one of the two places I called isn’t confidence-inspiring.

The write-ups didn’t tally very well with what I experienced, either – and that’s before we get onto subjective opinions about coffee and toast type. There are no field views at Hog & Hedge, for starters, Three Trees is on a road with a field the other side (with no visible castle that I could see), and however nice COACH is, it seems absurd to recommend somewhere with no parking for a road-trip pit stop. What most people want when driving long distances with luggage in the car is somewhere that will be quick, with easy, secure parking. Add in “small business” and “genuinely nice” and it’s a golden combination – but I think you still need those initial criteria met. I also think the drive off the motorway should be easy – driving into a town, or engaging with local rush-hour traffic, doesn’t tick that box.

That’s not to say I wouldn’t recommend the book – I’ll be taking it on my next drive to London, and think everyone braving the motorways for the Christmas rush should buy a copy. It’s a genius idea to collate these listings – my issue is that it reads as if the listings provided the write-ups, and nobody double-checked their claims. With a Sawday’s guidebook, you normally buy the assurance that somebody has been to inspect the property and make sure it is what it says it is. But this is published separately, and it feels like they’ve skipped that crucial step (I asked the publisher yesterday who selected, collated and wrote up the entries but have not yet heard back).

So do buy it, if you have a road trip coming up, but do call ahead to check opening times. Disappointing, for something so new, but at least it doesn’t ruin the main event.