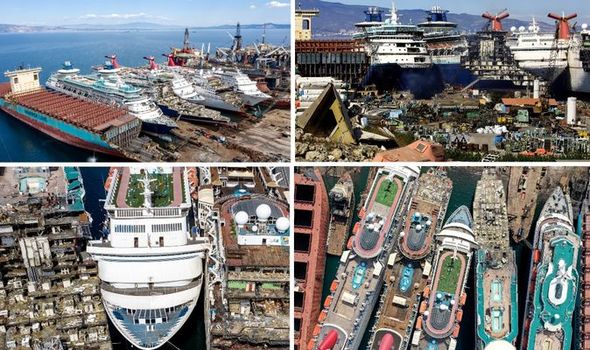 Amazing photos show what happens to cruise ships when they reach the end of their life. Aerial images taken at Aliaga, a port in Izmir, Turkey give a fascinating insight into the scrapping process. A number of cruise ship operators have had to retire vessels earlier than intended.

In the photos series, five cruise ships can be seen lined up.

One of them belongs to Carnival Corp, the largest cruise company in the world.

Carnival recently announced it would sell off 18 cruise ships.

This led to 14 international cruises being cancelled. 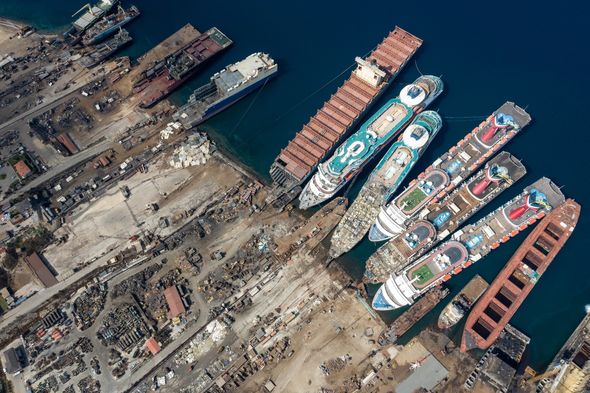 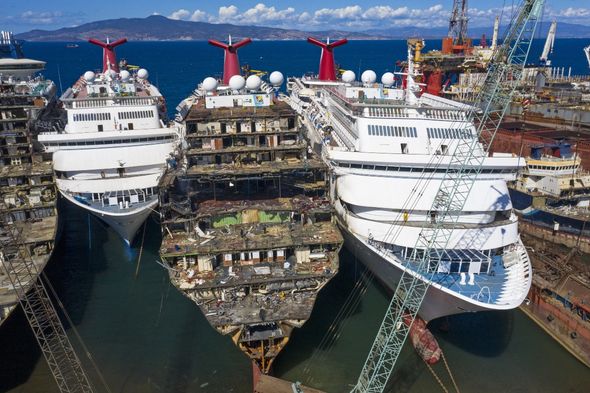 Three further cruise ships will soon join the quintet at the Turkish port.

Aliaga’s ship recycling port’s business is up 30 percent on the previous year, according to Getty.

“But after the pandemic, cruise ships changed course towards Aliaga in a very significant way,” Kamil Onal, chairman of a ship recycling industrialists’ association, told Reuters.

“There was growth in the sector due to the crisis. When the ships couldn’t find work, they turned to dismantling.”

It is this dismantling which is shown in the stunning images.

Two of the vessels are half demolished, the bones of the decks below laid bare.

One a place of glamour and merriment, these vessels have met a harsh end.

They will be broken down for scrap metal.

It can take roughly six months to dismantle a ship. 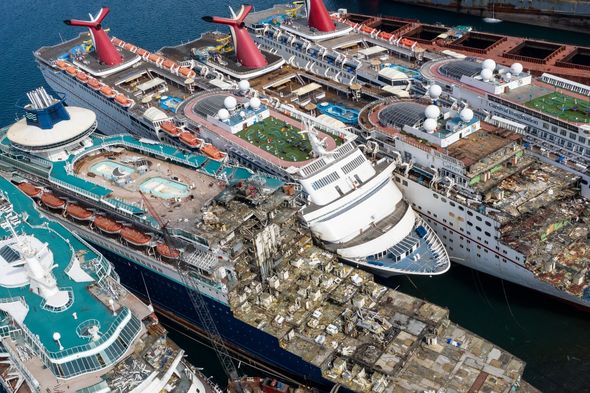 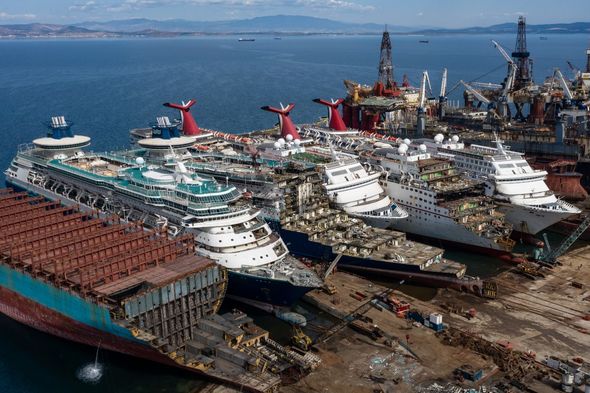 Iain Butterworth, a member of the Forum of Insurance Lawyers’ (FOIL) Environmental SFT and Solicitor at Thomas Miller Law told Express.co.uk there is a tendency to sell vessels to Bangladesh, because of the price of steel.

“[The cruise ships are] driven up onto the coastline, essentially a beach, and then bit by bit they’re chopped up with burning gear and broken up with sledgehammers.

“There’s nothing sophisticated about it, that’s why the overheads are so low. The consequence of that is that these ships are dismantled on the beach. 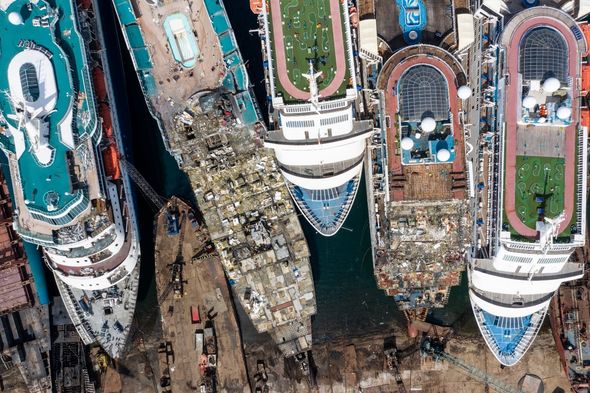 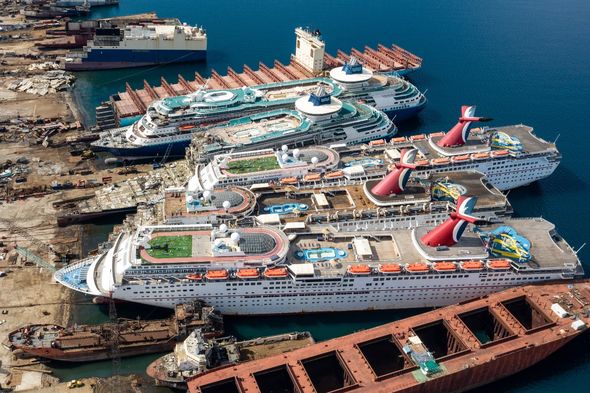 “There is no environmental protection, it’s not just the oils in the vessel but it’s the paint from the hulls of the vessel that are chipped off, as the vessels are cut-up the steel filings find their way into the sand and vessels contain all sorts of sludges, asbestos – there’s just no protection for the environment or workers.”

How many Wonders of the World do you know?