The Cruise joins the busy team on Virgin Voyages’ Scarlet Lady ship. As the Virgin Voyages crew were busy preparing for a show stopping party, passengers disembarked the ship in Mexico. But as the 7:30pm ‘All Aboard’ deadline approached, two passengers were nowhere to be found.

Half an hour after the deadline and with the ship’s departure delayed, Captain Giovanni’s patience was starting to wear thin.

Suddenly, one of the wayward passengers was spotted stumbling towards the ship in the dark.

Staff said: “If you see him running, motivate him to run faster.”

They suspected the passenger was drunk after sampling some of Mexico’s best beverages. 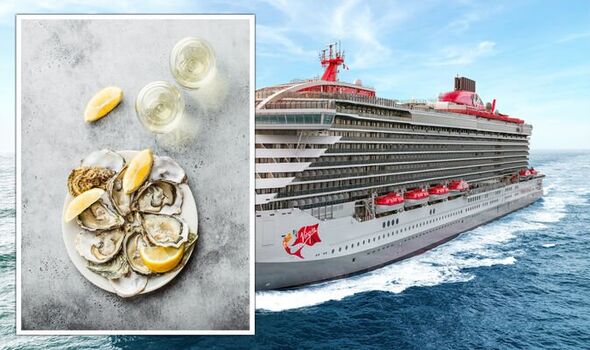 However, the passenger had no idea where his friend was. This left Captain Giovanni with an impossible decision to make.

Giovanni said: “They’re probably not big friends as he doesn’t know where the other one is.”

The Captain has to choose whether to set sail and leave the authorities to deal with the missing passenger or delay the thousands of guests onboard.

With no sign of the missing passenger, Giovanni made the call to set sail without him to keep the busy Caribbean cruise on schedule.

The missing sailor eventually arrived at the port an hour late and had to fly home at his expense.

Some of the busiest areas on a cruise ship are the restaurants and bars where customers expect the very best.

Virgin Voyages has a reputation for its epic parties and the drinks orders certainly live up to that.

On an average cruise, over 200 bottles of Moet champagne are served at Richard’s rooftop bar. Each cruise has a Sail Away party where guests celebrate leaving the port on a brand new voyage.

On Virgin Voyages, a whopping 1,800 glasses of bubbly are used in just one Sail Away hour. Over the whole voyage, the bubbly keeps flowing with over 3,500 glasses served on a typical trip.

Meanwhile, passengers get through around 700 bottles of wine in the cruise ship’s restaurants.

Burgers are also popular and the cruise regularly serves up over 1,500 patties to hungry passengers.

The ship’s VIP passengers are known as ‘Rockstars’ and many of them enjoy the finer things in life.

It’s no surprise that the ship gets through around 800 oysters per voyage, the perfect choice for a sea voyage.

Paella is another of the ship’s top dining options and Virgin Voyages expects to serve around 250 pounds of paella rice.

The crew serves up over 3,200 cups of coffee on a typical voyage, the perfect hangover cure after a night at one of the line’s buzzing parties.

More than 3,000 eggs are consumed per day with many eaten at the ship’s incredible buffet breakfast.

The Cruise airs on Channel 5 at 9pm on Sunday.

In this week’s episode, staff cope with two missing passengers and prepare for the biggest party of the cruise.

American hyped holiday cheer and gifts, but delivered me disappointment

Airlines cracking down: How one passenger was banned for two years