Bali beaches have attracted hordes of visitors over the years. Many holidaymakers are keen to strip off, soak up the sun and enjoy the freedom of being abroad. However, travellers must consider the feelings of locals.

What might be acceptable in one’s own country could well not be the done thing in your destination.

One tourist in Bali has been strongly criticised for her “inappropriate” behaviour.

The woman was filmed during a visit to a beach on the Indonesian island.

Allegedly an influencer, the female was spotted performing a workout move. 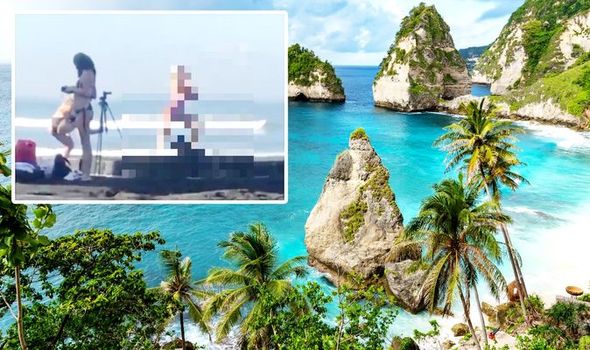 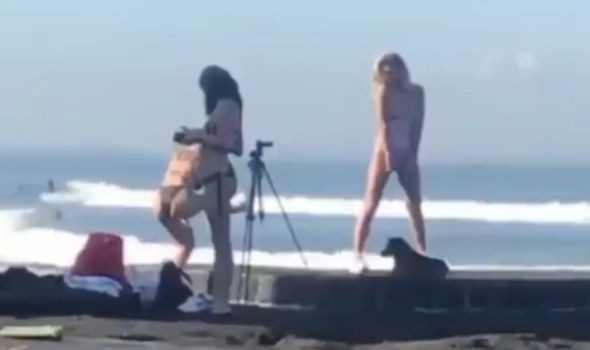 Wearing just a skimpy pink swimming costume and white trainers, the blonde woman can be seen looking suggestively at the camera.

She then performs a series of slow squats.

Two bikini-clad women hover around her capturing her actions on camera.

However, she is doing the move just yards from where locals are carrying out a ceremony.

Footage shows the group of Balinese women in traditional clothing nearby.

They are understood to be carrying out Canang sari.

This is is one of the daily offerings made by Balinese Hindus to thank the Sang Hyang Widhi Wasa in praise and prayer.

The Balinese group appear to be preparing for the ceremony. 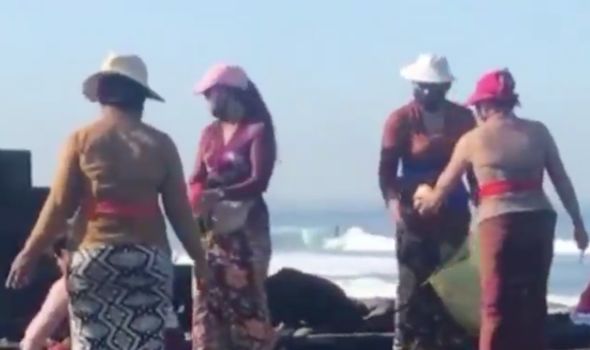 Although they pay very little attention to the squatting woman, those who watched the footage of the incident have been outraged.

Viewers were quick to share their opinions. “Ignorance and bad manners,” one posted. 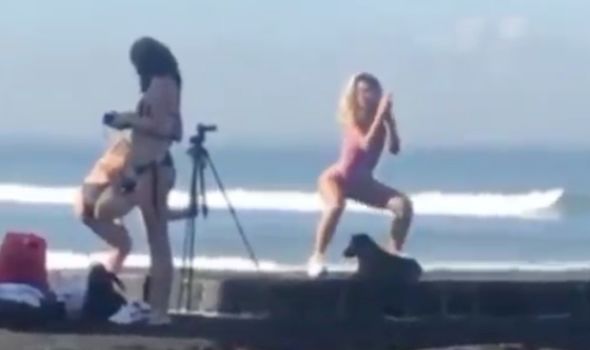 “I cannot stand this s**t… these people should get kicked out of the country,” a third posted.

“Disgusting… disrespectful. Take it back to your own country.”

“Only caring about themselves,” another commented.

Flyers don't get a refund if they don't want to travel during a pandemic. Should they?