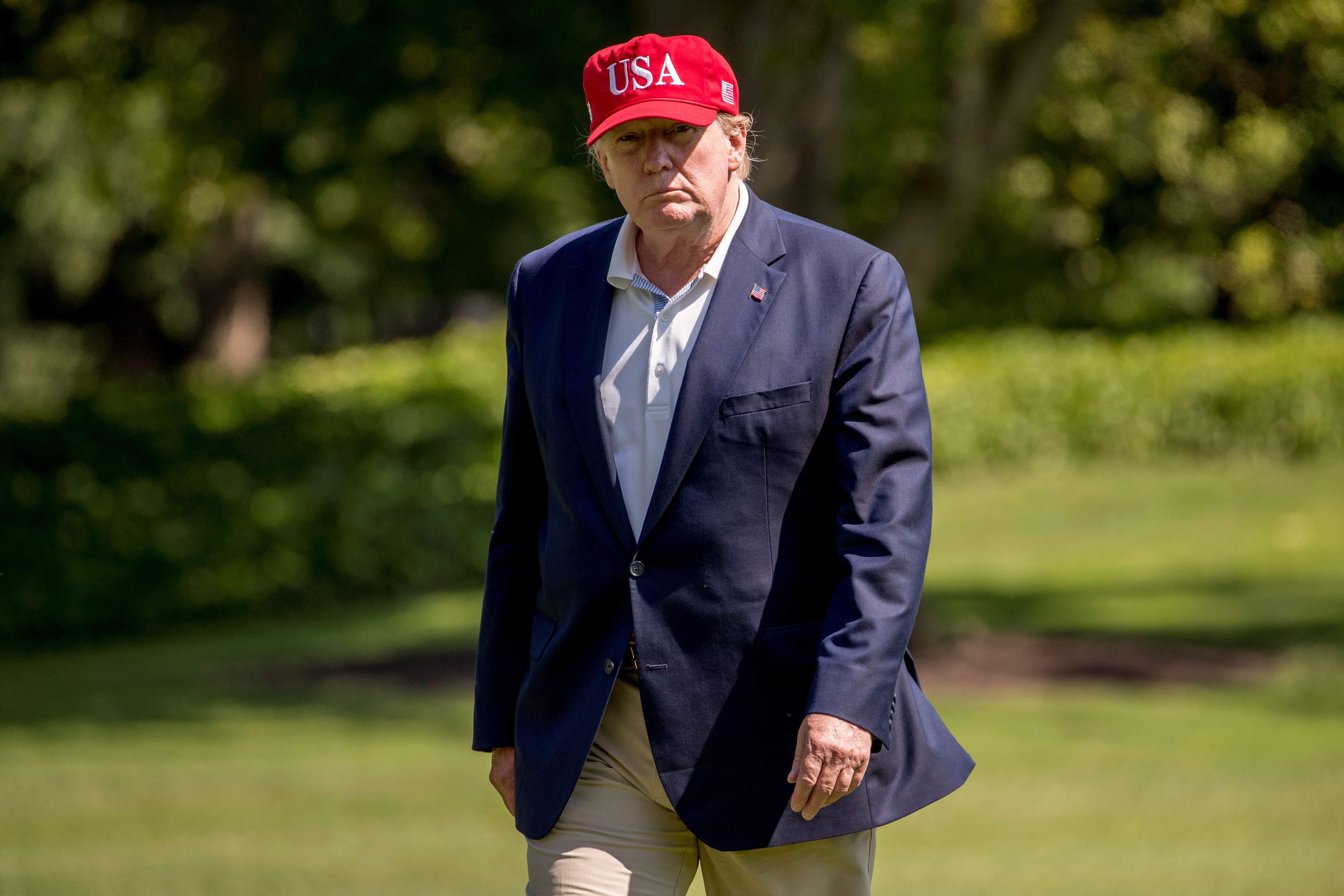 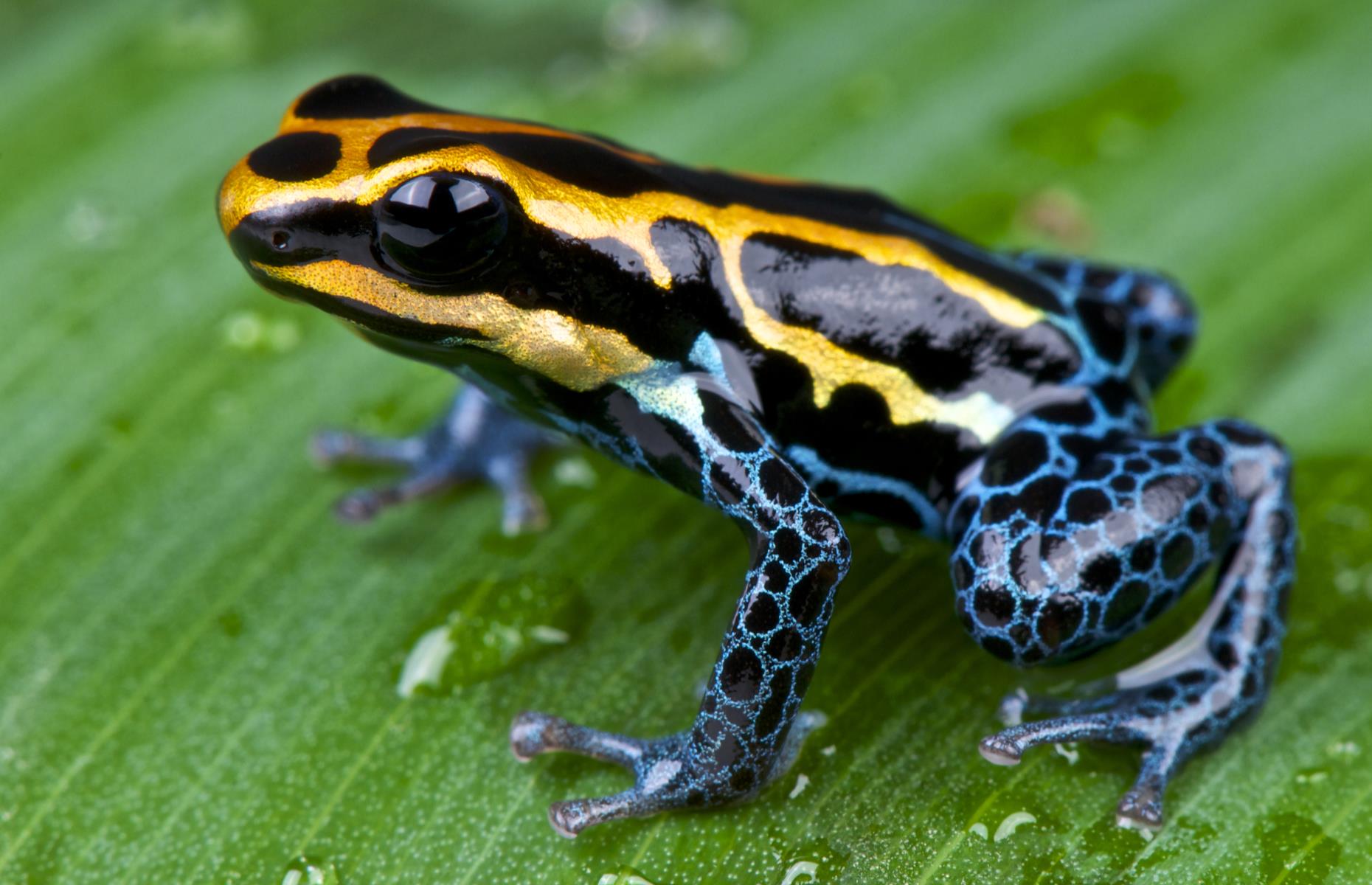 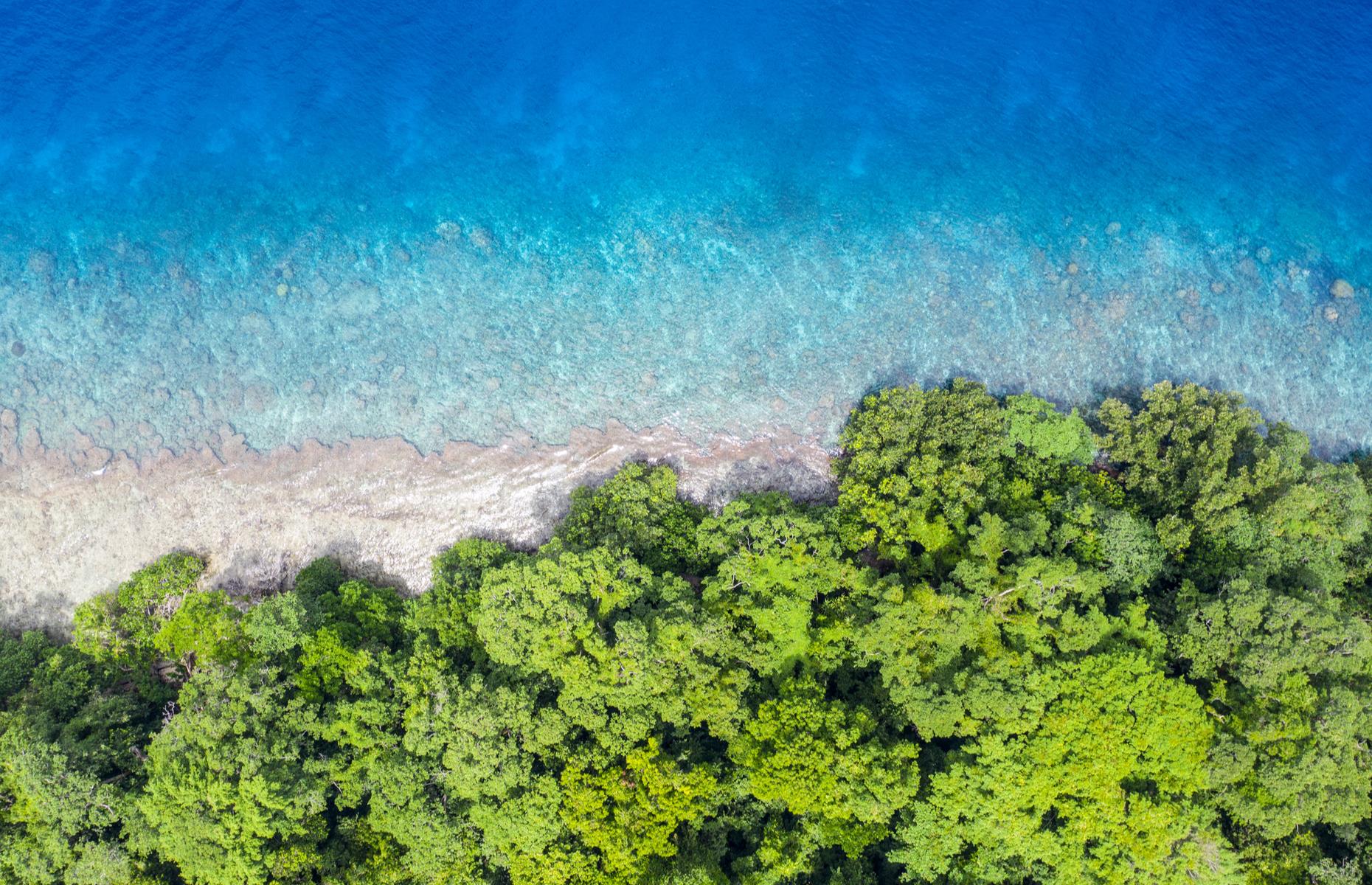 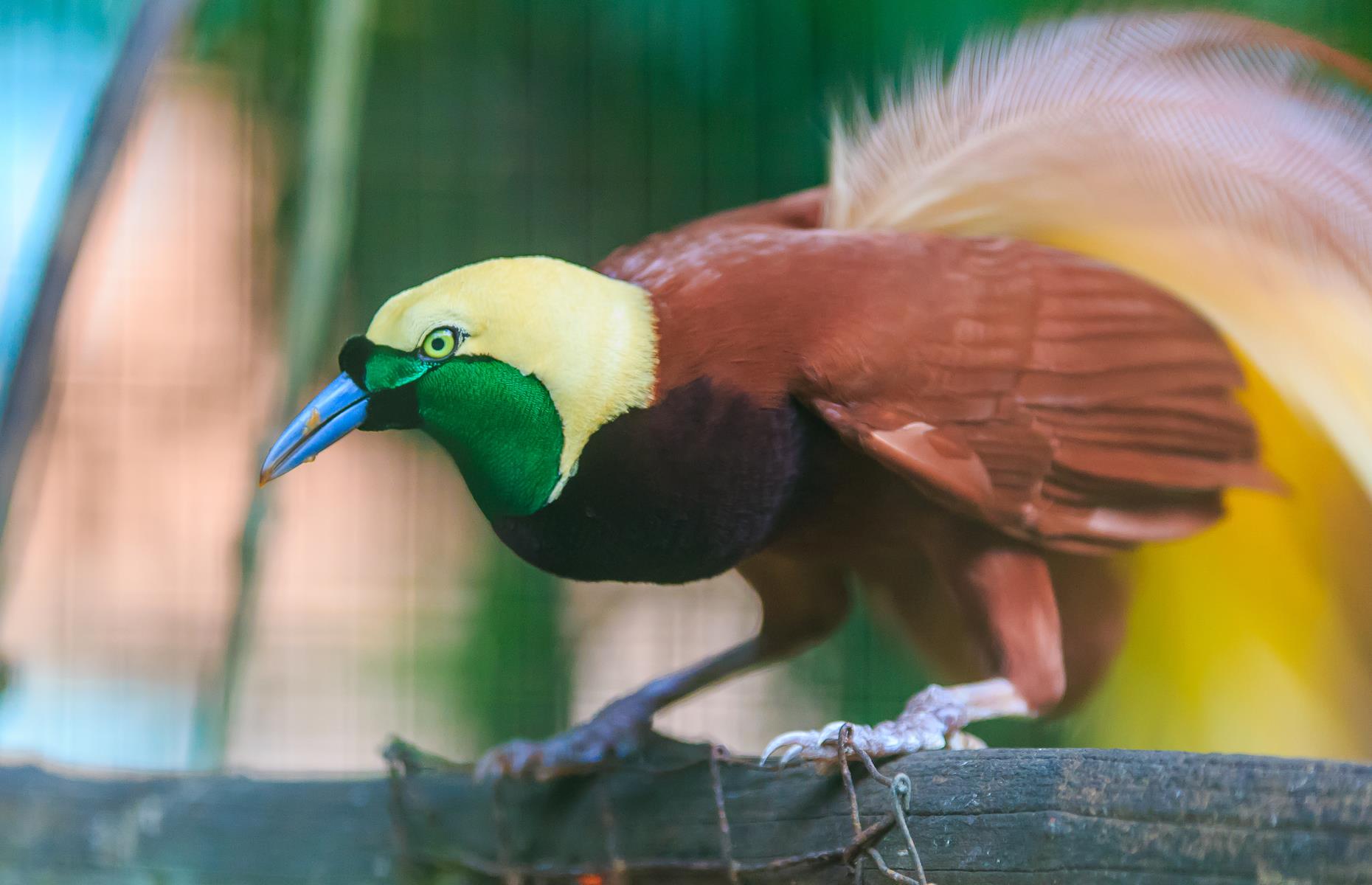 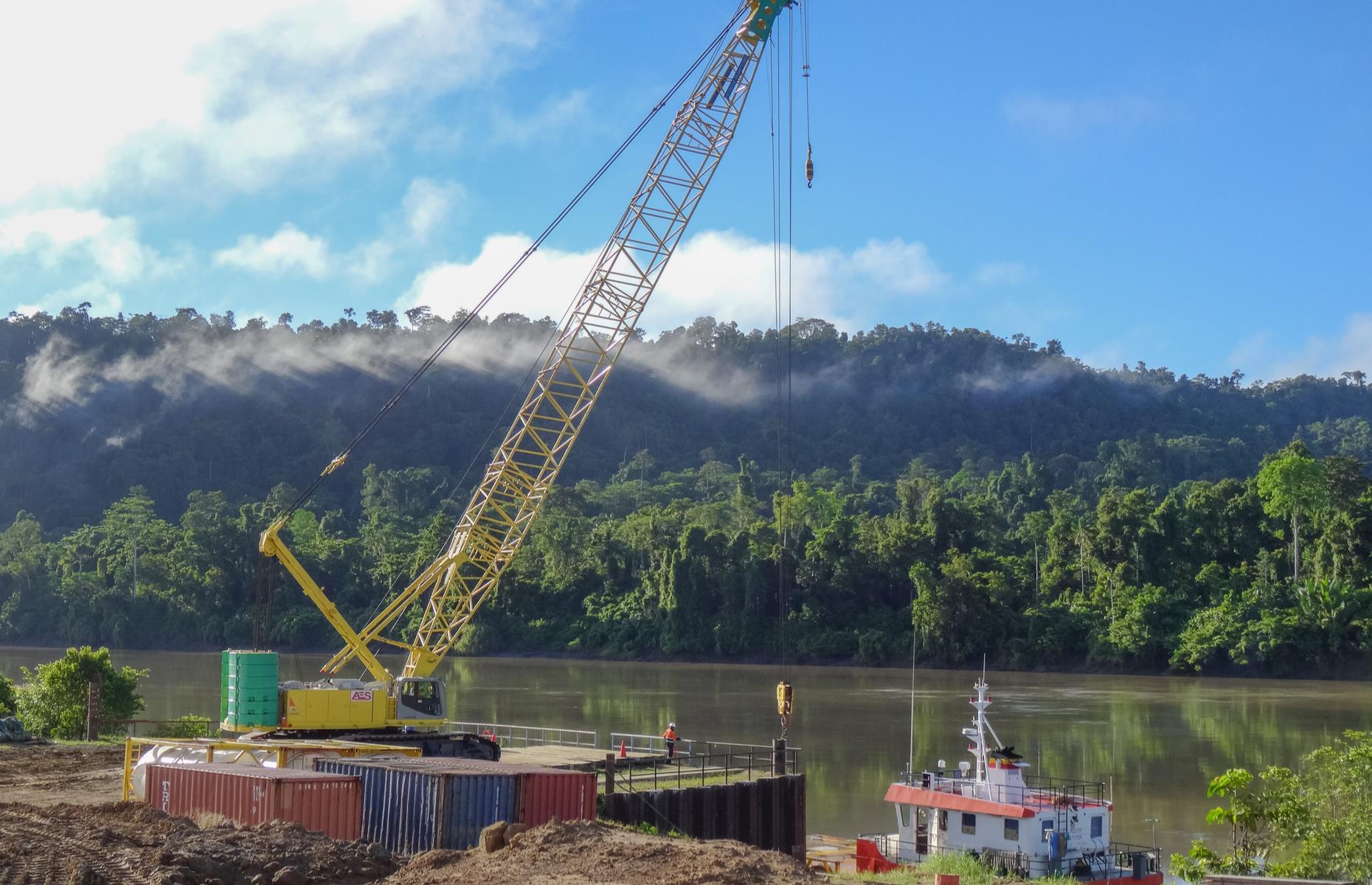 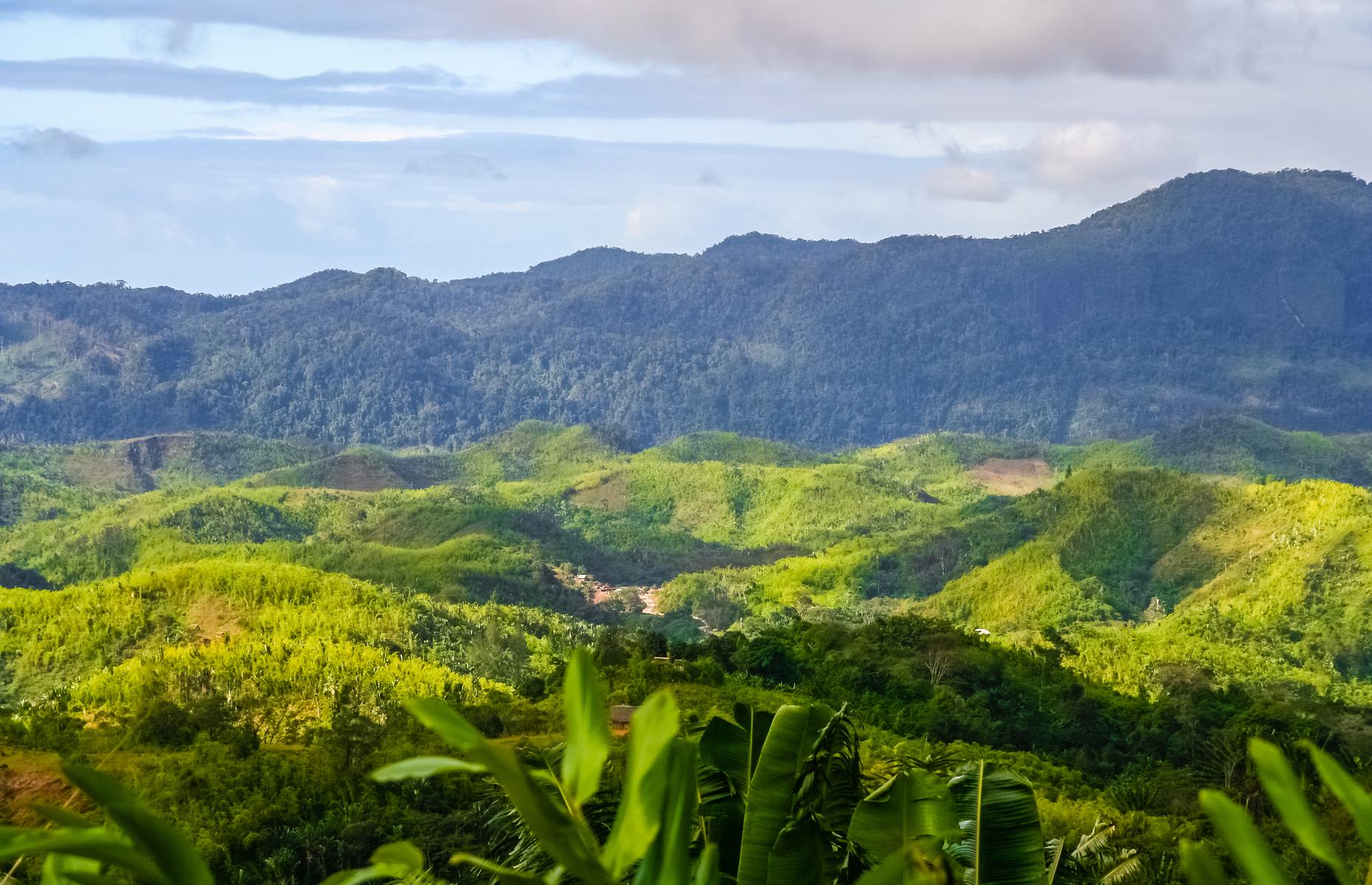 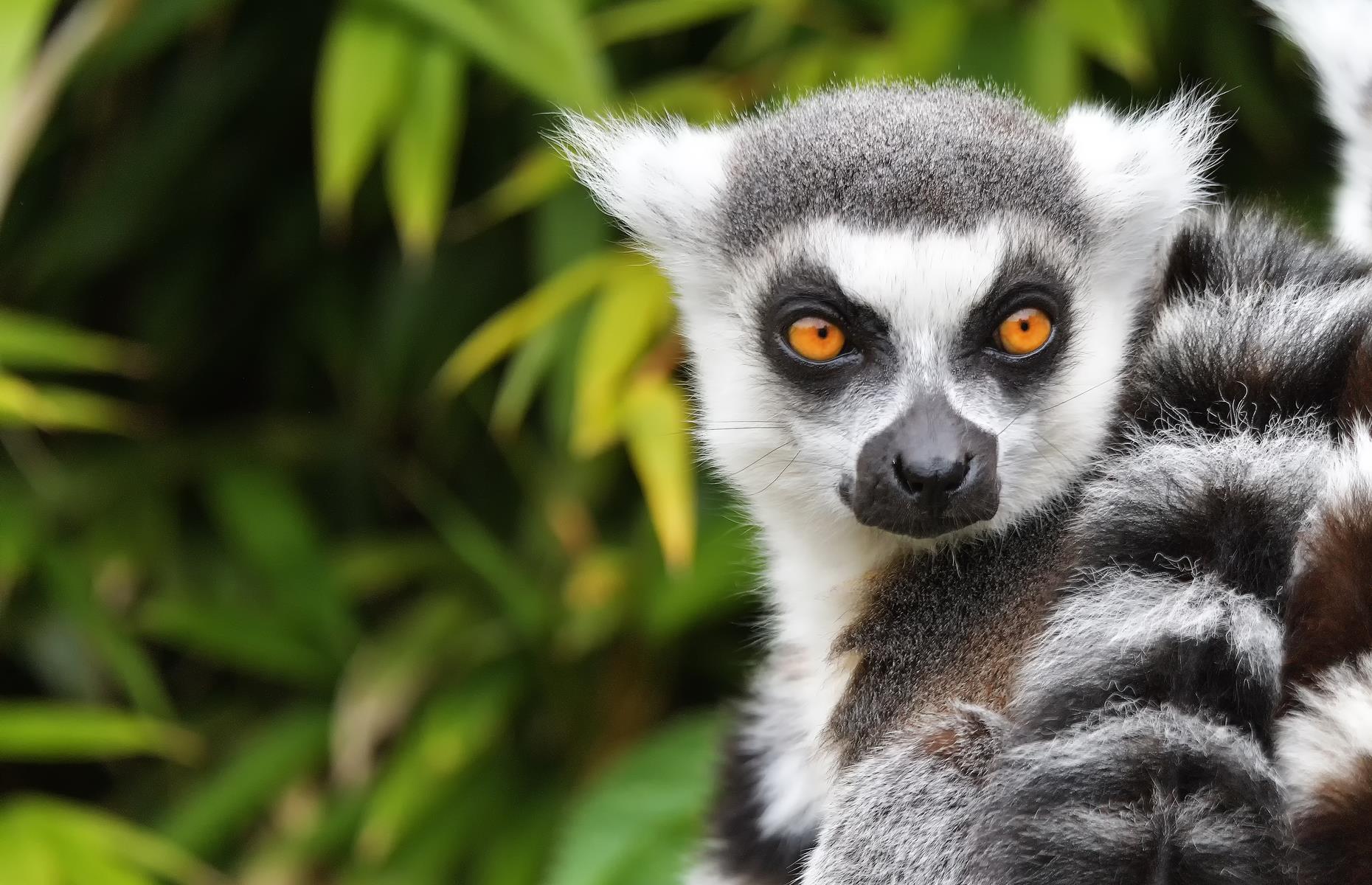 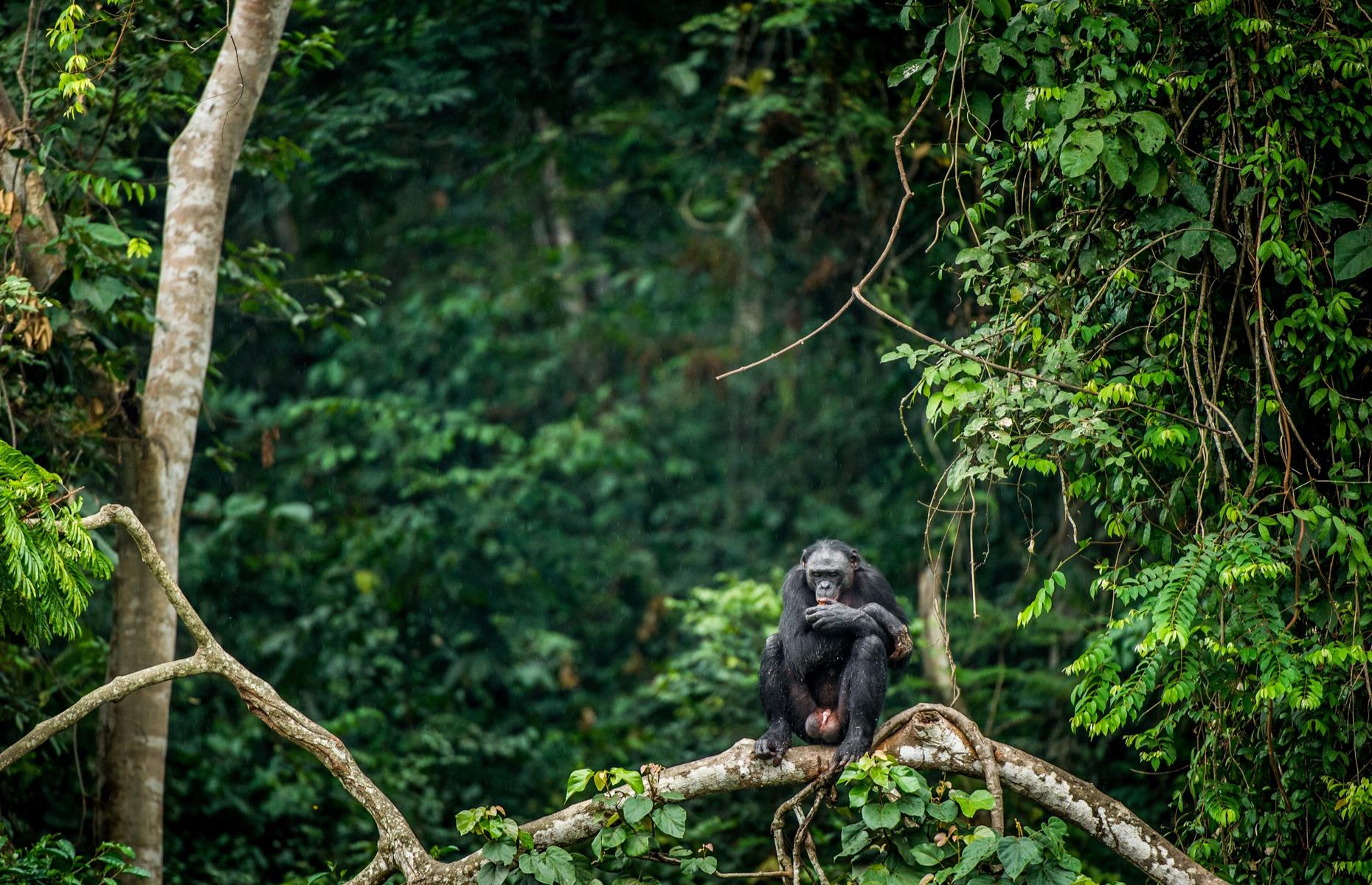 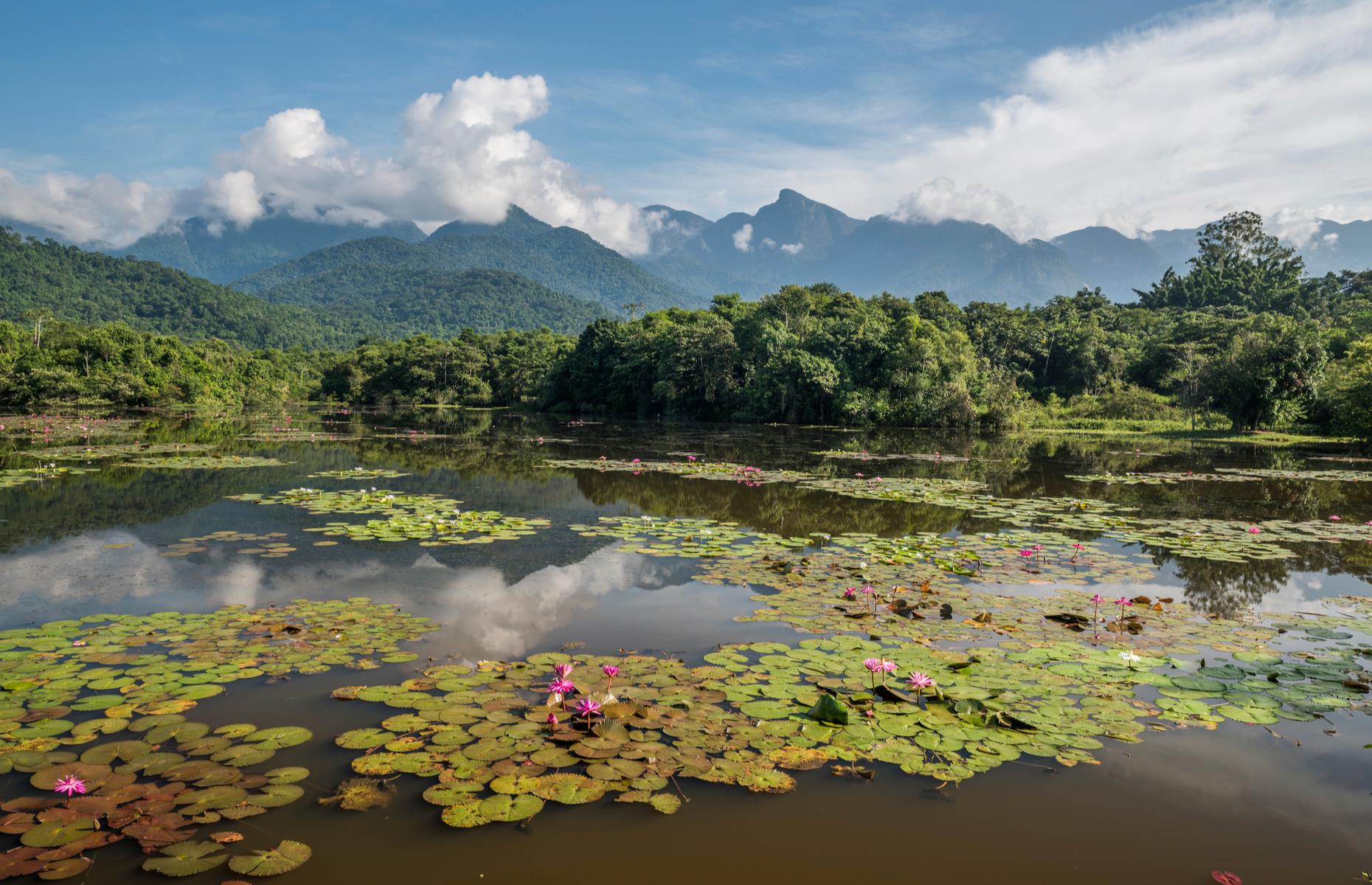 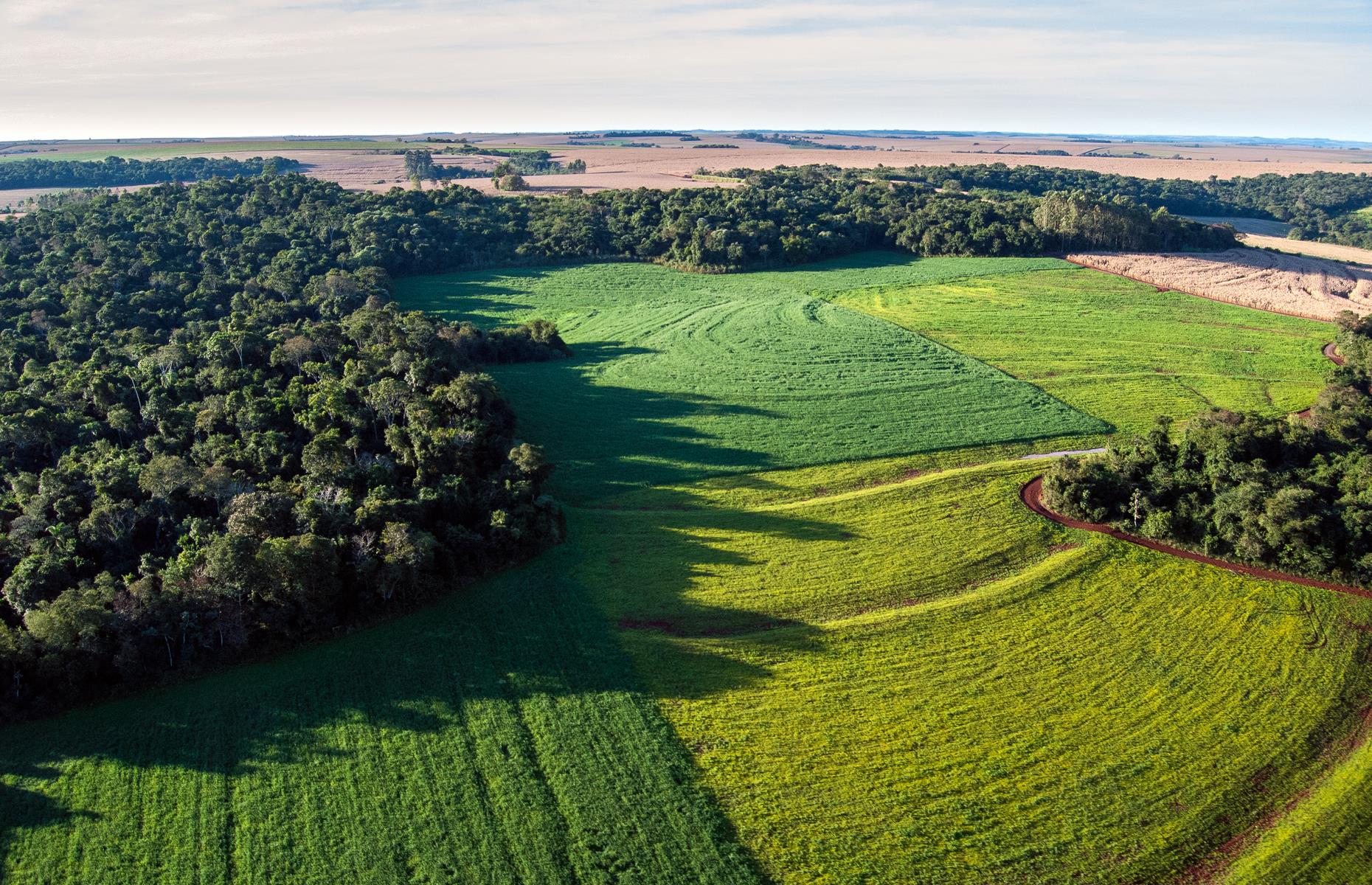 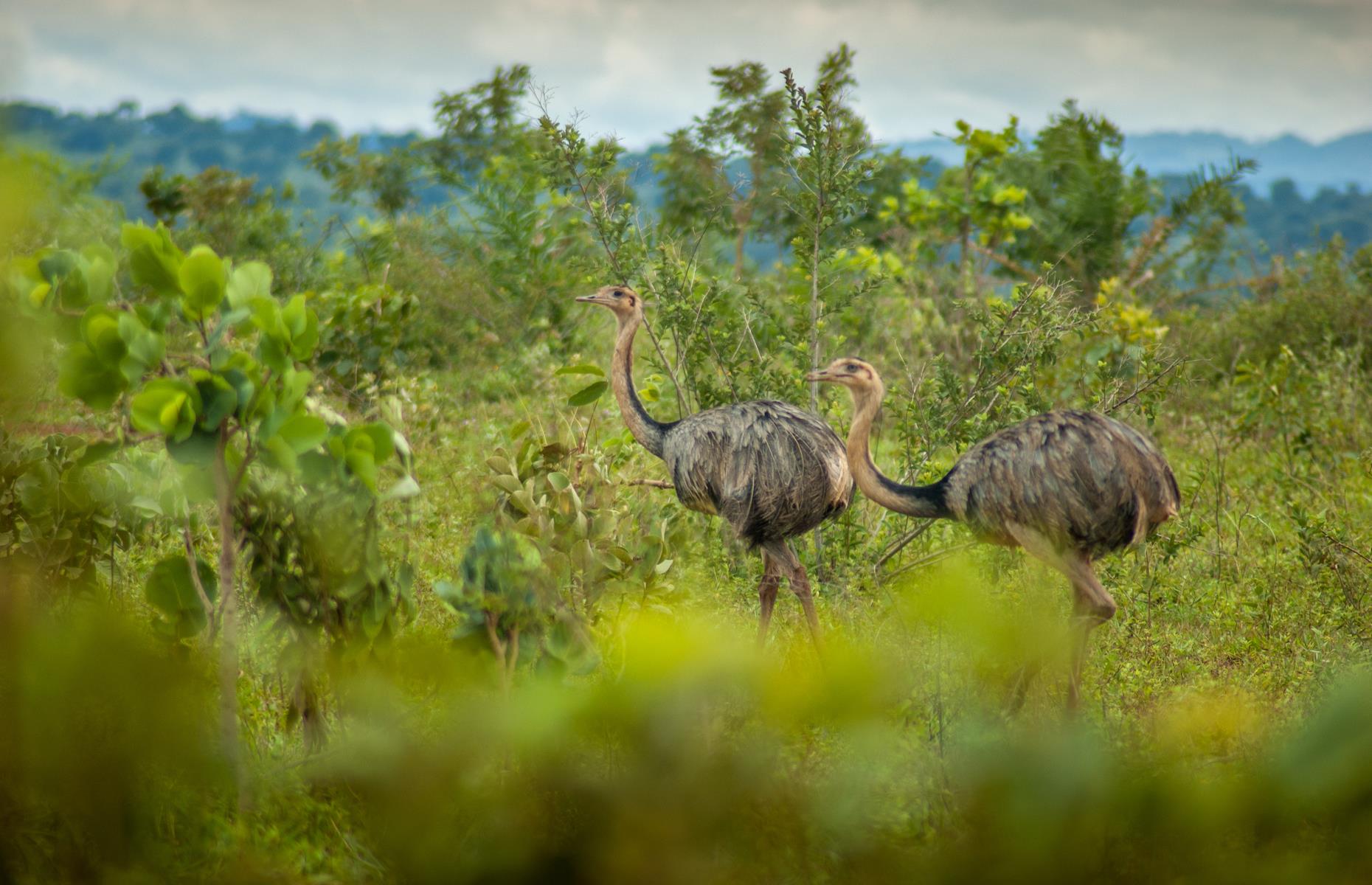 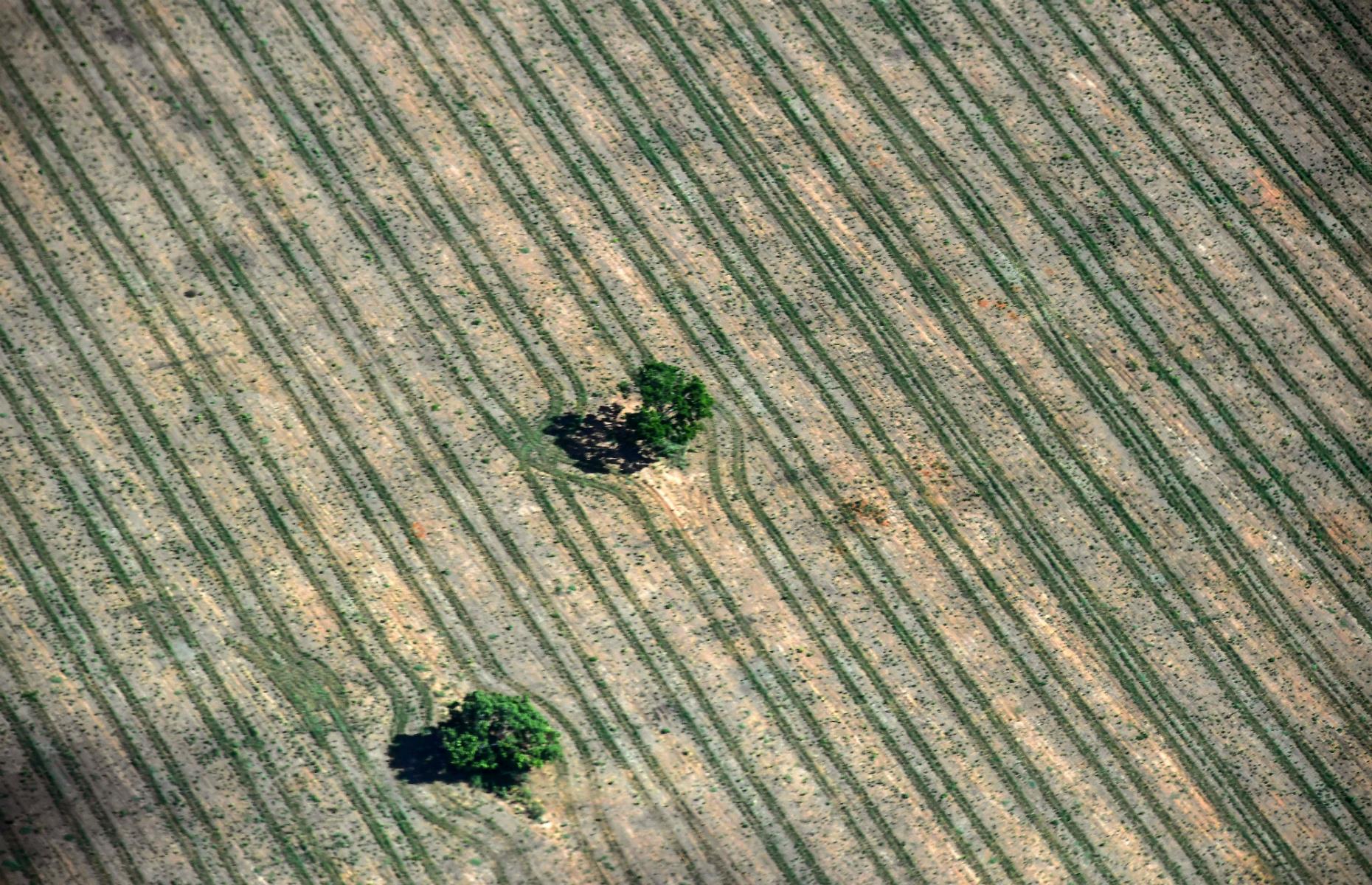 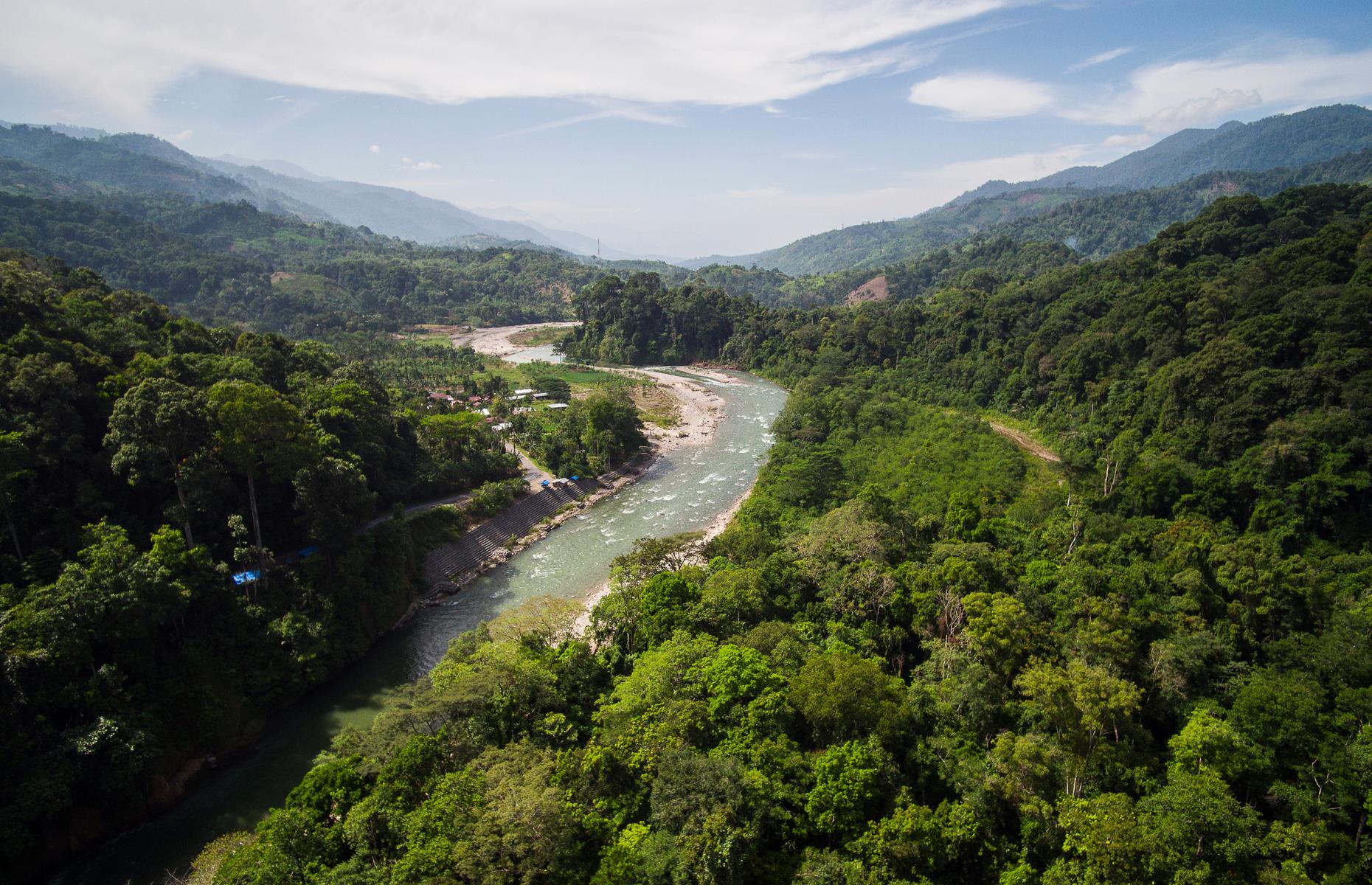 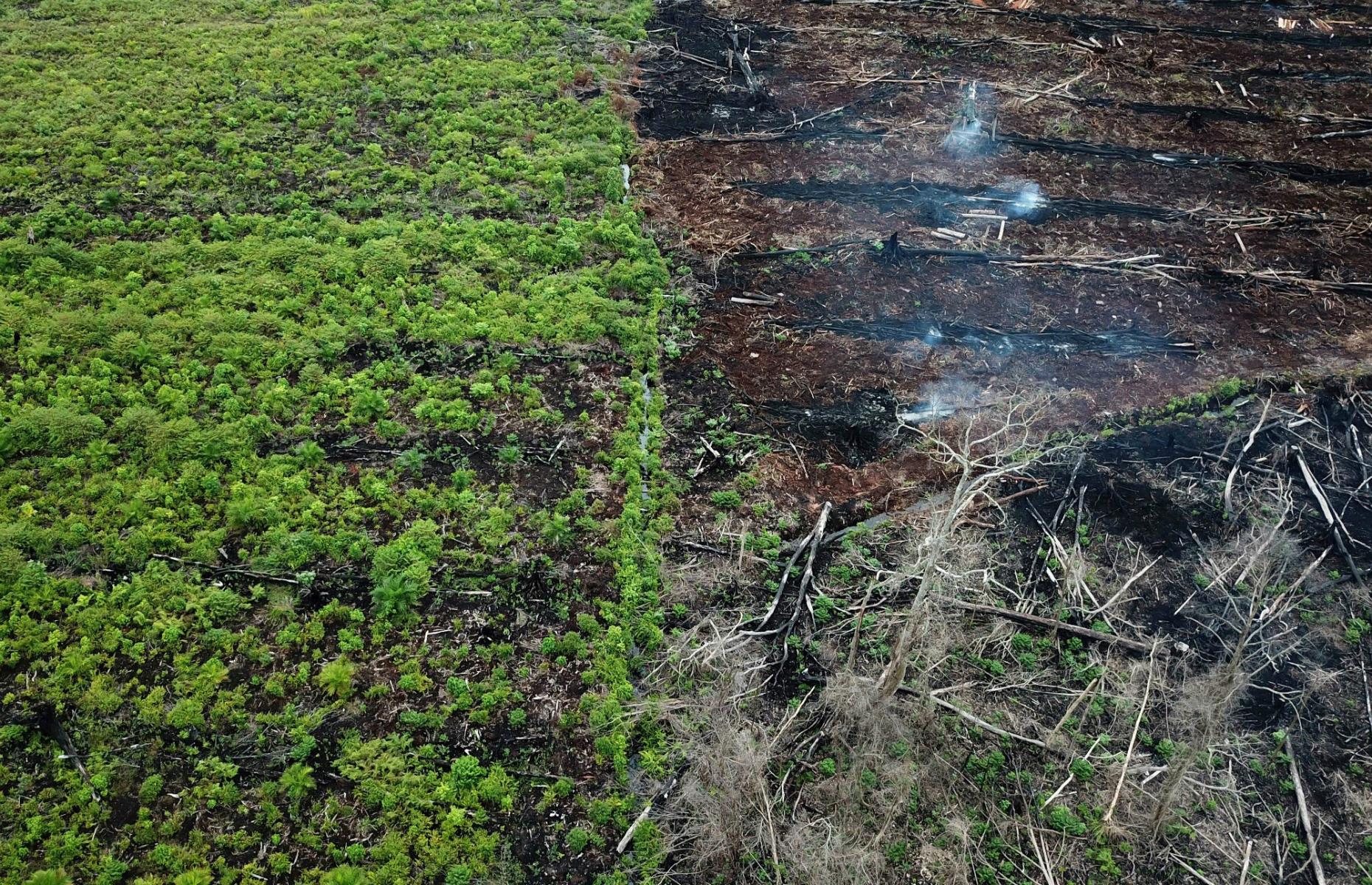 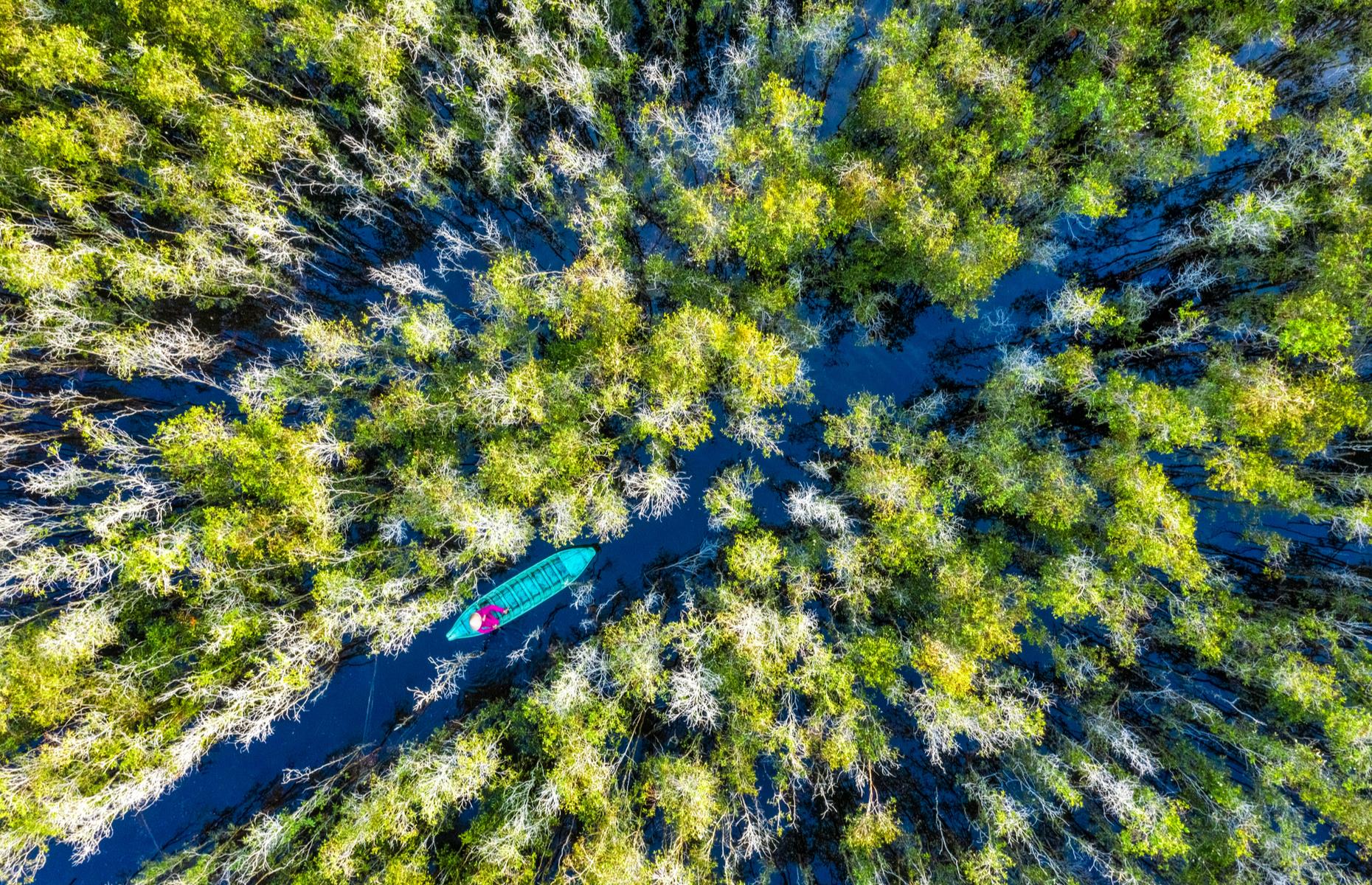 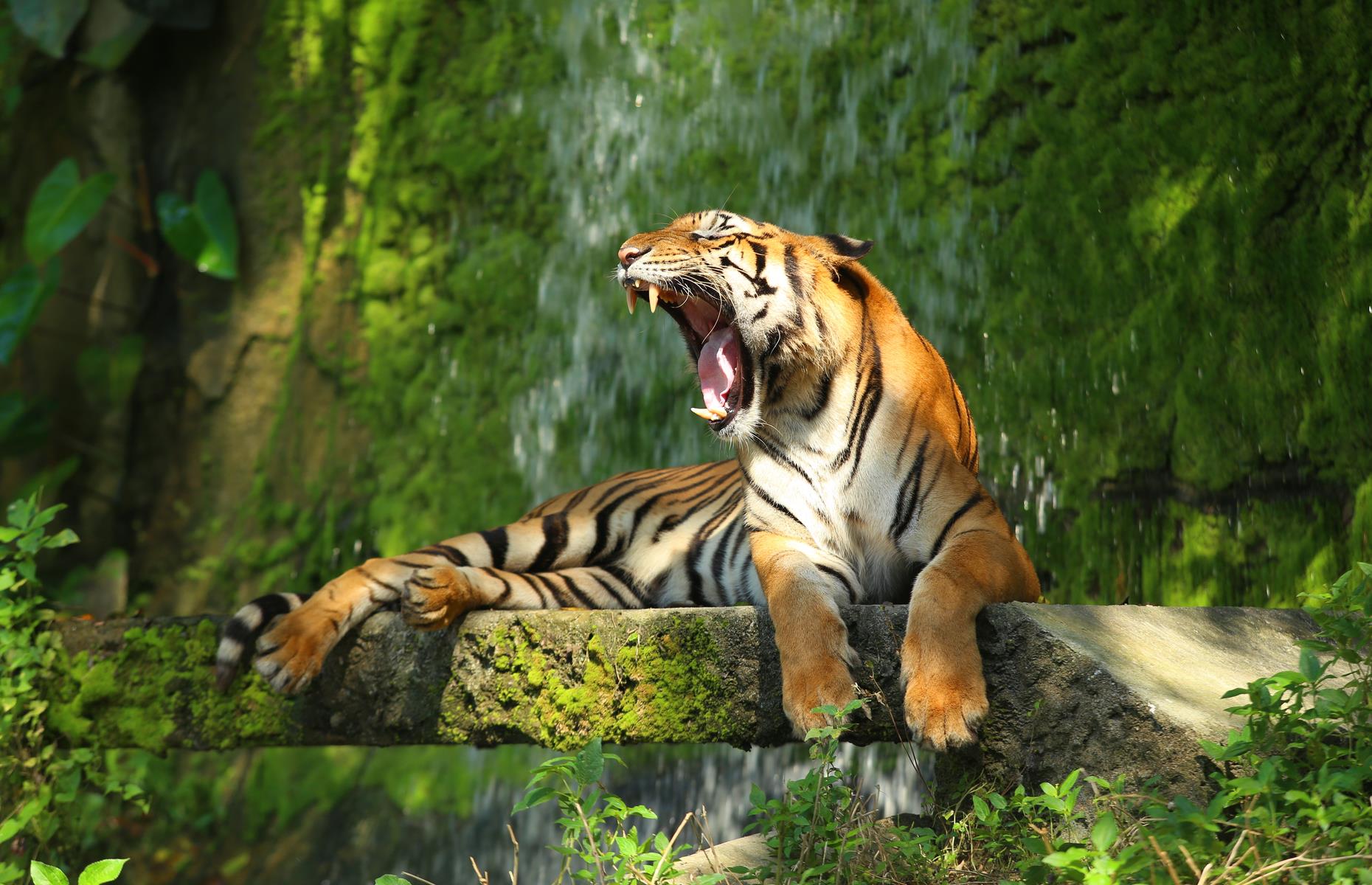 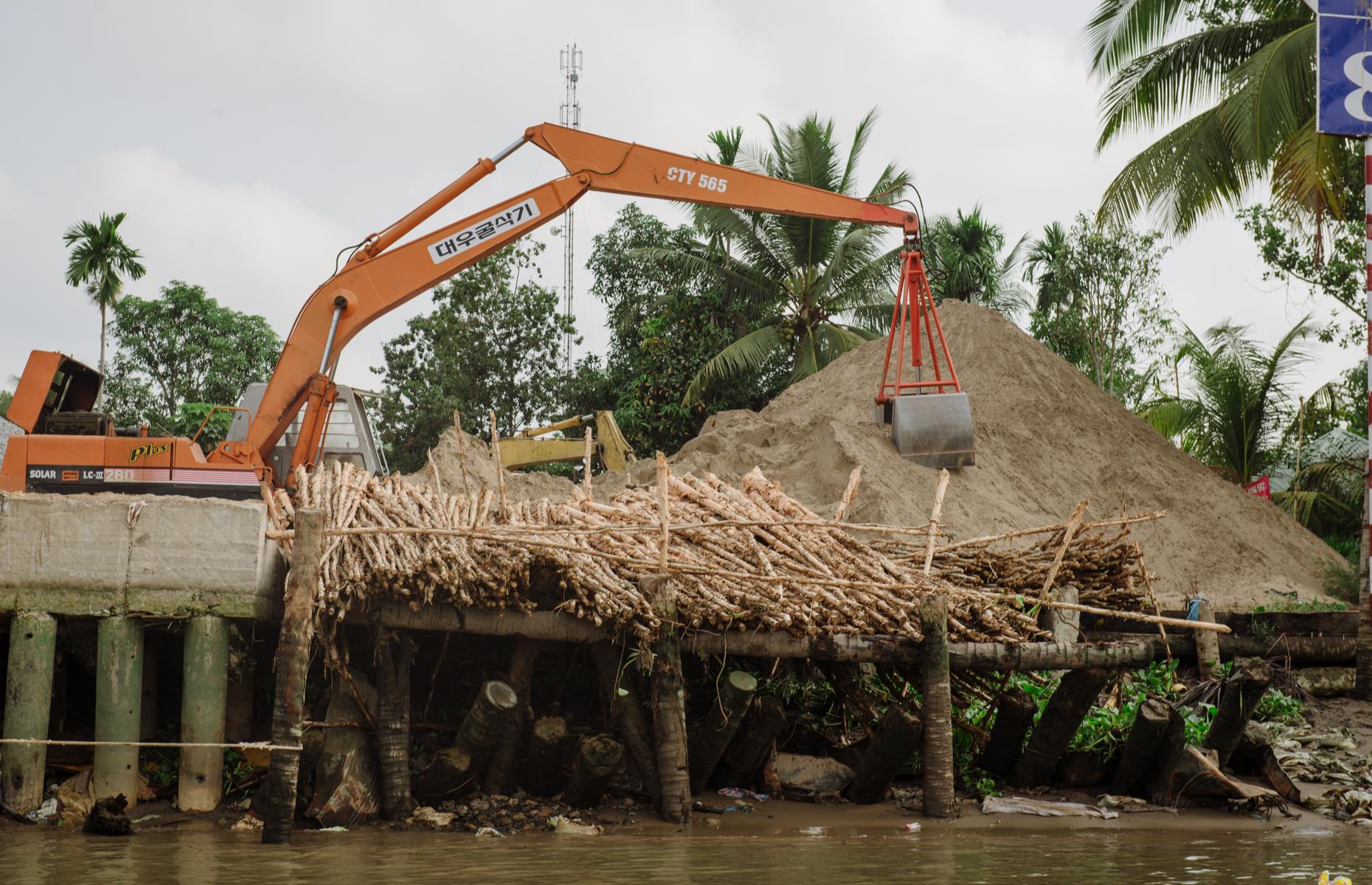 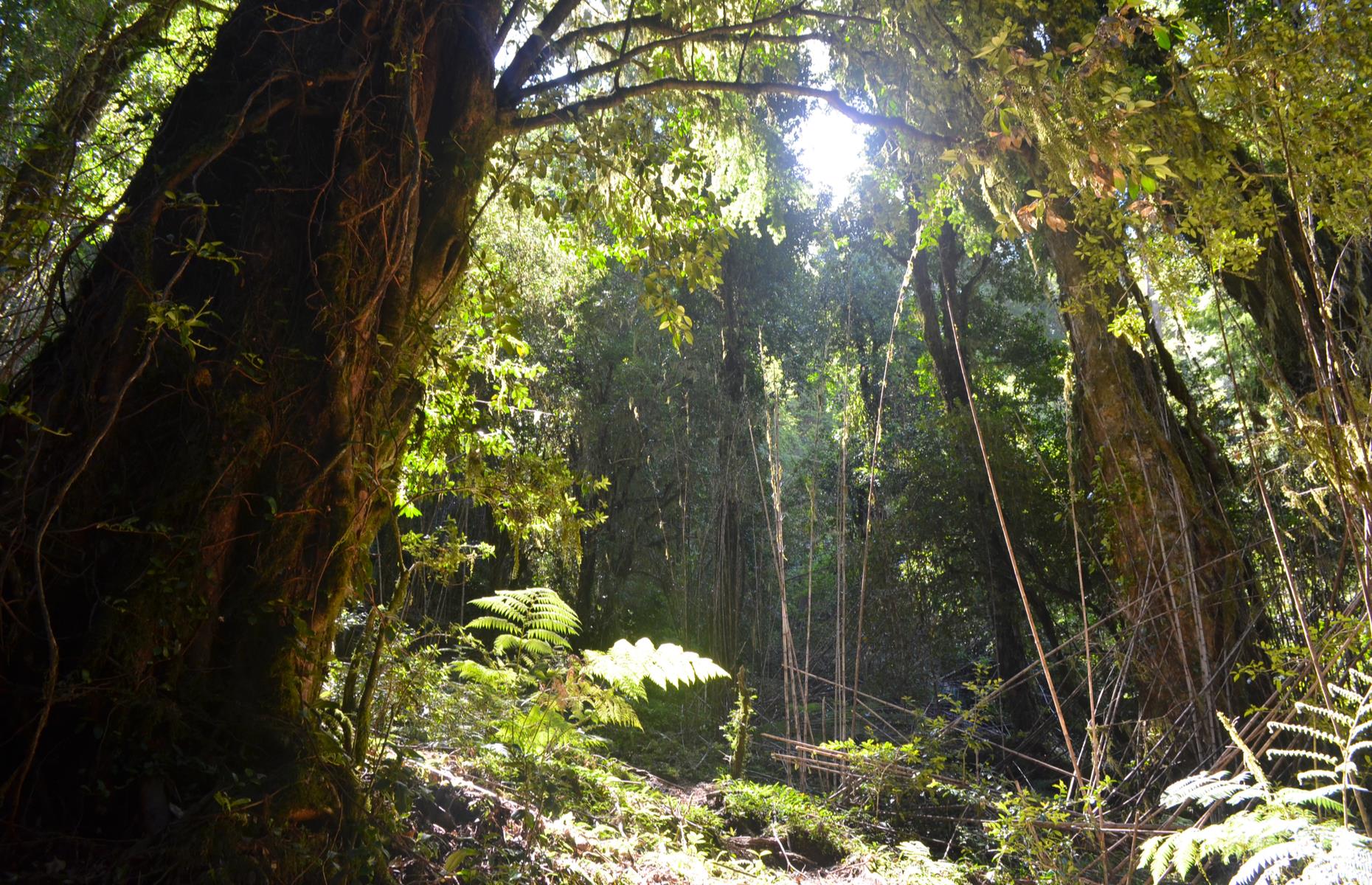 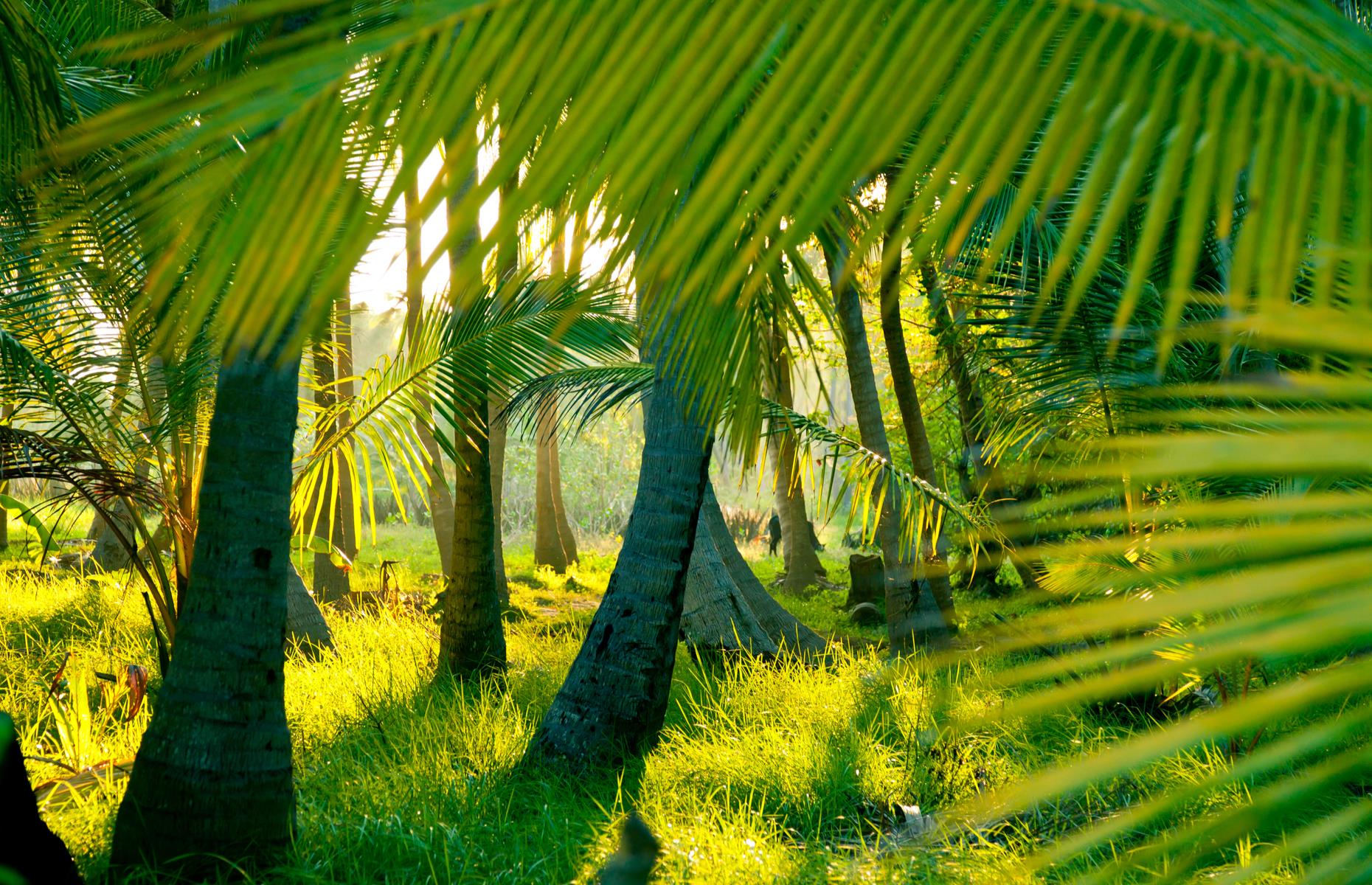 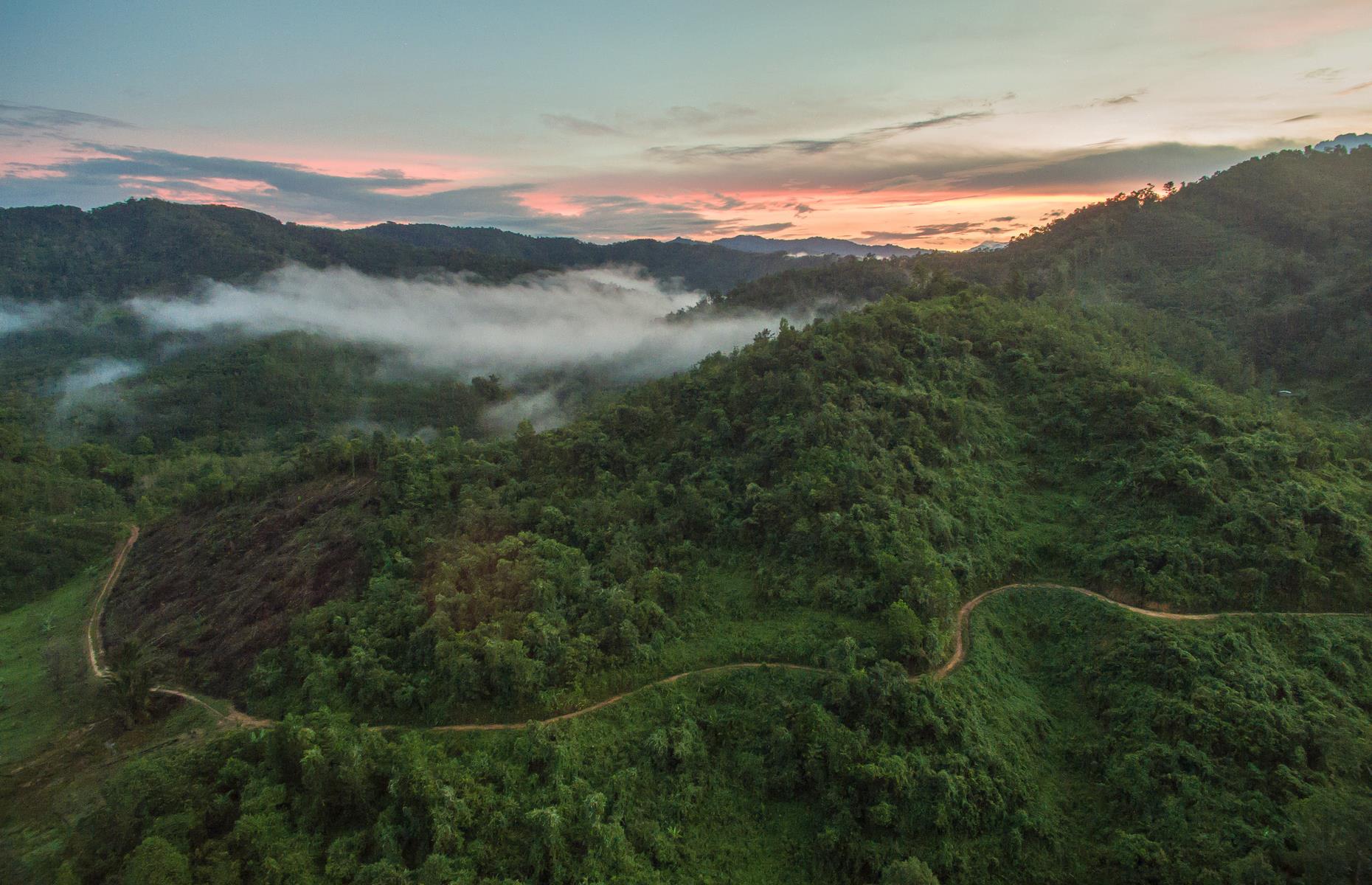 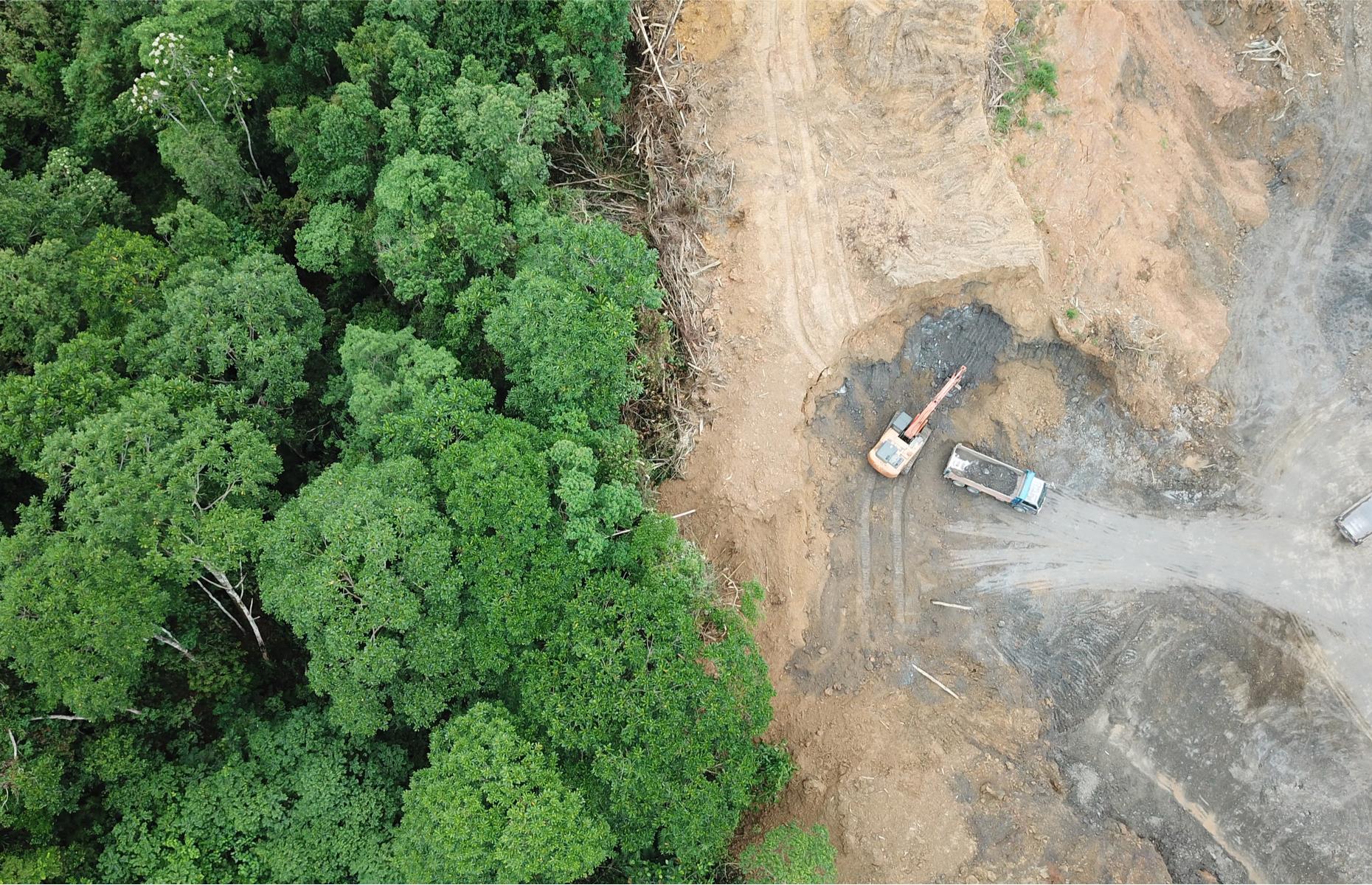 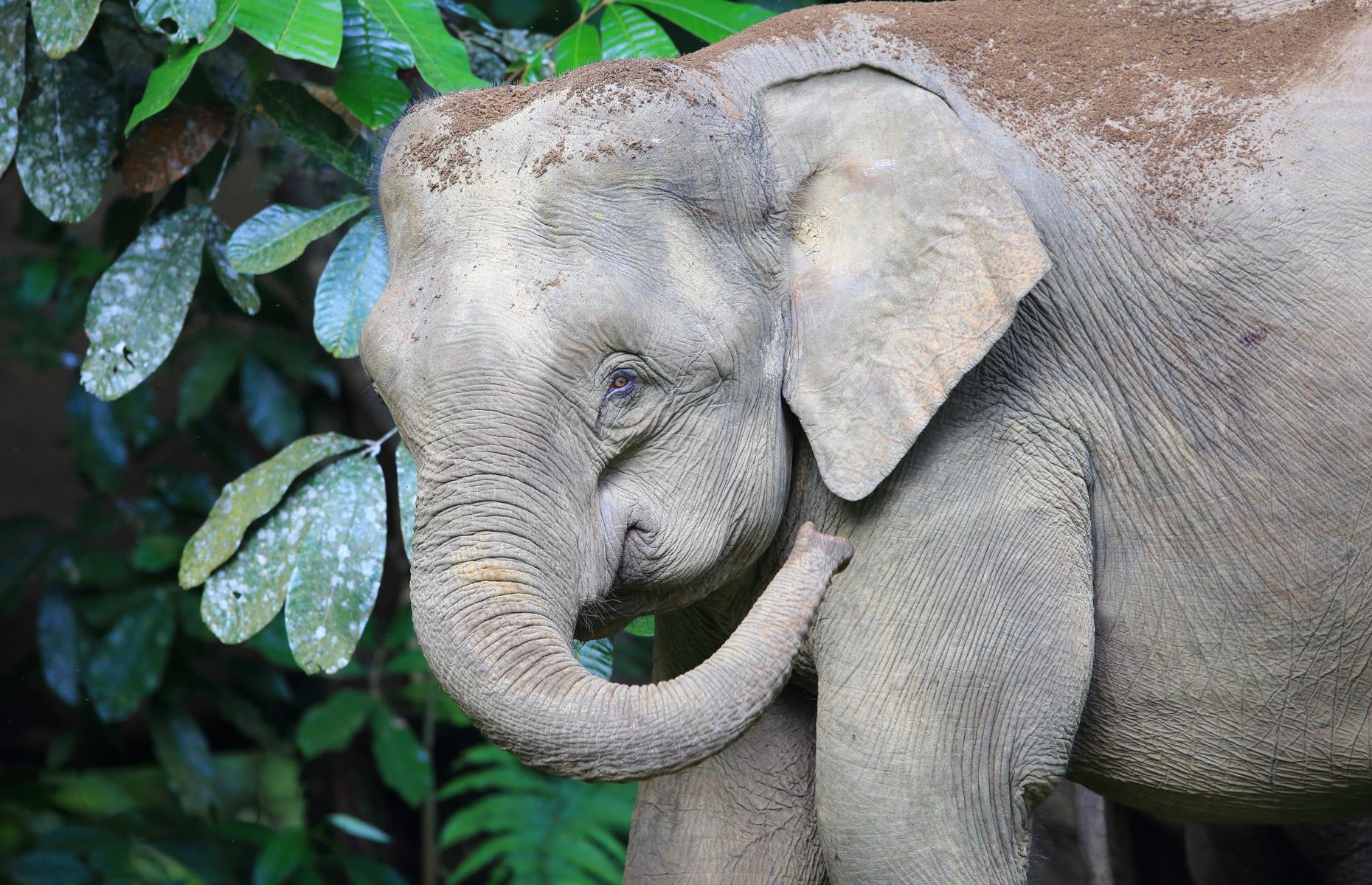 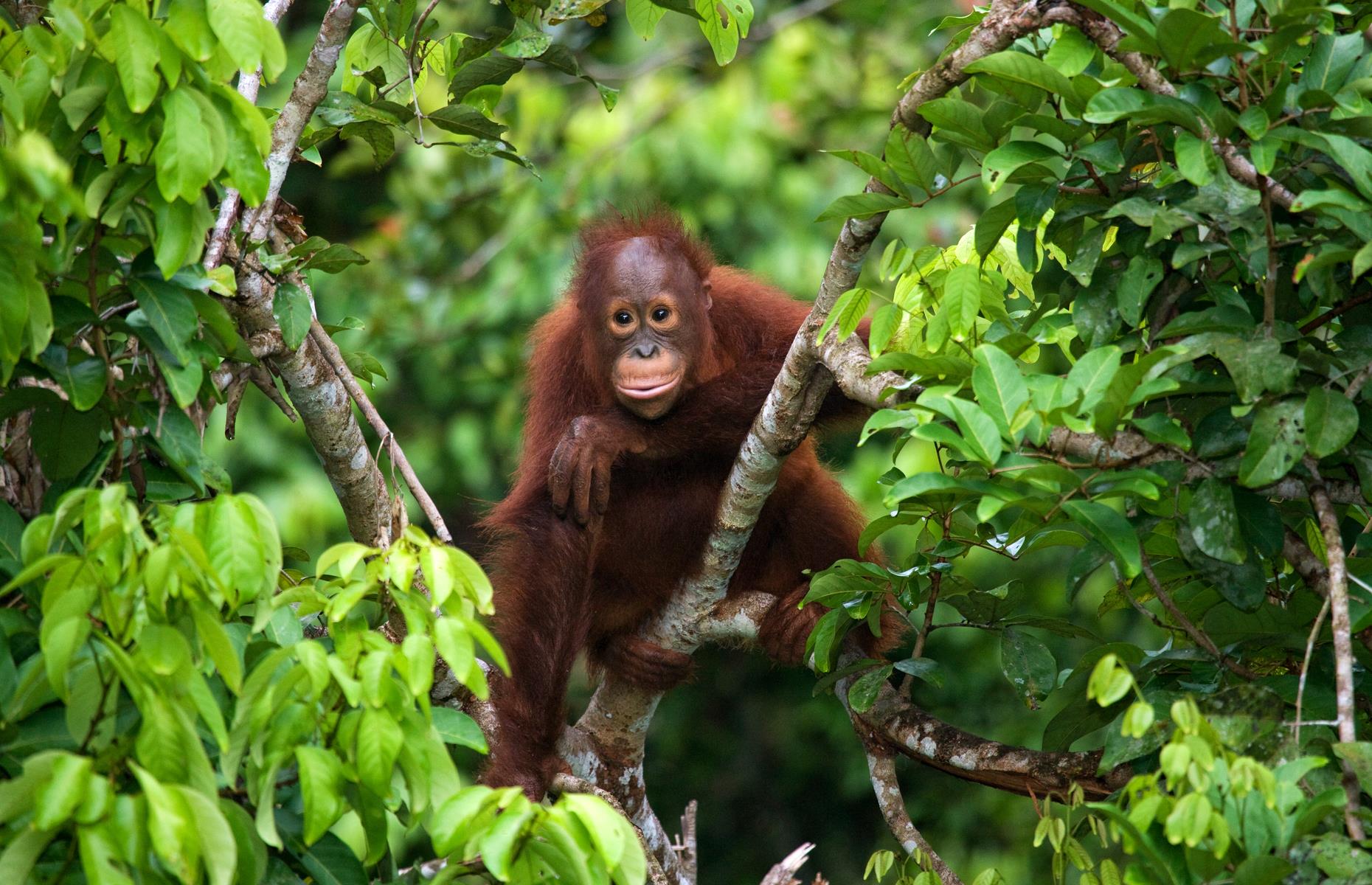 It’s a jungle out there

From Borneo to the Amazon, many of the world’s key rainforests – and endemic species – are currently under threat. Sadly, deforestation is rife around the world, whether that’s for logging, extracting natural resources or agricultural demands. Shockingly, rainforests now only cover approximately 6% of the Earth’s surface (it was once more than double that), but they’re still as intriguing as ever …

Spanning an enormous 6.7 million km2 (that’s twice the size of India, for perspective), the Amazon rainforest is the single largest remaining tropical rainforest in the world, and contains a staggering 10% of the world’s biodiversity.

The Amazon rainforest and river basin are home to thousands of species of animals, including the largest number of freshwater fish species in the world. You’ll also find river dolphins, jaguars, sloths, macaws and poison dart frogs (pictured).

The island of New Guinea, off Australia, is a tropical paradise and one of the most biologically diverse areas on the planet. Some of the world’s key rivers – such as the Mamberamo – flow through New Guinea’s luscious forests.

On top of verdant landscapes, New Guinea is home to an abundance of wildlife. In fact, the island boasts as many bird and plant species as Australia, despite occupying only 1/10th of the land area. Popular residents include the wonderfully flamboyant birds of paradise (pictured) and tree kangaroos – many of which are at threat due to habitat destruction.

A combination of mining, oil rigging and industrial logging means that New Guinea’s magical forests, and the species within them, are sadly at risk. According to the World Wide Fund for Nature (WWF, formerly World Wildlife Fund), more than 2% of the forests on the island have already been felled.

Equivalent to Texas or France in size, Madagascar is home to more than 250,000 species, 70% of which are endemic. Sadly, the WWF reports that less than 10% of Madagascar’s original forest cover exists today, due to land being cleared for cattle, illegal tree cutting and agriculture.

Lemurs may be native to Madagascar – there are more than 50 different kinds – but today, 10 of these species are critically endangered, seven are endangered and 19 are considered vulnerable. Chameleons, geckos and snakes are also at risk of being captured by the wildlife trade.

Occupying a staggering 500 million acres, the Congo Basin is the world’s second-largest tropical rainforest. It’s so sizeable, it spans six countries, including Cameroon and Gabon. Alongside swamps, savannas and forests, the Congo is also home to verdant forests – and chimpanzees.

It’s home to more than 75 million people – but population density, plus agricultural development and the creation of roads have all put pressure on the forests here. Illegal animal poaching, and the extraction of natural resources such as timber, diamonds and petrol, have all wreaked havoc on the landscape too.

It may be one of the world’s most diverse regions, second only to the Amazon, but Brazil’s Atlantic Forest is one of the most at risk. Animals including jaguars, three-toed sloths and red-tailed parrots all reside there.

Agricultural developments, namely the creation of soybean fields such as those pictured, plus deforestation for the production of timber, sugar cane, coffee and cattle, have resulted in severe habitat loss (only 7% of Brazil’s Atlantic Forest exists today), forcing many endemic species to the brink of extinction.

Brazil’s Cerrado covers more than 20% of Brazil (it’s the size of England, France, Germany, Italy and Spain combined) and its trees and verdant spaces are a haven for a number of bird species, such as the red-legged seriema, the emu and the critically endangered Spix’s macaw. Like Brazil’s Atlantic Forest, it’s also a highly threatened region.

Deforestation from soybean production and cattle rearing has seriously affected the Cerrado; only 20% of its original vegetation remains. What’s more, the remaining land is at high risk, with only 3% being legally protected.

As rich in diversity as Borneo and New Guinea, The Sumatran Lowland Rain Forests may be some of the most diverse forests, but they’re equally as threatened. They’re home to more than 450 species of bird, plus a number of endangered species including the Asian elephant and the Sumatran rhinoceros.

It’s thought that more than 3,000 km2 of forest is lost each year to logging, hunting and palm oil production – the latter can be clearly seen in this photo, where precious sections of rainforest have been stripped.

The forests of Greater Mekong are home to the largest combined tiger habitat in the world but, according to the WWF, numbers of tigers have fallen by a staggering 70% in recent years.

The WWF warns that the Greater Mekong region risks losing more than a third of its remaining forest cover within the next 20 years – with land being lost to deforestation, overpopulation, infrastructure and construction.

Book-ended by the Andes and the Pacific Ocean, the Valdivian Forests are celebrated for their sheer number of native species and animals (over 90% of species are endemic). However, rapid deforestation – namely for logging and firewood – is putting this verdant and diversity-rich habitat at risk.

They once covered more than 26% of Sri Lanka, but rainforests now cover less than 2% of the island, in part due to colonization and civil war. Unsurprisingly, all remaining rainforests are now protected areas, with the Sinharaja Forest Reserve – home to over 50% of Sri Lanka’s endemic mammals and butterflies – now a UNESCO World Heritage Site.

Divided between the countries of Malaysia, Brunei and Indonesia, Borneo, the third largest island in the world, is also home to some of the oldest rainforests. Here, you’ll find all manner of endemic species, from the Bornean orangutan, to the eastern Sumatran rhinoceros and the dayak fruit bat.

But, like many tropical rainforests around the world, Borneo is experiencing significant deforestation, particularly for the extraction of resources such as timber, palm oil, pulp, rubber and minerals, with one of the biggest drivers being the global demand for palm oil. While protection laws are in effect throughout Borneo, they are often disregarded.

Sadly, many of Borneo’s rainforest inhabitants, such as orangutans and elephants, are endangered and could be at risk of extinction if deforestation continues; larger animals such as these require huge areas of uninterrupted rainforest to survive – something that’s becoming less and less common with the creation of roads throughout the rainforest.

Tragically, illegal poaching – enabled by the rising number of roads and development of infrastructure – also continues to be a key threat to animals, especially orangutans.

African-Americans reclaim "Go Back to Africa" with tourism ad

Everything you need to know about HS2