Stone-flagged streets, distinctive architecture and delightful restaurants and bars… soaking up the charm of Malta on a spirit-reviving three-day trip

Malta, sandwiched between Sicily and the Libyan coast, might at first glance seem a little distant for a mini-break.

But a flight takes just three hours, and as my wife Carolyn and I discovered in early May, a three-night stay proved to be perfect to revive the spirits after a cold winter and a dismal spring.

Malta in May is a riot of flowers, and their scent hangs over the huge, manicured gardens of the Phoenicia Hotel in Valletta, where we stayed. 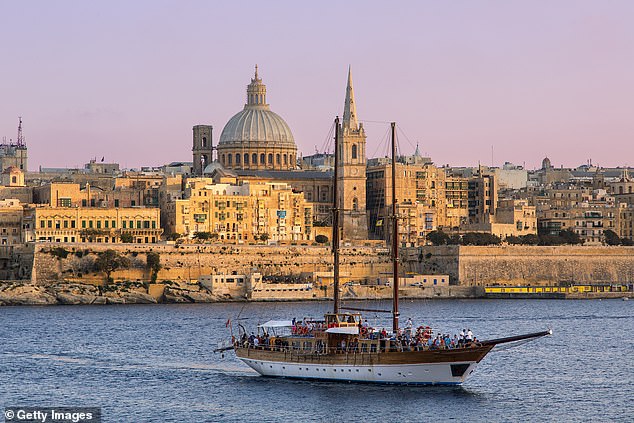 Golden moment: Valletta’s Grand Harbour in the capital of Malta shines in the glow of sunset

Built in the 1930s, located across the moat from the city’s ancient, golden stone walls, this fine property has recently been restored.

Beneath the dome of the Palm Court, or on its elegant terrace – blessed with a stunning view of the harbour – it’s easy to imagine Noel Coward or Gene Kelly joining one for cocktails.

It helped that throughout our stay, the island was drenched in sunshine. But there is a lot to see and do: a Grand Harbour boat trip, gliding past the yachts of the super-rich; the astonishing baroque cathedral, with its Caravaggio masterpiece depicting the murder of St John the Baptist; the National Archaeological Museum, an essential first step towards appreciating one of the great historical mysteries of the Mediterranean world.

A thousand years before the Pyramids or Stonehenge, the Neolithic people of Malta were building enormous temples, perfectly aligned with the stars, and somehow, without metal tools, cutting and raising blocks of limestone up to 40ft high. 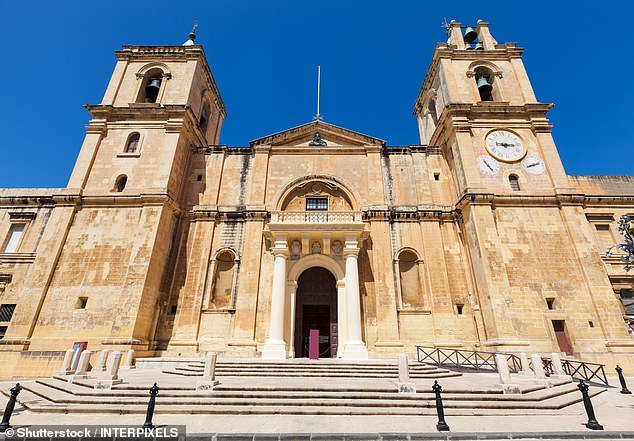 The astonishing baroque cathedral in Malta. It includes a Caravaggio masterpiece depicting the murder of St John the Baptist

Hiring a car for a day, we visited two temples on the island’s south coast. Most atmospheric was Haqar Qim, where archaeologists have found exquisite carvings, as well as some gorgeous, intensely human sculptures.

Malta’s most famous archaeological site from the same, early period is the Hypogeum, a three-level underground burial chamber which once contained the remains of 7,000 people. Daily visitor numbers are strictly limited, so book your trip months in advance.

By the time we arranged our stay, we were too late.

Maltese towns and cities are charming places, with stone-flagged streets, distinctive architecture, and delightful restaurants and bars. We’ll be back.

One night’s B&B at The Phoenicia (campbellgrayhotels.com) starts at £226. British Airways (ba.com) has return flights to Malta from £88.

Six beautiful English vineyards you can visit – and cheap cottages nearby

McDonald’s Newest Burger is Made With Spam and Oreos