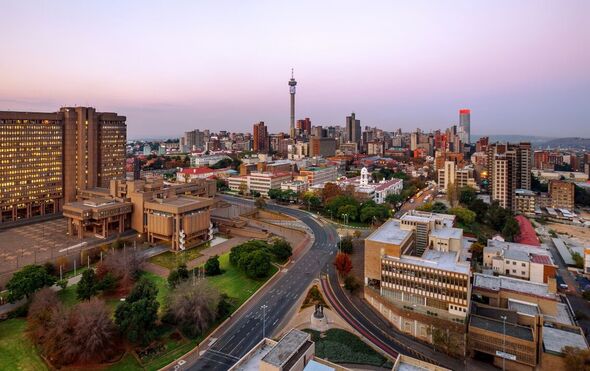 The InterNations Expat Insider survey asks expats around the globe to rate their city based on several key factors. While Valencia on the Spanish coast topped the rankings, a few cities didn’t perform well.

Johannesburg, South Africa’s biggest city, came last out of the 50 cities surveyed and many expats said they were unhappy with their quality of life there.

Over 30 percent of expats surveyed said they felt extremely unsafe living in Johannesburg, which was eight times the global average.

South Africa has one of the highest crime rates in the world and comparatively high rates of carjacking, house robbery and rape.

However, most visits are trouble-free and over 430,000 British tourists visited South Africa in 2019 according to the British Foreign Office.

While the risk of violent crime in the country’s top tourist destinations is low, visitors should take some precautions.

The UK Government advises tourists to travel with a friend and remain alert in the business districts of major cities such as Johannesburg, which can be crime hotspots after dark.

Expats and tourists should keep valuables out of sight while in the car and keep all windows closed.

Johannesburg also scored negatively when it came to the cost of living with almost half of expats saying their disposable income wasn’t enough to live comfortably.

As is the case in the majority of countries, prices are rising in South Africa and there have been protests over the cost of living and unemployment.

Many expats rated the local job market poorly and didn’t think they had good opportunities to progress in their career.

According to statista, around 27 percent of 35 to 44 year olds in South Africa were unemployed at the end of 2022.

Many expats living in Johannesburg take part in voluntary work or donate money to local charities.

While expats were unhappy with some aspects of life in the city, the weather and natural environment were positively rated.

Johannesburg also has some of South Africa’s best nightlife and a thriving live music scene which celebrates local and international artists.

Expats also found it relatively easy to make friends in Johannesburg according to the InterNations survey.

Starbucks Partners with OTG to Reinvent the Airport Experience