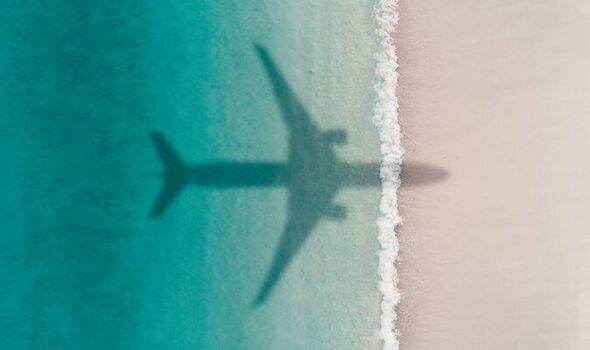 And they have warned the disruption for travellers at airports could also affect Christmas and skiing trips – with thousands of staff, air crew and baggage handler jobs set to remain unfilled until next year amid the recruitment crisis.

The chaos has prompted some people to give up on summer trips abroad, with internet searches for “cancel my flight” almost trebling in recent weeks, Google data analytics show.

It means many people are looking at another “staycation” summer, with bookings at some resorts – such asWeymouth in Dorset, where tourists were enjoying a sunny day at the seaside yesterday – spiking since the travel chaos began.

British Airways has already scrapped 8,000 flights over the summer season up to October.

Around 500,000 passengers face having their summer holidays cancelled at the 11th hour during the six-week break if airlines’ short-notice cancellations are similar to half-term.

Holidaymakers wanting to travel to the Continent on Eurostar trains also face having to buy full-price fares as many cheaper advance tickets have sold out.

Rory Boland, travel editor for consumer group Which?, warned: “We’re seeing widespread chaos at airports and huge stress for people planning to get away – but we haven’t hit the peak.”

And Mike Clancy, of airport staff union Prospect, added: “It would be difficult to give anybody confidence we’re going to be OK by the school holidays in July. Cancellations are damaging.”

With many of the 30,000 UK airline and airport jobs cut during the pandemic still unfilled, even Christmas trips face disruption, with Heathrow chief executive John Holland- Kaye predicting “it will take 12 to 18 months for the sector to fully recover capacity.”

Manchester and Gatwick have been worst hit by disruption but long queues have also been reported at other airports.

EasyJet is ditching around 30 flights per day and TUI is axing 200 departures this month.

With at least five million passengers checking in luggage, further stressful queues and delays on both outward and return journeys are expected.

And tens of thousands of holidaymakers face the nightmare scenario of their plane leaving without them as they are not able to get through airport queues in time to reach the departure gate.

Which? has also blasted airlines’ treatment of travellers after a passenger at Gatwick watched hisVueling flight take off without him and his two children, ages six and seven, having run from check-in.

They had to spend the night on the airport floor waiting for another flight.

Juan Boga, 50, from Hillingdon, north London, said: “Airline staff assured us the plane would not leave due to all the passengers stuck in the queue. It still left.

“My kids then went 13 hours overnight without any food or water offered by the airline.”

Mr Shapps said: “We’ll work with the industry very hard between now and the summer.”

Photograph of the week: Beluga whale in the Canadian Arctic

Swarm of angry bees attach themselves to plane windshield