Metz for under £100 a night! How to explore this rich-in-history city on a budget, from staying in a former military barracks to visiting the oldest opera house in France 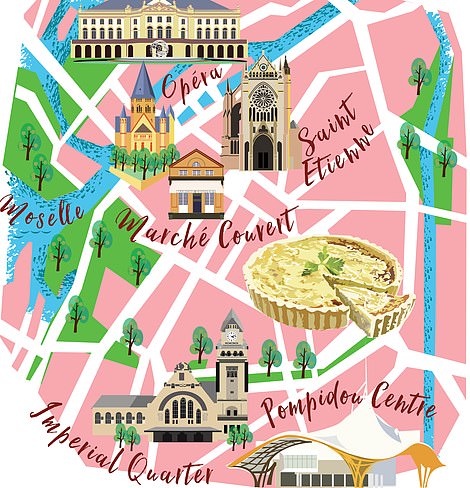 The capital of the Lorraine region of North-East France is too often ignored, perhaps due to its proximity to Germany (the border is just 30 miles away) and its industrial status.

What Metz lacks in profile it makes up for in its history — Caesar, Attila the Hun and Charlemagne have all left their mark on this former fortress, and its cathedral is so impressive it’s called the Lantern of God…

As the name suggests, this 17th-century townhouse faces the cathedral. With its wooden beams, wrought-iron staircase and vintage writing bureaus in some rooms, it feels like a writer’s retreat of yore. 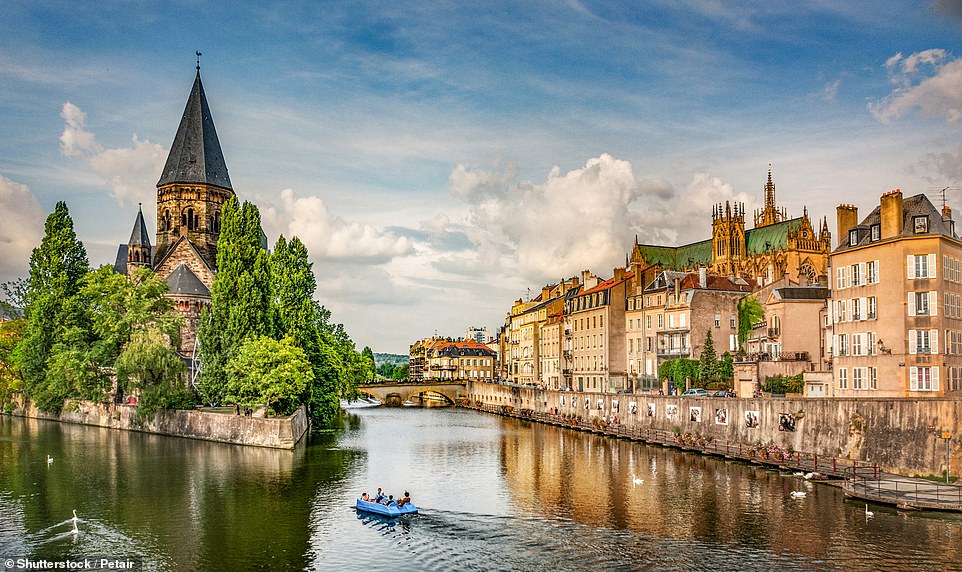 Metz, pictured, is a haven for history buffs – Caesar, Attila the Hun and Charlemagne have all left their mark on this former fortress

This barge has just three rooms but they’re surprisingly spacious. Take breakfast on the sundeck! 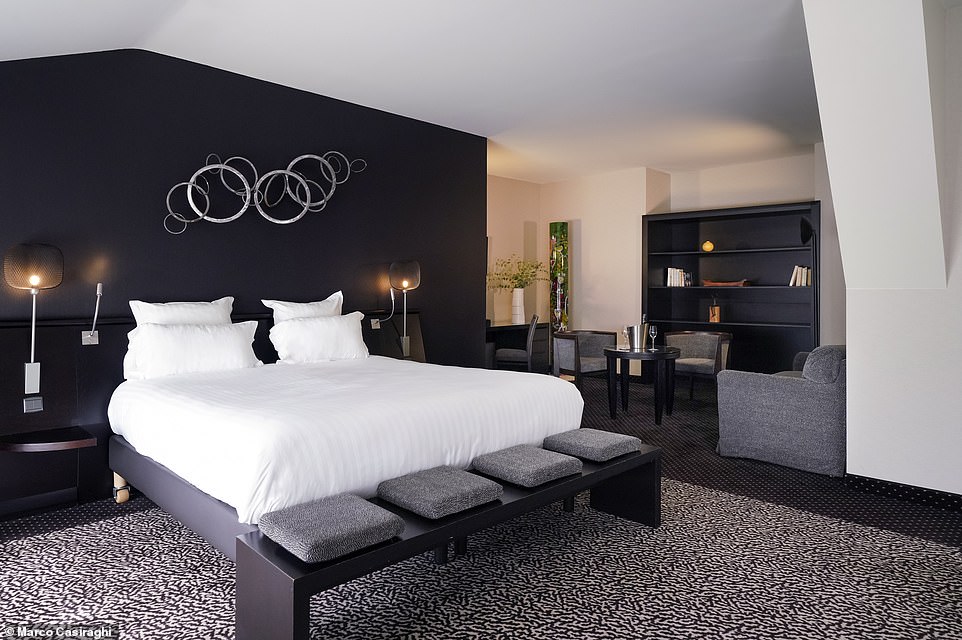 Hotel la Citadelle, housed in a former military barracks, has ‘surprisingly plush’ rooms – one of which is pictured 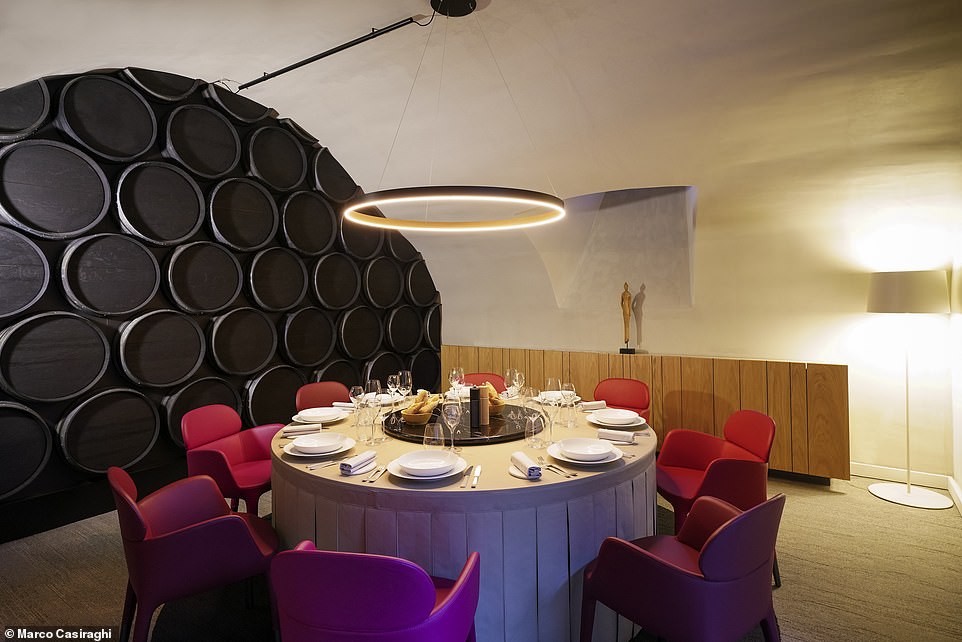 A glimpse inside the Michelin-starred restaurant at Hotel la Citadelle, where rooms are priced from £95

This former military barracks looks a little daunting from the outside, but the rooms are surprisingly plush. It has a Michelin-starred restaurant, too.

This B&B, located on a tiny island in the Moselle river, offers huge breakfast spreads complete with homemade jams. 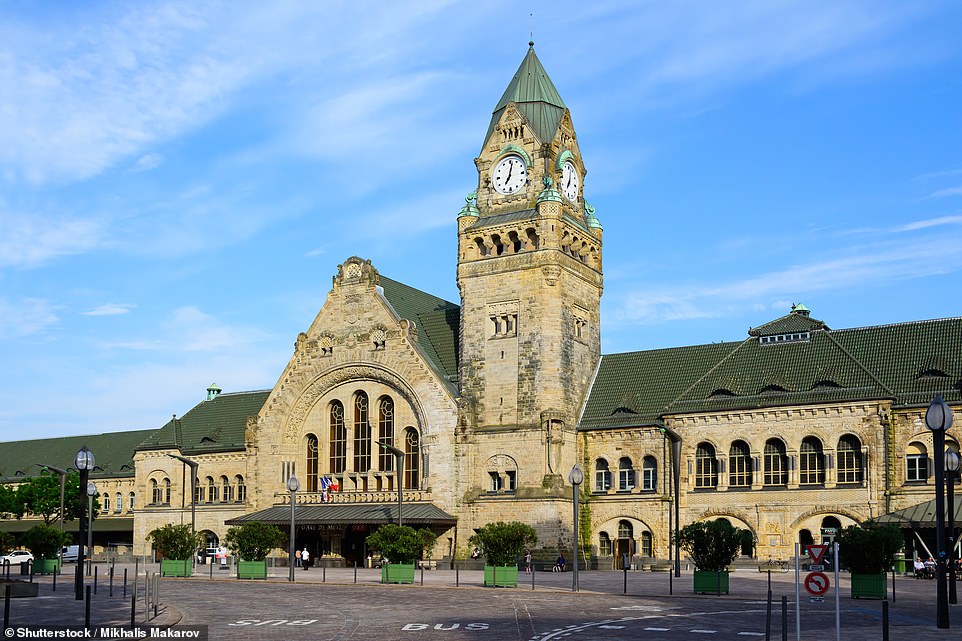 Have you just crossed the border into Germany by mistake? You’ll think so when strolling the boulevards of the Imperial District; designed by Kaiser Wilhelm II when Metz was part of the Second Reich in the 1870s. 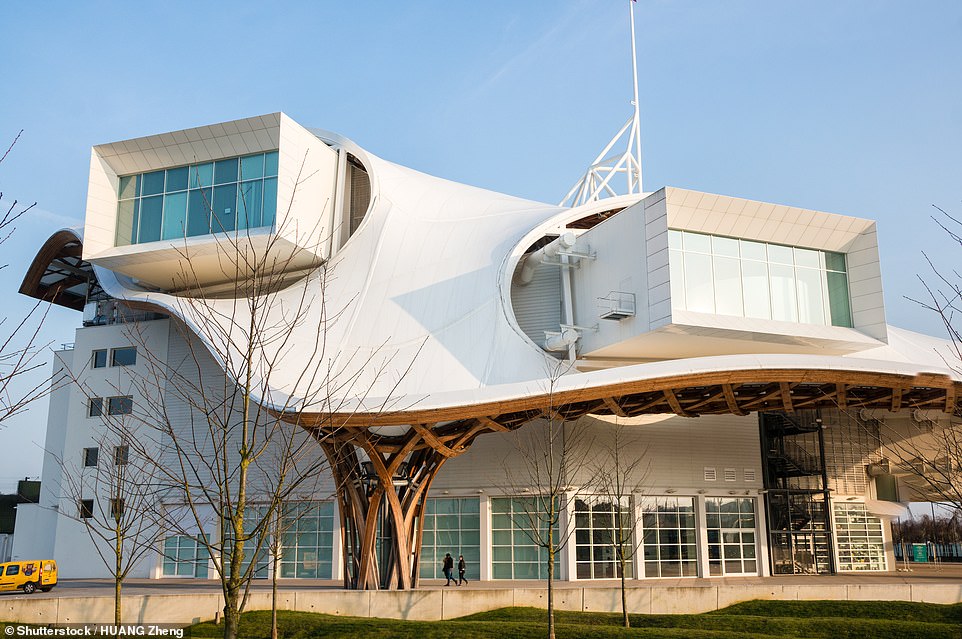 The Metz branch of the Pompidou, pictured, was designed by Japanese star-architect Shigeru Ban

Looking like a giant mushroom, the Metz branch of the Pompidou (centrepompidou-metz.fr, from £6.15), designed by Japanese star-architect Shigeru Ban, seems to almost levitate above the ground.

Built on the site of a Roman amphitheatre, there’s no permanent collection but, covid permitting, Yves Klein and his immense sky-scapes will be exhibited this summer.

A night at the opera 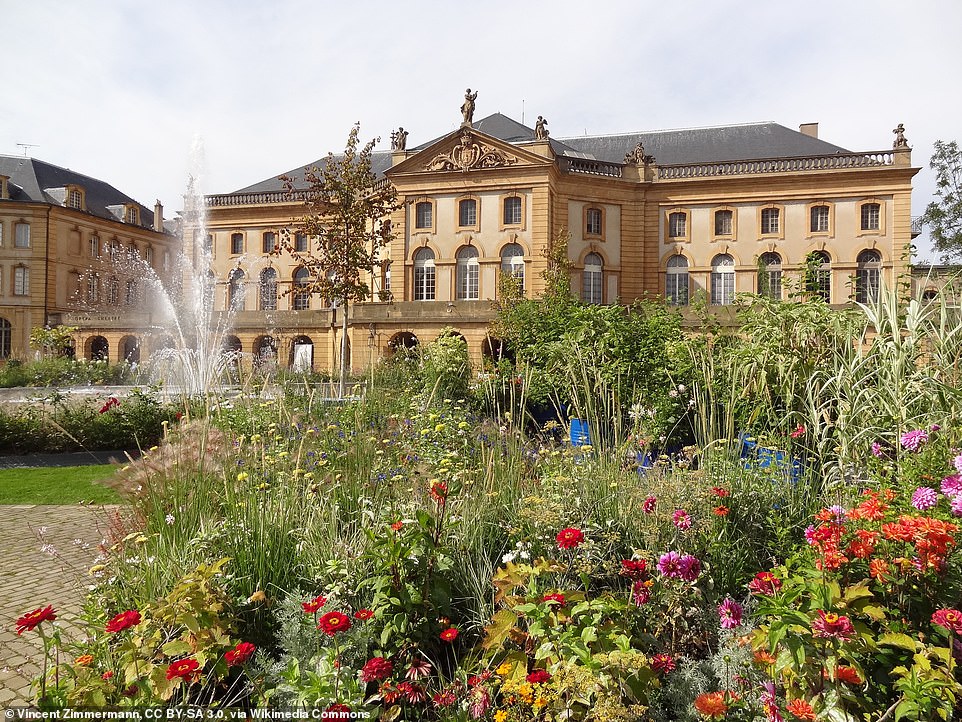 Dating back to 1752, Opera-Theatre de Metz Metropole (pictured) is the oldest opera house in France. Picture courtesy of Creative Commons

This neo-classical wedding cake of a building is the oldest opera house in France, dating back to 1752 on a square once used to guillotine ‘enemies of the people’ during the French Revolution.

Bellini’s bucolic opera The Sonnambula is being staged later this month (opera.metzmetropole.fr), tickets from £27). 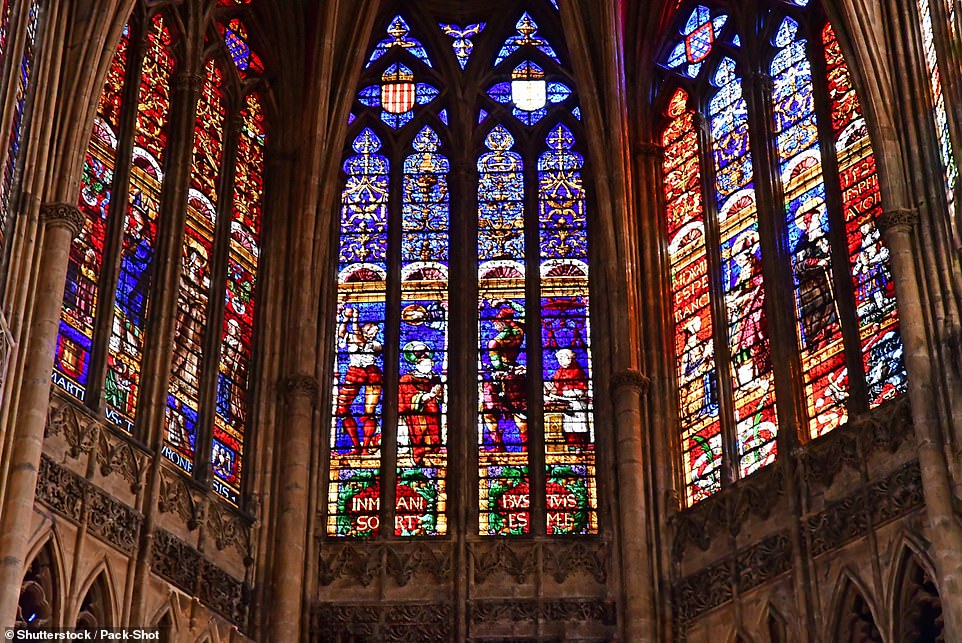 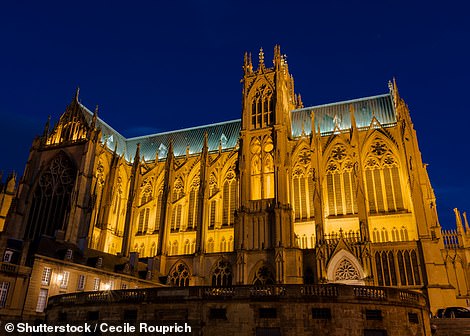 Eight hundred years old this year, the Saint Etienne cathedral (cathedrale-metz.fr) is one of Europe’s great Gothic masterpieces with more stained glass (one-and-a-half acres of it) than any other church on the planet, some designed by Marc Chagall after a few originals were destroyed during World War II. 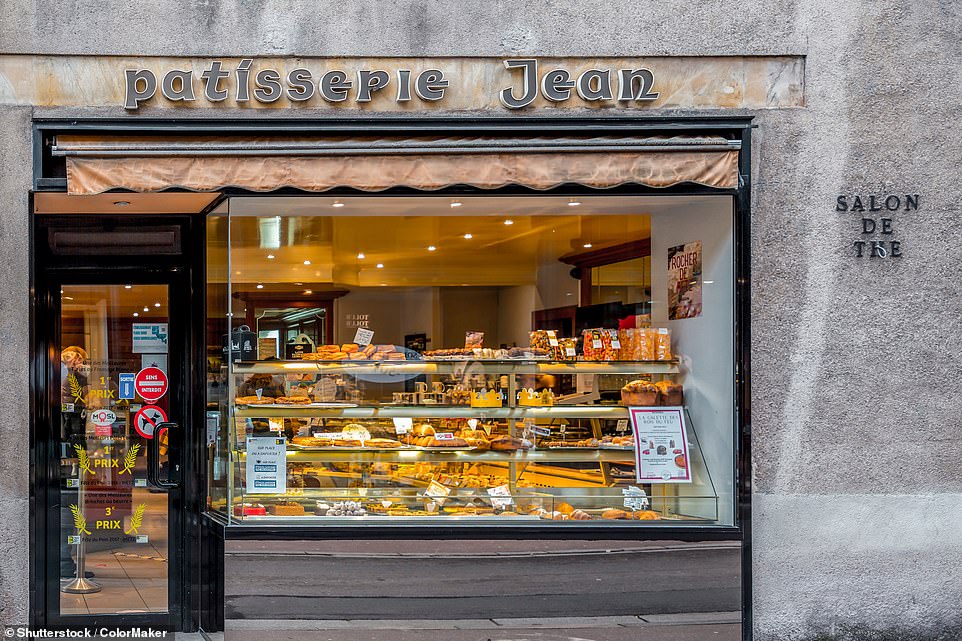 Historic: Take a stroll by the Moselle river before buying some treats in one of the city’s patisseries

The front (bourguignonmetz.fr) sells tarte aux mirabelles — heavenly pastry with plums. Then head to the back for the best quiche Lorraine (£11.45).

The two-course lunch is a knock-down £14.50 (www.lepicurienmetz.fr). Expect imaginative creations such as profiteroles of snails with Roquefort.

The space is unprepossessing but may well provide the most generously sized sharing platters in all of Lorraine (restaurantlescopainsdabordmetz.fr). 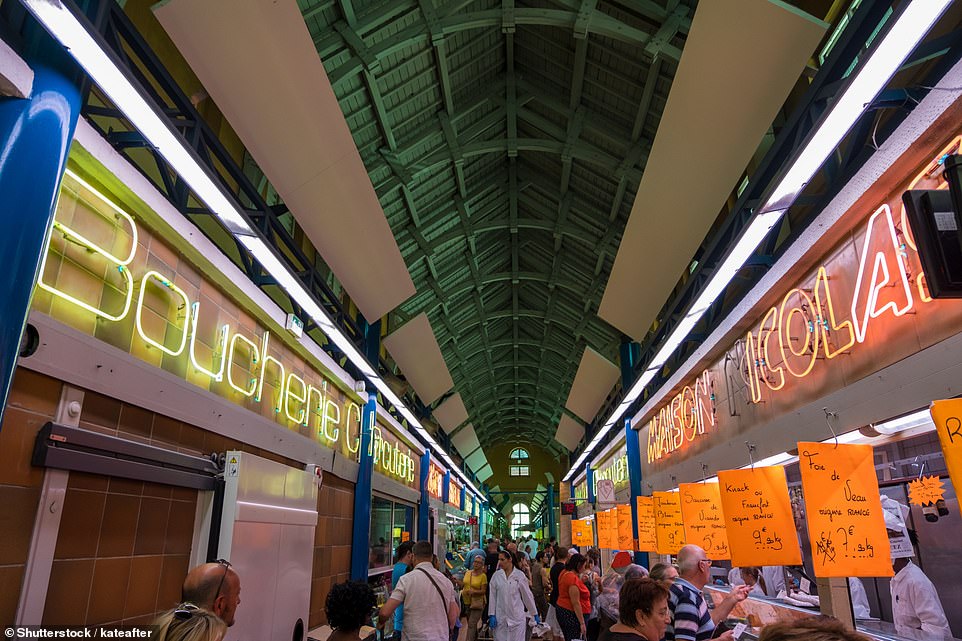 Once you arrive in the Marche Couvert (pictured) in Metz, hunt down Chez Mauricette for a £16 Lorraine assiette

Located inside the Marche Couvert (covered market), the highlight of this stall (chezmauricette.com) is the Lorraine assiette (plate) at just £16.

Metz has an above-average range of North African and Lebanese restaurants, but none beats this side-street joint (latabledaladin.com) for value. Get a chicken skewer, two falafel fritters or a kefta, with a side dish, for just £9.

Eurostar has return trains from St Pancras to Paris from £58 (eurostar.com). SNCF runs connecting trains to Metz from £67 return (en.oui.sncf).