Home » Travel » How to dodge the pitfalls of renewing your passport

Your passport to a winter break: Long delays, confusion over expiry dates — how not to be caught out when it’s time to renew

Handy things passports, aren’t they? And they only need renewing every ten years. But something strange happened after the various lockdowns, when passports were consigned to the backs of cupboards, bottoms of drawers or even lost. Everyone seemingly needed a new one.

And with people booking holidays last minute to avoid changing travel rules, many were plunged suddenly into a bureaucratic rabbit hole that would make a Franz Kafka novel seem like a Mr Men book — non-refundable appointments, courier company meltdowns, fast-track services booked up for weeks, new restrictions for the small matter of Brexit.

The good news is that, with a little preparation, you can save yourself the headache. Here’s our guide to dodging the pitfalls of renewing your passport . . . 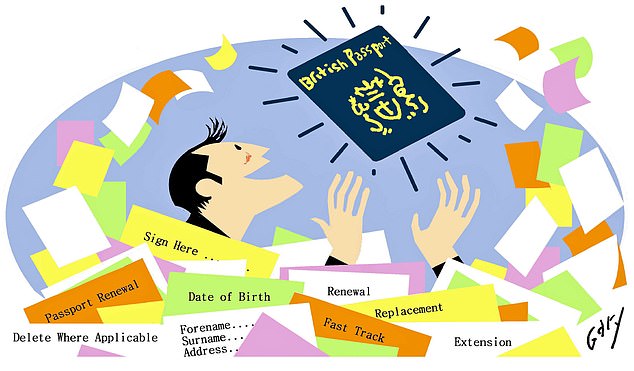 Various lockdowns, when passports were consigned to the backs of cupboards, has caused a backlog of passport renewals

Check your passport’s expiry date at least three months before an upcoming holiday — or as soon as you start thinking of booking one, if you’re the last-minute type. The Passport Office helpline says there are waiting times of up to ten weeks for the standard service, which costs £75.50.

If you end up relying on the one-week fast-track option, you’ll have to fork out at least another £66.50, while the faster online premium service will set you back £177. That’s money you could spend on an extra night away.

Be warned that over the past few weeks, hundreds of people have complained about the delays at courier service TNT, which has an exclusive government contract to deliver official travel documents. Just another reason to start the process early.

One of the big changes since the beginning of the pandemic is that we now need at least six months’ validity on our passports to travel to Europe.

Here’s where it gets confusing. The EU’s website says: ‘If you are a non-EU national wishing to visit or travel within the EU, you will need a passport valid for at least three months after the date you intend to leave the EU country you are visiting, which was issued within the previous ten years.’

Six months is recommended because UK citizens can stay in the EU for up to 90 days, then need at least three months’ validity on their passports when leaving. 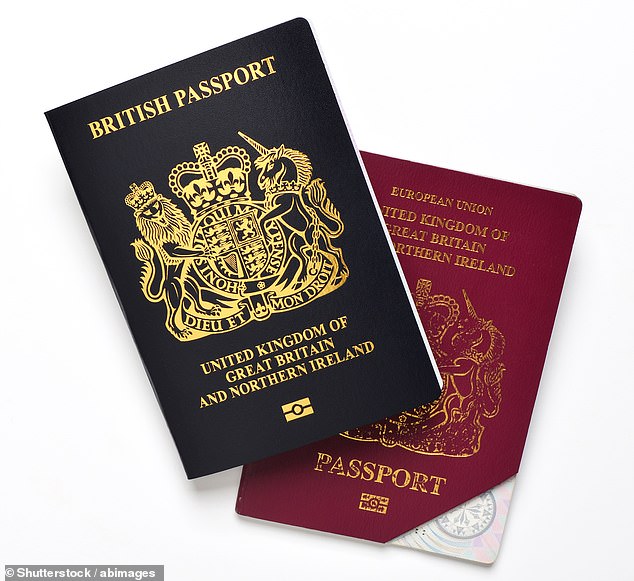 The second point refers to some UK passports being valid for a few months longer than ten years. For example, a passport issued in October 2011 might have an expiry date in March 2022. For travel purposes, October 2021 should be viewed as its expiry date, i.e. exactly ten years after the passport’s issue.

It might sound unlikely, but we have heard horror stories of readers being turned away from flights for this reason.

Renewing your passport when it has six months or less left is a good rule of thumb. Six months’ validity is also required for travel to countries such as the U.S., Australia, Canada, Turkey, China, Thailand and Egypt.

SAVE TIME OR MONEY

TIME: Renewing, replacing a damaged, lost or stolen passport, or changing your details takes six weeks (although the website warns of up to ten weeks). A first passport takes seven weeks.

GOOD TO KNOW: Forms can be found at post offices, but going online is recommended as applications can be tracked immediately (rather than after ten weeks by post). 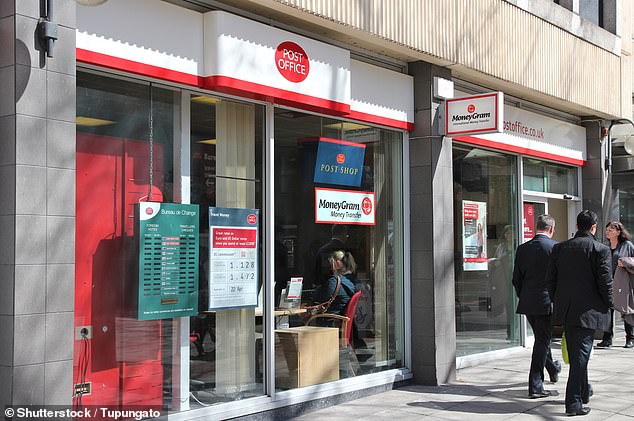 It costs £75.50 to renew your passport if you apply online, or £85 if you fill in a paper form. You can get the form at certain post offices

TIME: The passport is delivered to you within seven days of the appointment in all instances, according to the Passport Office.

GOOD TO KNOW: Must be done using paper forms, which are taken into a non-refundable appointment that can be booked up to three weeks in advance. Appointments can be changed up to two days prior. This service will have the longest queue and requires in-person attendance.

TIME: Non-refundable bookings can be made up to two days before. Passport collected during the appointment.

GOOD TO KNOW: These book up fast. You must take with you your old passport and a digital photo. The passport must be picked up in person. It can take as little as two days.

Appointment availability seems to fluctuate, so it is worth repeatedly checking online.

Speaking to anyone on the phone is difficult. It is likely you will just be redirected to the website and quoted a waiting time of ten weeks for the regular service.

The process is different for those with dual citizenship, see gov.uk/government/publications/dual-citizens/dual-nationality.

SO WHERE ON EARTH CAN YOU GO?

Countries are updating their rules daily for new arrivals. And what happens if there’s a change after you’ve landed? Here’s everything you need to know.

The door has slammed shut on South Africa since the Omicron variant was discovered there. Nine other southern African nations were also added to the UK’s red list last month.

The country introduced a ‘Super Green pass’ that takes effect from Monday and requires residents to prove they are vaccinated or have recovered from Covid to access hospitality venues and use public transport. British tourists can present their NHS pass in its place. 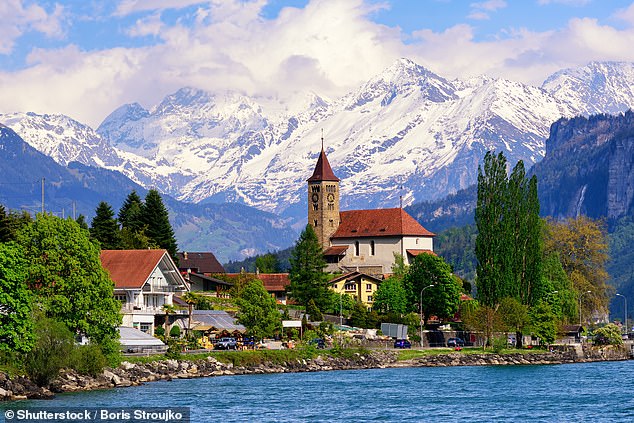 Switzerland has scraped the ten-day quarantine requirement for British holidaymakers, which is great news for skiers

In a boost for ski holidays, Switzerland announced yesterday that it will remove the ten-day quarantine requirement for British holidaymakers from today. All travellers must show a negative PCR test taken during the 72 hours before arrival and take a PCR or antigen test between day four and day seven of their trip.

Travel restrictions here have tightened, banning unvaccinated Britons aged 12-plus. Previously, the unvaccinated could enter with a negative Covid test.

Visitors from outside the EU, including the UK, must provide a negative PCR or antigen test taken within 48 hours of departure — regardless of vaccination status.

A curfew has been introduced: hospitality venues must close by 5pm, supermarkets by 8pm. Vaccinated arrivals must show a negative PCR or antigen test. Unvaccinated travellers must self-isolate for ten days. 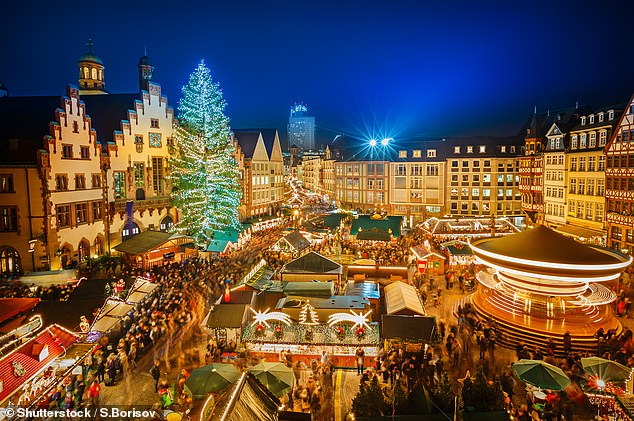 The unvaccinated are being banned from large parts of public life, including non-essential shops, Christmas markets, pubs and restaurants. Just less than 70 per cent of the population is vaccinated — lower than many European countries. 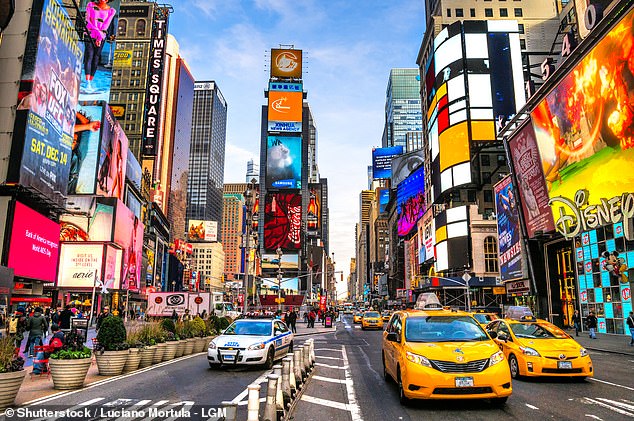 If you’re planning a winter break to America, you’ll now have to take a PCR test within 24 hours of departure

President Biden is considering introducing a seven-day quarantine for international arrivals, according to reports, just weeks after the country opened its borders. As it stands, you must prove you’ve been double-jabbed and take a PCR test within 24 hours of departure to the U.S.

All arrivals must be double-jabbed and present a negative PCR test on arrival. The country has a high vaccination rate, with 85 per cent of the population having had two jabs.

Fully vaccinated Australians were finally able to leave the country last month without permission. Hopes are high that the country will open up to international travellers from spring next year.

IS IT ALL DOWNHILL FOR SKIERS?

No. Austria may be out of bounds for now, in the middle of a lockdown, but French, Swiss and Italian ski resorts are open. You need proof of vaccination to access French resorts, while Italy also demands adults show a recent negative test. Children who haven’t been jabbed must show a negative test, too.

WHERE CAN I FIND QUICK AND CHEAP PCR TESTS?

When returning to the UK, you need to fill in a Passenger Locator Form and have booked a day-two PCR test. These can be posted to your home and cost around £45, with results typically promised within 24 hours of the laboratory receiving your sample. You need to make sure you book from a government-accredited provider — see ‘Finding and choosing a private coronavirus test provider’ at gov.uk. ExpressTest (expresstest.co.uk), Collinson (collinsongroup.com) and Prenetics (projectscreen.co.uk) have reasonable scores (higher than 4.2) on review website Trustpilot. The consumer organisation Which? offers company-by-company advice (which.co.uk).

WHAT IF MY HOLIDAY IS CANCELLED?

If you booked with a tour operator you are due a refund within 14 days of a holiday being cancelled. If a holiday is curtailed while abroad, the operator should arrange new flights and refund the portion of the unused holiday. Those who are caught abroad during a new local lockdown and have booked their flights need to contact the airline and try to get home as soon as possible. If a new flight needs to be booked and paid for, you may be able to claim for this and other hotel costs via your travel insurance. But check your travel disruption cover before you go abroad to make sure Covid-related disruption is included.

9 Picturesque Getaways for the Whole Family

The 10 best city breaks in the UK revealed – is YOUR area listed?

Inside the 330ft volcanic cavern that's smothered in lush vegetation

A review of The Feathers in Woodstock, Oxfordshire