Here’s a noteworthy development in the hospitality industry.

Hard Rock International is set to transform the Las Vegas Strip with the construction of a giant electric guitar-shaped hotel – much like the company’s 450ft- (137m-) high Guitar Hotel in Hollywood, Florida.

In what has been described as a ‘significant milestone’ for Vegas, the company will buy operations of The Mirage from MGM Resorts in a cash deal worth $1.075billion (£791million), with the hotel built on The Mirage’s 77-acre (31-hectare) site. 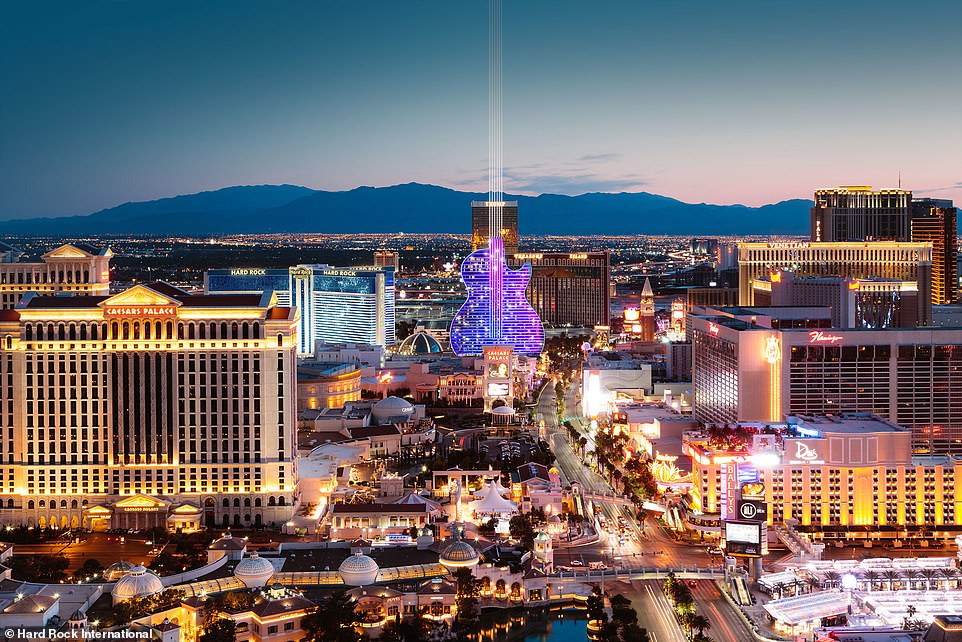 Hard Rock International is set to transform the Las Vegas Strip with the construction of a giant electric guitar-shaped hotel, shown here in a rendering

It’s expected that the deal will close in the second half of 2022, following regulatory approvals.

Hard Rock International, which is owned by the Seminole Tribe of Florida, has said that the new hotel will be ‘iconic’, adding that the ‘City of Lights just got brighter’.

The sale marks the end of an era for a property credited with helping transform Las Vegas from a gambling hub into an ultra-luxury resort destination with broader appeal.

The Mirage, developed by former casino mogul Steve Wynn, opened with a Polynesian theme more than three decades ago. 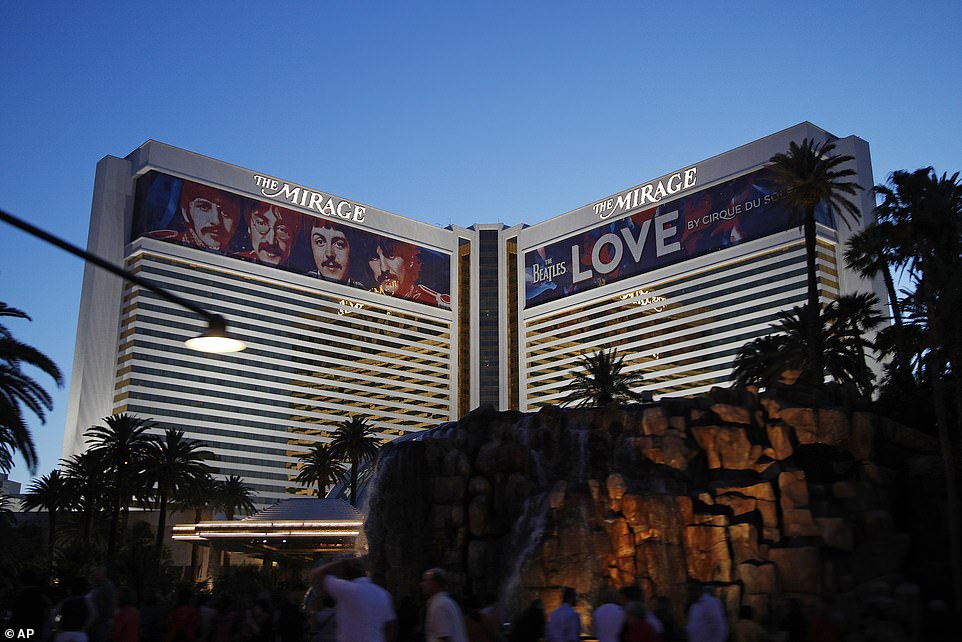 Hard Rock International will buy operations of The Mirage from MGM Resorts in a cash deal worth nearly $1.1 billion (£791million)

Its iconic volcano fountain was among Las Vegas’s first strip-side attractions, pre-dating the Venetian’s canals and the Bellagio’s fountains. In a controversial move, the volcano will be demolished as part of the new development – a petition campaigning to save it has garnered over 3,000 signatures.

The Mirage was known as a venue where tourists could see Siegfried and Roy taming white tigers or a Cirque du Soleil act set to a Beatles soundtrack.

Under the terms of the agreement, MGM Resorts will keep The Mirage name and brand, licensing it to Hard Rock royalty-free for up to three years while it finalizes its plans to rebrand the property.

Jim Allen, Chairman of Hard Rock International, said: ‘We are honoured to welcome The Mirage’s 3,500 team members to the Hard Rock family. 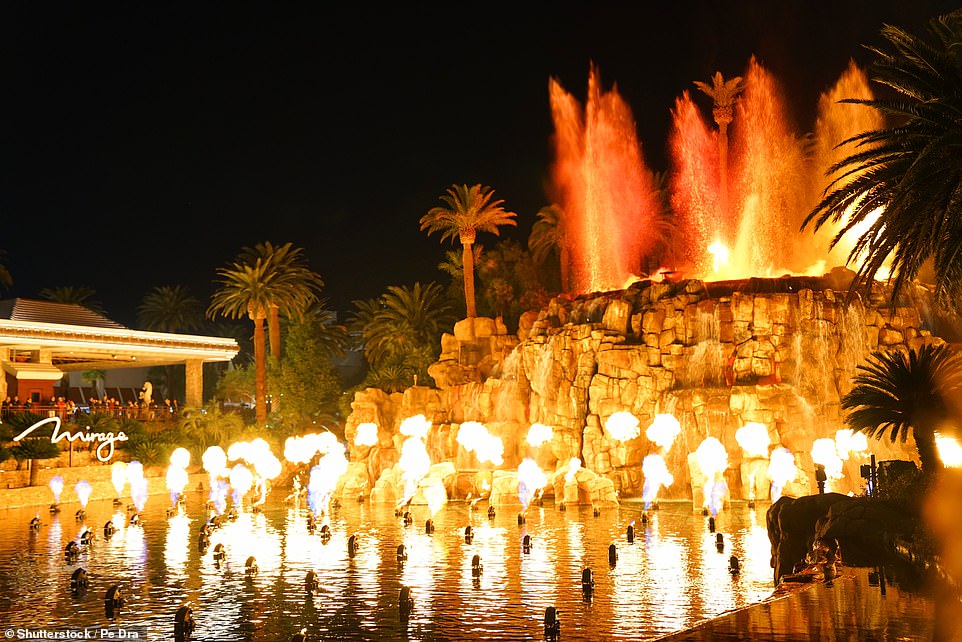 The sale marks the end of an era for The Mirage. Its iconic volcano fountain (pictured) was among Las Vegas’s first strip-side attractions – it will be demolished as part of the development

‘When complete, Hard Rock Las Vegas will be a fully integrated resort welcoming meetings, groups, tourists and casino guests from around the world to its nearly 80-acre center-Strip location.’

MGM Resorts International CEO and President Bill Hornbuckle added: ‘This transaction is a significant milestone for MGM Resorts, and for Las Vegas.

‘As part of the team that opened The Mirage in 1989, I know firsthand how special it is, and what a great opportunity it presents to the Hard Rock team. I want to thank all of our Mirage employees who have consistently delivered world-class gaming and entertainment experiences to our guests for more than three decades.’ 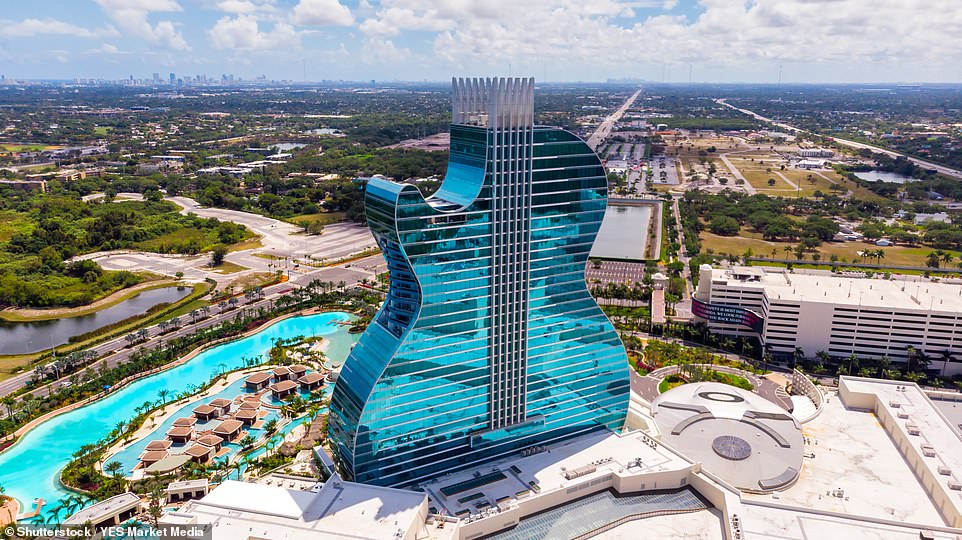 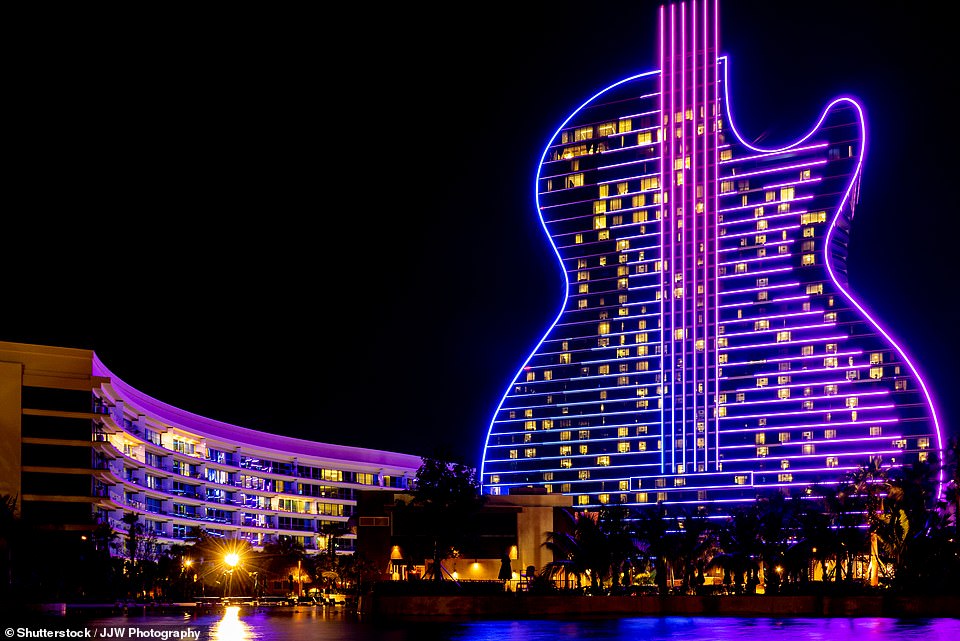 The $1.5billion (£1.1billion) project boasts a 7,000-seat casino floor, 1,200 hotel rooms and more than 3,000 slot machines and gaming tables. The hotel also has a refurbished venue for concerts and other events, a giant pool and lagoon, shops and restaurants.

And more changes on the Strip are afoot. The addition of the new Hard Rock International hotel isn’t the only change afoot on in Vegas – the famed Tropicana Las Vegas, pictured, could reportedly be demolished or renovated

Caesars Entertainment, owner of the venerable Bally’s Las Vegas, announced last year that it plans to rename its heart-of-the-Strip towers the Horseshoe Las Vegas, drawing on a name made famous at a downtown gambling hall that was the original home of the World Series of Poker.

A few blocks down Las Vegas Boulevard, the famed Tropicana Las Vegas could be demolished or renovated, according to the director of the company offering to buy out Rhode Island-based casino owner Bally´s Corporation, which is buying the nearly 1,500-room resort – a Rat Pack-era attraction once known for its mob ties.

Best Places to Travel in January