Google Maps images are useful for both route planning and a bit of a giggle, if users of the Street View website pay careful attention to the scenes. The Google camera team headed to popular UK beach destination Whitstable, in Kent, as they tracked their latest route. The journey appeared to be a scenic one, as they drove down coastal road Marine Parade. The tranquil sea waves could be seen in the distance, separated from the road by the sands and a grass verge.

Yet one female attracted attention as she sat in a bizarre position in the greenery.

Completely alone, she was positioned with her legs straddled wide open and her torso leaning forward.

Her arms were on the floor and her head down, with the image having been taken from behind.

Although her position may have appeared strange to passers by, all became clear on closer inspection.

It seems she was taking a deep stretch, widening her legs to release her hips and lengthening her spine onto the floor. 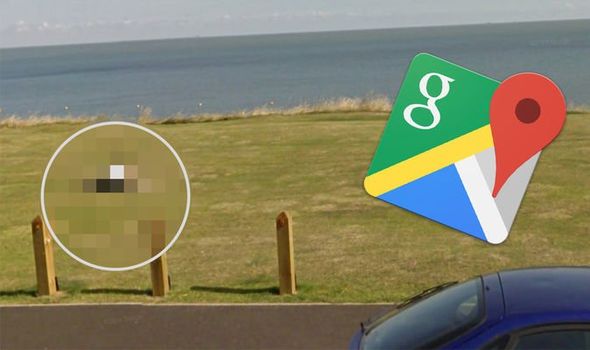 It looked to be a similar stretch to those used in yoga, so perhaps she fancied taking her practise outside in the beautiful sunshine.

The sea views would no doubt have added extra relaxation to her session.

She was wearing a white gym top and black leggings, and finished off her sporty look with a pair of trainers.

It is not clear whether the lady does this often, or whether it was a one off.

It is also unknown how long she had been at the seaside site before the Google cameras came. 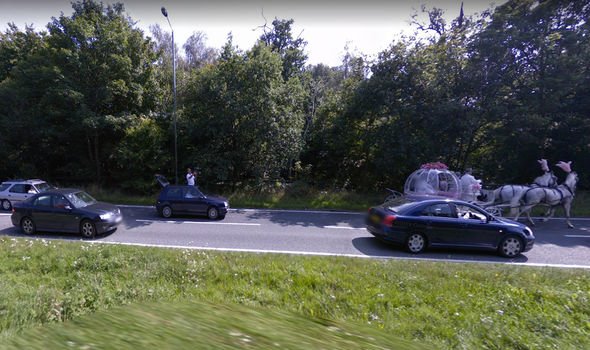 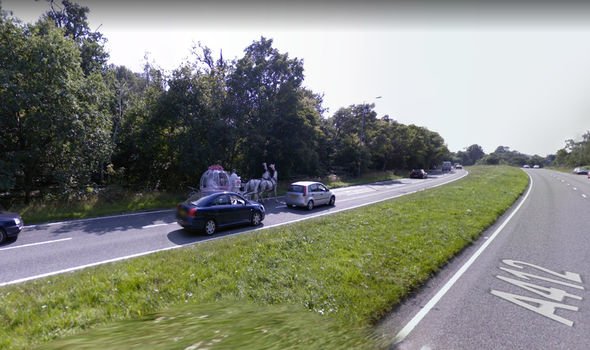 Meanwhile in a completely separate incident, Street View proved much more than just a map, and instead became a device to capture a special moment in history.

The camera team was travelling down the A412, an ordinary-looking road between Slough and Watford.

After capturing cars going about their daily journeys, the lens honed in on a strange, enchanting sight.

It appeared to be a Cinderella-style white wedding carriage, drawn by horses, on the far side of the road.

It was topped with a pink crown of flowers, making it eye-catching amid its green, grassy fields surroundings.

THE NEW RESORT EXPERIENCE: The changes you can expect the next time you stay at the world's largest 5-star resort, the Wynn Las Vegas