Google Maps Street View is a tool which is handy for helping users navigate unknown locations. However, it also attracts users who hope to virtually discover new places from the comfort of their home.

In one instance, a user happened upon what they described as an “abandoned city”.

In the scene, Google Maps Street View’s cameras have found their way into the desolate streets of a concrete jungle which appears to have fallen into disrepair.

Large, ominous buildings stretch up into the sky, their windows and doors blown out.

The streets of the barren landscape are scattered with debris. 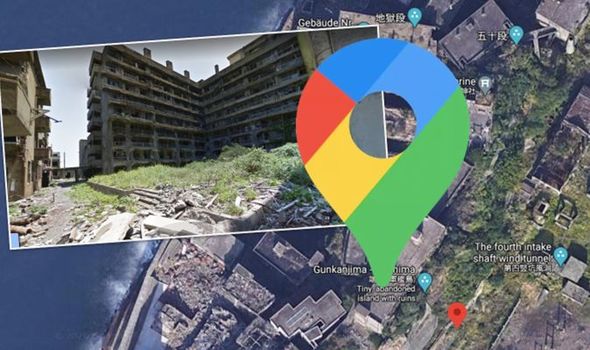 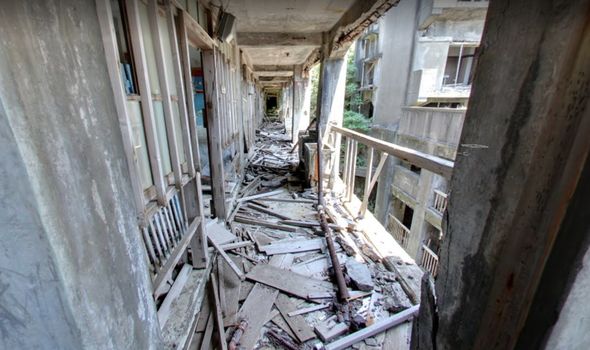 From the state of the metropolis, it is clear to see no human has lived here for quite some time.

In fact, it has been so long nature has managed to take over once again.

Trees and shrubbery have begun to grow between the cracks of concrete in the ground, some plants even taking over parts of buildings.

The user shared the area in a Reddit forum, describing it as a “completely destroyed city”.

The metropolitan area is actually sited on an island off the coast of Japan called “Hashima Island”.

Another user shared some insight into the history of the island, stating: “It’s Hashima Island, an abandoned city, really cool.

Hashima Island, sometimes nicknamed Gunkanjima meaning Battleship Island, is an abandoned island lying about 15 km off the coast of Nagasaki.

The island’s most notable characteristics are its huge concrete buildings and surrounding sea wall. 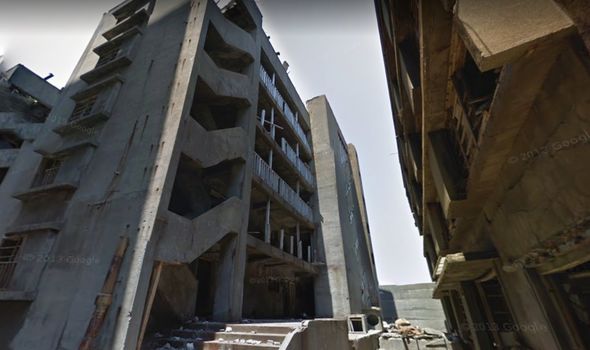 Hashima Island was known for its undersea coal mines, established in 1887, which operated during the industrialisation of Japan.

In the 1930s and until the end of the Second World War, conscripted Korean civilians and Chinese prisoners of war were forced to work under very harsh conditions at the Mitsubishi facility as forced labourers under Japanese wartime mobilisation policies.

One Reddit user explained: “I went to Visit this last march from Nagasaki. “You can’t go in there you can only view it from special areas, so the person that took this got special permission.

“I did the guided tour and they completely neglected to mention that this was the most densely populated place on earth when it was used as a POW camp for Koreans in World War 2.”

By 1974, the island’s coal supply was near depletion.

The mines were subsequently closed, with all residents departing soon after.

This left the island completely abandoned for around 35 years before it gained a new tourist interest.

In the 2000s, Hashima Island was reopened as a tourist attraction, though visitors can only go with permission.

he coal mine of the island was formally approved as a UNESCO World Heritage Site in July 2015, as part of Japan’s Sites of Japan’s Meiji Industrial Revolution: Iron and Steel, Shipbuilding and Coal Mining.

White House Says No to an Airline Face Mask Mandate

Watch the spring gray whale migration on the Oregon Coast. Here’s where to go