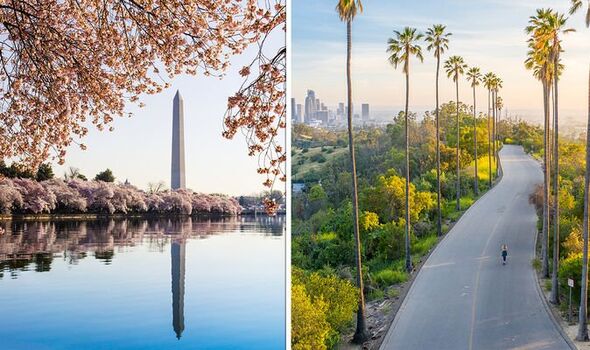 New research carried out by IT service automation company SysAid revealed the US states with “the longest hospital wait times”. This is an important factor expats should take into consideration when choosing a destination.

The study found District of Columbia is the state with the longest hospital waiting times.

Patients wait an average of 240 minutes before leaving.

This is despite the state spending higher than average on hospital care.

The District of Columbia, and its capital Washington DC, is followed by Maryland.

Residents of Maryland wait 228 minutes on average for hospital care.

Delaware was ranked third, with an average hospital wait time of 195 minutes.

These three states located on the East Coast have the longest hospital wait times in the United States.

California was placed in tenth place with an average waiting time of 164 minutes. The West Coast state has proposed a new universal healthcare plan which would be funded by new taxes on individuals and businesses.

A spokesperson from SysAid commented on the results.

“It’s clear from these statistics that many of the most populated US states are suffering from a medical backlog with the likes of New York and California making their way into the top 10.

“It’s no doubt that the effects of COVID-19 have influenced these statistics, and it will be interesting how these numbers vary as the status of the pandemic changes.”

With an average wait time of 46 minutes for an admitted patient, South Dakota, and its beautiful capital Bismarck, boasts the shortest emergency department wait.

How well do you know France?

With the country having eased its restrictions for Brits, put your knowledge of France to the test with our quiz. Bonne chance!

How many countries does mainland France share a border with?

What is France’s northernmost point called?

How many overseas departments does France have?

On average, how many tourists visit France every year roughly?

When was the French Revolution?

C’est tragique! Your knowledge of France could do with some brushing up.

You know a thing or two about France, but you’re not quite an expert

Sacre bleu! You know everything there is to know.

Rotterdam is bursting with dazzling architecture and fabulous food

Virgin Atlantic to launch flights to Pakistan from London and Manchester

SeaDream likes to say the experience it offers is 'not cruising.' It might be better.: Travel Weekly