Google Maps Street View has become well known for capturing people in the middle of embarrassing moments. This was certainly the case for one couple. The pair were snapped in the middle of a highly intimate moment on a beach in Brazil.

The couple, both wearing swimwear, were caught at a most unfortunate – and very funny – time.

The woman can be seen facing away from the Google camera.

She is wearing a bikini and hat as she stands next to a parasol and two beach chairs.

A man is behind her and is bending right over. 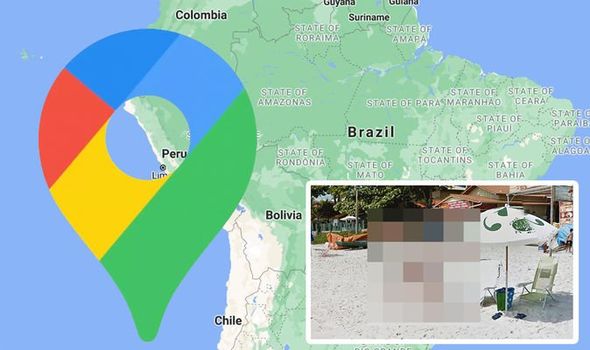 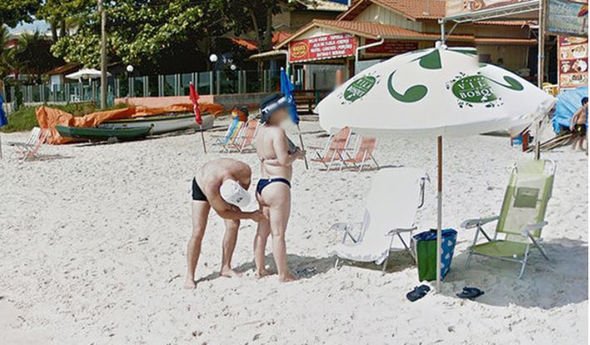 He appears to be looking right at her bare bottom.

His hand is outstretched as he touches the back of her upper thigh – although his face is hidden by his baseball cap.

It is presumed the woman okayed the intimate gesture as she simply stands, hands folded, looking off to one side.

Another semi-clad couple can be seen to the right but they don’t to be interested in the unusual scene taking place in front of them.

It’s possible the Google viewer is witnessing an amorous advance.

However, it’s more likely there’s a mundane reason behind the man’s actions.

Probable explanations could include dusting off sand, applying suncream or examining a bite or rash on the lady’s leg.

The scene took place on the Praia de Bombinhas beach on the southern coast of Brazil. 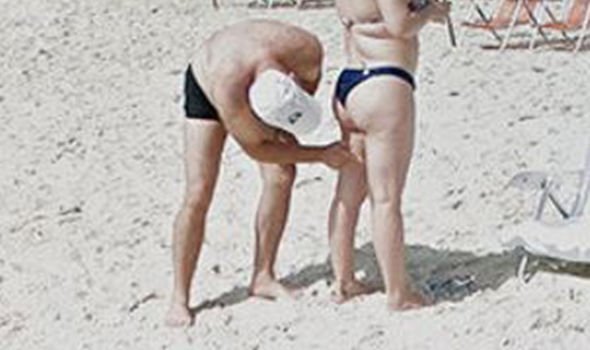 This is far from the first time a couple have been snapped in an intimate position on a beach.

Another pair snapped are so loved-up they appear to share not just affection but also limbs.

The man’s tattooed arm can be easily seen as it lies casually upon a blue bag, but what looks to be the woman’s leg appears to be growing out of his back.

The back of his shoulder morphs perfectly into the woman’s bent knee. 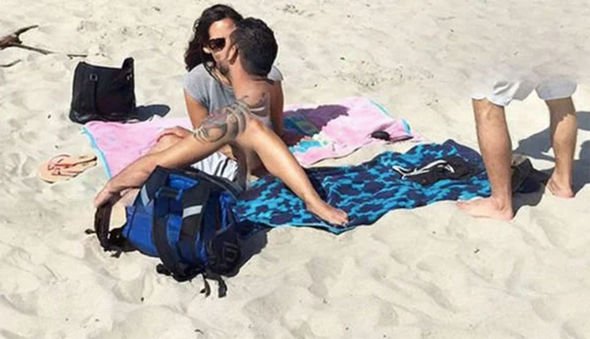 His other hand can be seen resting upon his knee yet.

However, apart from this glimpse of his leg, the lower half of his body appears to simply not exist.

While the couple undeniably look highly disturbing in the photo, it is most likely the scene has been subjected to a technological glitch.

Historic Lutetia is the grandest address on Paris’ Left Bank