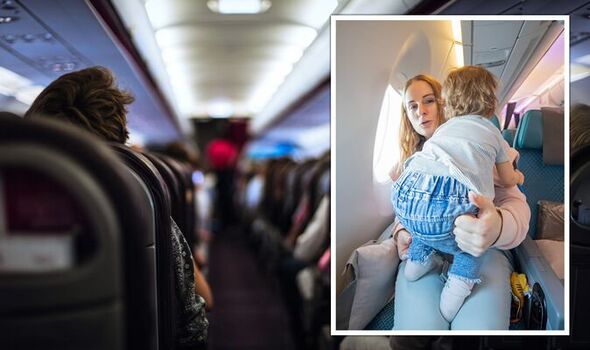 Taking to the social media platform Reddit, the passenger, under the username @unlikely-Strategy596, started by asking: “AITA (Am I the a**hole) for not giving up my plane seat so a family could be all together?”

The passenger explained that they were on board a commercial flight from Greece which “was roughly 10 hours and around this time of year it’s extremely hectic”.

A family reportedly approached the passenger and asked if they could switch seats. He said: “Normally I’d be okay with that but switching spots would mean moving back 20 rows down which leaves me at an inconvenience and I would not be getting my money’s worth. I rejected and said that I would like to keep my seat.”

According to the passenger, the family was not happy with their decision and the mother of two reportedly said they were “being an a**hole” and that they “should just give up the seat so she could sit with her husband and kids”. 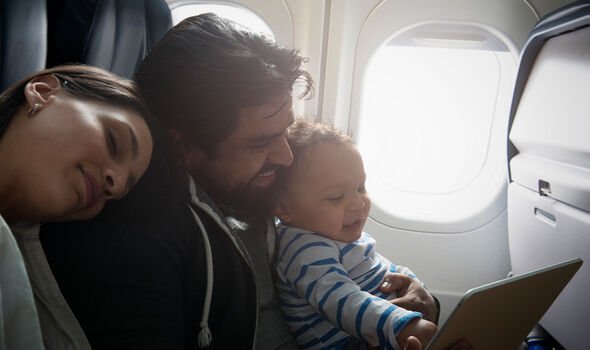 The passenger explained he said to the woman: “Respectfully ma’am, your travel issues are not my problem. I am keeping the seat I paid for.”

They claimed the woman “made a scene” on the plane but eventually took her original seat while the husband apologised for her behaviour.

At that point, the passenger reportedly said: “Maybe you should have booked ahead of time, or spent more money on tickets so you all could sit together.

“This is not my issue. Grow up and get over it. I am not moving seats. End of story!”

Other Reddit users took to the comment section to share their thoughts with one saying: “NTA (not the a**hole). If it was really about sitting together, why didn’t they ask the people 20 rows back if they’d like the better seats upfront? They’d still all be together.”

Another social media user commented: “Nothing wrong with asking, but they are definitely an a**hole for making a scene.”

Another forum member explained: “I say this every single time I see this question. They are almost always hedging their bets on getting a sympathetic traveller to give up their expensive seat for the cheap one. The airlines never reimburse for this either.”

“Sounds like hubby should be thanking you for keeping him separated from his peach of a wife for that flight!” said another one.

Reddit user @sjyffl added: “Love what you said. They didn’t plan or pay so why should you move back?? Also, love the suggestion to have the people in the back move up!”

This comes after another passenger recently shared on social media that he was forced to give up his plane seat for a mother and baby after he had paid extra to book a seat at the front of the plane.

He explained: “Three days before our trip we get an email that says your seats have been changed to a few rows back.

“We got downgraded but we paid extra for those seats? So naturally we were both upset and instantly called the airline support which took two hours of waiting.”

The angry passenger was then told that a mother and baby needed the seats he had originally booked.

He said: “We booked these tickets months ago and they wanted to just give them to a mum and crying baby. Also this is a 10-hour plane ride, it’s not like a short trip, why would this mum bring her baby anyway.”

However, some passengers explained this is a common practice for the bulkheads because on larger planes this is where the bassinet seats are.

A social media user said: “I used to be a travel agent and even if somebody paid to reserve those seats we always had to tell them that it’s possible they’ll be changed if a parent needed the bassinets.”

The winning European Wildlife Photographer of the Year entries