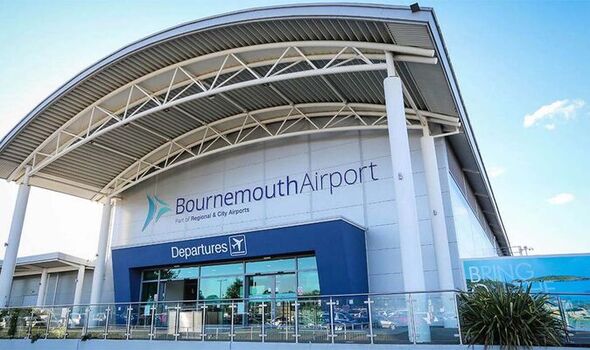 Flights due to leave Bournemouth Airport were delayed, with reports aircrafts were being permitted to land, but not to take off.

Bournemouth Airport has now apologised after reports flights were ‘stuck on the runway’ after a number of passengers reported issues with varying issues given for why their flights were delayed.

The airport said there were staffing changes due to sickness among air traffic control and other staff. It said this meant no departures were possible between 2 and 4pm, reports DorsetLive.

However two planes arrived late, meaning their new departure times fell into this time period. However the airport said they were not on the runway and remained next to the terminal, with passengers on board offered drinks and snacks.

A spokesman for Bournemouth Airport said: “Sickness among air traffic control and other staff at the airport necessitated some planned roster changes at the airport. As a result, we informed airlines on Monday that no departures from the airport could take place on Wednesday July 20th between 2pm and 4pm.

“Schedules were checked and, where appropriate, changes made to ensure that flights would not depart during this period and passenger departures would not be affected. Unfortunately, two aircraft arrived late and their revised departure times fell into this window, meaning these aircraft were unable to depart until 4pm.

“In both cases, passengers stayed on the aircraft, which remained alongside the terminal with doors open and were connected to power and air conditioning. Drinks and snacks were offered by airline staff. Unloading the passengers to the terminal and then re-boarding them to the aircraft would not have been practical in the timescales involved.

One man who took to Twitter said his family were on board a “hot” aircraft on the runway for at least two hours due to what he understood to be an air traffic control issue. @Marky7773 said they were told to expect “significant delays” and added they were “stuck onboard a hot aircraft”.

Combining sightseeing in Athens with a rousing musical twist