An open-air heritage attraction praised for living, breathing and embodying the culture of Wales has been named the UK’s museum of the year.

The artist Jeremy Deller announced that the heritage attraction near Cardiff had won the Art Fund museum of the year 2019 award at a ceremony at the Science Museum in London. It comes with a £100,000 prize, the largest art award in Britain.

Stephen Deuchar, the director of the Art Fund and the chair of judges, said the museum had been transformed by a redevelopment project that had involved the participation of hundreds of thousands of visitors and volunteers. 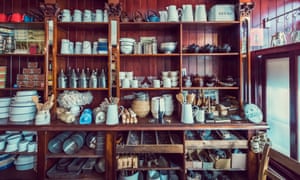 “St Fagans lives, breathes and embodies the culture and identity of Wales,” he said. “This magical place was made by the people of Wales for people everywhere, and stands as one of the most welcoming and engaging museums anywhere in the UK.”

One of the 2019 judges, Bridget McConnell, the chief executive of the charity Glasgow Life, praised the devolved Welsh government for being such an enthusiastic supporter of St Fagans.

“Everyone I met and saw at St Fagans was in constant, lively conversation about their shared history, culture and lived experiences,” she said. “This is their place, and it is strongly felt on every visit.”

St Fagans has more than 50 buildings that were moved to the site from locations around Wales allowing visitors to take a walk through Welsh history, from prehistoric times to the present day. 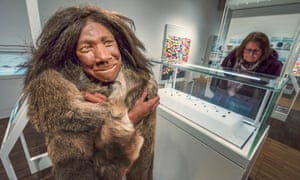 It is the first Welsh winner of the museum of the year prize in its current form; the Big Pit National Coal Museum in Blaenavon won the Gulbenkian prize in 2005.

St Fagans won from a shortlist that also included HMS Caroline in Belfast, the Nottingham Contemporary art gallery, the V&A Dundee and the Pitt Rivers Museum in Oxford, which displays the university’s archaeological and anthropological collections.

The museum, Wales’s most visited heritage attraction, has been welcoming visitors since 1948 when it opened as the Welsh Folk Museum. The completion of the six-year revamp last year was the organisation’s most ambitious project, creating new galleries, more learning spaces and a new building, Gweithdy – Welsh for “workshop” – which is intended as a national centre for creativity and craft skills.

It joins previous winners, which range from the enormous – the British Museum (2011) and the V&A (2016) – to the considerably smaller, such as the William Morris Gallery (2013).