While Turkey can be proud of its literary traditions – especially poetry heavily influenced by Persian verse forms – it is nevertheless a nation without its own Tolstoy, Flaubert or Austen. Only in the 20th century, when the fall of the Ottomans signalled a decisive tilt west, did the country begin to turn out great novelists. Not that these writers received the acclaim they might have enjoyed elsewhere – for while the country’s film industry has largely come to prominence by peddling glossily escapist versions of the country to global audiences, its novelists have asked the harder questions, often paying for their pains with state harassment, prison spells or worse. Put another way, some of the books I’ve selected will take you to a Turkey you’re unlikely to know from your beach holidays.

Not that this need deter you: if this is a literature often preoccupied with dark and difficult issues – despotism, domestic violence and minority rights, not least for Armenians – it’s delivered with consummate verve and distinctive style, not least by Nobel Laureate Orhan Pamuk, Elif Shafak and other Turkish writers now deservedly being published abroad, such as Ece Temelkuran. Expect your reading to take you to Istanbul, Turkish fiction’s undisputed centre of gravity, but also to the provinces, sometimes with foreign writers. Among these are Louis de Bernieres, whose Birds Without Wings, arguably his masterpiece, was inspired by a visit to the haunting abandoned settlement of Kayaköy on Turkey’s touristy Mediterranean coast.

The Bastard of Istanbul by Elif Shafak 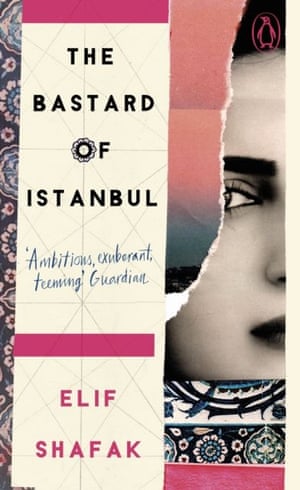 A 2006 coming-of-age novel about Turkish teenager Asya (the bastard of the title) and her Armenian-American cousin Armanoush, whose visit to her Istanbul relatives catalyses the dramatic emergence of family secrets from Turkey’s turbulent past. Shafak’s head-on treatment of the Armenian events of 1915 – for which Armanoush unhesitatingly deploys the taboo term genocide – saw her prosecuted in 2006 for insulting Turkishness. She was spared a long jail term only when the charges were dropped. This spirited and atmospheric portrait of mothers, sisters and daughters – the men of the family are mostly carried off in their 40s by a curse that persists to the end of the novel – builds to a genuinely shocking finale.

Memed, My Hawk by Yashar Kemal 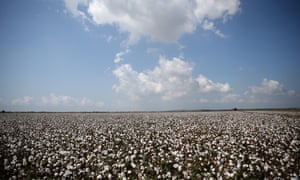 Kemal’s 1958 epic is perhaps the best-loved of all Turkish novels. This is an Anatolian Robin Hood, but set in the 20th century, when feudalism persisted in Turkey’s far-flung regions. Memed, born to poverty and back-breaking servitude among fields of thistles, takes to the mountains and raises a band of brigands to win local hearts, win back Memed’s captured beloved and break the grip of the unjust local agha (lord). A hymn to freedom and social justice, this classic is steeped in the soil and lore of southern Turkey’s Çukurova region, where Kemal was raised.

Human Landscapes from my Country by Nazim Hikmet 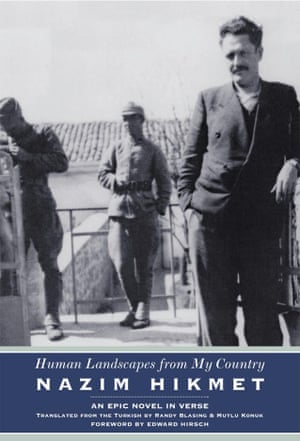 This epic novel in verse was largely written in prison, where Nazim, as Turkey’s greatest modern poet is universally known, spent much of his life; it was not published in Turkey until after Nazim’s death in 1963 and only published in English in its entirety in 2002. Daringly experimental, with vivid vignettes of Turkish life delivered in a fractured movie style, Nazim’s masterpiece flits from a train travelling between Istanbul and Ankara to a steppe prison, a hospital, battlefields, bedrooms and elsewhere. A challenging read, Human Landscapes nevertheless adds up to a magnificent portrait not only of ordinary and often marginalised Turkish lives, always at the heart of Nazim’s art, but of the 20th century. A committed communist who died in exile, Nazim remains a divisive figure in modern Turkey. But even those who brand him a national traitor do not deny the power of his writing, at its peak in these pages.

The Towers of Trebizond by Rose Macaulay 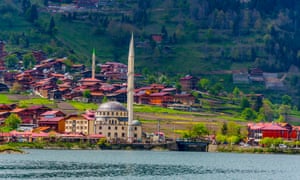 It’s a tribute to a novel with so outlandishly potty a premise – a camel train of High Church intellectuals bound for the Black Sea town of Trebizond (Trabzon) variously intending to write travel books, convert the heathen locals and liberate their women, and defect to the Soviets – that it seems to speak more illuminatingly of Turkey than any number of non-fiction travelogues. There’s much to admire in the detailing of the landscapes, in the author’s patent affection for her characters – even the walk-on parts – and in the signature mix of farce and melancholia. Macaulay’s 1956 novel, her last, is a uniquely affecting and funny period piece which not only conjures 1950s Turkey but is at once brilliantly revealing on love, sex and loneliness. 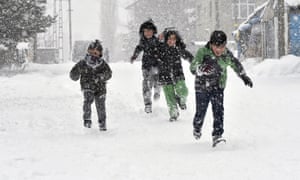 Istanbul has served as the setting for most of Orhan Pamuk’s novels, is home to his remarkable literary Museum of Innocence, and inspired his acclaimed memoir of childhood. But Snow (2002) takes Pamuk as far as he can go from his home city while remaining in Turkey – east to the remote border city of Kars. In other regards, however, this is hardly a departure from Pamuk’s trademark fictional world. In Kars to report on an epidemic of suicides among young women, a poet journalist finds himself entangled in a gathering mesh of dark politics and of his own emotional attachments as a blizzard descends, cutting off the city from the outside world. This exploration of secularism and Islamic extremism finds Turkey’s literary colossus at his most profound and unsettling. 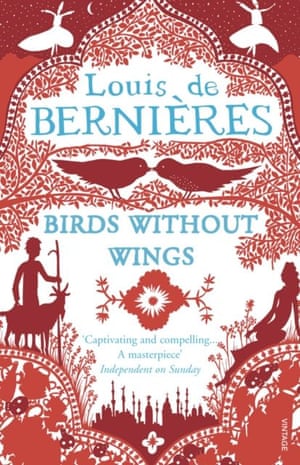 This 2004 novel, by the author of Captain Corelli’s Mandolin, stands as perhaps the great epic of end-of-empire Turkey. The setting is a provincial Mediterranean town at the beginning of the 20th century where diverse communities – Turkish, Greek and Armenian – co-exist as they have for centuries. But the wars that rage across the wider country – there are graphic evocations of life in the trenches during the 1915 Gallipoli Campaign – signal the end of the Ottoman empire and momentous change. De Bernieres’ richly rendered cast – goatherd and peasant girl, imam and agha – fall in love and go to war as the author delivers a brilliantly clear-eyed history lesson on the end of Ottoman cosmopolitanism, not least the tragic population exchanges which in 1923 called time on Christianity in Anatolia. 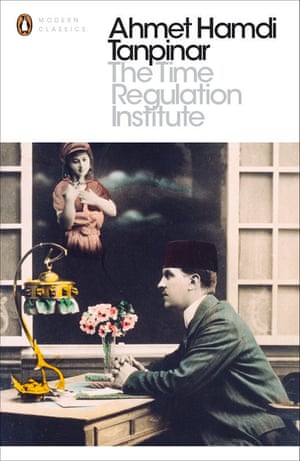 A hilarious tragicomedy, Tanpinar’s great novel (1954; translated into English in 2014) is a merciless send-up of the 20th-century reforms that set out to remake Turks as westerners. The novel’s focus is the titular institute whose Orwellian objective is to brings the country’s clocks into line and so correct the citizens’ casually oriental attitude to timekeeping. This bitingly timely satire, which dared to do for Ataturk what Animal Farm did for Stalin, offers a devastating commentary on what Tanpinar himself described as the country’s late arrival into the modern world. The action revolves around a cast of Istanbul mavericks whose attempts to keep up with a world in a state of flux strands them between hopes for a bright future and nostalgia for a familiar past.

The Iliad by Homer 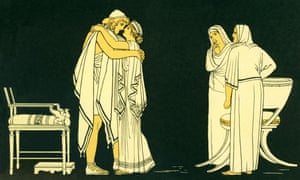 Neither quite a novel nor Turkish, Homer’s great war epic nevertheless has to be here. For this epic poem – the novel of its day – reminds us that the land now known as Turkey has inspired the greatest stories from the start. The Iliad’s power remains its astonishing immediacy, with the fine warriors of the Greeks and Trojans falling as fodder to the flashing blades of Achilles and Hector as the two sides’ gods connive from on high to influence events on the plains of Troy. Rarely has there been such interest in this monumental work, with a 2016 translation by Caroline Alexander, the first by a woman, emphasising latent anti-war themes.

The Janissary Tree by Jason Goodwin 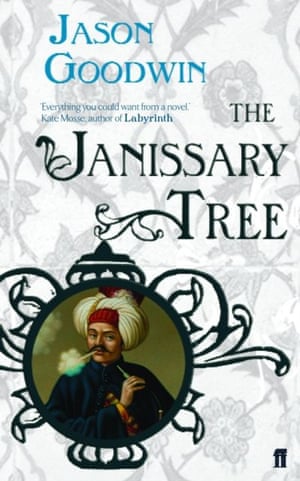 Literary Istanbul is a tough old neighbourhood, thick with the detectives created by writers including Barbara Nadel, Selcuk Altun and – my pick – Jason Goodwin. Yashim, the star of Goodwin’s excellent historical mysteries, not only solves crimes but is also notable as an Ottoman eunuch, cultured bohemian and gourmet. In The Janissary Tree (2006), the first of the five Yashim novels, our man investigates a series of murders that shake Istanbul’s military corps in the 1830s, some 10 years after the Sultan has slaughtered the Janissaries, once the elite force of the Ottoman Empire.

The Time of Mute Swans by Ece Temelkuran 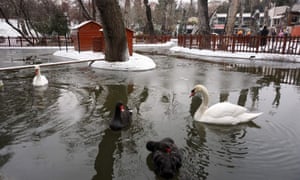 This bestselling 2017 novel, set in 1980s Ankara, is a resonant tale of two children from sharply contrasting backgrounds whose friendship blossoms as pitched battles rage on university campuses, rightwing militias terrorise poor neighbourhoods and a military coup looms. When swans from Russia put down in an Ankara park, the two children hatch a plot to save them from the chaos.

Jeremy Seal has written several books on Turkey. His next, A Coup in Turkey, will be published by Chatto in 2021

Rick Steves: The pros and cons of cruising in Europe

The Geelong Flyer cruises into action ·