Window Wanderland is a festival of lights that sees people transform their neighbourhood into a colourful playground using paper cutouts in their windows. In the streets of Strathbungo, Glasgow, the result is a night-time explosion of pop culture: Mary Poppins, the Moomins, Peter Pan, Paddington.

The festival was founded in Bristol in 2015 by Lucy Reeves Khan, a set designer who had developed mobility problems, chronic pain and feelings of isolation following a car accident. As part of her rehabilitation, she took short walks in the streets around her home – at night, so few would see her struggling. 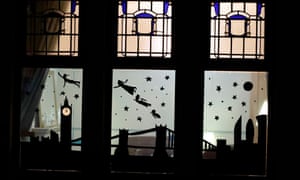 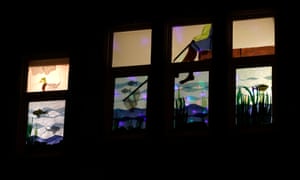 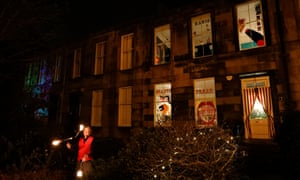 Lonely, she glanced in lit windows at the people inside, and one evening the idea struck. 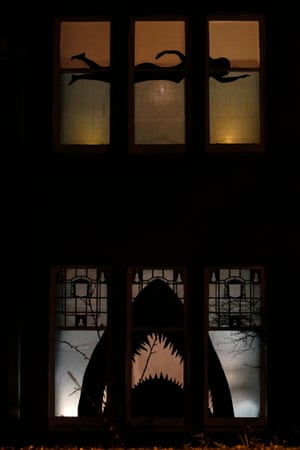 Khan set about trying to articulate her concept to her neighbours. That wasn’t easy. “Nobody could understand what I was on about,” she recalls. It wasn’t quite like Halloween, it wasn’t quite like Christmas. So she created a number of displays in her own windows as examples – and it took off from there, and has now spread to around 20 UK locations.

One home in Strathbungo is an angry lament for the Glasgow School of Art, which burned down recently for the second time; the windows of the home are bright with painted flame. On nearby Queen Square, Bernie Hunter, who is 24 and has cerebral palsy, has created a fond tribute to Still Game, the beloved Scottish sitcom, on the eve of its farewell series.

Some displays are extraordinarily sophisticated. One house displays a version of Salvador Dalí’s Christ of Saint John of the Cross, which has been drawing visitors to Kelvingrove art gallery since 1952. At the foot of this crucifixion, Mara Roelofse hands out free tomato soup.

There had been talk of an anti-Brexit display across a terrace on Moray Place, but, as one resident sighs, “Folk were too scunnered” – sick of the issue – “to bother.” The politics of the event tend instead towards the environmental. On Regent Park Square, Emily Munro has decorated an upstairs window with the hourglass logo of Extinction Rebellion, the direct action campaigners. Her other windows show cutouts of insects, which Munro removes as the night wears on, symbolising their catastrophic decline, leaving just one – a bee. 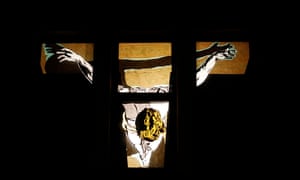 One home has been tricked out like a giant jukebox, with a real seven-piece band playing on the upper floor through an open window.

“Any requests?” the singer, Karina Smillie, shouts down to the crowd. 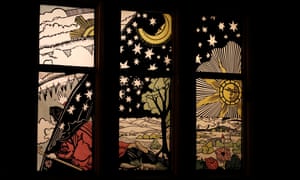 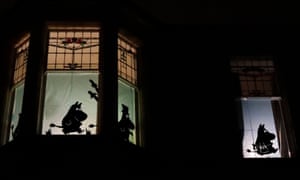 “Geez a minute,” Smillie says, turning to consult the band, who then launch into Fleetwood Mac’s Dreams.

“It’s beautiful, unplanned, chaotic,” says Sarah Reid, who started this Scottish leg of the event. “Such a simple idea, but when people come together it creates something beautiful and powerful.”

Faroe Islands: closed for repairs but open about self-promotion