Joe Boschulte has been nominated as commissioner of tourism for the U.S. Virgin Islands. 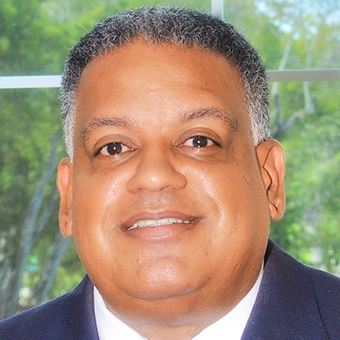 He would replace Beverly Nicholson-Doty who stepped down from the post following elections last November.

Boschulte formerly served as president and CEO of the West Indian Company, where he mobilized a public bond offering of $79 million to raise funds for capital projects for the Virgin Island Water and Power Authority and developed a retirement system for government employees.

Confirmation hearings before the Virgin Islands legislature will be held in the coming weeks.

10 Do's & Don'ts for Disneyland Paris: How to get the most out of your fairytale trip

Coronavirus latest: Is it safe to fly? Airports take steps to stop spread of virus

In Japan it’s called shinrin-yoku (forest bathing); in Norway it’s friluftsliv (appreciation of outdoors activity and nature). But in Latvia there’s no special term for it. “We don’t need one…
Recent Posts
We and our partners use cookies on this site to improve our service, perform analytics, personalize advertising, measure advertising performance, and remember website preferences.Ok