It’s not hard to see why Turkey, according to the United Nations World Tourism Organisation, has risen to fourth place in the world tourism rankings. Summer sunshine is guaranteed on the Aegean and Mediterranean coasts, with the gateway resort of Antalya’s daytime July highs averaging 34C, and sea temperatures an inviting average of 28C in the same month.

Beaches abound, often set against dramatic backdrops of pine-forested mountains. Then there’s the fantastic array of ancient ruins to explore, from St Paul’s Ephesus to Homer’s Troy, the majority of which are easily accessible from the coast. Water sports from scuba diving to kitesurfing, kayaking to windsurfing, entice the active. The cuisine, too, is superb, with a dazzling range of mezze, succulent charcoal-grilled kebabs and syrupy walnut- and pistachio-stuffed baklava.

Turks have turned tourism into an art form, with hotels and guesthouses almost always extremely well run, chefs skillful and proud of what they do, and staff generally attentive and friendly. It doesn’t hurt that Turkey’s Ministry of Culture and Tourism oversees the industry. With tourism revenues making up some 12 percent of the country’s GDP it’s of national importance that holidaymakers are well served and become – as many do – regular visitors.

And the best news? Despite the huge number of visitors Turkey receives, this is such a big country (the size of France and Germany combined) with such an extensive coastline (the third longest among countries bordering the Med) that there are still plenty of unspoilt, hidden gems where you can avoid the crowds of Antalya, Marmaris and Bodrum. Here are 10 less-discovered places to visit this summer.

The shimmering blue expanse of Turkey’s second largest freshwater lake is ringed by mountains. Its natural hub is the modest market town of Eğirdir and the small island just off it, linked to the mainland by a causeway. Highs rarely exceed 30C and humidity is low, so walks along the long-distance St Paul Trail running by the town are pleasant, as are swimming, fishing trips, kayaking and windsurfing. Nearby are the incredible mountain-set Greek-Roman ruins at Sagalassos and the equally evocative remains of Antioch in Pisidia, while there are plenty of low-key family-run pensions and guesthouses to stay in.

Most of the houses in this scattered hamlet, set among terraced fields layered down the dramatic slopes of 6,500ft-high Baba Dağ (Father Mountain), enjoy spectacular views over plunging limestone cliffs to a Mediterranean Sea of the deepest blue. Tucked into a cleft below the village is Butterfly Valley, famed for its pretty beach and – you guessed it – dazzling butterfly population. Faralya is linked to the nearby resort of Ölüdeniz by dolmuş (minibus) and taxi, though you will need a hire car to explore ancient sites such as Tlos and Xanthos. The village also lies astride renowned long-distance walking trail the Lycian Way. 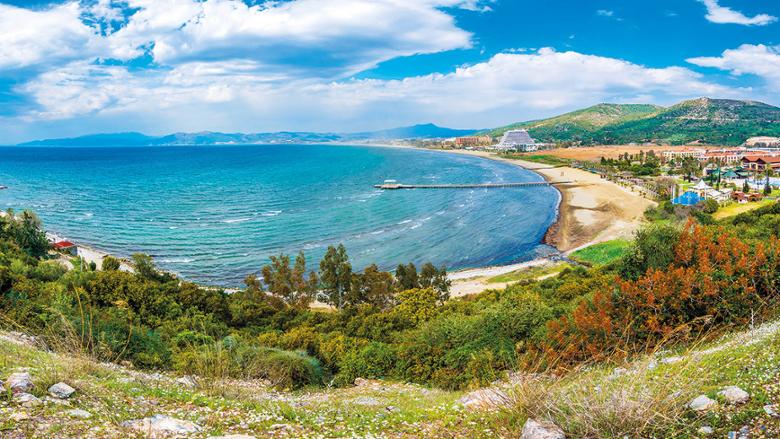 A few miles north of the cruise ship port of Kuşadası and the same distance west of the delightful inland town of Selçuk is Pamucak, one of the longest stretches of beach on the Aegean coast. Its soft sand backed by wetlands home to flamingos attracts more locals than visitors, in part because access is free. Its southern reaches are being encroached upon by hotels but many visitors prefer to base themselves in Selçuk and mix days on the beach with exploring the region’s wonderful array of ancient Greek ruins, including Ephesus, Priene and Miletus.

Çıralı’s protected status, earned because of its nesting loggerhead turtles, atmospheric ancient ruins of Olympos and the geological wonder of the eternal flames of the Chimaera, have shielded it from the excesses of all-inclusive development along the coast at Kemer. The two mile-long curve of sand and shingle beach, mountain backdrop and sea of citrus groves concealing a myriad of simple pensions make this a supremely peaceful place, especially as it is set at the end of a dead-end road so there’s no through traffic. 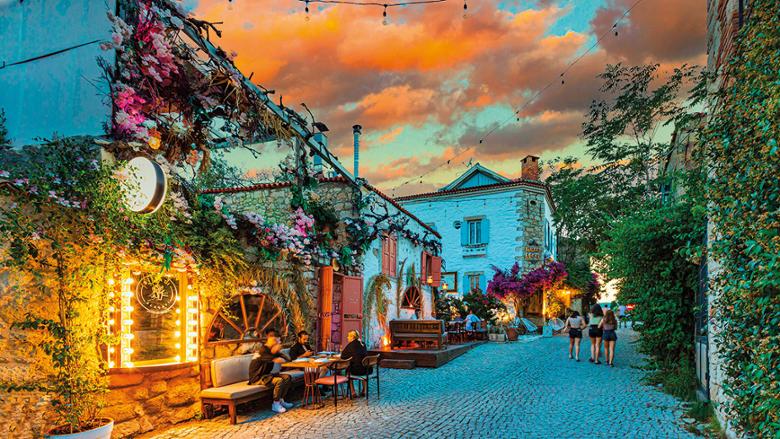 On the radar of discerning Turks rather than tourists, the former Greek fishing village of Alaçatı is today a hip destination of bars, restaurants and boutique hotels fashioned from old stone houses. It‘s also one of the premier wind- and kite-surfing locations in the Med, with its sandy beach shelving gently into a shallow bay usually caressed by a steady southerly wind. A day trip to the nearby Greek island of Chios makes for a fine day out, as does the largest and best-preserved of the many ancient Greek-Roman cities littering Turkey’s Aegean littoral, Ephesus. 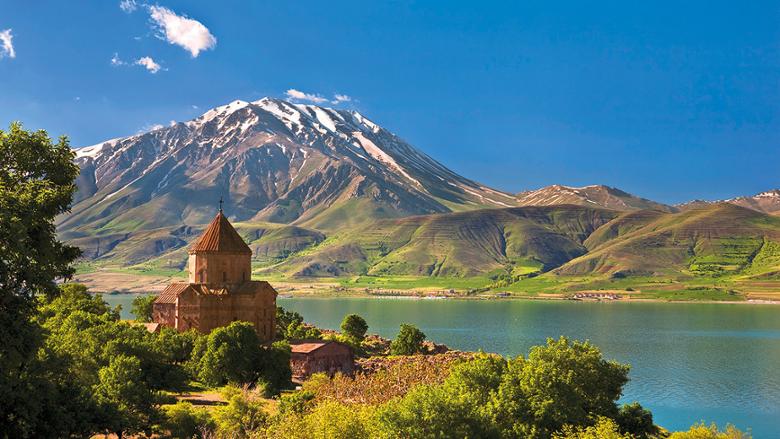 For a truly adventurous experience head out to high-altitude Lake Van near the Iranian border. An azure sheet of blue, Turkey’s largest lake is ringed by snow-streaked mountains soaring to 13,000 feet and dotted with remains of its Urartian and Armenian past. Swimming in the buoyant, soda-rich waters of the lake is a joy, the boat trip out to Unesco-listed Akdamar island and its splendid church an unforgettable experience, a walk through the abandoned old town of Van at the foot of its ancient citadel rock haunting. Van breakfasts are deservedly renowned – eggs fried with lamb, herb-infused goat cheeses, clotted cream, honey and much more. 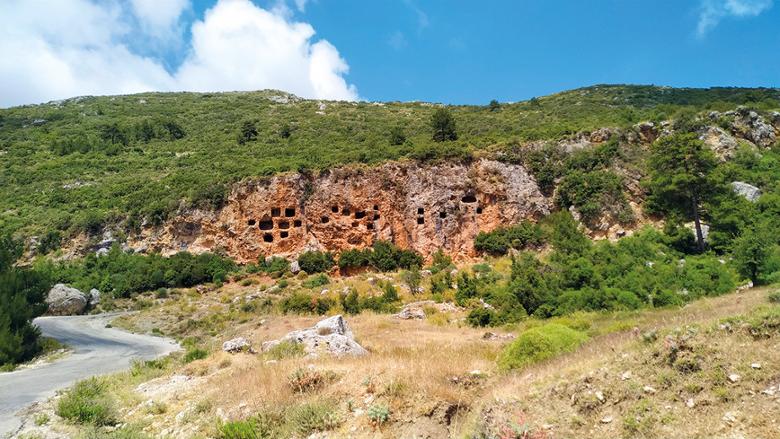 Foça, with its old Greek fishermen’s houses, has retained a timeless air despite being located only 50 miles from Turkey’s third biggest city, Izmir. In addition to the town’s pretty harbour and Byzantine-era fortress, there are several fine (pay) beaches on the scenic road north to Yeni (New) Foça.

A tiny waterfront hamlet beneath a stunning ancient site of the same name and overlooking deep blue waters separating it from the Greek island of Lesbos opposite, Assos is a magical place, as is the old stone village of Behramkale above it. Classicists will love it for ancient Assos, complete with stunning Temple of Athene, close-by Alexandria in Troas and Homer’s Troy, the latter a 1.5-hour drive away.

Leaving the broiling shores of the summertime Mediterranean behind and heading up to cooler altitudes is the traditional way to do things in Turkey. Islamlar, perched high in the limestone mountains behind Kalkan, is cooled by a combo of altitude, tumbling streams and greenery. It’s only a short drive down to the superb beach at Patara, the restaurants of Kalkan, or up to the beautiful scenery around the almost 10,000 feet-high Gömbe Akdağ.

Set on the East coast, Le Méridien Al Aqah Beach Resort offers the idyllic getaway this summer. Overlooking the crystal waters of the Indian Ocean, the resort offers everything you need for a mid-year retreat, from unwinding on a peaceful, private beach to an evening of culinary delicacies under the stars.

Here are just five reasons why you should book with the Le Méridien Al Aqah.

This chic Indian Ocean resort hotel with iconic architecture is set against the extraordinary backdrop of the Hajar Mountains, among lush gardens and has its own private stretch of sandy beach. All 218 rooms offer beach and landscape views as well as the resort also offers 66 interconnecting rooms to accommodate families of all sizes.

The pioneer of hospitality on the East coast, the resort offers extensive F&B offerings with five dining outlets. Gonu Bar & Grill is signature beach-front restaurant and grill and is best known for its surf and turf, while Sapore, with chic ambience, offers authentic Italian cuisine. Taste offers a unique combo of Asian flavours with Indian and Thai cuisine, while Baywatch restaurant keeps the beach goers and pool lovers hydrated with an extensive beverage menu.

Views, the all-day restaurant, offers an extensive buffet selection for breakfast, lunch and themed dinners throughout the week.

3. Packages for all pockets

Catering to everyone’s need, the resort offers a variety of deals to choose from: the Half Board package transforms your visit into a gourmet staycation with a spacious sea-facing room, including breakfast and dinner at Views restaurant, from just Dh973++. Or upgrade to the All-Inclusive package from Dh1,285 ++ and explore multiple dining venues and an array of house beverages during your stay. A standard Bed-and-breakfast only package is available as well as the Escape! Spa Package, which is curated to offer tranquillity and features a selected spa treatment.

Awarding patrons for their loyalty during summer, Marriott Bonvoy members are rewarded with additional 3,000 loyalty points when staying at the resort for two consecutive nights or more until September 20. Download the More Cravings App, and avail exciting deals at participating dining outlets such as 2 for 1 and 20 per cent discount on your total bill.

Let’s not forget the little ones! Le Méridien Al Aqah offers a kids’ club and dedicated kids’ pool area with an abundance of fun activities and games to keep the little ones entertained so you can enjoy a lazy, peaceful afternoon on the beach, while they play and make friends at the club. Also, children under the age of 12 dine and stay for free!

British expats: New list names the top country for Britons – as far away as possible

Fare hedging, an emerging tool for the airlines

This Aspen Hotel Has Ski-in, Ski-out Spa Treatments so You Can Relax Without Wasting Any Time on the Slopes