Home » Destinations » Magnetic levitation: the return of transport’s great ‘what if?’

At first glance it looks like a regular train threading between tower blocks and emerald hills on the western outskirts of Beijing, but the futuristic vehicle is actually part of the Chinese capital’s newest transportation toy, a magnetic levitation (maglev) system.

Because no part of the vehicles touch any part of the eight kilometre (five mile) line, the trains on the new S1 route from Shichang to Pingguoyuan glide almost silently, with no fuming diesel engines and no squealing metal-on-metal of wheels on track.

“Maglev has no wear and tear, no contact noise and very low vibration,” says Jie Li, who designed the S1 line, which opened a year ago. “I think maglev is going to take off.”

But maglev has been around for decades. Along with flying cars, rocket-fuelled monorails and supersonic passenger aircraft, it is one of the great “what ifs?” technologies. It was supposed to transform our cities, but never quite caught on – outside Asia at least.

In the past few years, though, a new generation of engineers have been quietly developing cheaper and more efficient maglev systems, some reaching eye-watering speeds of 500km/h (370 miles per hour) and above. And with the “hyperloop” projects promoted by Elon Musk essentially maglev trains in a vacuum, the technology’s supporters believe it might just get another chance.

The world’s first commercial maglev opened in 1984 in Birmingham. Developed by British Rail, this floating capsule out to the airport was technologically miles ahead of anything in the world at the time.

A generation of travellers enjoyed the smooth, futuristic ride over the top of sprawling car parks, a police station and a dual carriageway until high maintenance costs saw it shut down 11 years later. The revolutionary carriages ended up dumped in a hedge a few miles from the runway before eventually being sold on eBay.

Germany embraced maglev technology too. A company called Transrapid was commissioned to build a maglev system from Munich to its airport, replacing the glacially slow S-Bahn, but the project was iced when estimated costs almost doubled to €3bn. 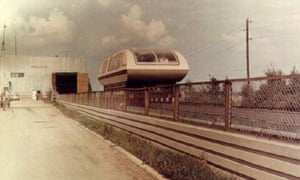 Berlin briefly had a slow-speed maglev, and cities as varied as Timișoara, Vancouver and Moscow developed their own vehicles and tested them – but none of these entered full service. Moscow’s TA-05 in particular was a curvaceous classic with a kitsch design that was even featured in a Soviet sci-fi film.

Europe’s high-speed maglev dream ended in 2006 after 23 people were killed when a maglev train on Transrapid’s test track in Emsland, Germany, hit a maintenance vehicle. A few years earlier Transrapid had developed the fastest passenger train in service in the world – the Shanghai maglev, which still runs to Pudong airport at speeds of 431km/h – but it never won another contract after the Emsland crash. The test track stands idle. 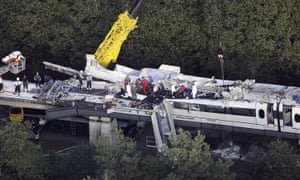 Europe now prefers high-speed trains with wheels. France has laid more than 2,600km of high-speed track and Spain more than 3,200km, with the fastest European trains running at over 320km/h.

Britain briefly mulled over the Ultraspeed proposal for a 500km/h £30bn London to Scotland maglev in 2005, but instead opted for the high-speed HS2 rail line. HS2 is now estimated to cost £56bn to build and will see trains running at up to 360km/h.

Across the Atlantic, a maglev from Pittsburgh airport to Greensburg was considered in the mid-1990s, and a proposed Pittsburgh-to-Philadelphia maglev was cancelled in 2011. Orlando almost had a maglev moment in 2012, but balked. San Diego had a test track and considered building a longer one to connect to a new city airport in 2005. All these ventures were abandoned on cost grounds. 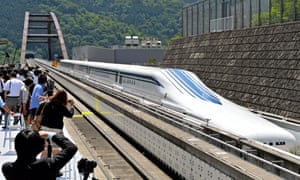 It is the cities of Asia that have embraced maglev in the 21st century. Shanghai’s high-speed maglev is the fastest commercial high-speed electric train in the world, while in Japan, the under-construction Tokyo-to-Osaka maglev will trump everyone with speeds of 500km/ph when it opens in 2037, cutting the journey time from four hours by bullet train to 40 minutes.

Lower-speed maglevs include the new Beijing line, an 8km route in Qingyuan scheduled to open in September and others in Changsha and Seoul.

Dozens of Chinese cities – including Chengdu, Shenzhen, Wuhan and Guangzhou – are considering new maglevs. Systems have been proposed recently in Bangalore, Hong Kong and Taipei.

There is also one US project left on the drawing board – a maglev to run the short distance between Baltimore and Washington DC, cities that could almost be twins were it not for the nightmare traffic between them at rush hour. If a maglev is built anywhere in the US, it will be there.

Sergey Smirnov organised this year’s biennial conference for maglev engineers, entrepreneurs and enthusiasts in St Petersburg. Instead of TED talk-style pomp and free coconut lattes, the event was opened with a choir and closed with a boat ride down the Neva as a white-suited band played jazz standards. It all seemed strangely anachronistic for such a futuristic technology.

“For decades maglev couldn’t offer a better product in terms of price and efficiency than high-speed rail,” says Smirnov, an engineer himself. “Now, thanks to the work of many scientists and engineers, maglev offers speeds much higher than trains with wheels and has the lowest operation costs of any transport.”

The technology is also incredibly energy-efficient and has a very low impact on the environment.

After 30 years promoting maglev systems in the US, the former Transrapid engineer Larry Blow is optimistic for their future. “As more and more people experience the differences in speed, noise, ride comfort and safety that are features of maglev, I feel confident it will become more popular around the world,” he says.

Maybe the magnetic attractions of maglev will sway more cities in the coming years.

Freeform’s 2020 "Kickoff To Christmas" Schedule Starts Nov. 1, So Get Ready