Norwegian Cruise Line’s second Prima-class ship will be called the Norwegian Viva and will enter service in June 2023.

The ship will spend its first summer in the Mediterranean and its first winter in Puerto Rico.

The Viva will sail Mediterranean itineraries from four ports: Lisbon, Venice (Trieste), Rome (Civitavecchia) and Athens (Piraeus). The ship will reposition to the Southern Caribbean for the 2023-2024 winter season, homeporting in San Juan. 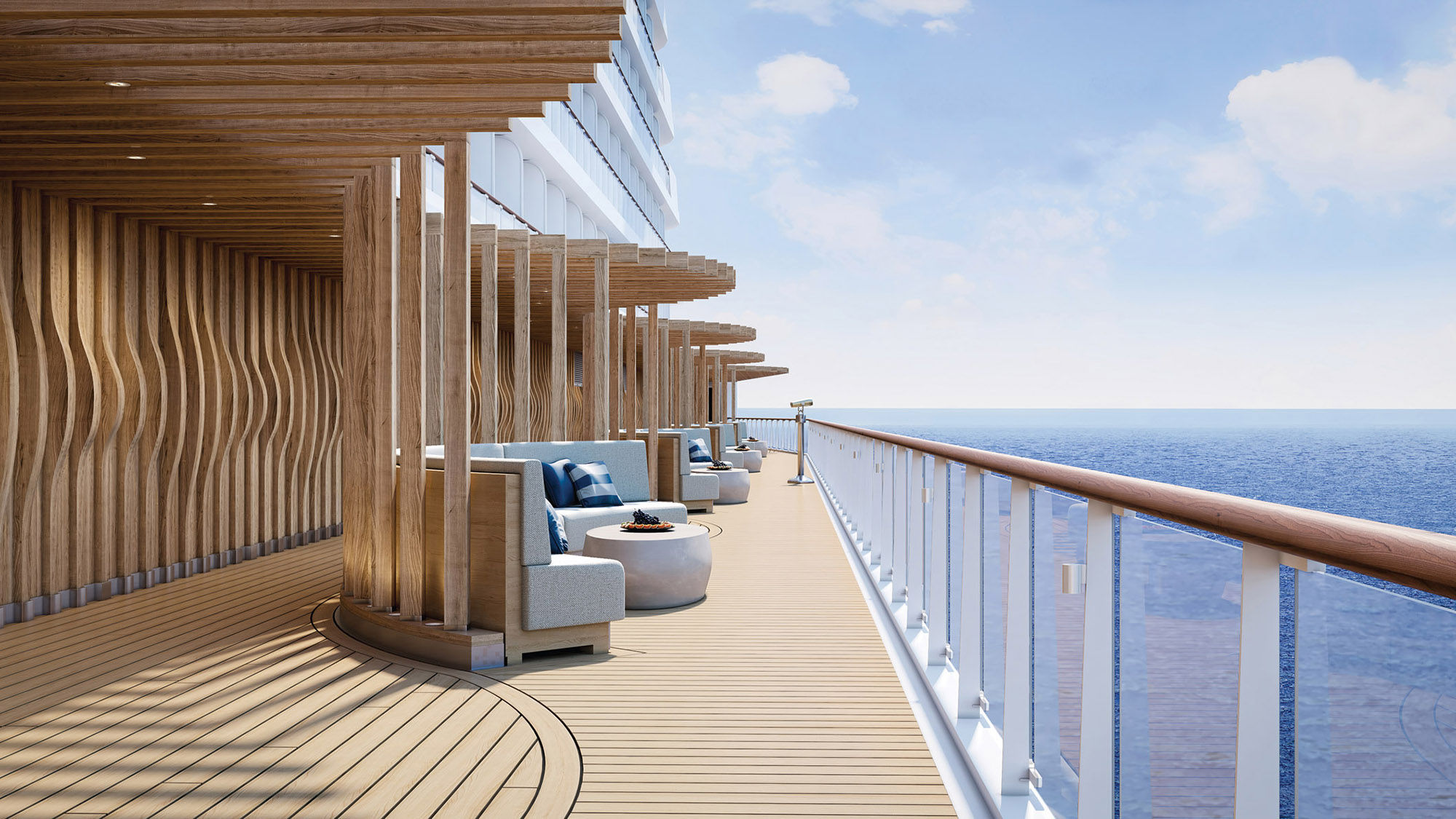 The second of six Prima ships being built by Italy’s Fincantieri shipyard in Marghera, the 3,219-passenger Viva will have a design and structure mirroring the Norwegian Prima.

However, the newer ship will have the brand’s largest inside, oceanview and balcony cabins; the largest suite variety; and the highest staffing levels and space ratio of any new cruise ship in the contemporary and premium cruise categories, NCL said.

“Norwegian Viva sets the standard in the premium segment, illustrating our commitment to pushing boundaries in four main areas: wide open space, service that puts guests first, thoughtful design and experiences beyond expectation,” Norwegian Cruise Line CEO Harry Sommer said in a statement. “We have taken everything our guests love to the next level with this brand-new class of ships designed with them in mind.”

Following a summer sailing Mediterranean cruises of eight, nine and 10 days, the Viva will become the largest new ship to homeport in San Juan, NCL said. The Viva will kick off its winter season on Dec. 15, 2023, sailing a seven-day roundtrip Caribbean sailing to the British Virgin Islands, St. Maarten, Barbados, St. Lucia, Antigua and the U.S. Virgin Islands. The ship will sail seven- and nine-day Caribbean sailings.

The ship’s Haven by Norwegian — NCL’s upscale, ship-within-a-ship area — will feature 107 suites, an expansive sundeck, an infinity pool overlooking the ship’s wake, and an outdoor spa with a glass-walled sauna and cold room.

Like the Prima, the Viva will feature the Drop, which NCL says will have the fastest freefall drop on a dry slide at sea; a three-level go-kart racetrack, the Viva Speedway; Ocean Boulevard, the 44,000-square-foot outdoor walkway that wraps around the ship; the Indulge Food Hall featuring 11 eateries; the Concourse outdoor area with a sculpture garden; and the Infinity Beach and Oceanwalk with glass bridges above water.

Also like the Prima, the Viva’s hull art will be designed by Italian graffiti and sculpture artist Manuel Di Rita, commonly known as “Peeta.”

Both the Prima and the Viva will feature alternative emissions-reduction technologies that lessen the ship’s environmental impact and filter out up to 98% of sulfur oxides and 90% of nitrogen oxides.

They will also both be equipped with an exhaust gas cleaning system, an advanced wastewater treatment system and the ability to connect to onshore power grids to reduce emissions while in port. 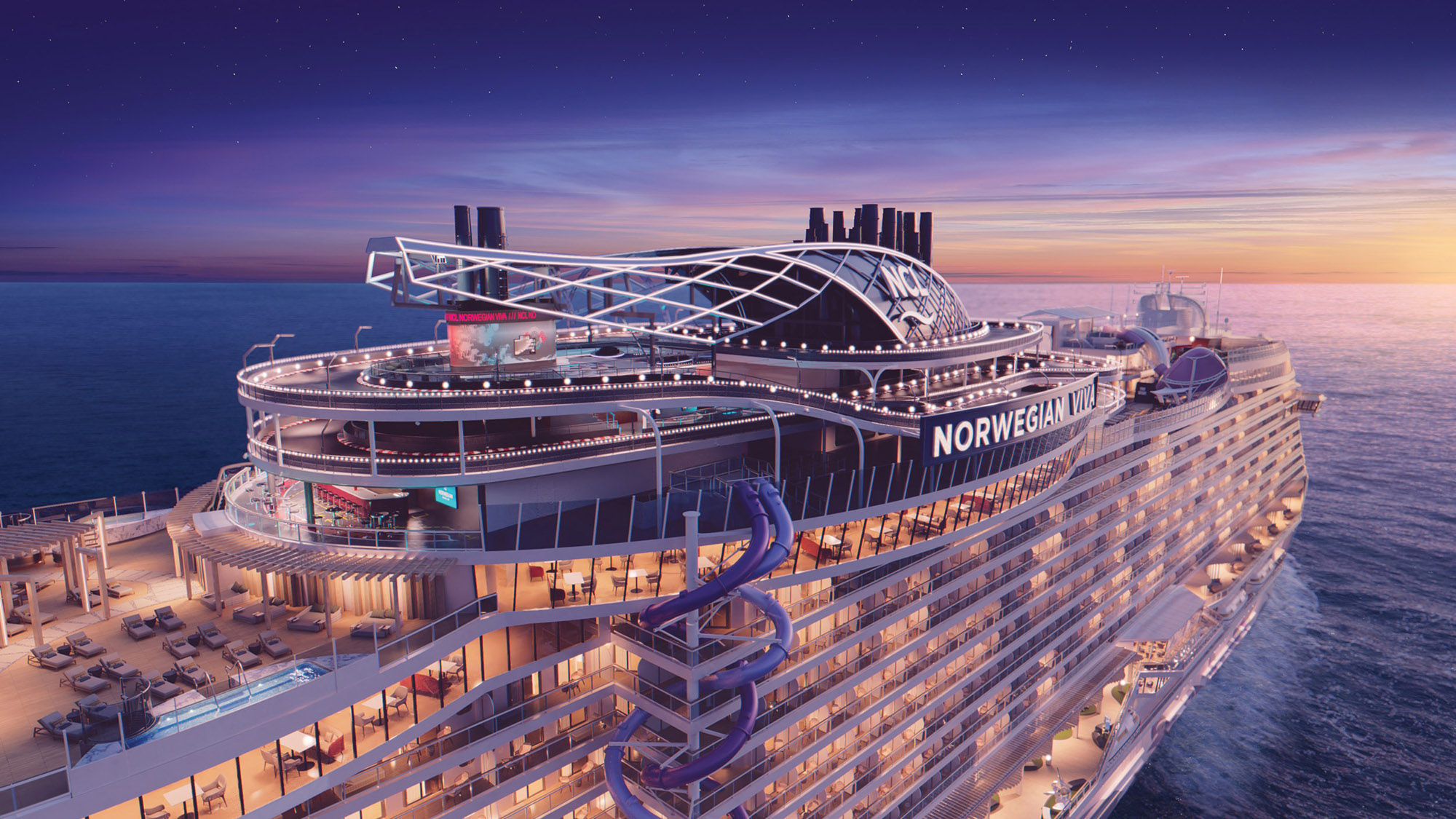 Discovering the peak of culinary experiences at 10,000 ft in Austria