Singer-songwriter and television personality Kelly Clarkson christened Norwegian Cruise Line’s 3,998-passenger Norwegian Encore on Thursday at a pier-side ceremony at the Port of Miami, emphasizing the new ship’s suitability for a wide range of vacationers.

In christening the new vessel Clarkson mentioned her family, which includes her three and five-year old children Remington and River. “To find a vacation that fits all ages is a rarity, so I am excited about this,” she said.

“The stars have aligned perfectly because Norwegian Encore is the 17th ship in the Norwegian fleet, which is incredible timing because it’s been 17 years since I won American Idol. It’s a really good match.” 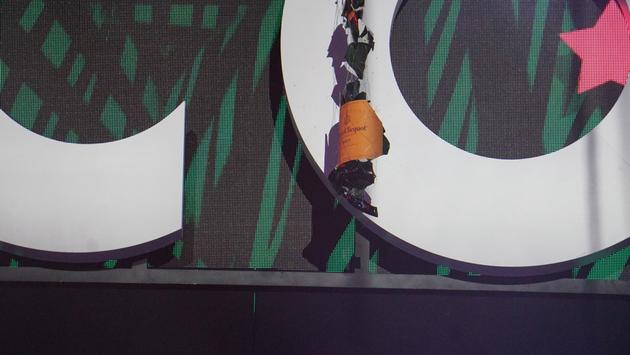 The Breakaway Plus-class ship, the latest sister to Norwegian Escape, Norwegian Bliss and Norwegian Joy, features several touches not found aboard the earlier vessels, including a new Italian restaurant, Ondo by Scarpetta, but the highlight is likely the Speedway race track, where passengers can drive go-karts, which extends 13 feet beyond the ship’s rail, the second of its type aboard a cruise ship following the track aboard Norwegian Joy.

Indeed, the ship is an active cruisers’ dream with the Speedway joined by an aft-deck water slide whose options include AquaPark, which features two multi-story waterslides and Aqua Racer, a tandem waterslide.

The water park also features the Ocean Loops, a tube sending riders up, down and beyond the ship’s edge. There’s also a laser-tag facility designed to replicate the legendary lost city of Atlantis.

Norwegian Encore also offers a number of quieter locations for pure relaxation, including the Deck 15 Observation Lounge at the ship’s bow from which passengers enjoy views of the ship’s port and starboard decks from floor-to-ceiling windows. The room’s generous seating arrangement featuring comfortable lounge chairs is perfect for cruisers who desire a quiet spot from which to read a book (or browse the Internet on their smartphones).

Virgin Australia airfares to be slashed in eight-hour sale today

Join the melody of Mantra Hotels ·

A tour of UK spots that inspired famous composers