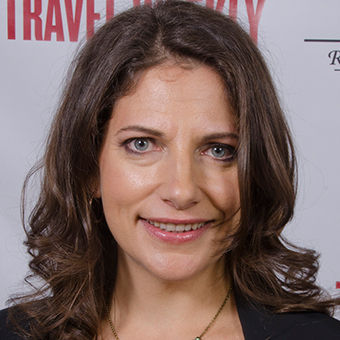 The media is taking advantage of the cruise industry being the only travel sector that tests, tracks and reports Covid cases, and is using the information for “cheap headlines,” Frank Del Rio told travel advisors on Thursday.

The Norwegian Cruise Line Holdings CEO sought to assure the travel agency community that despite the omicron surge and having to cancel cruises this month, the company’s full fleets will be operating before summer.

“While these near-term cancellations and other disruptions that omicron is causing is disappointing and frustrating, I firmly believe that it will not impact our cruise industry and our three brands’ ability to have our full fleet operating by late spring,” Del Rio said during a virtual conversation  with Dr. Scott Gottlieb, chairman of NCLH’s SailSAFE Global Health and Wellness Council.

Del Rio said the industry has been unfairly targeted by the media, which is “taking advantage of the fact that our industry offers robust testing, that we track cases and that we diligently report them to the CDC and other public health administrations.”

“It’s something that no other industries are required to do — not hotels, resorts, theme parks, airlines or any other part of hospitality,” Del Rio said. “So there are different rules for the cruise industry, and those rules, which help public safety, are something that hurts our industry in uncountable ways.

“They take this news and they sensationalize it for a cheap headline. We’re the only industry that they pick on because of our honesty in the way that we report cases. It’s something that we have to live with, but it’s something certainly none of us like.”

Del Rio said that protecting the health and safety of guests, crew and the communities it visits is not just “a tagline” but “the core of what we do and will always be our number one priority.”

Despite having to cancel sailings due to omicron, he said that given how quickly the variant spreads but also “seems to disappear,” he is confident that all of NCLH’s three brands (Norwegian Cruise Line, Oceania Cruises and Regent Seven Seas Cruises) will be in the water in a few months.

It cuts both ways

Gottlieb also addressed the negative media attention given to the cruise industry when it comes to cases, and said that he still believes cruise is a safe environment, given the high-quality testing and protocols on ships. He said he plans to cruise this summer.

Consumers who are “thoughtful about these things, who understand risks,” Gottlieb said, know that going into an environment where these things are being measured and steps are being taken to reduce the chance of spread “can give people a higher degree of assurance rather than being perceived in a negative way.”

He also said that while cruise is a congregant setting, those settings exist in all travel.

“The only difference is that we’re taking measures to try to reduce spread. We’re making sure that the crew tested regularly and that infections are turned over. We’re providing access to that testing for the passengers and access to therapeutics. We’re providing assurances that people are vaccinated in that setting. And I think that can give people a higher degree of assurance of safety,” he said.

However, he said “the double edge” is that because the industry reports infections and does routine testing, “it captures public attention and captures the attention of the media. And it’s compounded by the fact that early [in the pandemic], one or two cruise ships became a personification for the early spread of this virus. And I don’t think that’s an easy media narrative to fully shake.”

Del Rio: The war is almost over

Del Rio said he hoped Thursday’s conversation would reassure advisors who could in turn give confidence their clients.

“One of the main services and greatest value that our advisors provide to our clients is reassurance,” he said. “And hopefully after today’s session, you can confidently do just that. Knowing that you are selling and promoting a cruise vacation experience that puts health and safety and wellness above all else, and in much greater focus than just about any other vacation experience that you can possibly undertake.”

He also told advisors that now is not the time to quit.

“We’ve lived through one of the most difficult tests that our generation will ever face,” he said. “Every generation before us has had to fight wars. Typically it’s an enemy combatant, so to speak. In this case of the virus, this pandemic has been our war, a war that has tested our mettle like nothing else I know in my lifetime, and it’s a war that we’re still fighting and a war that I am 100% confident we’re going to win and win soon. So you’ve been fighting right alongside us. We’ve got to continue to fight. This is no time to give in. We’re almost there.”