Home » Active Travel » Mumbai travel: City has a rhythm all of its own 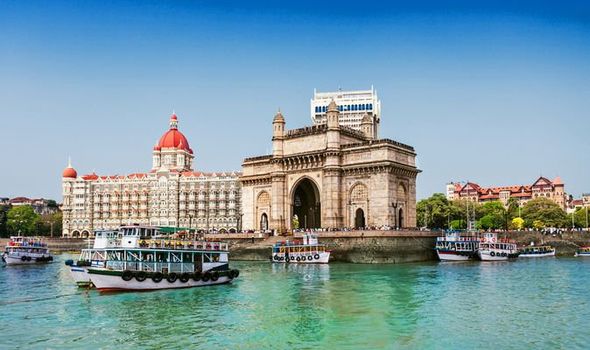 Getting out of bed at dawn for a trip to a malodorous wharf would not have been my ideal choice for the first day in India’s biggest city. But it was one of the most exciting and vibrant scenes I’ve ever witnessed. The whole cacophonous circus begins at around 3am when the trawlermen tie up their boats and sort through the squirming catch, which will include red snapper, shrimp, catfish, skate and mackerel. As the sun begins to rise a crowd of women, dressed in vibrant saris and with baskets balanced on their heads, are poised to pounce on this haul, ready to disperse it across the city.

Baskets of gleaming fish fly up a human chain between boat and jetty, and hundreds of individual transactions start, with some catches exchanged for just a few hundred rupees.

The fish market is a link to the grand past of the city’s eastern bay, when Mumbai – then known as Bombay – stood for seafaring and cotton trading. Now this side of the city, crowded with slums, is the poor cousin of Mumbai’s west, with its skyscrapers and the Stock Exchange surrounded by smart coffee shops.

As the light rises, we taxi to another market, this one dedicated to the region’s newspapers. And in a country where there are 22 official languages there are a lot of different papers, all to be sorted and inserted with those annoying advertising slips.

Here men, squatting on every available space of roadside, work their way through huge mounds of newsprint. Close by, a “chai man”, hovering over his portable stove, distributes little cups of steaming masala tea heavily laced with sugar to keep up the workers’ energy levels.

My visit to Mumbai had begun the previous evening at the new airport, its gleaming marble concourses dotted with huge pillars sculpted like palm trees. An impressive edifice which befits a city which is India’s financial heart. Some residents come here simply to spot the arrivals and departures of the stars of Bollywood, who can attain near-godlike status in India.

Mumbai is the glittering epicentre of the country’s film industry, which churns out some 900 movies a year, maybe not surprising considering they have one-sixth of the world’s population as a captive audience. 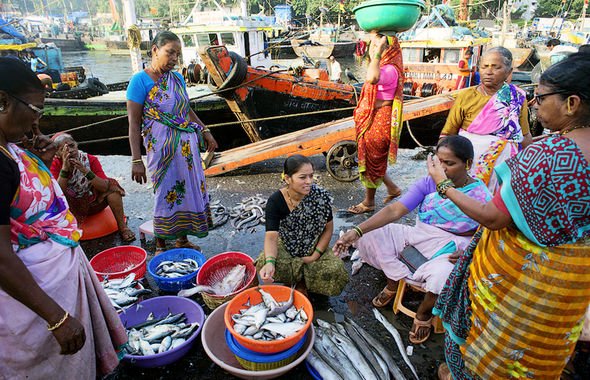 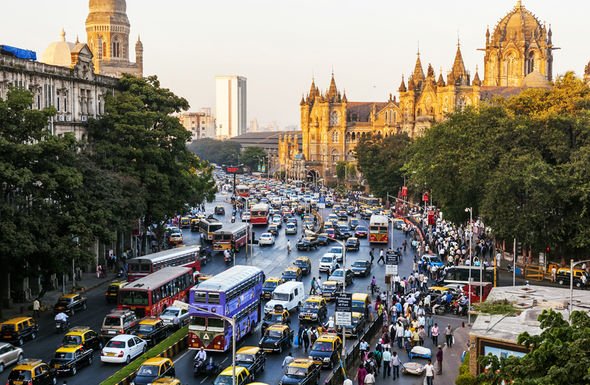 It was one such production, Slumdog Millionaire, which set out to represent how the other half live in Mumbai. Just over half of the city’s residents live in the shantytowns and slums where, in reality, life is strikingly normal, with many families choosing to stay in the neighbourhood they grew up in rather than continue striving to get out for a “better” way of life.

Residents pay rent, most houses have kitchens and electricity, albeit in structures that range from flimsy corrugated-iron shacks to permanent concrete structures.

For the first-time visitor, Mumbai can be overwhelming – coming out of the airport you are met with a wall of warm noise, like the sound of a tube train approaching.

And the traffic is by turns both hilarious and alarming, with scooters and rickshaws buzzing like angry mosquitos as they jockey for position with taxis,Tata trucks, overladen buses, cows and goats, people blasting their horns at any opportunity.

And yet, as a witness to this never-ending circus, it becomes more apparent that the city has its own rhythm, a sort of complex yet light-footed dance performed by so many people with so much noise but in an almost choreographed harmony.

I’m based at the Taj Mahal Palace hotel, a vast red brick structure with turrets and towers which overlooks the Gateway of India, the huge arch built for the visit of King GeorgeV and Queen Mary to Bombay in 1911. 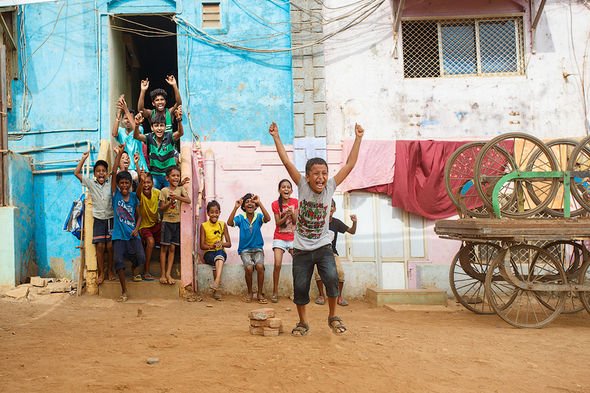 The interior is reassuringly palatial, with plenty of marble and gilt. My room in duck-egg blue and bronze was suggestive of an English Edwardian drawing room in summer, with a more opulent feel in the marble bathroom (where beside the bath stood two earthenware pots filled with citrus oils and fragrant salt, with mixing instructions for creating the “presidential bath”).

To stay in one of the 550 rooms at the five-star Taj is to feel a part of India’s history, not just because of its former guests – from Lord Mountbatten to Barack Obama – but because when it opened in 1903 the hotel was a pioneer in so many aspects of the country’s development. It was the first hotel in India to have electricity, and to have American fans, German elevators,Turkish baths and English butlers.

From here I travelled to one of the less frenetic parts of the city, the affluent suburb of Bandra. The Taj Lands End hotel is surrounded by the Arabian Sea on three sides so there is a pleasant breeze around the teardrop-shaped pool.

Its lofty position on the coast means the views from the top rooms are spectacular, while the public areas are buzzing with life – no wonder those film stars flock to the Nomad bar to enjoy watching mixologist Sheldon rustle up his favourite cocktails, the Chanel no. 6 and the Bollywood Hopeful.

Two hours east of Mumbai is the city of Chennai, which used to be known as Madras in its days as a British military garrison and a trading post of the East India Company.

These days it’s known for its concentration of IT companies, and its residents are proud that their level of education and literacy is judged to be higher than up north. 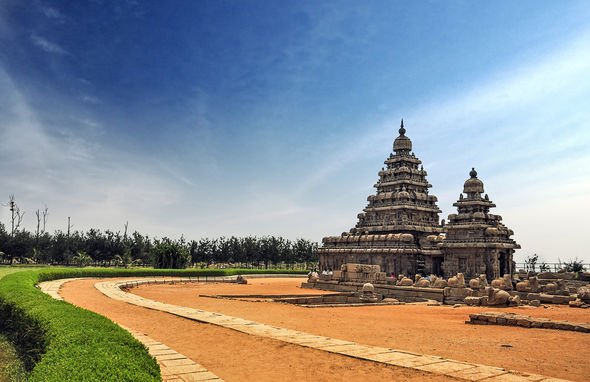 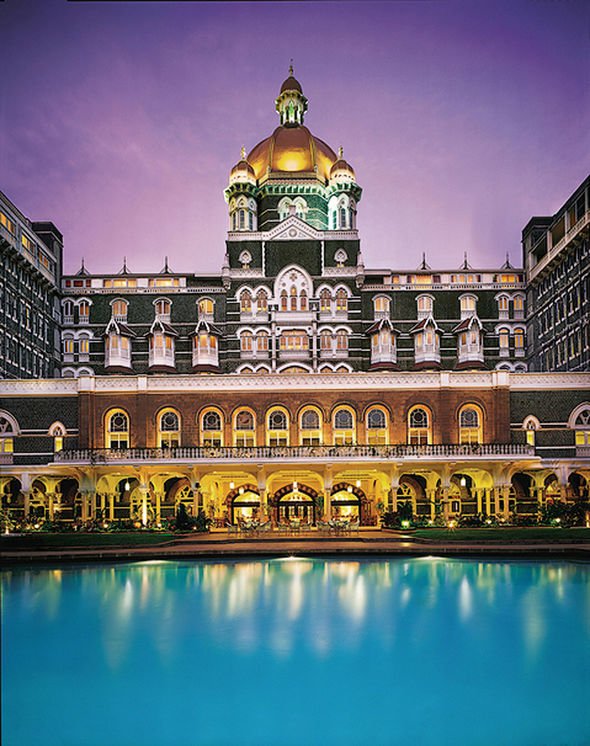 Yet the pace of life seems slower here than in Mumbai, rather like comparing London to, say, Cheltenham. Popular attractions are the tours to the 7th-century temples of Mahabalipuram, a UnescoWorld Heritage site which has some recent additions – in the 2004 tsunami, a number of previously undiscovered artefacts were washed up on the shore.

As I was walking around the very touchy-feely temples – you can clamber all over the huge structures – a group of young locals on a pre-wedding outing stopped and asked to have their picture taken with me.

This was something that had happened two or three times before in tourist areas.

It was gently explained to me that this practice was not, as I liked to imagine, because of any similarities between myself and David Beckham. No, it was just another example of how far modern-day India extends friendliness and warmth to its visitors.The result: smiles all round.

Relatives of ‘unruly tourists’ say family name has been ‘trashed’