Visit Victoria is excited by the news that United Airlines will be launching new service between Melbourne and San Francisco starting in late October 2019. Additionally, both Air Canada and QANTAS have recently increased lift from Vancouver and San Francisco direct to Melbourne. Now, more than ever before, the state tourism organization wants to continue showcasing to North American travelers that Melbourne truly is the gateway city in Australia.

Additionally, the fourth quarter of this year will see a number of major events in the city, including the annual Melbourne Cup Carnival in November as well as the prestigious Presidents Cup, which will attract some of the world’s most talented golfers when it returns to the Royal Melbourne Golf Club in December.

Since its inception in 1994, the Presidents Cup has become one of the most eagerly awaited and highly watched events in the world of golf. Top players from the United States are pitted against an International Team culled from the ranks of the finest golfers outside Europe.

With so many more reasons for North American travelers to visit Melbourne, it comes as no surprise that the city’s hotel development is also expanding, giving visitors even more reason to plan an upcoming visit. David Evans, Visit Victoria’s regional manager, the Americas, weighs in with the full story on why travel agents should being selling Melbourne trips to their clients today.

David Evans (DE): In recent years, Melbourne has risen to prominence as a must-visit destination for international visitors who are drawn to its sophisticated culinary scene, eclectic nightlife and colorful neighborhoods. We see ourselves as a very progressive, creative and cultural destination for visitors to experience.

The beauty of Melbourne is also in its proximity to incredible regional experiences such as world-class dining, rustic wineries and distilleries and epic road-trip adventures in regions like the Great Ocean Road. We are seeing some incredible new visitor experiences opening in 2019 in Wilson’s Promontory and The Grampians that showcase Victoria’s emblematic nature and wildlife. Phillip Island, home to our famous Little Penguins, has also just opened a brand new $58M Penguin Parade Visitor Centre on the 25th of July, greatly enhancing what was already a world-class experience.

Melbourne is also home to many major national and international sporting events including the Australian Open, Formula 1 Grand Prix, Melbourne Spring Racing Carnival and Melbourne Food and Wine Festival, to name a few.

As the home of Australian theater, Melbourne most recently celebrated the opening of Come from Away and an exclusive residency with Harry Potter and the Cursed Child. Moulin Rouge! The Musical was just announced to come to Melbourne in 2021, further cementing us as the arts and cultural capital of Australia.

Melbourne also boasts over 3,000 live music gigs a week. We have eclectic jazz bars, nightclubs, rooftop bars and speakeasies that showcase our incredible local and international talents on any given day of the week.

It is expected that Melbourne’s population will overtake Sydney by 2030 based on current growth rates, with 65 percent of that growth attributed to immigration. We’re seeing major economic and infrastructure upgrades to accommodate the growth, including the 2018 completion of a $350M expansion of our Convention Centre which is slated to host over 670 events across the next 6 years.

We’re also in the process of expanding the underground metro system, developing a new Melbourne Airport Rail system set for commencement in 2022 and exploring additional runways at Melbourne Airport to accommodate the current growth and projections for the future. 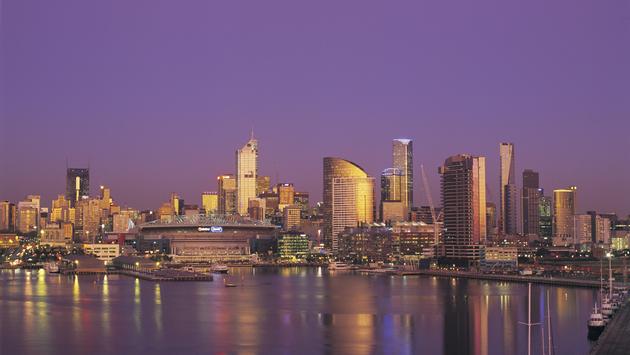 Melbourne is also home to over 50 percent of Australia’s top 20 tech companies and over 1,100 startups showing off our innovative and creative culture.

TP: What’s to come as far as new hotels in Melbourne?

DE: Here is the current pipeline, as we understand it:

—MGallery by Sofitel at Chadstone – on track for November opening

TP: How does the city’s official tourism organization work with international travel agents?

DE: Visit Victoria has an office in Los Angeles that manages North America and we can absolutely be contacted for anything that travel agents require. I’m most reachable at [email protected] We run Road Show events once every two years to various cities in North America. We recently concluded a Roadshow in March that traveled to Los Angeles, San Jose, Seattle, Chicago, New York and Toronto, but we’re adding additional stops for our 2020 plans.

Visit Victoria has also partnered with Tourism Australia to host the Australian Tourism Exchange in Melbourne from May 10-14, 2020. The event will welcome more than 2,000 delegates from over 30 countries to Melbourne.

The collection of Australian State and Territory Tourism Offices (STO’s) also runs an event called Australia Marketplace which brings over 100 suppliers from all over Australia to meet with over 100 buyers from North America including travel wholesalers, tour operators, retail travel agents and of course our Premier Aussie Specialist Agents. This year’s Australian Marketplace will take place from August 26 to 29, 2019.

Visit Victoria, alongside all the other STO’s, invests into the Aussie Specialist Program. We have our own module for those who complete the initial certification and we run regular webinars featuring our product in Victoria. We also have a quarterly trade newsletter for our industry.

JNTOs biggest ever Japan Roadshow held in Sydney and Brisbane ·