The latest hotel booking data from STR (Smith Travel Research) reveals that, for the first time in the many weeks since the COVID-19 pandemic took hold, U.S. hotel operators sold over ten million room-nights during the week that ended May 9, 2020.

STR’s Senior Vice President of Lodging Insights, Jan Freitag, told Hotel News Now that these numbers demonstrate an uptick of more than three million room-nights over the week of April 11. While recovery indications may be coming slowly, Freitag says that this is a good one.

U.S. hotel occupancy rose to 30.1 percent for the weekend of May 9, representing what he called a “very healthy” increase in weekend occupancies for the second week in a row.

Freitag pointed to Daytona Beach and the Florida Panhandle region, with access to beaches, as the submarkets having the widest point difference weekend weekday and weekend occupancy rates in the U.S.

Revenue per available room (RevPAR) at hotels in resort destinations was still down by 82.4 percent, as compared with the same week in 2019. “Certainly, this is not yet a time for vacation destinations,” said Freitag.

For the week in question, total U.S. RevPAR rates had fallen 74.4 percent year-over-year, which, while still a staggering loss, he said qualifies as “less bad” than we’ve seen in previous weeks. 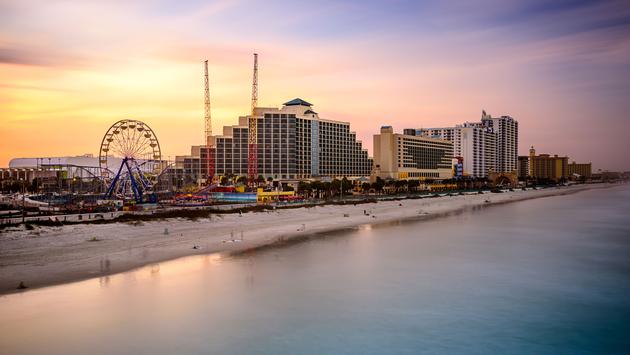 Among chain scale markets, those on the upper end aren’t seeing quite the same level of rebound as those on the lower end. Freitag said that STR is seeing, “very dire RevPAR percent changes in the minus-88 percent range,” among more high-end hotels.

By contrast, lower-end and economy hotels experienced a 45-percent RevPAR decline, while midscale occupancy registered 60-percent diminished RevPAR rates for the week., Freitag noted that these are indications of improvement, albeit modest ones, with room demand strengthening slightly among lower-priced properties.

“Putting it in a different way, the occupancy for the week ending 9 May for luxury hotels was under seventeen percent, but for economy hotels was over 40 percent,” he said. “We fully expect this pattern to continue.”

Other promising signs can be seen among numbers for the top 25 U.S. markets, all of which reported double-digit occupancy over the period.

Freitag observed that New York City occupancy levels are now, “firmly in the 40-percent range,” while most of the top 25 markets recorded occupancies of between 20 and 30 percent.

In comparison to Chinese recovery, which has been observed earlier than in the rest of the world,

The data demonstrated a trend that’s very similar to what was seen in Florida during the May 9 weekend, observed STR. There also came a sharp uptick in hotel demand over China’s May Day (May 1) holiday weekend—something which Freitag foresees potentially happening in the U.S. over the Fourth of July weekend.

Overall, although such gradual recovery signs aren’t exactly awe-inspiring, Freitag feels that they offer adequate reasons for optimism. “There are some green shoots; there’s some positive news to see in the global data and in the U.S. data,” he said.

It's The Ghan birthday sale ·