Confronting a protracted labor shortage, hoteliers have struggled to maintain standard operations, much less meet new demands that the pandemic has produced.

So, when the AC Hotel Sunnyvale Moffett Park opened in California’s Silicon Valley on Feb. 11, general manager Mike Lerman had a solution in place: a robot on staff to help ease the load. 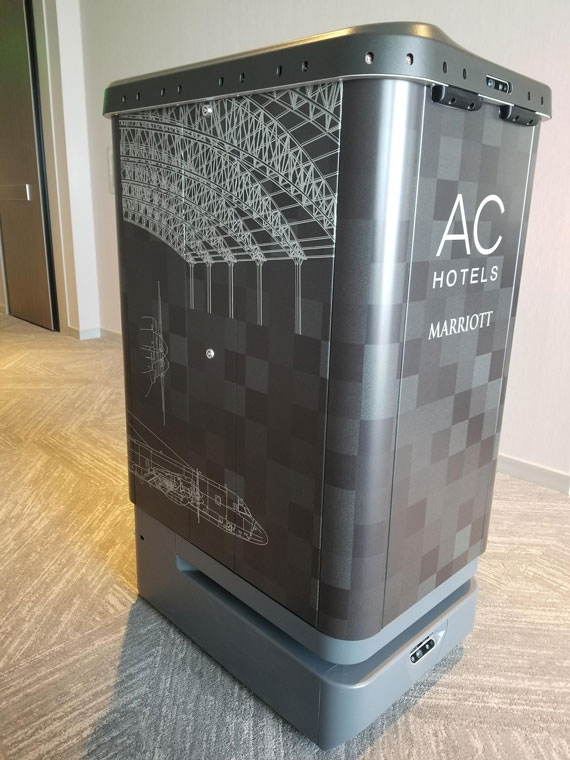 Lerman has tasked the Aethon robot with bringing towels, toiletries and a variety of other items to guests. The robot can also carry deliveries from Uber Eats, DoorDash and other food delivery services, a need that has exploded during the pandemic. It is equipped with four compartments, enabling it to make multiple deliveries in one run.

“We can’t let the delivery people roam the hotel, so either we run it up or we call the guest to come get it, but that all takes some time from staff,” he said.

Lerman said his decision to lease the robot wasn’t about replacing humans with machines. He also sped up his hiring process and increased referral bonuses.

“This is not about replacing staff members,” he said. “It’s about being more efficient with our labor resources and keeping people in their posts and guest-facing.”

Like Lerman, hoteliers across the country have been adjusting hiring practices and exploring outside-the-box ideas as the industry continues to welcome back guests much faster than it can bring back workers.

An October survey from the American Hotel and Lodging Association (AHLA) found 94% of hotels were understaffed and 47% said they were “severely understaffed.”

For the first time in its history, the AHLA Foundation is sponsoring a nationwide advertising campaign, titled “A Place to Stay,” to boost hospitality hiring. It also launched a website, TheHotelIndustry.com, with a searchable jobs database. The multiyear endeavor is launching in English and Spanish in Dallas, Denver, Miami, Phoenix and Columbus, Ohio, and expanding to markets across the country throughout 2022.

At the Americas Lodging Investment Summit in Los Angeles at the end of January, labor was a frequent topic of discussion. A panel discussion was dedicated to “Reworking the Work Equation.”

Terrapin Hospitality CEO Tony Sherman said he recently bumped the advertised pay for an assistant manager position from $55,000 to $70,000 because no one was showing up to interview. The company also has been using a text-based service for surveying employees to help identify issues early and keep workers on board.

With competition high, hotel executives and managers say moving quickly has become essential. Pre-pandemic, they could spend a week or two making a decision, but now hotel managers will not let a qualified applicant leave the property without an offer.

“It’s absolutely different,” Crestline Hotels and Resorts CEO James Carroll said of the hiring pace. “That’s an area where I think you do have to have technology if you want to compete because you have to make applying for a job easier and faster.”

“We’ve been doing things to look at how we design jobs and the operations of the hotels and lessen the burden on the staff,” Flores said. “It’s a bit out of necessity as we ramp up to our scale, but it also serves us well in this new climate to think about how can we utilize our talent in the way that’s most impactful for the business and most rewarding for them, as well.” 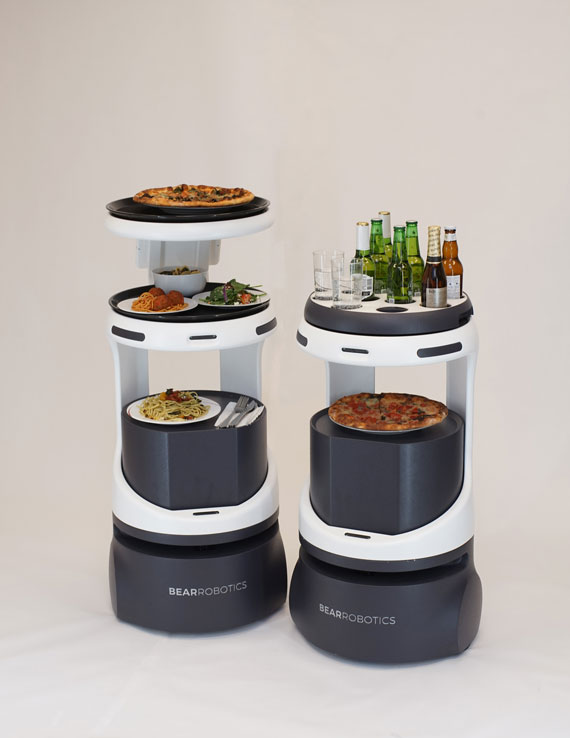 Like Lerman in California, Mychal Milian also has deployed his first robot worker as part of an exhaustive approach to hiring. Milian is general manager of the Marriott Fort Lauderdale Airport, which celebrated its grand opening last September.

Milian has bumped wages, set up tables at job fairs, reached out to hospitality programs at local universities and high schools, and collaborated with South Florida organizations that place special-needs workers.

“We’ve had to get creative, and we still have open positions,” said Milian.

Hiring slowed during the holidays. So when Milian sat down at a Miami restaurant and saw a robot delivering drinks and taking dishes back to the kitchen, he moved quickly to call the company and set up a demonstration. In January, “Betty Bot” started helping staff bus tables at the hotel restaurant, Radiant 166. The hotel leases the robot from Bear Robotics, and the annual cost is roughly half of that of an hourly worker, Milian said.

“It’s been great. The customers love it,” he said. “The kids think it’s the coolest thing, and servers don’t have to go back to the kitchen as much and can maximize time with guests.”

Now, Milian is looking into robots that can vacuum hallways and sanitize spaces.

Could banning sunscreen to help save coral do more harm than good?

You can visit any national park for free on Sept. 28

A Brand New View of New York City, From 100 Floors Up, Is Opening Soon