Home » Where to stay » 10 of the best hotels in Copenhagen

Copenhagen is a city that delivers style in spades – effortlessly cool, with slick design everywhere you look. And as Scandimania has taken hold around the world over the past few years, there’s been a steady stream of new tourists landing in the Danish capital.

The increase in visitors has prompted a surge in new hotels, but Copenhagen can still be an expensive city, and choosing the right hotel is vital. So let me help. I grew up here, and still visit several times a year, spending my adult life testing the hotels. Here’s my pick of those which hit the right balance between style, price and comfort. 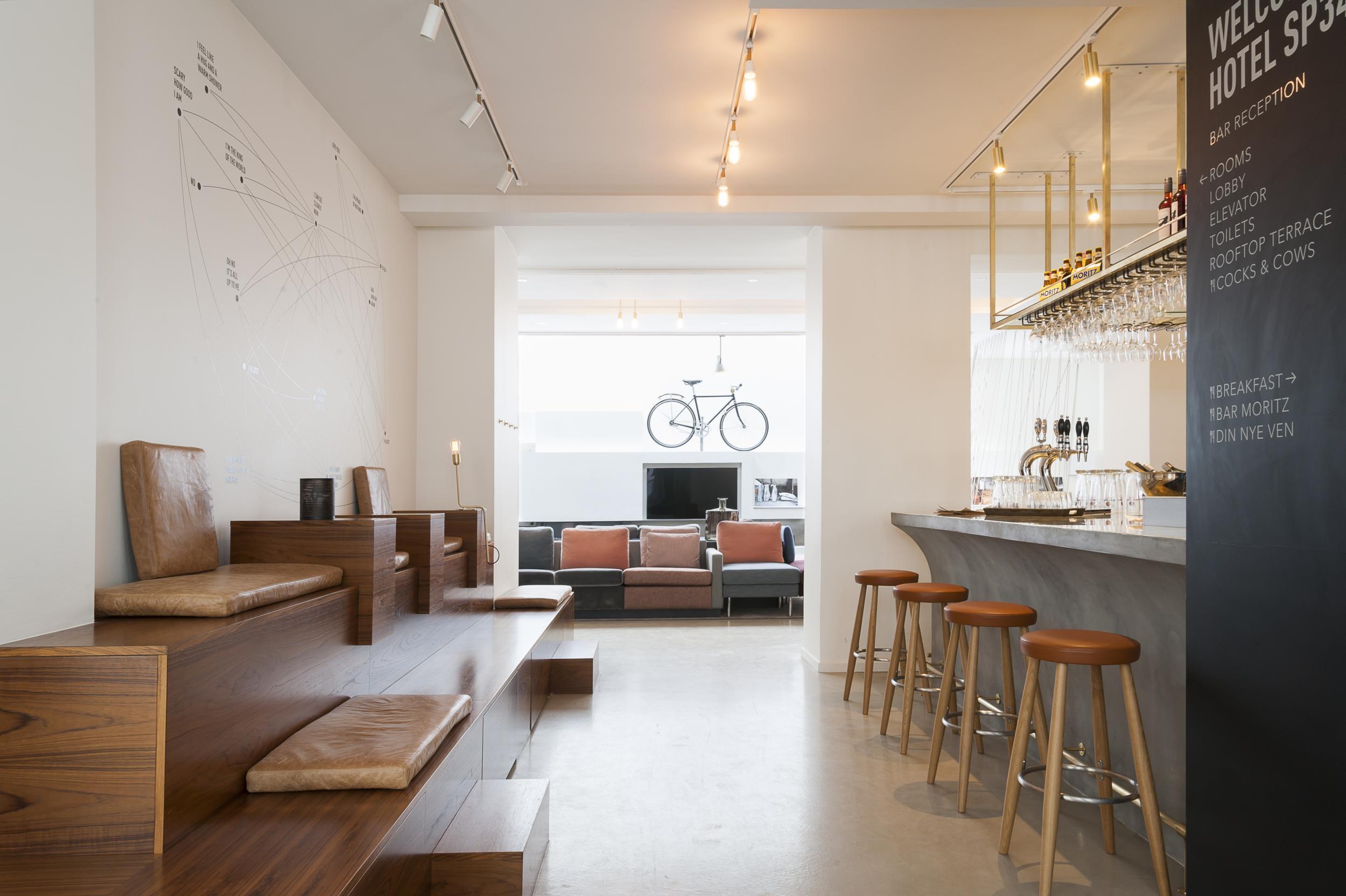 In the Latin quarter, a short walk from Stroeget (Europe’s longest pedestrianised shopping street), Hotel SP34 is located in a series of converted townhouses. A sharp sense of style and a roof terrace for sunny days make it a popular choice. The hotel has rooms to suit all budgets, from the small single to the lush penthouse, which comes with a free bar and private roof terrace. Regardless of size, however, they all have the same clean Nordic design and functionality – plus upmarket REN toiletries.

The well-stocked bar claims to have the largest selection of port wine in Denmark and serves an organic lager, brewed especially for the hotel. Best of all? The daily wine hour, between 5pm and 6pm.

Best for urban cool: The Andersen 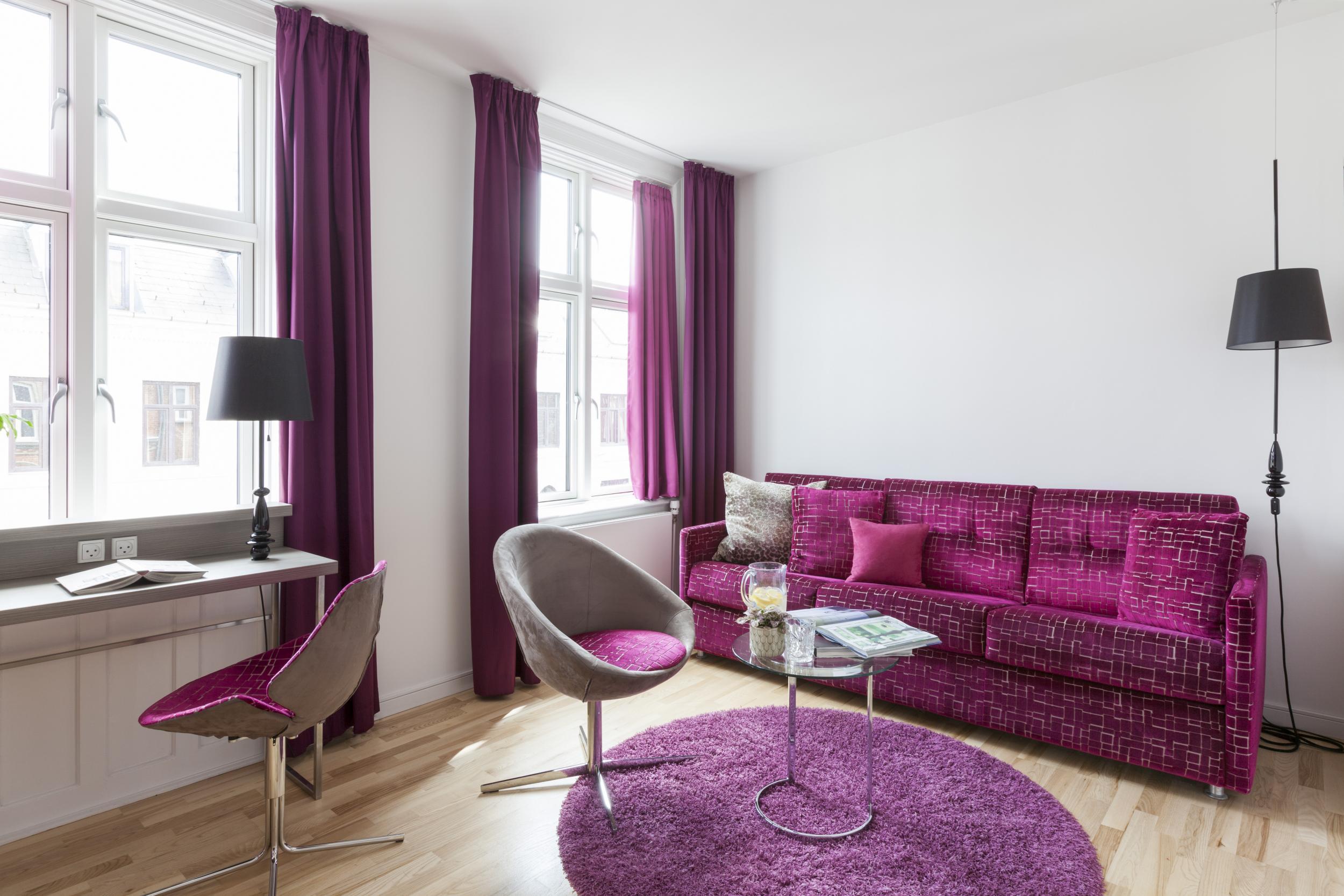 Book direct with The Andersen, and instead of a set check-in and check-out time, you’ll get your room for a straight 24 hours. That’s not the only forward-thinking thing about this hotel, which has

gone all out on the design elements. Each of the 69 rooms is decorated in a different style, and all feature wallpaper and curtains by the Designers Guild brand. There are three classes of rooms, from “Cool” to “Amazing”. Rooms have fittings by Philippe Starck and amenities from Molton Brown. There’s no restaurant, but there’s an honesty bar and a daily wine hour from 5pm to 6pm. 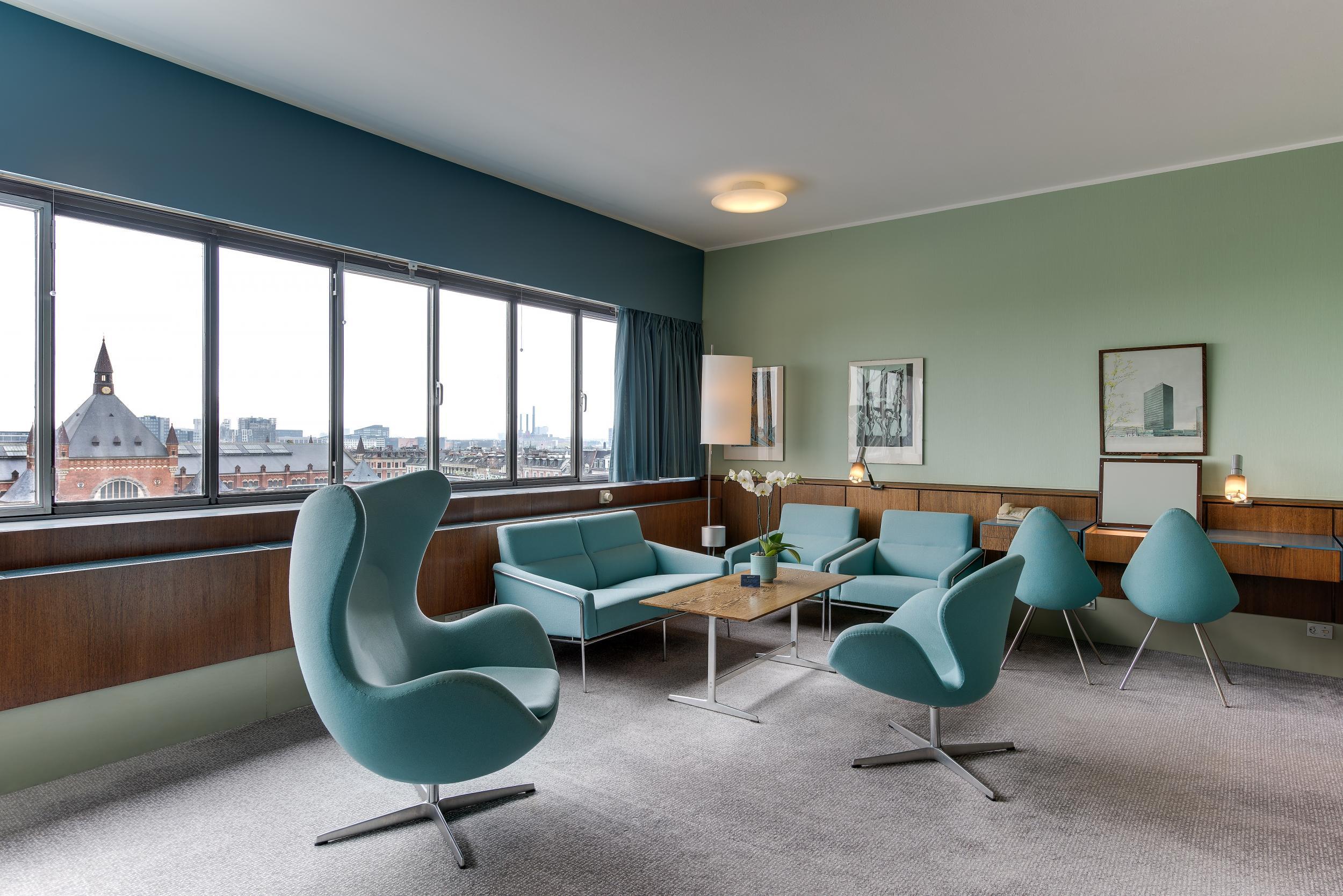 Legendary Danish designer Arne Jacobsen, famous for his swan and egg chairs, did the interiors of this iconic hotel in central Copenhagen. It was the city’s first skyscraper when it was built in 1960 for staff of Scandinavian Airlines (now SAS), and is currently undergoing renovations to update the building while maintaining its iconic design. Room 606, a showcase of Jacobsen’s work, has been kept exactly as he designed it with 1960s decor; a grey-blue colour scheme, plenty of wood panels and minimal decoration. Unsurprisingly, it’s one of the most photographed hotel rooms in the world.

Doubles from DKK 1295 (£153), room only
radissonblu.com/en/royalhotel-copenhagen 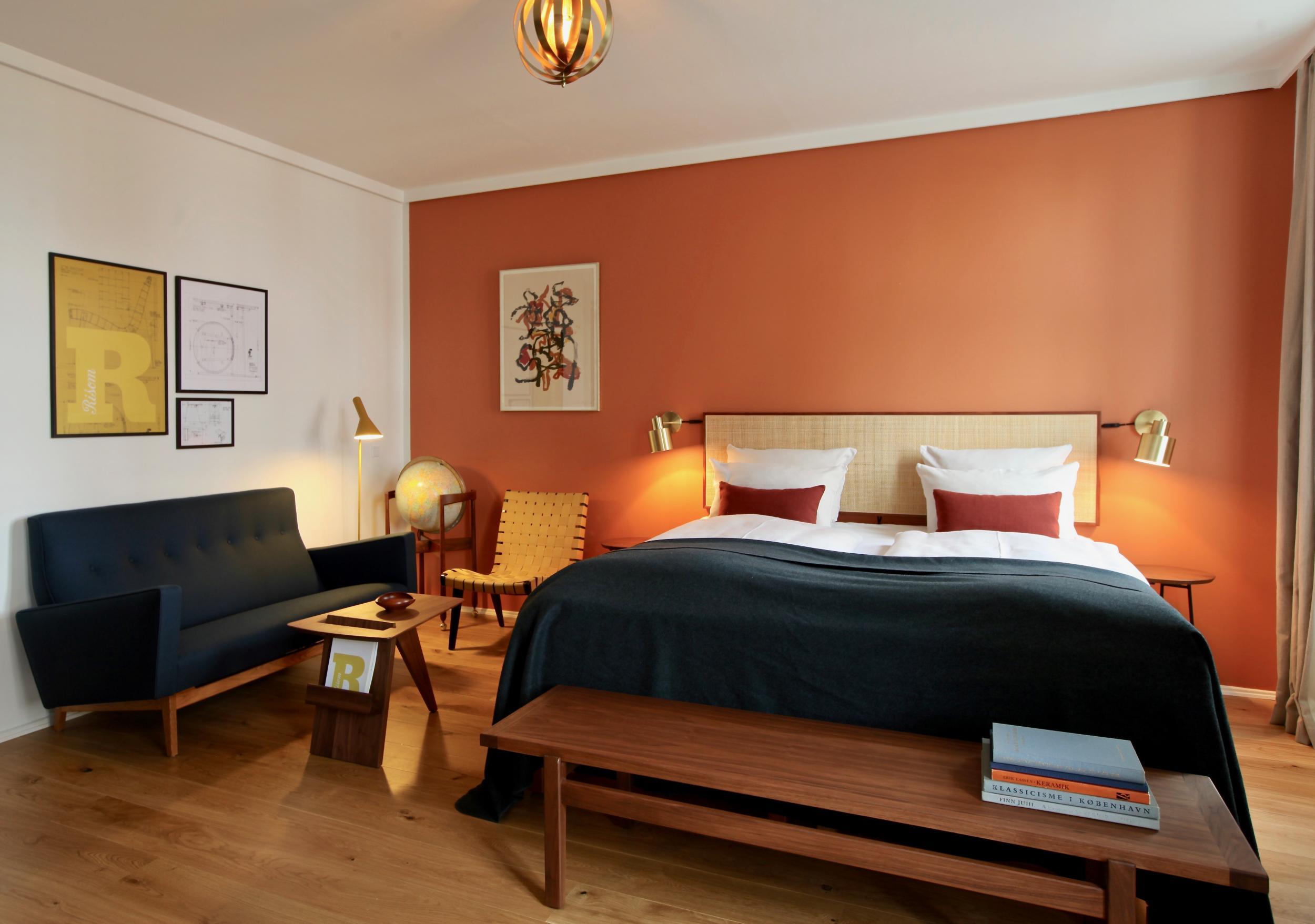 The team behind the Alexandra has spent years collecting Danish mid-century vintage design furniture – staying here might feel like you are staying in the home of a trendy local in the 1950s or 1960s. Pieces by iconic designers such as Kaare Klint and Ole Wancher are matched with textiles and decorations reminiscent of the mid-century period to complete the experience. 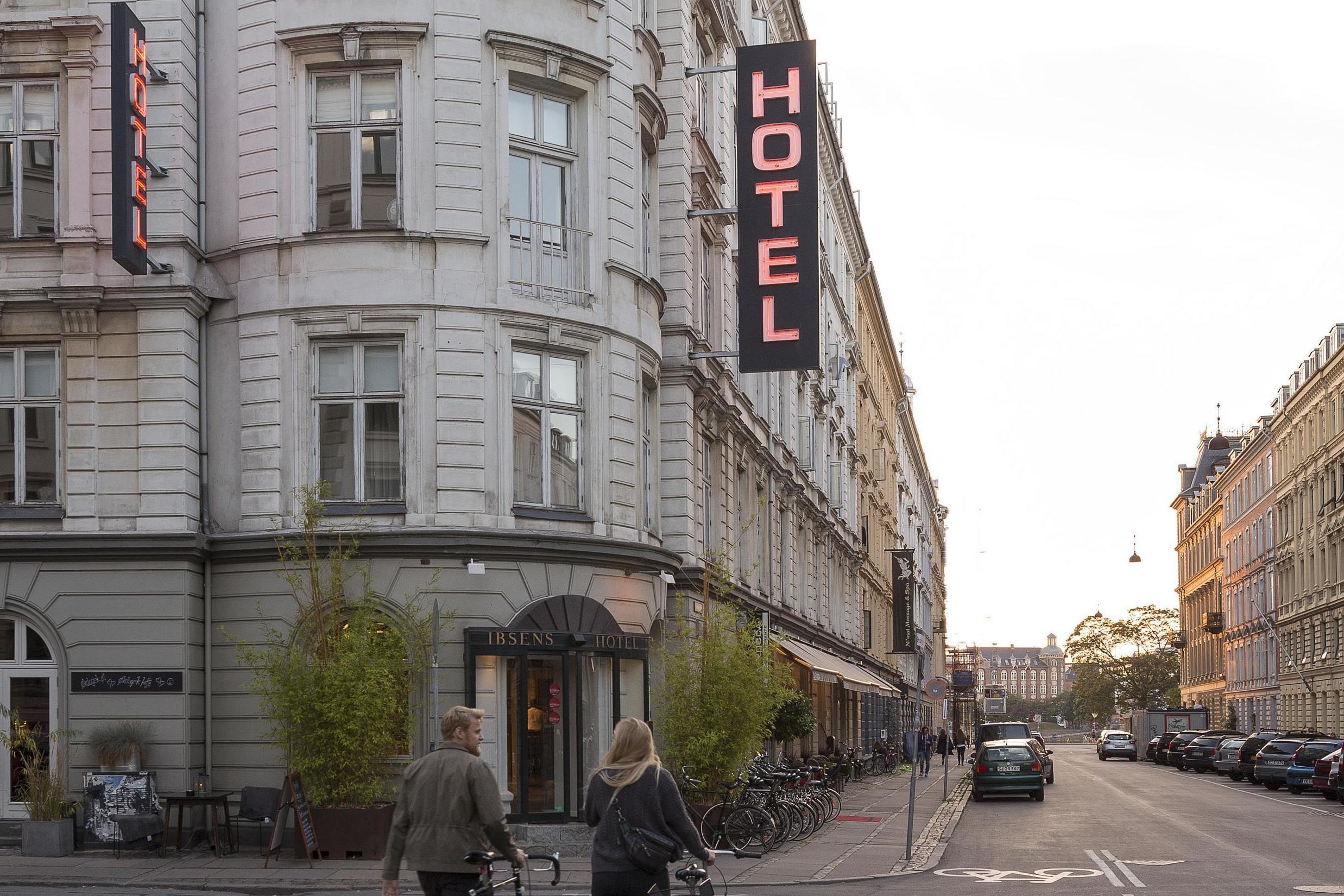 Location, location, location. Minutes from Nøerreport station, the botanical gardens one side, the inner city on the other, Ibsens is set in a 19th century building that was rebuilt in 2011. The emphasis here is on feeling at home: a fireplace welcomes guests in the lobby and rooms are decorated to feel cosy but functional with minimal clutter. Ibsens champions the arts community: the hotel is decorated with arts and craft from local artists. There are also bikes for rent.

Doubles from DKK650 (£77), room only
arthurhotels.dk/ibsens-hotel

Best for budget: The Savoy 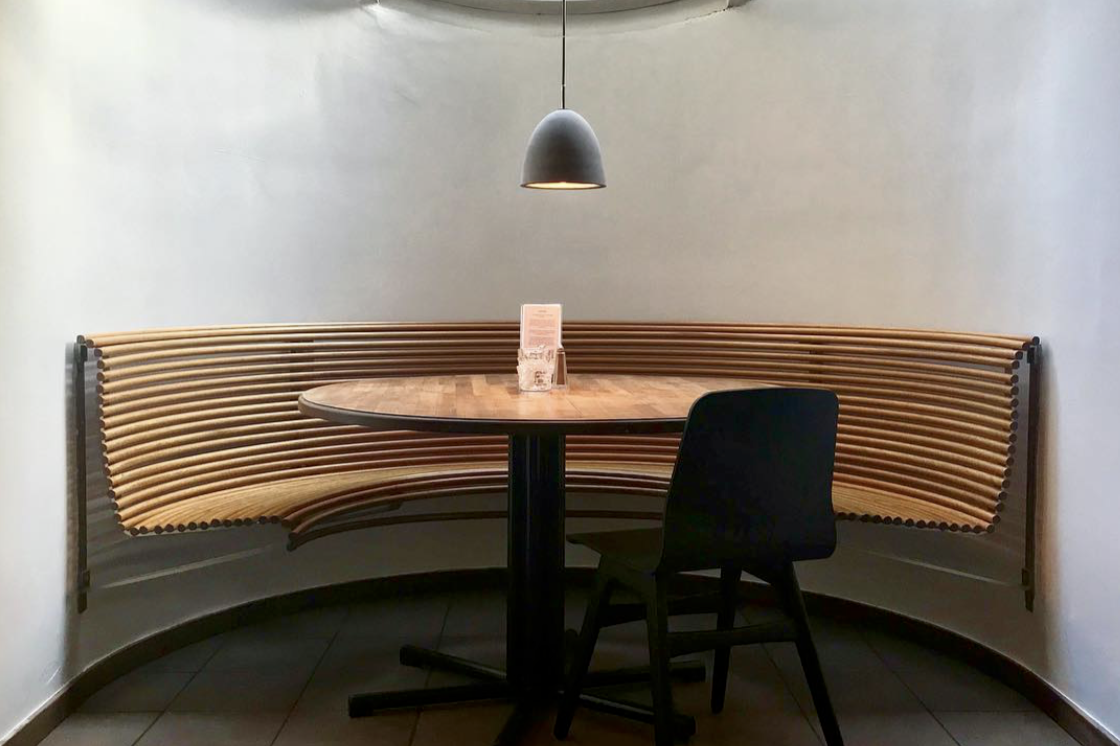 Renovated in recent years, this family-owned hotel is a good option for travellers who need to mind their budget but still want a central location. The 66 rooms here come in eight configurations to suit all price levels, and are simply (but pleasantly) styled with wooden headboards and feature wallpaper behind the beds. Comfort and functionality are the focus here; all rooms have views to a small patio. 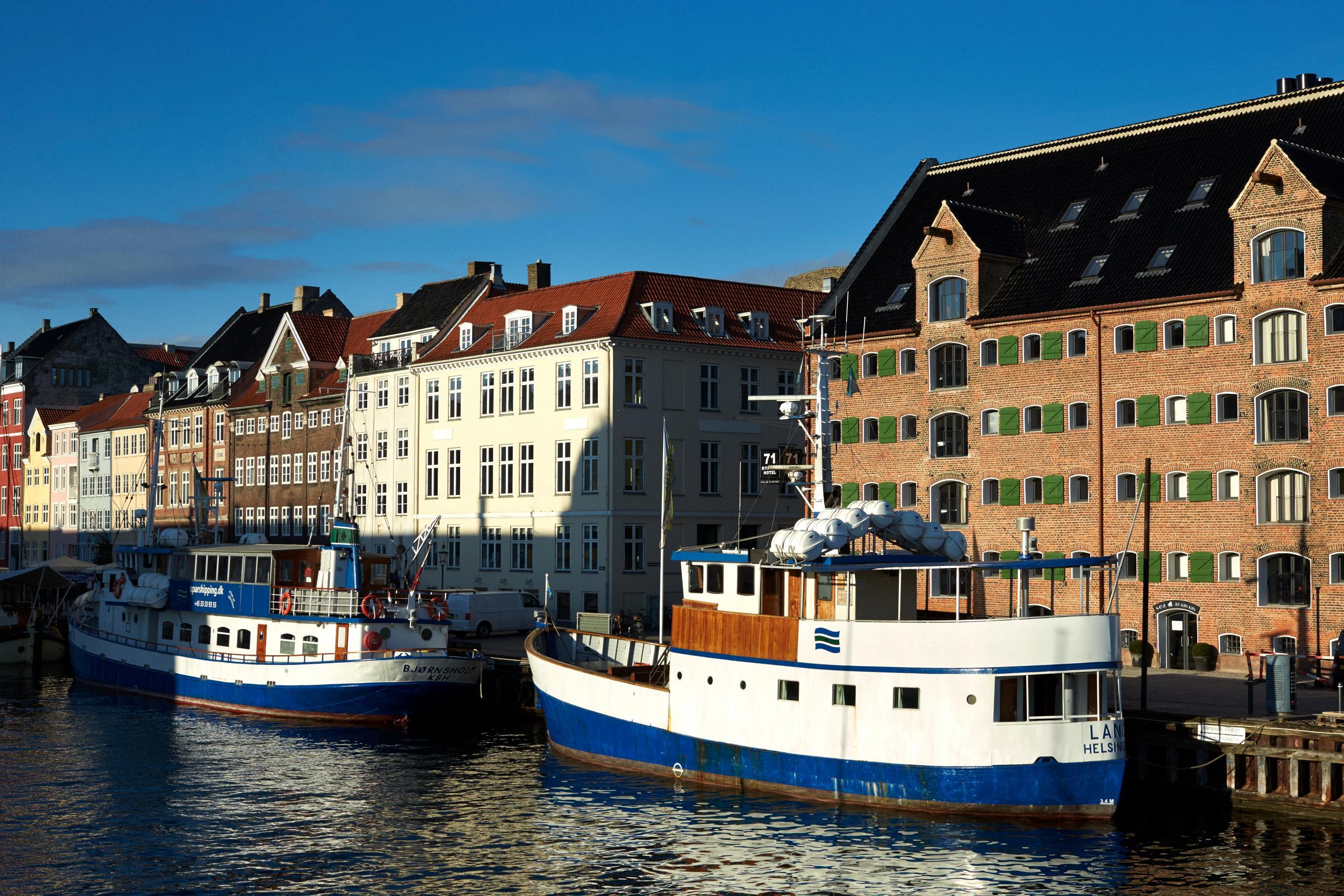 Set in two former warehouses – one red and one yellow – on the edge of Copenhagen harbour, many of the rooms at 71 Nyhavn come with beautiful waterside views of the city. The 19th-century buildings have been carefully renovated, with 130 rooms retaining the warehouse feel with features like exposed wood beams and large windows. New to the hotel is the restaurant SEA by Kiin Kiin, a spin-off of the Michelin-starred Kiin Kiin. 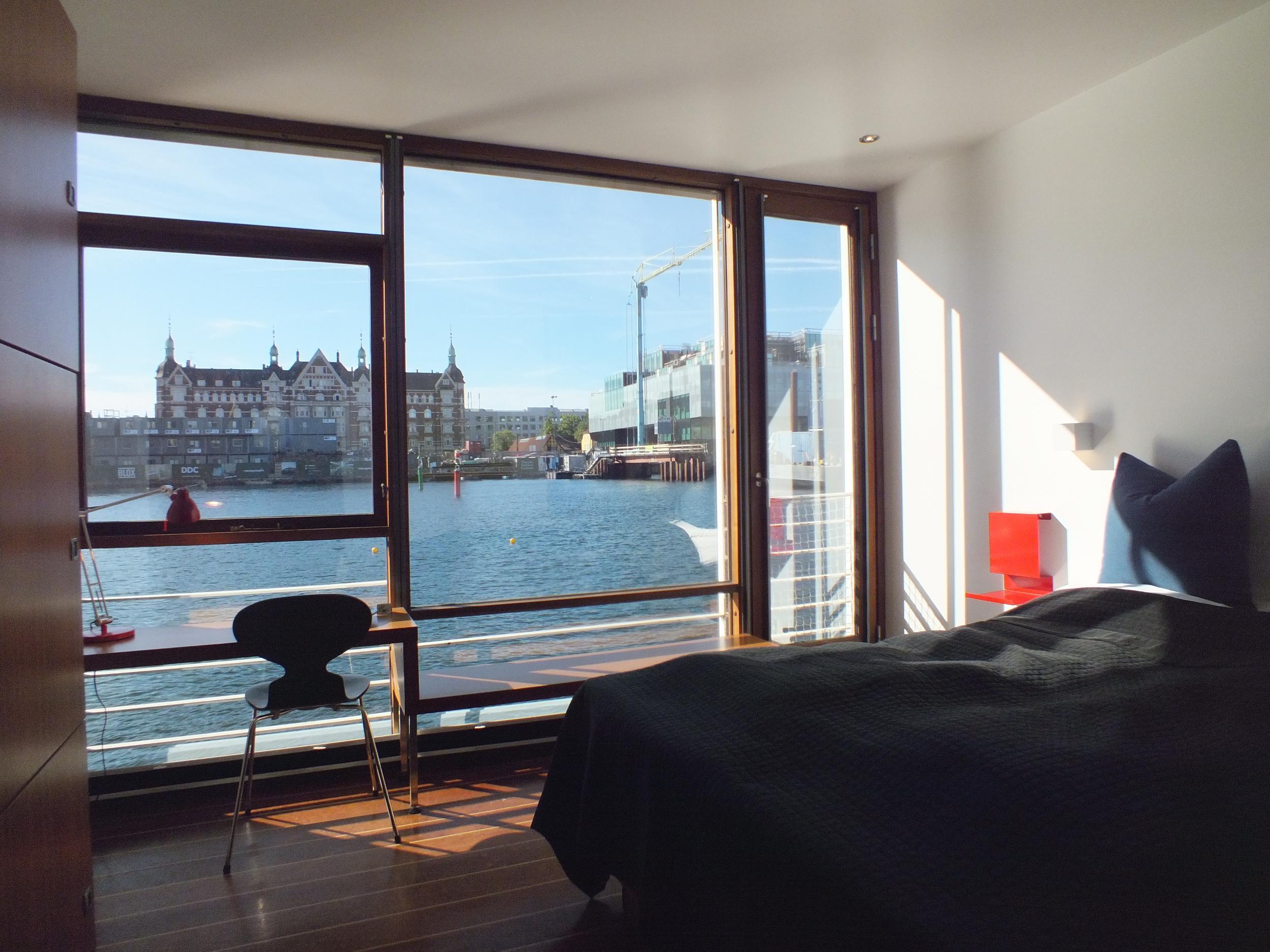 Here’s something different: a barge-turned-12-room-hotel docked in the middle of Copenhagen, in Christianshavn. Rooms represent the best of clean Danish design, with uncluttered water views through the full-length windows. A glass panel separating the bathroom and the bedroom allows you to shower with a view. The large rooftop terrace is perfect for those sunny days. 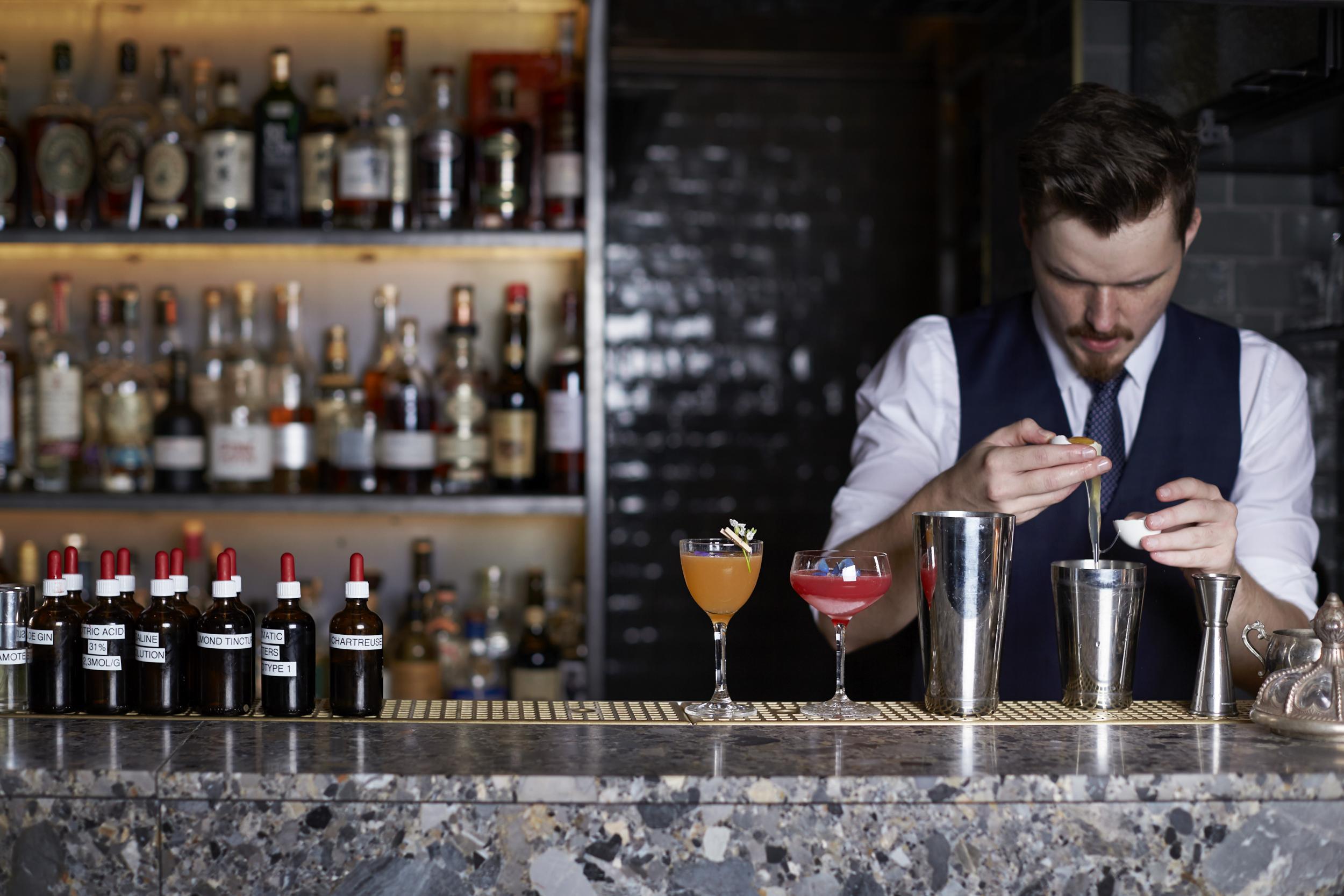 Guests no longer have to utter the password “Neptune” to get a room here – Skt Annae’s past as an illegal hotel for smugglers and small-time criminals (the 17th-century building has been a hotel since 1851) is long gone. A painstaking renovation in 2016 brought rooms and communal areas up to date – it also added 99 new rooms. Expect muted shades of grey and blue and functional comfort, with added extras like White Company toiletries. Format, the restaurant, is one of the city’s best. 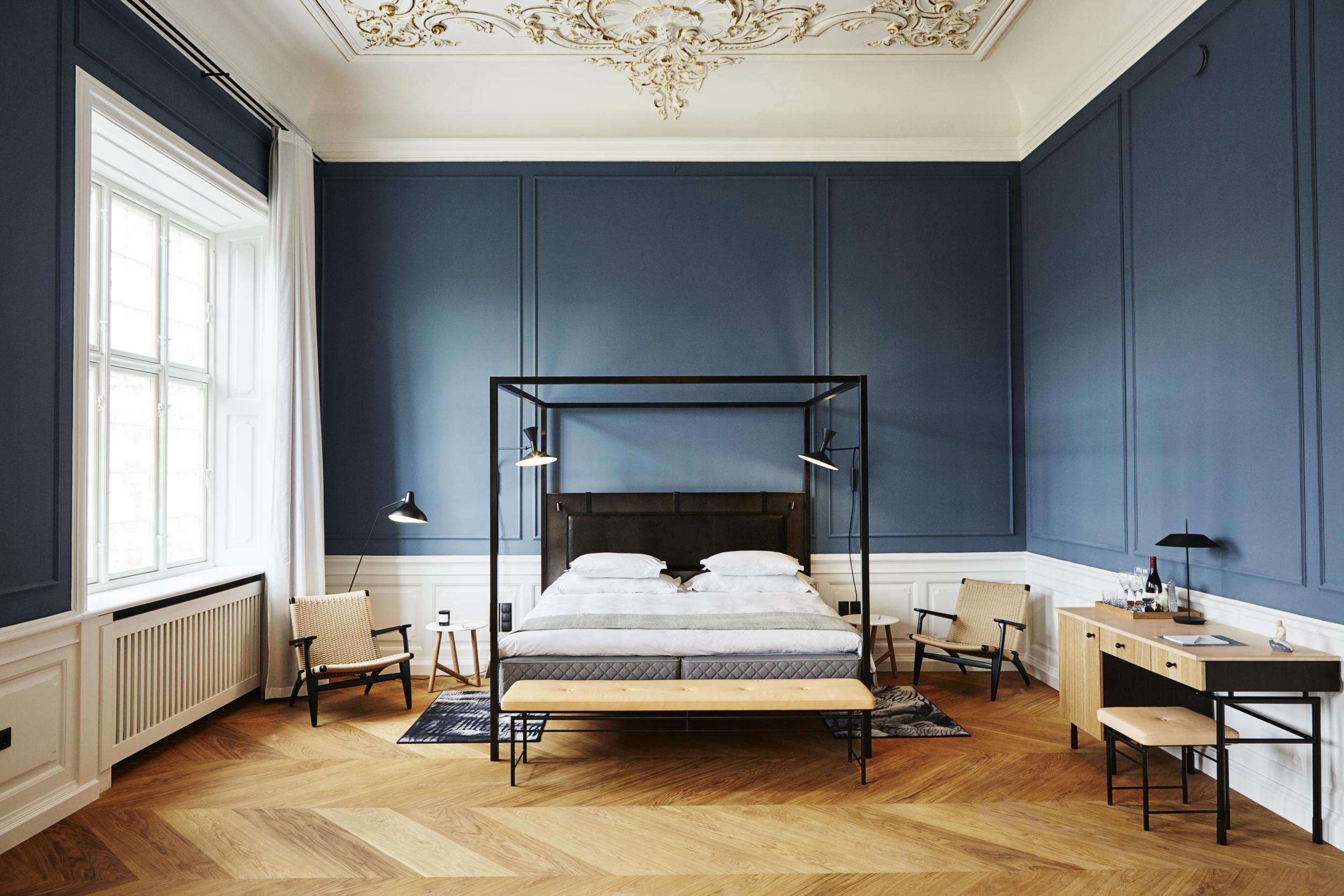 The hotly anticipated five-star Nobis Hotel opened in 2017 and is a former music conservatoire, with its 77 rooms offering all-out luxury in the city centre. In a prime location next to Tivoli Gardens, the building has retained many period features like the grand, main marble staircase. Most of the rooms have high ceilings, so even the smallest ones feel spacious and airy. Expect minimalist lighting, leather furniture and light wood flooring. The fitness centre has a 24-hour sauna and hammam.

Love planes? Then Toulouse is the ultimate flight of fancy