A flight was delayed yesterday after a woman tried to stop the plane from leaving the airport. But the reason for her wanting the aircraft today is certainly novel. The female passenger allegedly wanted the Spring Airlines flight to wait because her accompanying traveller – believed to be her daughter – was still shopping in the airport. The flight with the Chinese budget carrier from Bangkok, Thailand to Shanghai, China was delayed by half an hour as a result.

Flights: Plane delayed when woman tries to stop it from leaving because her daughter is shopping

The woman is said to have become “emotional” and tried to prevent cabin crew from closing the door.

A viral video of the incident is sweeping the internet after gaining traction in China.

Footage – believed to be taken by another traveller on the flight – captured the commotion on board.

It shows aggrieved passengers arguing with the flight attendants while the woman responsible for the brouhaha sits on the floor outside the plane.

Clips of the episode were trending on Chinese short-video platform Douyin yesterday.

A spokesperson told MailOnline that the woman was “emotional” as she tried to prevent the cabin manager from shutting the aircraft door. 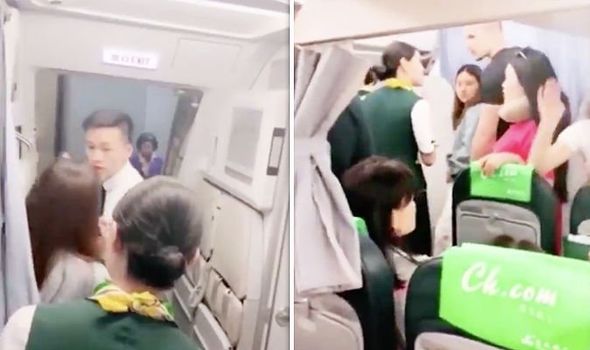 She claimed that her daughter had called the airport police to demand the flight wait as she had two pieces of checked luggage on board.

The Spring Airlines flight went on to take off without both passengers, landing in Shanghai Pudong International Airport at 9.14am, more than one hour behind schedule.

Express.co.uk has contacted the Chinese airline for further comment.

Tourists who are classed as “uncivilised” by the China National Tourism Administration could be branded with a “bad behaviour record” for up to ten years.

This is likely to restrict any future travel and could hard credit record. 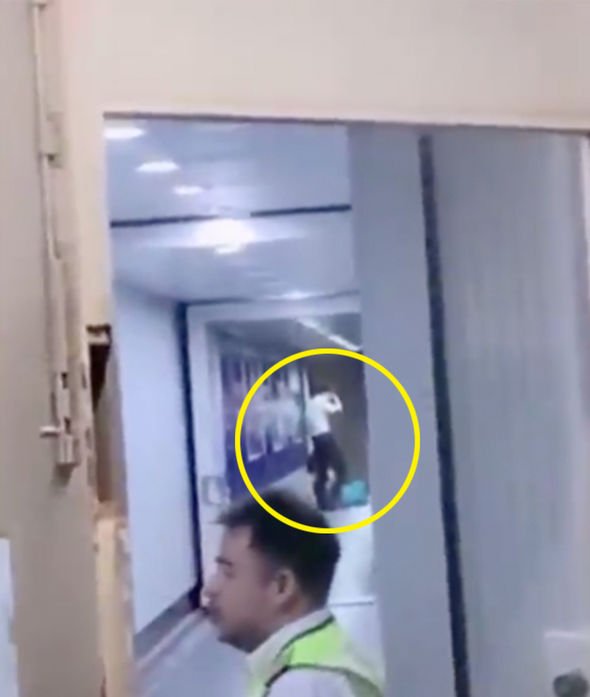 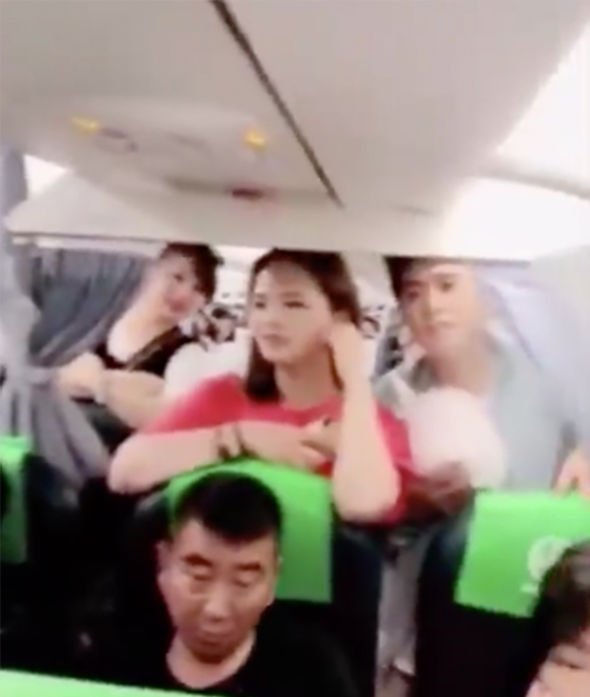 Last month it emerged a female passenger on a Spirit Airlines flight from Orlando to Newark, USA showed a bizarre, foul-mouthed display before the plane took off.

The individual, who wore her hair in a ponytail and a denim jacket, was a passenger on a budget firm Spirit Airlines flight from Orlando to Newark.

She was filmed waving her phone around when she walked down the plane aisle and appeared to become increasingly angry as she was asked to turn it off.

Following a foul-mouthed outburst at other travellers, she flashed her bottom in an unsightly twerk.

The woman was soon escorted off the plane by the cabin crew, which prompted a wave of cheers.

Holiday nightmare: Britons not allowed to board plane to Ibiza after NHS app goes down

Manchester, York and Birmingham named as some of the UK’s best Christmas markets

What airline passengers should know about COVID-19 testing