The viral video, posted by Instagram account @PassengerShaming, shows a woman tending to the toenails of a man sat opposite her. The man, who appears rather relaxed with the bizarre situation, sits back with one leg up on the female’s knee. His fellow passenger, however, seems hard at work as she leans over his exposed foot armed with a pair of nail clippers. The footage, uploaded to the social media platform on Monday, has already clocked up 66,131 views and has sent viewers into a frenzy. 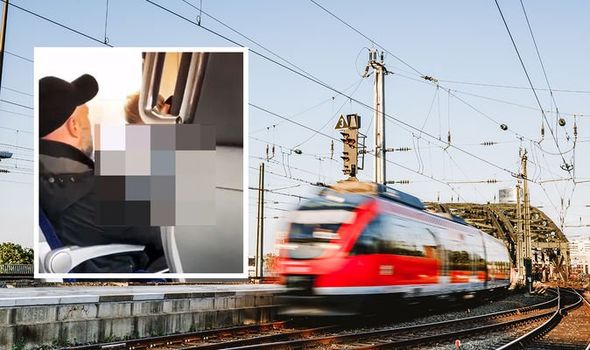 One reeling user commented:”I’m gonna throw up”, with others deeming the act “gross” and “disgusting”.

However, there were some who saw humour in the situation, with one viewer joking: “Must be first class!“

This isn’t the first time exposed toes have caused a stir on public transport.

Recently a man ruffled some feathers on a flight when he decided to rest his bare foot on the tray table while picking grime from his toenails.

One person commented: “I am legitimately curious as to how you raise people who think that this behaviour is acceptable?” 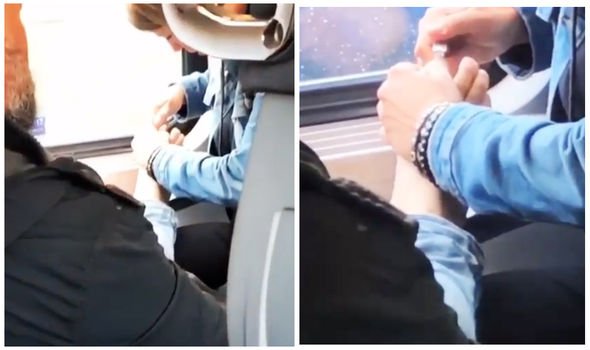 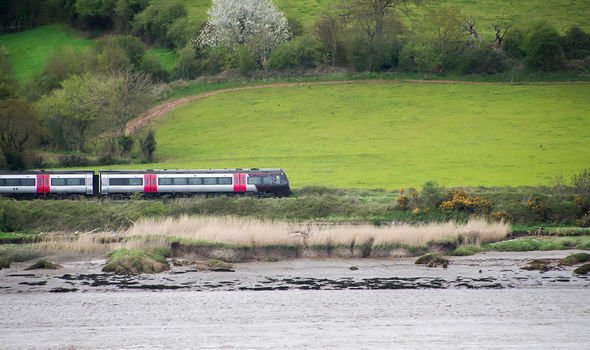 With passengers engaging in this kind of behaviour while travelling, it’s no surprise that the tray table is deemed the second grubbiest area on board a plane.

A study by Insurancequotes.com showed a tray table had 11.595 germ colony-forming units.

Meanwhile, one savvy flyer recently revealed that some plane seats are dirtier than others.

The woman, travelling on board an Air Canada flight, posted a video showing how she used an alcohol-based sanitation wipe to uncover just how filthy some seats are.

Wiping the headrests of a full row of seats, she discovered that the seat closest to the plane window is the dirtiest of the bunch.

It has been suggested that this is down to negligence, with the aisle seat being the easiest to access for cleaning.