Home » Travel » To Russia with love: This Saga cruise is a voyage of discovery

To Russia with love: Starting in Dover and ending in St Petersburg, this Saga cruise is a cultural voyage of discovery like no other

An elderly gentleman is about to step on to the ship’s gangway after returning from an excursion to St Petersburg’s Hermitage Museum. He misses his footing and crashes to the ground bashing his head slightly and tearing his corduroy trousers.

I happen to be the first on the scene. The man looks shaken, his wife aghast. As I endeavour to pick him up, he barks: ‘I only fell over for heaven’s sake.’

Ah, that’s the spirit — and entirely in keeping with Saga’s ‘Keep Doing’ slogan, which served the company well in the past few years across the worlds of holidays, insurance and publishing. 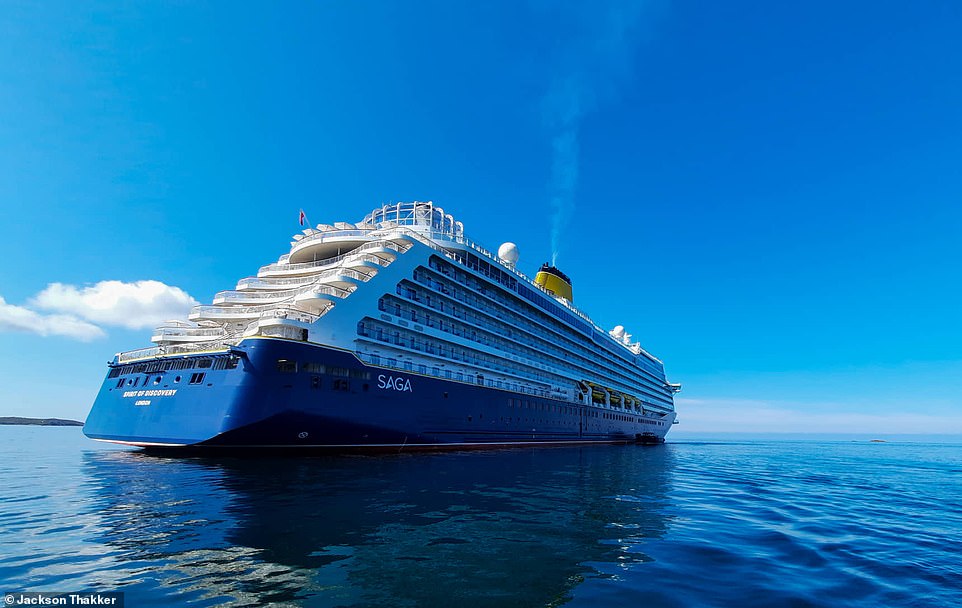 The first of Saga’s new ships, the Spirit of Discovery, pictured, was launched two years ago by the Duchess of Cornwall 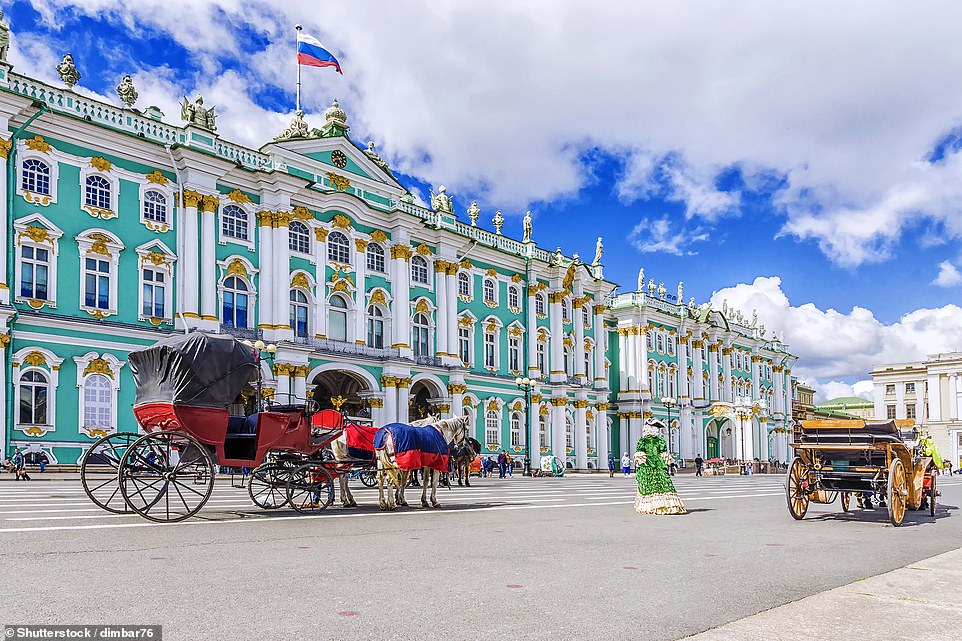 Gilt-edged beauty: Palace Square in St Petersburg. The city is one of the stops on Saga Cruises’ ‘Myths and Legends of the Baltic’ tour 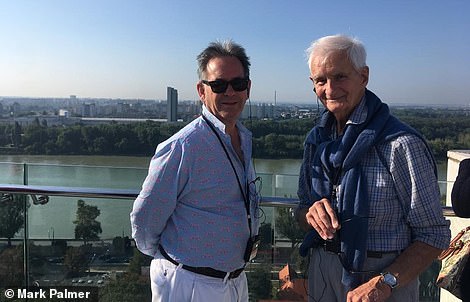 On board: Mark Palmer with father-in-law Noel, who accompanies him on the cruise

But when it comes to its two new ships — the first, Spirit of Discovery, was launched two years ago by the Duchess of Cornwall, the second, Spirit of Adventure, launched earlier this year — ‘Keep Doing’ has been thrown overboard in favour of ‘Experience is Everything’ and an emphasis on ‘Boutique Cruising’.

Which might seem a contradiction in terms here on Discovery when you have ten decks, 999 passengers, five restaurants, a library housing 3,500 books, an all-singing, all-dancing theatre and a fully fledged spa.

‘I’ve sailed with a number of cruise companies but this is the best so far,’ says a retired auctioneer from Suffolk as we attack the cheese station one lunchtime. ‘You feel as if you’re staying more in a plush hotel than on a big ship.’

His experience is exactly what Saga’s marketing department is looking to convey. There may be 554 cabins (the phrase ‘state room’ has sunk without trace, thank goodness), but their leather headboards, inspired artwork, sumptuous bed linen and balconies as standard wave the boutique flag.

There are some clever design touches, too, such as kinks in the corridors so you don’t just see a whole host of cabins stretching into the distance.

And in addition to the free-seating Grand Dining Room and The Grill near the trendy art-deco lido, there are three ‘speciality restaurants’ which cost no extra to book.

What defines Saga in an increasingly crowded market is that all its cruises leave from the UK (although some involve a ferry transfer) and if you live 250 miles from the departure port, a chauffeur will take care of the transfers. This is ideal if, like me, you’re travelling with a 90-year-old — in this case, Noel, my sprightly father-in-law.

Our cruise is called ‘Myths and Legends of the Baltic’, which starts in that distinctively un-Baltic like town of Dover and then heads for Gothenburg, Stockholm, Helsinki, St Petersburg, Tallinn (Estonia), Kalundborg and Aalborg (both Denmark) before arriving back on the South Coast.

It’s all-inclusive but you pay for spirits and excursions. And you do not tip. 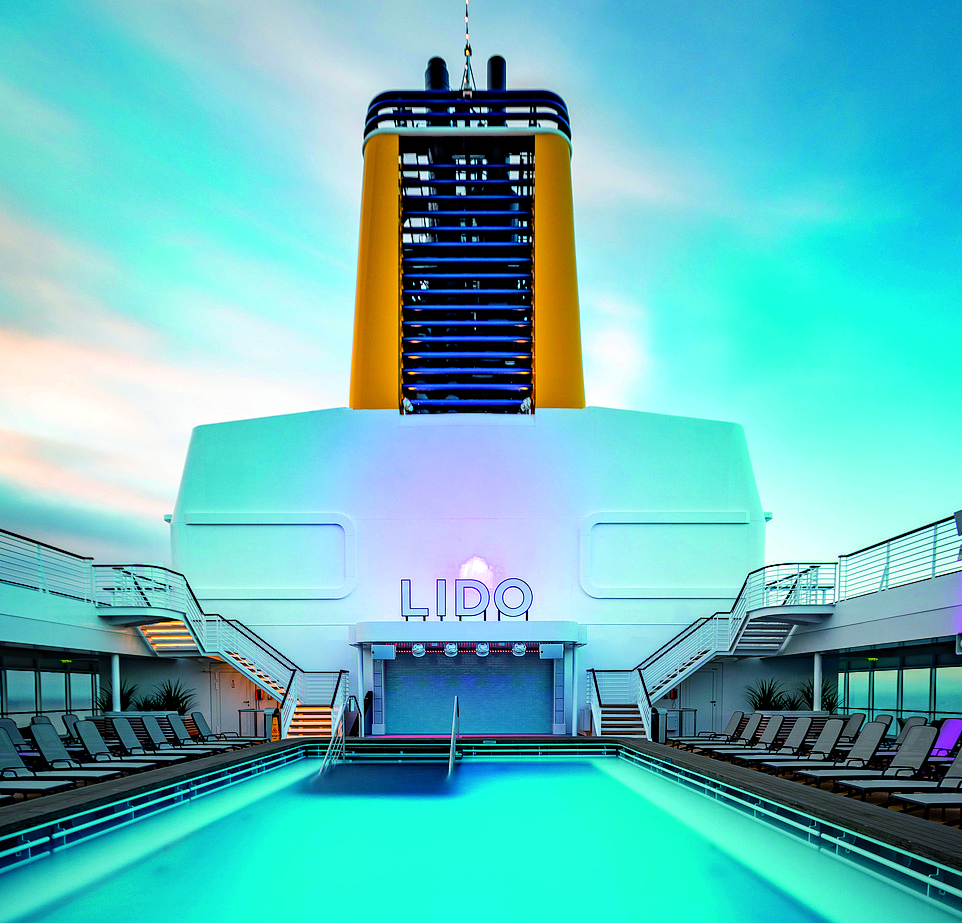 Mark admired ‘the trendy art-deco lido’  aboard the Spirit of Discovery, which has an emphasis on ‘boutique cruising’ 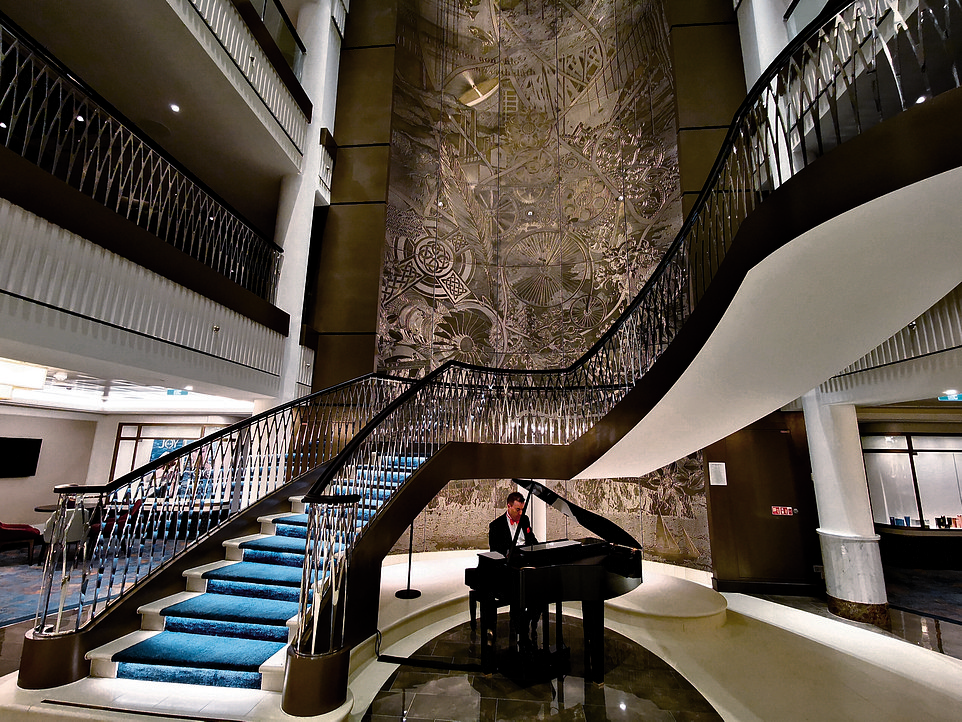 Pictured is the grand piano on the Spirit of Discovery, which also features five restaurants, a library, and a fully fledged spa

There’s a touch of the boutique in the entertainment, as well. One evening we turn up for a concert by 20-something twin sisters who live in northern Sweden, one of whom plays the cello, the other violin. They are delightfully quirky.

‘This is a song we wrote for all the animals in the woods who can’t sleep because the moon is too bright,’ says one of them by way of introduction to a melody that might well help insomniac animals but strikes us as somewhat discordant, albeit in a charming way.

My birthday coincides with our arrival in Stockholm. To my horror, at dinner that night in the main restaurant at least eight members of staff, one carrying a guitar, appear at our table and sing Happy Birthday several times.

Birthdays tend to make one feel old but, frankly, I feel young on this cruise. Average age? North of 75, I would guess, hence the abundance of space to sit and cogitate if you don’t fancy an excursion. From time to time, Jools Holland does a star turn on both ships but we have to make do with Wayne Sleep. Then there’s our new-found hero Marcus Sherwood, a retired headmaster, who is the ‘Destinations Speaker’ and one who captures the essence of each city with a light touch and wry sense of humour. 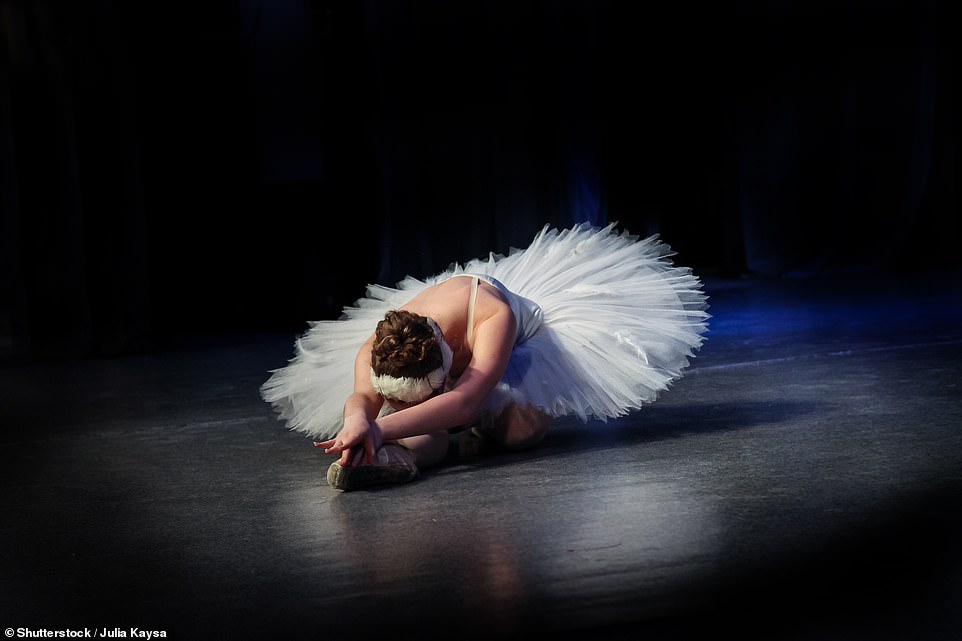 ‘Nothing quite matches the performance of Swan Lake in the Hermitage Theatre in St Petersburg,’ says Mark (file photo)

Stockholm — surely one of the most underrated cities in the world — is a highlight, along with a half day of devotion to the Finnish composer Jean Sibelius in Helsinki and a tour of Tallinn, which we organise independently with the local tourist board.

But nothing quite matches the performance of Swan Lake in the Hermitage Theatre in St Petersburg — where, despite some boorish Chinese tourists taking pictures during the performance, we sit so close to the stage that we can see the perspiration on the faces of the dancers and hear the wonderful Tchaikovsky score like never before.

When we emerge two-and-a-half hours later, St Petersburg — variously known as the ‘Venice of the North’, ‘second Amsterdam’ or ‘northern Rome’ — twinkles under a full moon. And while the notion of boutique hotels might seem incongruous in St Petersburg, it’s good to know that our floating version, with its amiable staff, is waiting for us nearby.

A Step-By-Step Guide to the Global Entry Application Process

The Mulia, Bali: Beachside perfection with plenty of indulgent extras

Camping: Quick and easy recipes to cook even if you are staying in a tent