Sporting a big grin, with strips of fish caramelising in the Arctic sunshine by his front door and his grandson playing in tiny polar bear trousers across the way, Ikuu Oshima looks to be the picture of happiness.

I bump into the youthful 71-year-old in Siorapaluk, the northernmost settlement in the world, where it can reach -43 degrees Celsius and it is dark for weeks at a time in the winter.

It’s a tiny community – home to less than 60 inhabitants (there are just seven at the local school) – and sealing, whaling and fishing are the only trades keeping people here. Amazingly, Ikuu moved there from Tokyo more than 46 years ago after seeing pictures of it in books and reading about explorers who had ventured there. He fell in love with the place instantly, married a local woman… and never returned home. 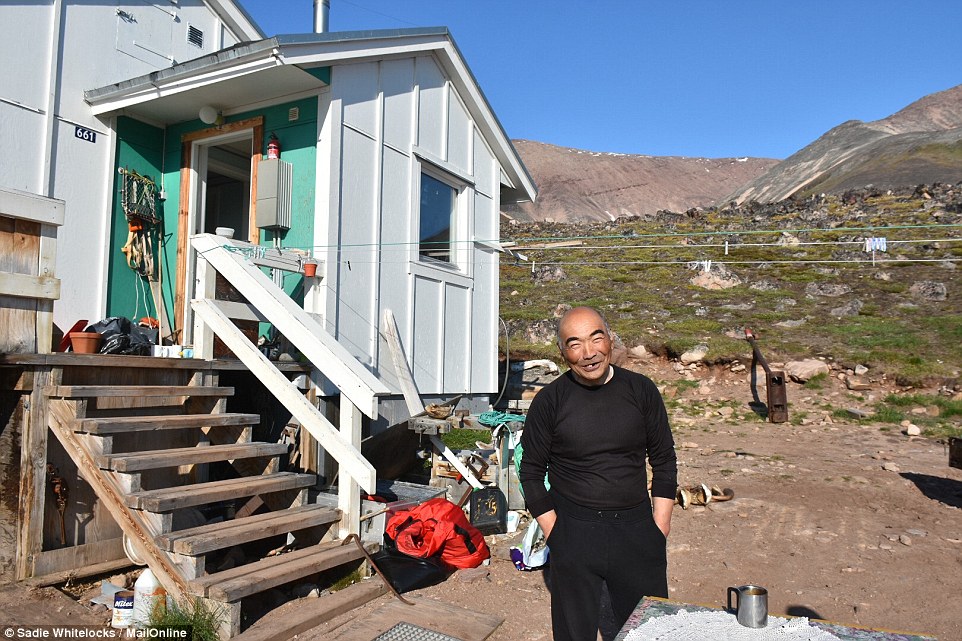 Ikuu Oshima moved to Siorapaluk, the world’s northernmost settlement, in 1972 from Tokyo

Ikuu tells me that he’d always been an adventurous soul and as a young man he was a member of a mountaineering club. It was that explorer spirit that led him on the journey of a lifetime.

After researching ways to get to Siorapaluk, Ikuu – who was then 25 years old and had never been abroad before – hatched an action plan.

He flew from Tokyo to Copenhagen and then in the Danish capital he had to wait around a month to get special permission to fly to Thule in Greenland.

The area is home to the U.S.’s northernmost military base so there are special rules around visiting the spot.

Ikuu tells me he didn’t like Copenhagen very much and there were ‘no smiles from the Danish people there’.

The Japanese native continues: ‘Sometimes it was like people were looking down at me, it wasn’t a nice feeling.’ 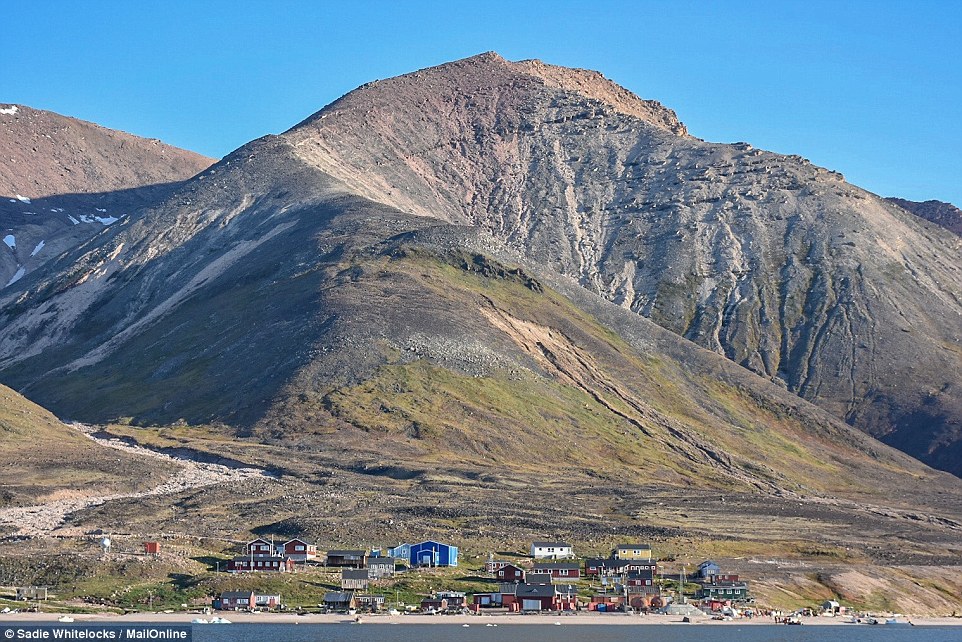 Siorapaluk is home to less than 60 inhabitants. There are seven children at the school. Sealing, whaling and fishing are the only trades keeping people here 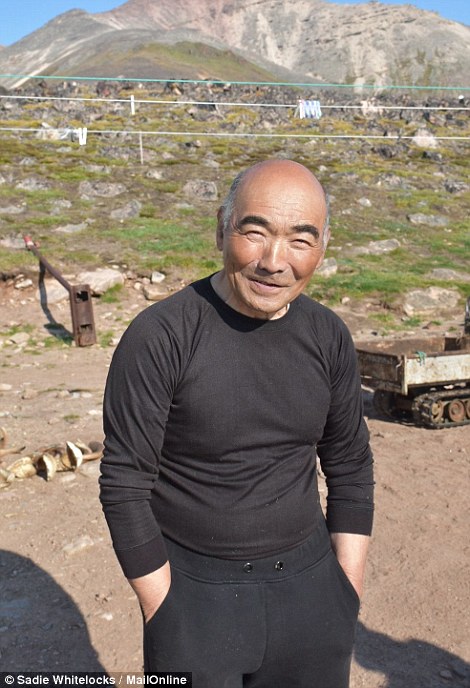 Ikuu (left) never returned to Japan after moving to Greenland. He now lives across the way from his son and grandchild (pictured right with his daughter-in-law)

After finally being granted a transit permit to get to Thule, Ikuu purchased a ticket for around 3,600 Danish Krone (£435) to fly there.

He was a trained mechanical engineer and had been doing odd jobs to save money for his travels.

After arriving in Thule, Ikuu said he instantly found that people were friendlier than they were in Copenhagen and he stayed in a community house with a group of hunters.

He muses: ‘Everyone was so smiley, I liked it very much and I felt at home.’

After staying at Thule for a short time, Ikuu met up with a Japanese explorer who agreed to take him to Siorapaluk across the treacherous frozen landscape.

The duo travelled by sled with a pack of Greenland dogs.

Recounting the journey, the ever-smiling Ikuu says: ‘It took five to six days to get from the air base here. 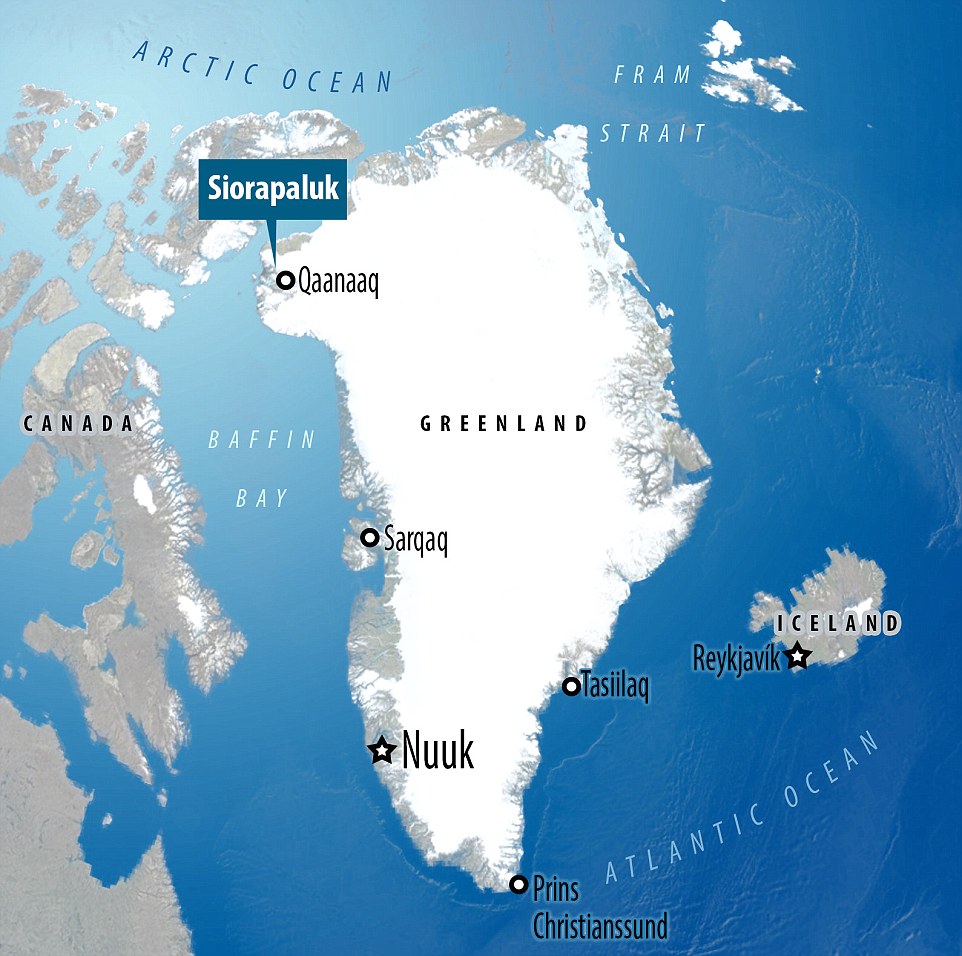 Siorapaluk is a settlement in the Qaanaaq area of northern Greenland. It is possible to get there by boat and helicopter or overland by sled

‘Sometimes we needed to walk with the dogs, they were lazy and became tired.’

Finally, after days trekking through the Greenlandic wilds, Ikuu pulled up at Siorapaluk.

Describing how he felt when he arrived at the place he always dreamed of visiting, Ikuu says with a glint in his eye: ‘I was surprised so much. The weather, the landscape, it was beautiful.

‘The children were much smarter than in Tokyo. I met a 16-year-old hunter who would go out for days alone. Back home in Japan, children were more like 25 when they went out to live alone and leave their parents.’

Feeling happy and at home Siorapaluk, Ikuu decided to stay.

Over time he learned the local language, learned how to hunt, married a woman in the community and went on to have a family.

Venturing around the small community, it’s hard to imagine life there, especially coming from the city bustle.

I see around 15 to 20 houses and come across the post office and a shop but that’s it.

I’m told not to buy anything in the store as supplies are crucial for the locals – they are shipped in and drop-offs are infrequent. The same goes for the doctor, who visits every three months.

There are no roads in Siorapaluk and I meet the local rubbish collector who carts the trash along in a trailer attached to a quad bike-like vehicle. 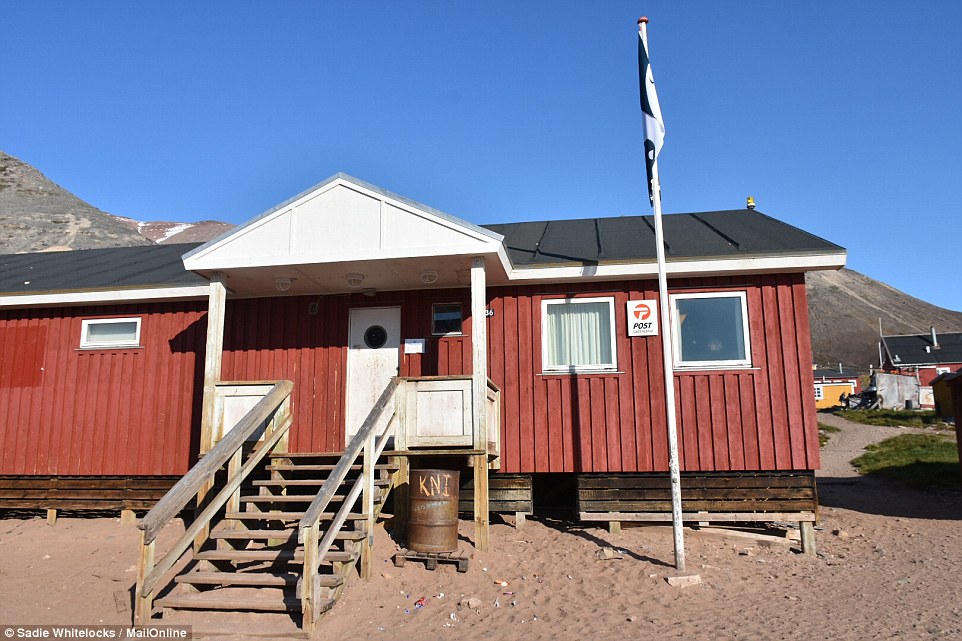 A view of the small shop and post office in Siorapaluk, where there are sandy dirt tracks instead of tarmac roads 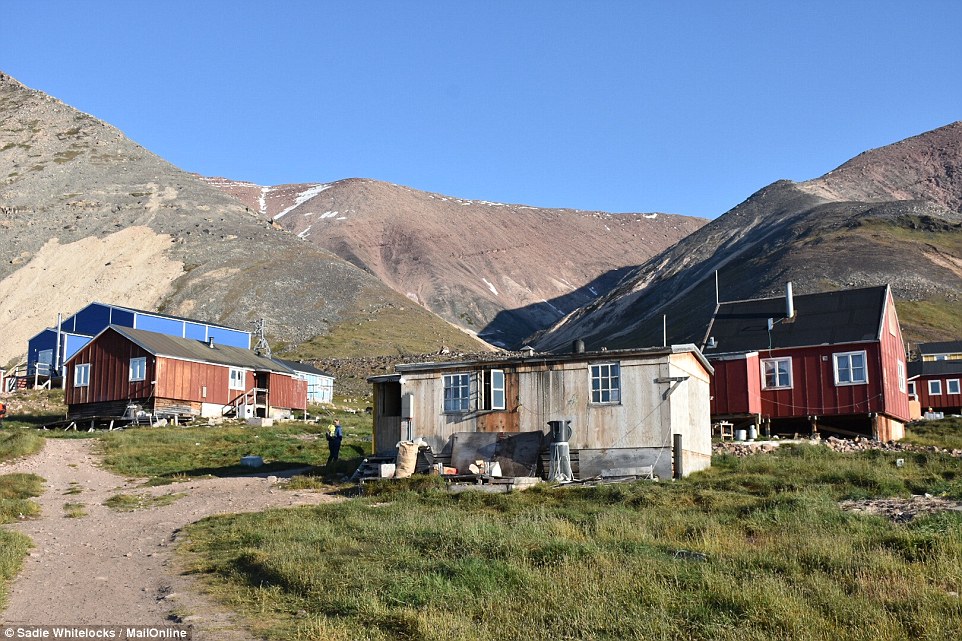 When it comes to home comforts, there is a small power plant in the settlement and heat is produced by means of paraffin heaters or oil-fired burners. Meanwhile, there is no water supply, meaning residents must rely on creeks in the summer and melt ice in the winter

He tells me the refuse is dumped on a stretch of beach around the corner, where it is then burned.

When it comes to home comforts, I’m informed there is a small power plant in the settlement and heat is produced by means of paraffin heaters or oil-fired burners.

Meanwhile, there is no water supply meaning residents must rely on creeks in the summer and melt ice in the winter.

But for Ikuu this simple, uncomplicated way of life is all he could wish for.

Sadly, his wife passed away this spring, but the septuagenarian is happy that his son and grandson live across the way.

He says his parents never visited him in Greenland but his brother came to stay, just once.

I bid Ikuu a fond farewell.

Siorapaluk is a harsh place to live, but he certainly seems to be doing well on it. The jolliest man I’ve met in a while.

MailOnline Travel ventured to Siorapaluk during a voyage with expedition cruise company Hurtigruten on its 17-day Midnight Sun Exploration itinerary, with prices starting from £7,959.

Regular flights with SAS run from London Heathrow to Copenhagan, with transfers via Air Greenland to Kangerlussuaq.

Learn to Relax and Sleep Better With These 13 Meditation Apps