Home » Travel » The Micro-Cation Grows in Popularity With Millennials

The “micro-cation” is officially a trend—and millennials are leading the way.

Fifty-seven percent of Americans did not take a leisure trip longer than four nights in the last year, according to data from the 2019 Vacation Confidence Index* released by Allianz Global Assistance. Data also found that three-quarters (72 percent) of millennials took at least one micro-cation during that same timeframe.

Older generations, including Gen-X and baby boomers, also enjoy the micro-cation. Sixty-nine percent of Gen-Xers took a short getaway as did 60 percent of baby boomers.

While short getaways have always been popular, research is finding that these micro-cations are now replacing longer, more traditional weeklong trips.

Almost two in 10 Americans (18 percent) said their longest trip in the last year was three to four nights, while one in 10 (11 percent) took no trips longer than just one to two nights.

However, the trend of micro-cationing may allow many Americans to travel more frequently. Twenty-five percent of the general population and one in three (29 percent) of millennials saying they took at least three micro-cations in the last year.

The added appeal of short getaways is that it’s easier to take time off work. Thirty-two percent of Americans said that it was easier to get time off for shorter periods, and another 32 percent said that they did not need more than five nights for the purpose of the trip, such as attending a wedding or visiting friends.

Other reasons people prefer taking more frequent shorter vacations than fewer longer trips include not wanting to spend money on longer trips (19 percent) and it being easier to find a travel companion for a shorter trip (10 percent). 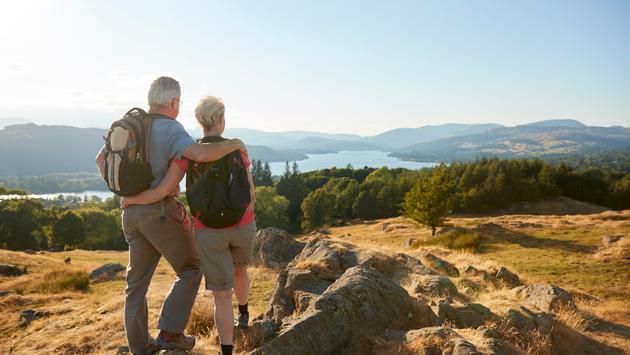 While micro-cations may be on the rise, survey results still show that a large portion of the American population doesn’t take any vacation. The survey found that 28 percent of all Americans have not taken a leisure trip of any length in the past year. Baby boomers are especially guilty, with 35 percent saying they did not take a leisure trip in the last year. Twenty-six percent of millennials and 24 percent of Gen-X indicated the same.

“The days of the ubiquitous week-long summer vacation may be disappearing, but we’re happy to see that Americans, especially millennials, are eager to travel more frequently,” said Daniel Durazo, director of communications at Allianz Global Assistance USA. “The rise of micro-cations may also lead to increased interest in visiting vibrant domestic locales over exotic, far-flung destinations. Whether traveling for two nights or two weeks, travel insurance can protect you, your luggage and your vacation investment.”

A passenger plane carrying 28 people crashed into the sea in Russia's far east, with no survivors reported

A taste of the Maldives: Transport to the tropics with this vodka & elderflower cocktail