Ad Feature by Tourist Board Split

It’s been more than 17 centuries since the Roman emperor Diocletian built a palace to spend his last days near the great ancient city of Salona in modern day Croatia.

The city of Split was born inside this old imperial palace, before expanding beyond its walls as it grew rich through trade and commerce – aided by an enviable location on the sun-drenched shores of the Adriatic.

Today, it thrills visitors from across the world with its magical combination of magnificent history, rich tradition, and exceptional natural beauty. Below we reveal just some of the experiences you can look forward to in a city unlike any other.

Layers of history everywhere you look

Diocletian’s Palace and the historical centre of Split have been on UNESCO’s World Heritage list since 1979.

The extraordinary complex is one of the most imposing Roman structures still in existence today, but what makes it truly unique is its status as a truly living building. Today, the palace makes up about half of Split’s old town, and thousands of people still live and work within its walls.

A stroll through the labyrinthine streets of the ancient city is like travelling through time, with an eclectic mix of architectural wonders from every era of its long history, beginning with the Romans and Byzantines through to the Venetian, French, and Austrian administrations.

In the main square, it’s not hard to imagine the swish of togas among the ancient marble columns. And by walking for just a few minutes you can see everything from a Romanesque church and a Gothic palace to the Baroque facades of wealthy merchants’ houses.

The best way to experience the city is by throwing yourself headfirst into local life with a visit to the fish market and green market – which sells fresh, locally sourced fruit and vegetables – or simply by enjoying the sun while sipping a coffee or tucking into some of the wonderful local cuisine. 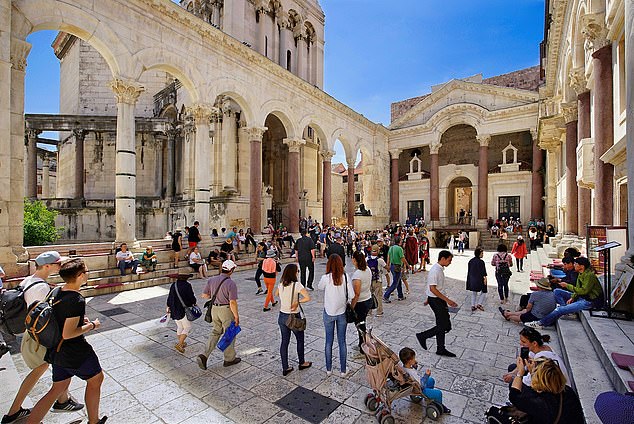 Thousands of people still live and work inside the ancient palace, and layers of history can be seen with every step

Besides its astonishing cultural heritage, Split is also blessed with beautiful open spaces, which are made even more appealing by the city’s delightful climate and natural diversity.

The city’s Adriatic coastline is one of the longest in Croatia, with kilometres of stunning beaches ranging from sandy spots popular with sunbathers to rocky shores shaded by pine-covered hillsides.

There’s no need to travel far to get your seaside fix: many of these beaches are within easy reach of the city centre, while swimmers can enjoy warm water from early May to late October. 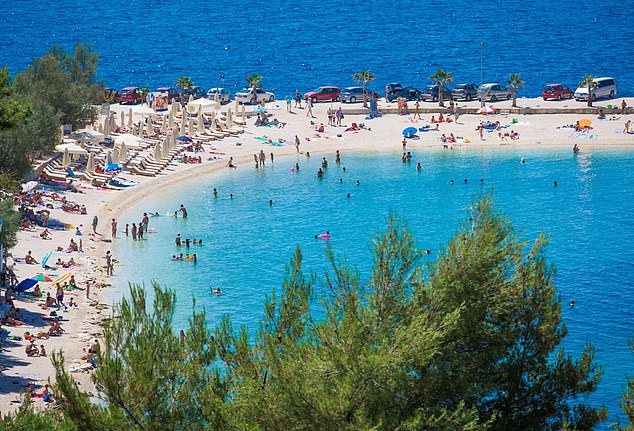 Split has the longest shoreline in Croatia, with plenty of sunny beaches where you can relax

Some of the wilder beaches are part of Marjan Forest Park, a green oasis where you can destress in nature just minutes from the bustling old town.

You’ll find endless trails and paths for running, hiking, walking, or cycling, soaring limestone cliffs for rock-climbing, open-air gyms, and picnic sites, while the panoramic views of the city from the top of the Marjan Hill are simply unforgettable.

And like everywhere in Split, history is never far away, with medieval chapels dotting the hillsides and caves dug out of clefts in the rock that were once inhabited by medieval Christian hermits.

Hiding among the trees, you’ll also find Split’s old Jewish cemetery, with graves dating from 1573 to 1945 – each one telling the story of the community’s important role in making the city what it is today. 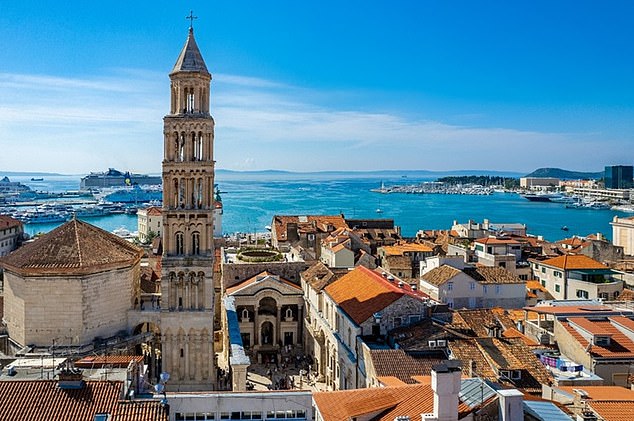 The best way to experience the city is by throwing yourself headfirst into local life with a visit to the fish market and green market – which sells fresh, locally sourced fruit and vegetables – or simply by enjoying the sun while sipping a coffee

While you’ll be spoilt for choice for things to do in Split, it’s also an excellent base for excursions to the Dalmatian Islands – which sit just off the coast – as well as the city’s rural hinterland.

Both are full of natural and cultural treasures. After all, there aren’t many places where you can take a day trip to no fewer than ten UNESCO World Heritage sites, and two national parks!

Split is also a popular starting point for cruises along Croatia’s Adriatic coastline. You’ll find more than 1,000 islands dotting its crystal-clear waters, and plenty of charming coastal towns each with their own unique character. 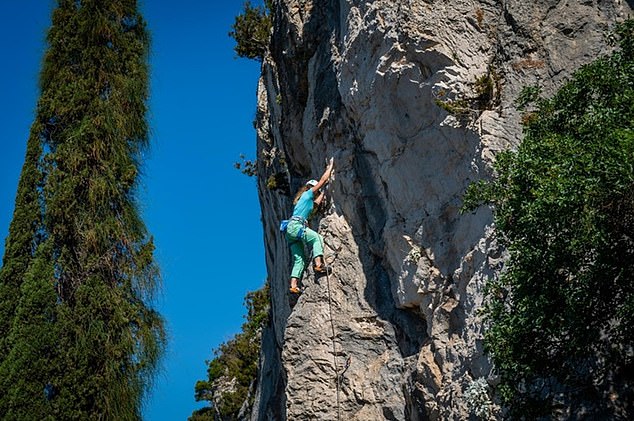 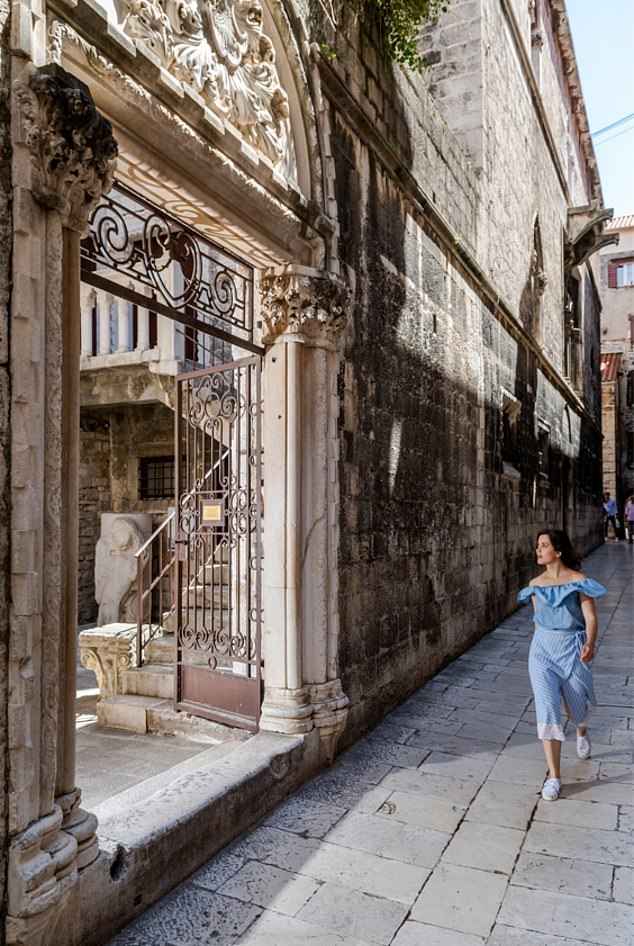 A stroll through the labyrinthine streets of the ancient city is like travelling through time, with an eclectic mix of architectural wonders from every era of its long history

Nature lovers will find plenty to excite them in the wider Dalmatia region: an astonishingly varied landscape of mountains, hills and plains interspersed by fast-flowing rivers, cascading waterfalls, and vivid blue lakes.

After just half an hour in the car you can reach hiking spots on the Mosor, Kozjak or Biokovo mountain ranges, which are roamed by wild goats, lynx, wolves, and bears.

You can also go rafting or canyoning on the Cetina river, which rises from a 490-foot-deep spring that – when viewed from above – resembles a human eye. It then winds for 65 miles through splendid countryside, passing sleepy villages along the way.

You’ll also find amazing archaeological sites such as the Roman ruins at Salona – located three miles north-east of Split, where you can walk around the old forum, theatre, public baths and amphitheatre dotted among olive trees and vineyards. 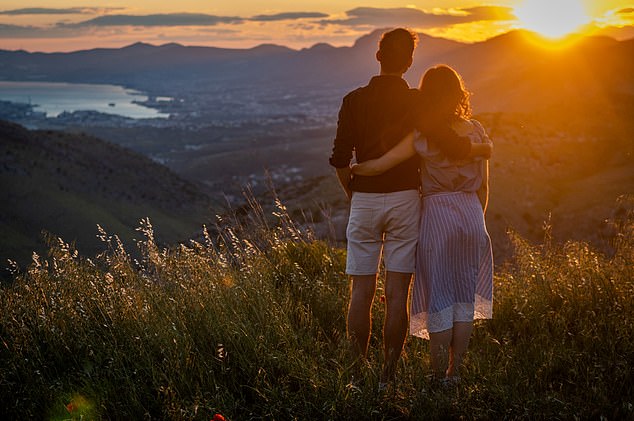 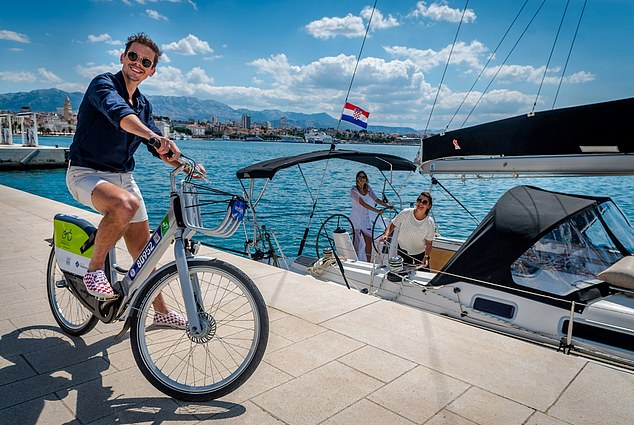 PRO TIP: Have a cup of coffee on the Riva and then board a boat for excursions to the nearest island

Direct flights from the UK

Getting to Split could not be easier! It has great connections to the UK, with seasonal flights from most major airports.

Flights between the UK and Split take around two hours and a half, depending on where you’re flying from.

Several airlines already announced direct flights from London, Manchester, Bristol, Birmingham, Leeds, Edinburgh, and Glasgow, while there are hopes this list will be extended in the future.

Get planning your trip and discover all Split as to offer at visitsplit.com.